Built in 1912, the C. Bascom Slemp Federal Building is located in the heart of Big Stone Gap, Virginia. The building previously served as a federal courthouse and currently operates as the town's post office. When first constructed, the Slemp Federal Building symbolized Big Stone Gap's growing wealth and prosperity, which it derived from the expanding coal industry. Many associate the building with the center of the community, as it serves as a landmark location for locals and visitors. It is a designated historic building with listings on both the National Register of Historic Places and the Virginia Landmarks Register. 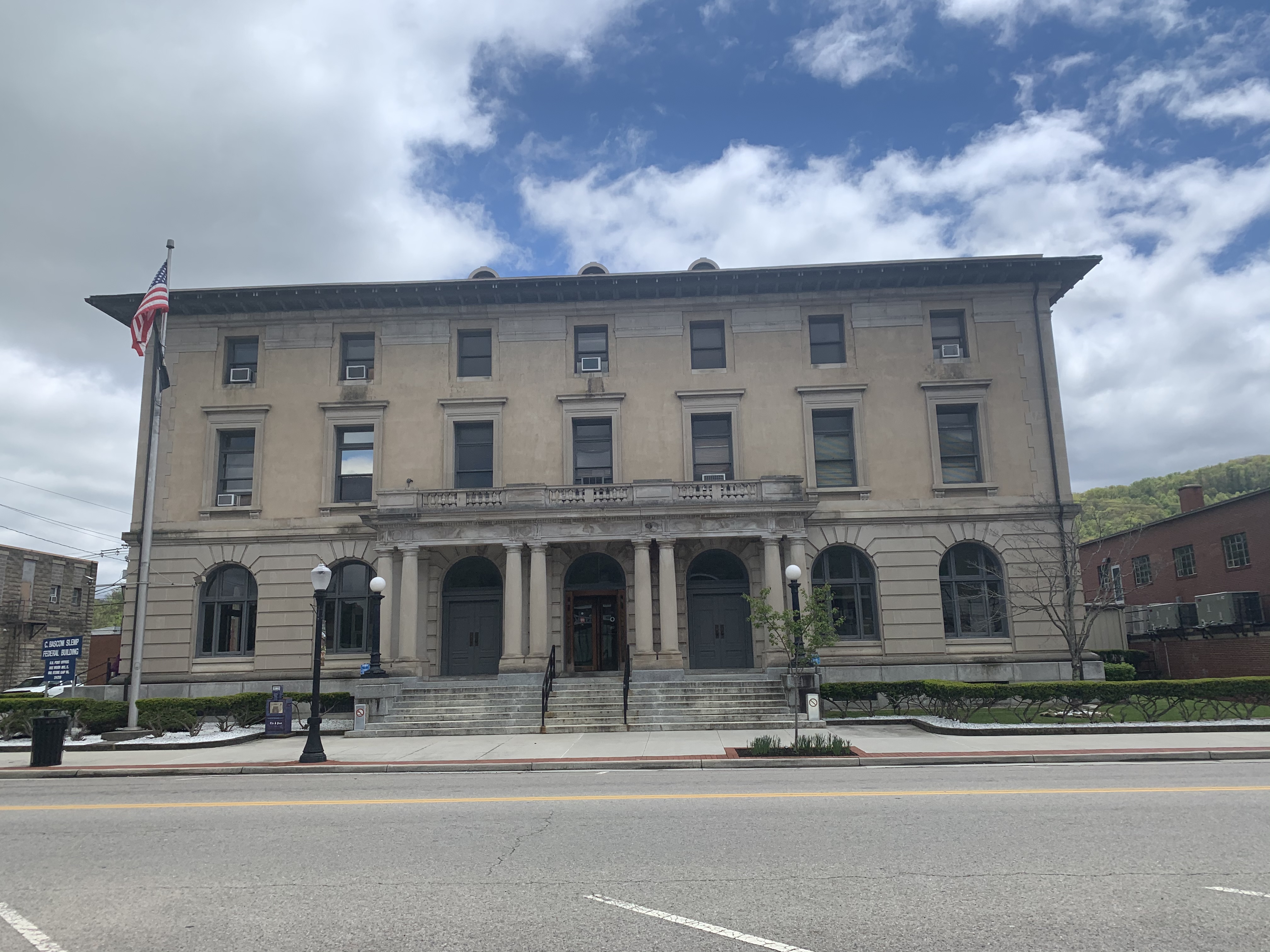 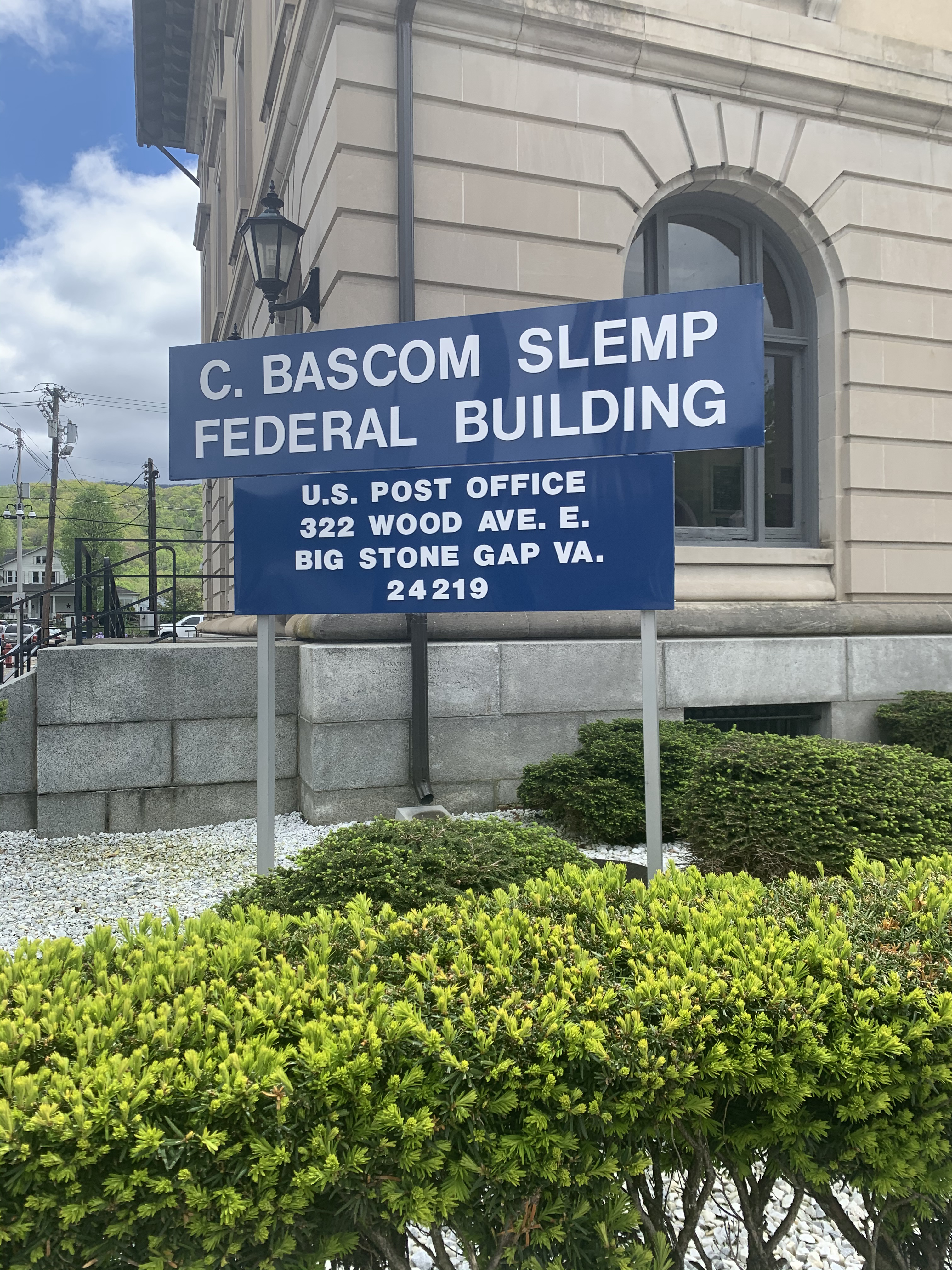 James Knox Taylor, a supervising architect in the U.S. Treasury Department, designed the C. Bascom Slemp Federal Building in the Second Renaissance style, a rare architectural form in Wise County. The Plowman Construction Company of Philadelphia began work on the building in April 1911, and it opened for business toward the end of the following year. Primary materials used in the building were steel, marble, and limestone. The public lobby, where residents of Big Stone Gap can access the post office boxes, became the most regularly used section of the building. The second and third floors hold courtrooms, offices, and a law library. Although there is not a presiding judge, occasional legal proceedings do take place.

The namesake of the building comes from U.S. Congressman C. Bascom Slemp. Born into a political family in Lee County, Virginia, Slemp eventually became the leading Republican statesman in a primarily Democratic state. Slemp served the 9th congressional district of Virginia from 1907 to 1923. Following his final term, he served as presidential secretary to President Calvin Coolidge. The Congressman controlled state party patronage and wielded significant power within the national party. With Big Stone Gap's Federal Building under construction, Slemp battled President William Howard Taft's Postmaster General, Frank H. Hitchcock, who, notes Guy Hathorn, "had made certain appointments in Virginia without consulting" Slemp. Hitchcock sought to assert control over all southern Republican delegations, but Slemp maintained his power over state delegates after gaining the President's support. Throughout his political career, Slemp sought to develop southwestern Virginia's economy as well as enhance educational opportunities for coalfield residents. His will designated funds for the development of the Slemp Foundation, which provides funding for the "health, education, and welfare" of Lee and Wise County residents. Other buildings, including the C. Bascom Slemp Memorial Library, commemorate him as well.

The Slemp Federal Building appeared in the media many times. Local newspapers such as the Big Stone Gap Post covered construction, court news, and other related ideas. However, occasionally the building made national news. In In 1977, the Miami Herald reported on the Slemp Federal Building. The building was recognized by President Jimmy Carter during his signing of the “Rape Privacy Act.” The building was designated as one of the federal courthouses in which this would be enacted. Carter likely chose the Slemp building because it was only one of a few federal buildings that served Southwest Virginia.

The overall significance of the Slemp Federal Building is largely symbolic. The building was erected twenty-five years after Big Stone Gap's incorporation. Such a short time span signals the speed at which coalfield communities developed after the railroads first appeared in the late 19th century. The population and economy continued to climb through the 1920s. The Slemp Federal Building stands as a reminder of the many business transactions, social gatherings, and political dealings that helped to define life in the coalfields in the early 20th century.