Images of the old church and the current building 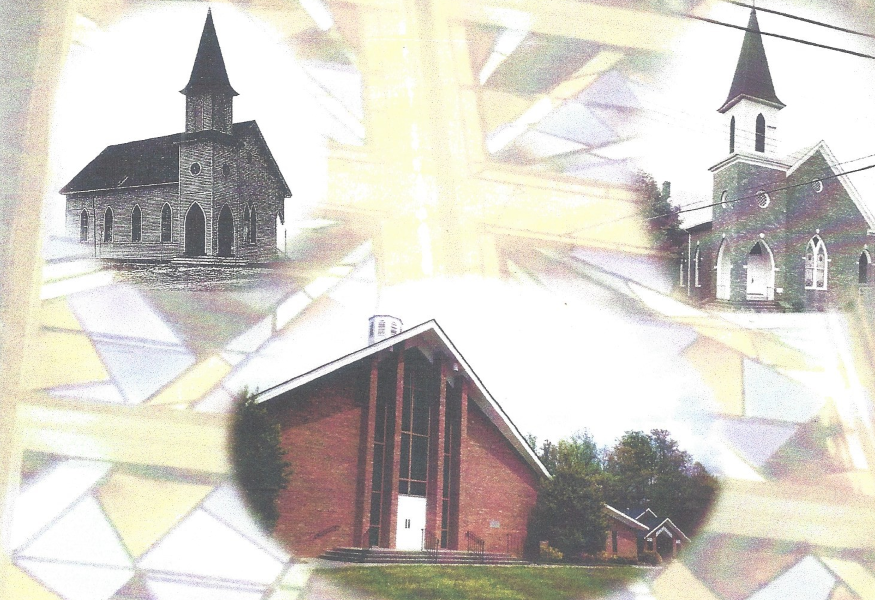 The church was founded in October 1911, by the original 12 members. On January 7th, 1912, the land was selected and construction soon began. Records show member Ray Zimmerman being heavily involved in the construction of the church including efforts to transport the stained-glass windows by horse and buggy from Lexington to Welcome despite heavy storms that required help from strangers who provided shelter along the journey. This original church was just one large sanctuary with two wood stoves on each side of the room to keep it warm. People would gather for church every two weeks in the early days of the church due to the pastors having to serve more than one church back in those days. By 1914 the church had grown to 43 members.

In the coming years, the church would go through some changes, most of them were to be expected like the changing of the guard between pastors, the passing of one of their members and the first marriage ceremony. Mrs. Lula Haynes was the first member of the church to pass away on May 10, 1921, she was taken to Liberty Grove Baptist Church to be laid to rest. That same year the church had their first marriage ceremony of many as Ersley Craver married Yates McManus. On July 2, 1925 the first parsonage for the preacher and his family was finished and the Barr family moved in. The church organized a group called the Woman’s Missionary Society; it was created on September 20, 1925 by J. E. Childress. The group wanted to show their support for the missionaries through their prayers and giving. The group dissipated after a few years but was revived in the early 1930s and is still going on as of today the only change is it is now called the Woman’s Missionary Union now. The first Lord’s Supper communion was taken on November 7th, 1926, after a communion set was donated by Mary Hayes which consisted of two chalice holders, eighty glasses, two plates and a wine container.

In 1932 the church began more construction that would add on ten Sunday School classrooms to the fellowship hall. During this time, they figured they might as well go ahead and improve upon the whole building, so they veneered the whole building with bricks. In the time that it took them to build the new addition and put the bricks on they also decided to improve the walkways by having the sidewalks paved, all of the projects were completed in 1942. Also, in 1942 the church acquired new ground for a cemetery right down the road from the church. The cemetery got its first occupant in Carrie Love who passed away on September 8, 1945. With all of the “newness” in the church some of the leaders in the church though that it was time for a remodel of the sanctuary in 1951. They added a choir area and a baptistery, prior to them having the baptism pool they would baptize people in ponds and rivers. Later in the year the church had their first 11 members baptized in the new baptismal pool. By 1957 the church was still growing, numbers upwards of 250 people were going to church there. So, it was decided that there was a need for a new space to be built. The church wanted to add a three-story educational building to the church.

In 1986 the church celebrated its 75th anniversary and a year later the church opened up a daycare and an after-school program. After adding this the church stabilized and stayed somewhat stagnant. When in 2005 the church bought a bus that they could take on mission trips and in 2008 they got a smaller van. In 2009 the church welcomed a new associate pastor in Jonathan Goodman and in a little less than 11 years later he would be the head pastor leading both of the congregations. He took over for Mark Blair who had been preaching at First Baptist for 20.