This several day battle that began on September 29,1879 and lasted until October 5, 1879 could be called the last of the Indian Wars. The battle pitted the United States military against the Ute Indians. The battle begins with Nathan Meeker who was an Indian agent got into an argument with the Indians. This disagreement caused him to request the War Department to send troop to stop an Indian uprising. General William Tecumseh Sherman upon receiving this request for troops ordered men in the area to help out Meeker.

Picture of the Battlefield Park 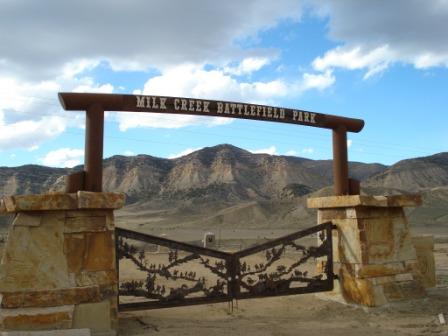 Picture of the Monument 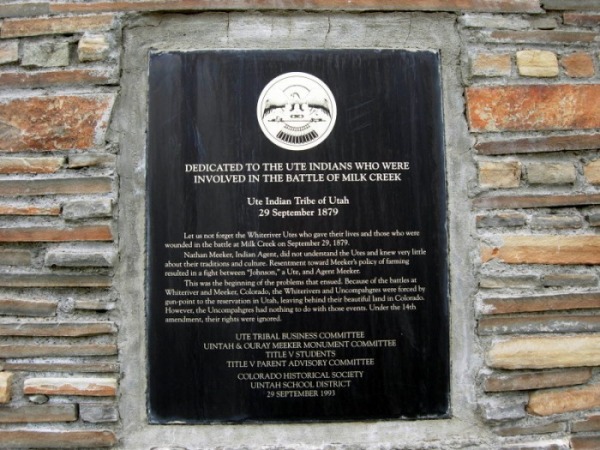 Nathan Meeker could be the one to entirely blame for the events that would take place in this battle. With his demands that this nomadic tribe of Indians kill some of their horses. They of course did not obey this order for them being a nomadic people. When they left their reservation to go on a hunting trip, Meeker considered this to be a violation of the agency. This made him repeat his earlier demands for them to basically modernize. This caused tempers to flare and an argument and a fist fight broke out between Meeker and an Indian. This caused the War Department and General Sherman to get involve and order troops in to help Meeker.

Major Thomas Tipton Thornburgh was eventually put in charge of the Calvary units that was sent to help out Meeker. On September 25 Thornburgh having arrived near the location dispatched a message to have Meeker to meet up with him to come up with a strategy. Jack a young part Indian who server as a scout approached Thornburgh and asked him what he was there for and after learning he proceeded to tell him that this would violate a treaty. Instead he asked for him to send a peace delegation, Thornburgh declined this not knowing that Meeker

The Ute Indians seen the continued approach of the Calvary as an act of aggression and proceeded to prepare for battle. The battle lasted for a week however the entire tone of it was set within the beginning moments of the engagement. The Indians just wanted to block the soldiers from entering the reservation and thought that would cause a retreat. However the entire battle lacked tactical movement on both sides. The American ended up being surrounded for the duration of the battle and had to send a request out for reinforcements. This siege battle lasted until October 5 when Colonel Wesley Merritt causing the Indians to realize there was no point to fight anymore and surrender.