The Survivors’ Staircase was the last visible remaining original structure at the World Trade Center site. Originally, it was two outdoor flights of granite-clad stairs and an escalator that connected Vesey Street to the World Trade Center’s Austin J. Tobin Plaza. The stairs served as an escape route for hundreds of people during the September 11, 2001, attacks. The staircase has now been moved and is a feature of the National September 11 Memorial and Museum. 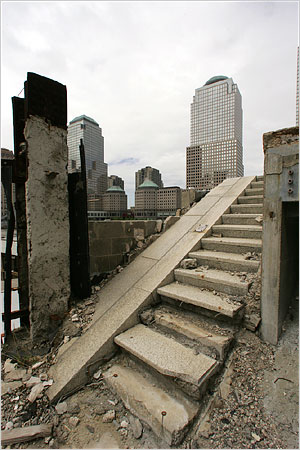 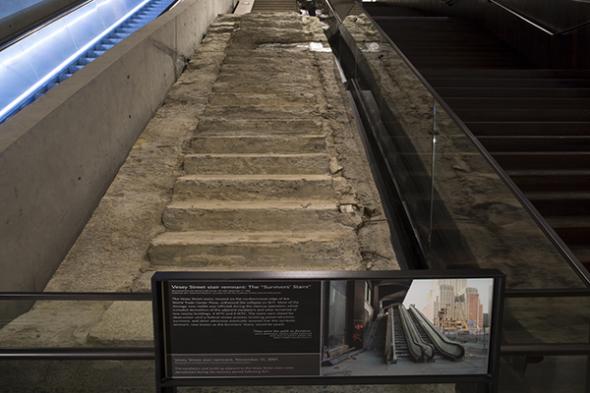 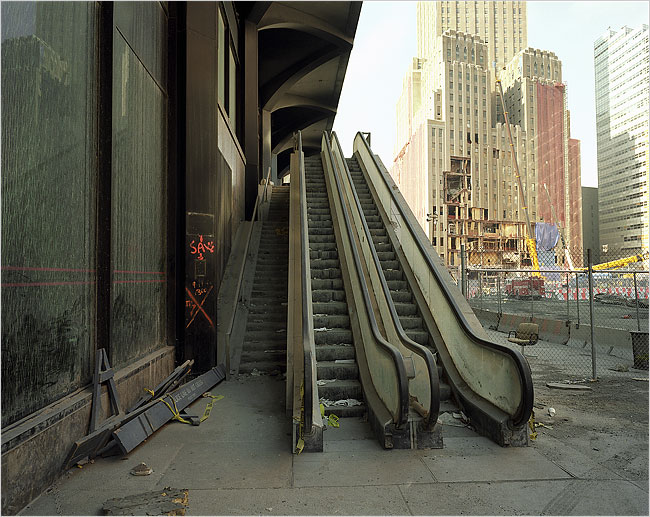 The preservation of the staircase became a matter of dispute on May 11, 2006. It was listed as one of America’s Most Endangered Places by the National Trust for Historic Places. Preservationists and survivors of the 2001 attack began campaigning to leave the staircase where it was. Unfortunately it was located in the exact spot where a new skyscraper was going to be built to replace the destroyed towers.

After years of debate over what to do about the staircase, officials decided to move the stairs about 200 feet west on the site. It was going to be stored there until it could be installed at the September 11 Memorial and Museum. A ceremony took place as the staircase was lifted by a crane onto a flatbed truck and then moved. The staircase was originally 175 tons and stood 22 feet tall, but now is battered and broken. It is still standing and that has served as a symbol for many survivors.

In 2010 the staircase, two “tridents” of the Twin Tower facade, and other oversize artifacts were placed into the National September 11 Memorial and Museum. Once the stairs were in place,the Memorial Plaza and museum entrance pavilion were built above it. The staircase is now a major feature of the museum.