In 1969, Neil Armstrong was the first man to land on the moon. Armstrong's hometown was Wapakoneta, Ohio. After Neil's trip to the moon, many reports started to travel to his home town to interview his parents. When Neil returned to his hometown the citizens held a parade for him. There were thousands that gathered, including James A. Rhodes, Governor of Ohio. Soon after this celebration Governor Rhodes suggested that a museum be built to honor Neil's accomplishments. With funding from the state. local businesses, and individuals the museum was finally finished on July 20, 1972. 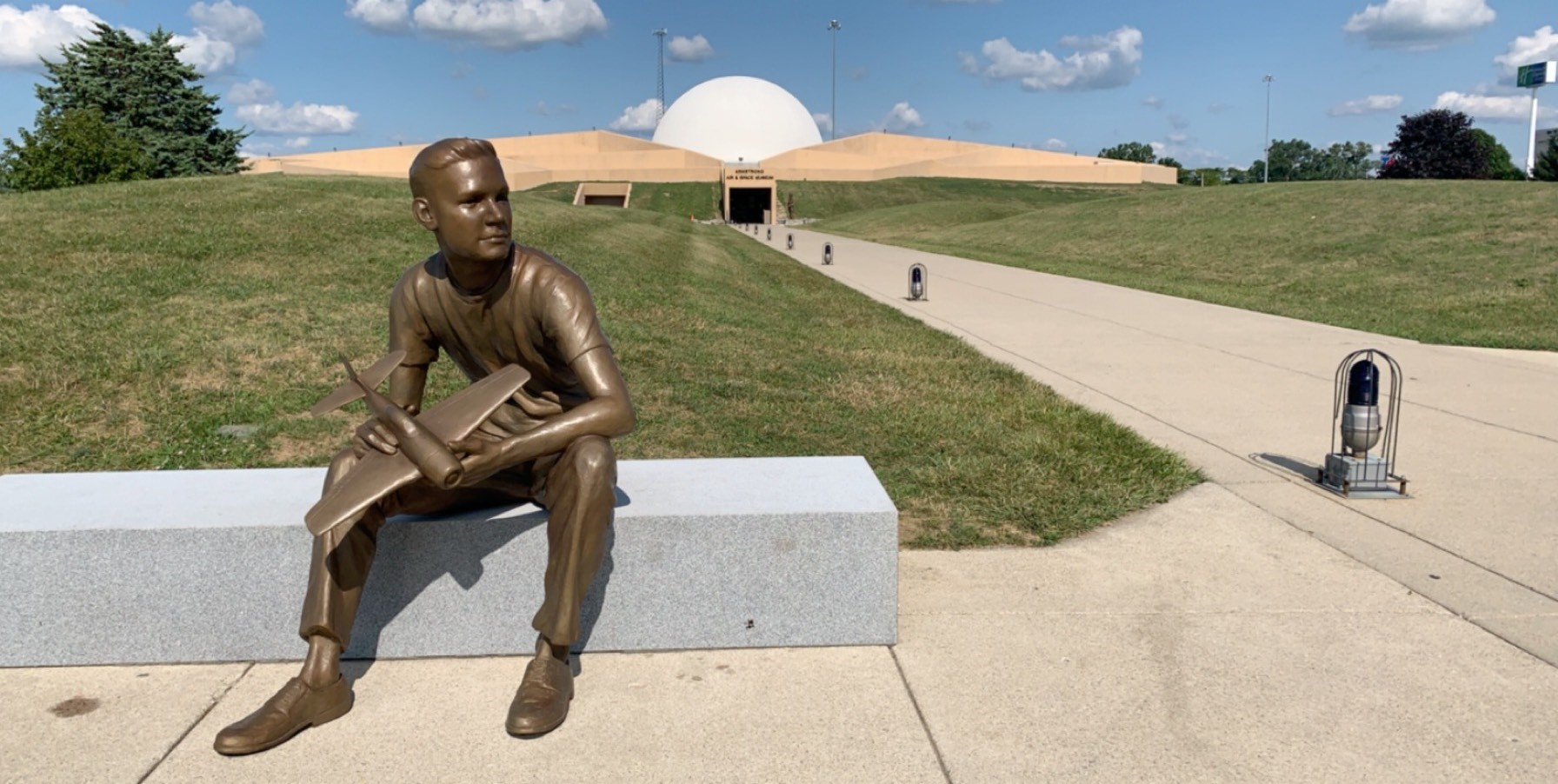 When the museum first opened the annual attendance was more then 100,000. The Ohio History Connection (OHC) was in charge of running the museum. After the first initial enthusiasm for the museum attendance began to drop. During the State budget crisis, the state greatly reduced the funding for the museum. In response the Armstrong museum staff began making phone call in an attempt to keep the museum open. This led to a group of citizens to discuss the situation, it was then decided to form a non profit organization to work out an arrangement with the OHC. This organization became known as the "Armstrong Air and Space Museum Association". The group eventually worked out a contract with the OHC, which turned over operations of the museum to the association. Today the association does many different things to help the community using the museum. They had began working with local school districts to provide gifted and STEAM education, conduction astronaut camps, and bringing the story of Neil Armstrong and the space program to libraries throughout Ohio and even some nearby states,