Imagine this... Its Saturday night, your friends and you are thinking tonight is a great night to go enjoy a movie at the local theater. By the time you get to the theater, its already starting to fill up with people of all ages. You rush up a pair of old, musty stairs excited to find the perfect seat, only to reach the top and see piles of old popcorn, spilled soda and candy wrappers covering the floor. Walking to your seat you realize half of the chairs are broken and suddenly your excitement diminishes. You look over the edge of the balcony to see the crowd below and realize every seat is full and there is not a speck of dirt to be found throughout the level. You sit down in your tiny seat and try to enjoy the movie but the entire time you are wishing for the day when you'll be allowed to enjoy the commodities that the people of the lower deck get to experience not only at the theater, but everywhere else as well. That was the reality of African American men, women and children during the civil rights area in Harford County. For the few theaters in Harford county that allowed African American people to attend they were shoved into a small, cramped balcony at the top of the theater. Usually the balconies were dirty and forgotten about by their owners. The only way to access the balcony was through stairs that were around the corner of the building and usually completely outside. The State Theater in Havre de Grace was a perfect example of this. During the Civil Rights era (1950s-1960s) The State Theater was a segregated movie theater down by the water in Havre de Grace. In this clio project we will talk about segregation in theaters in Harford county during the Civil Rights Era. 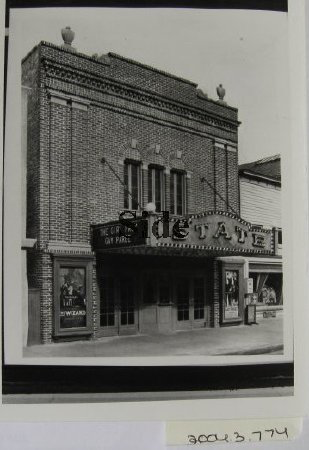 An ad for the theaters showings 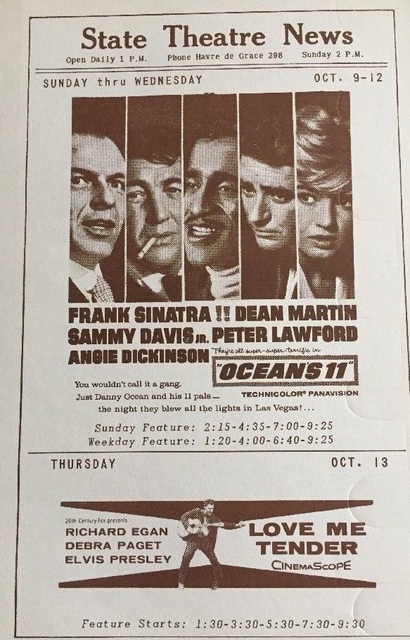 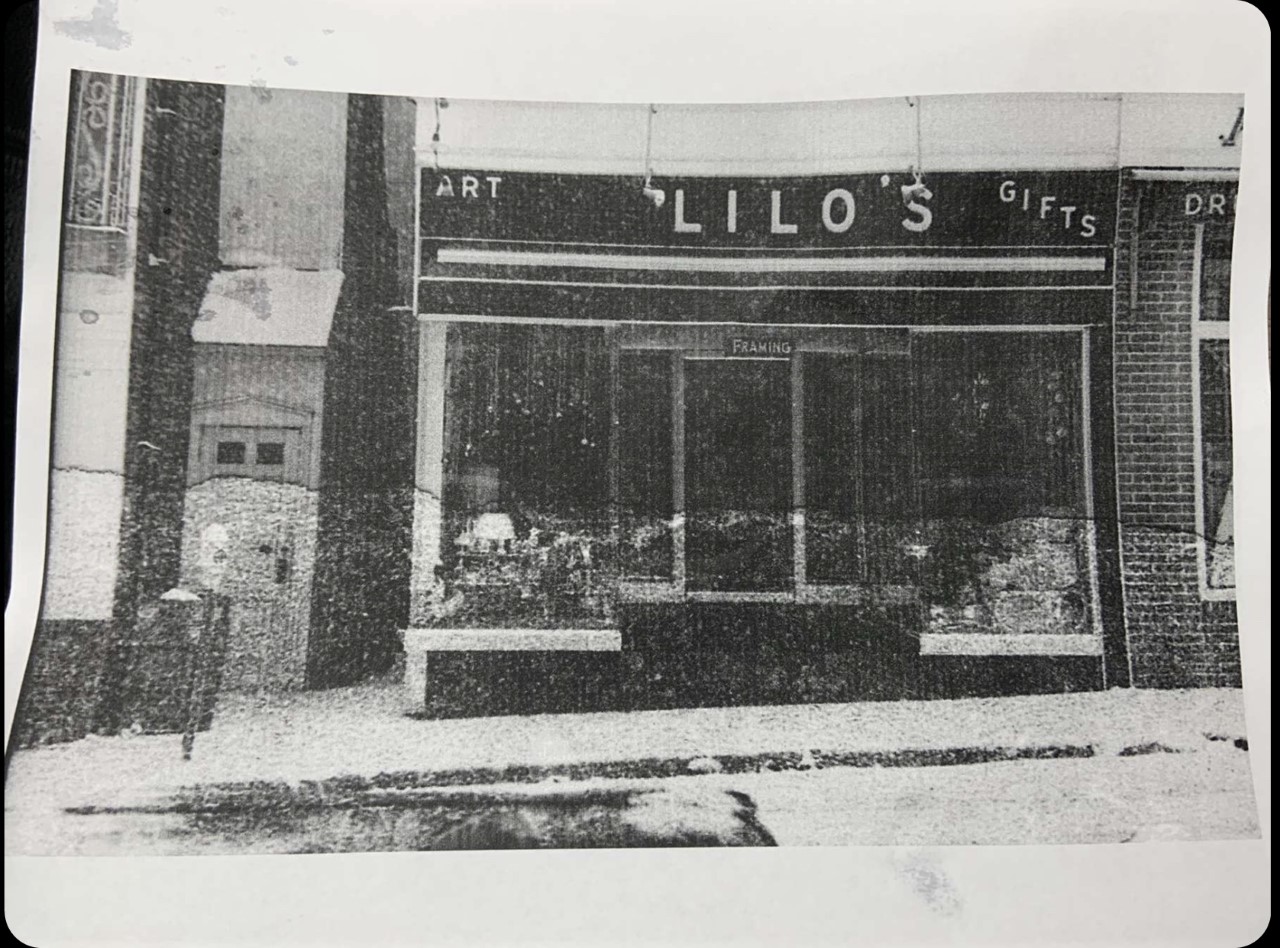 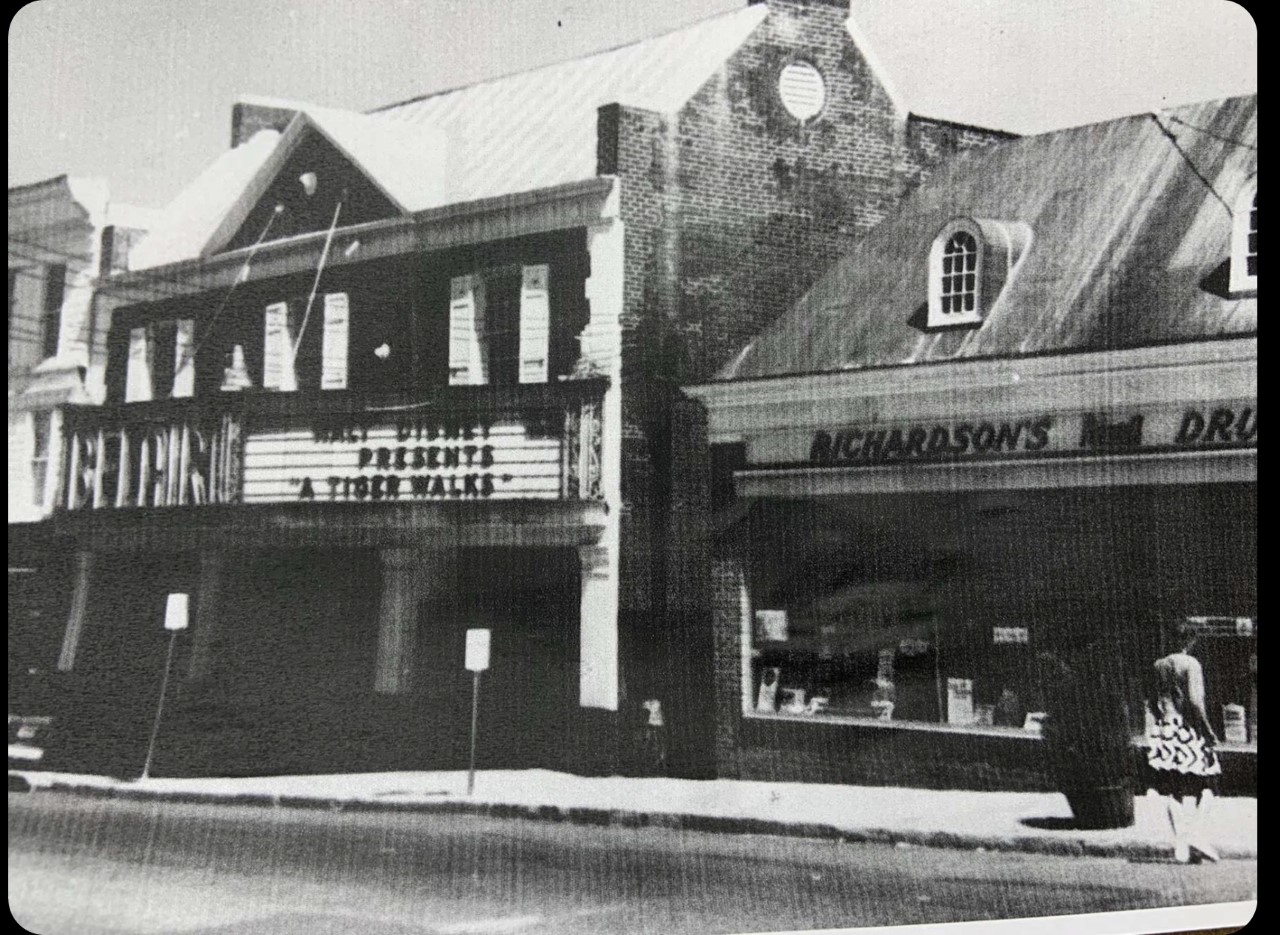 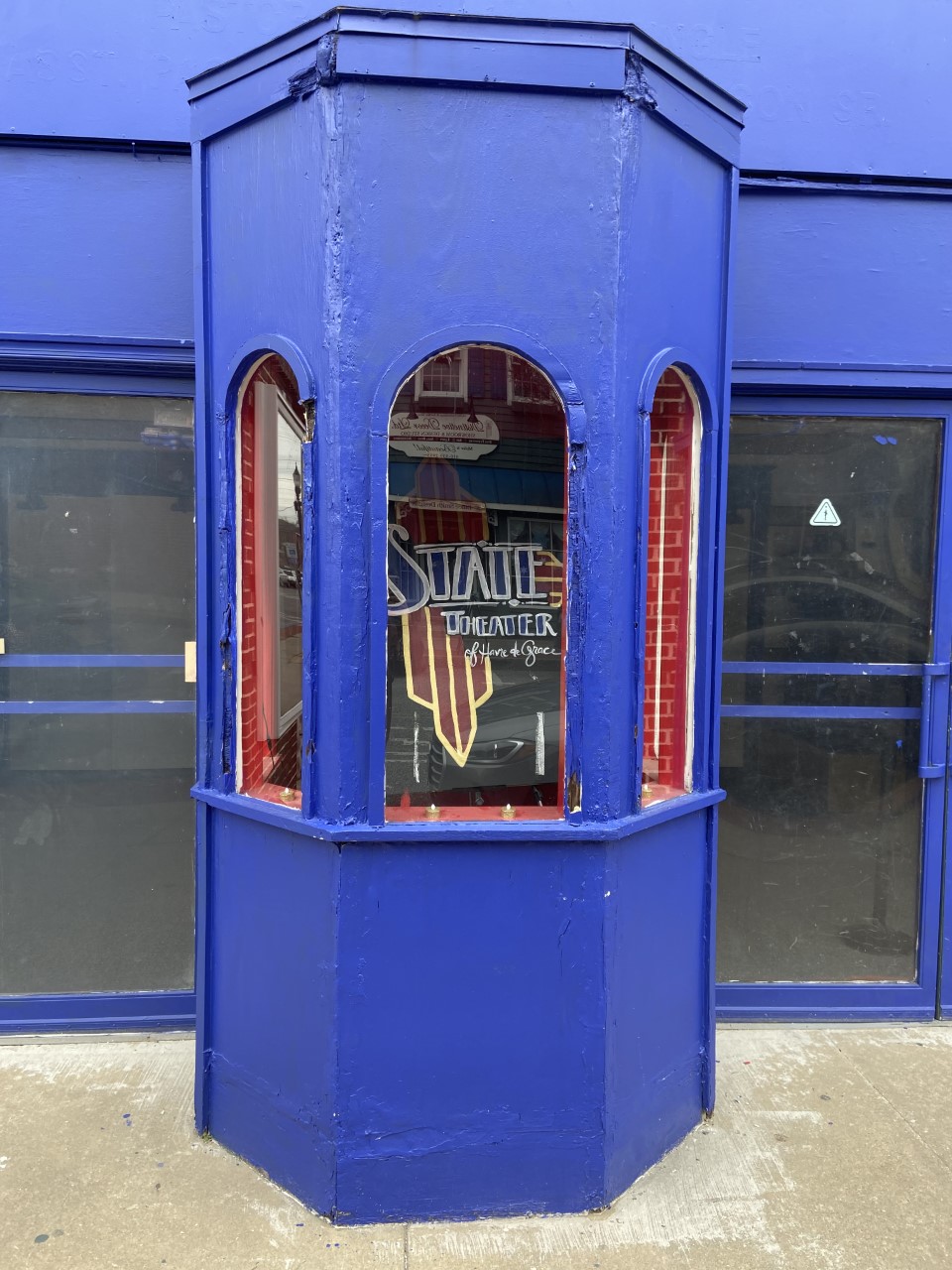 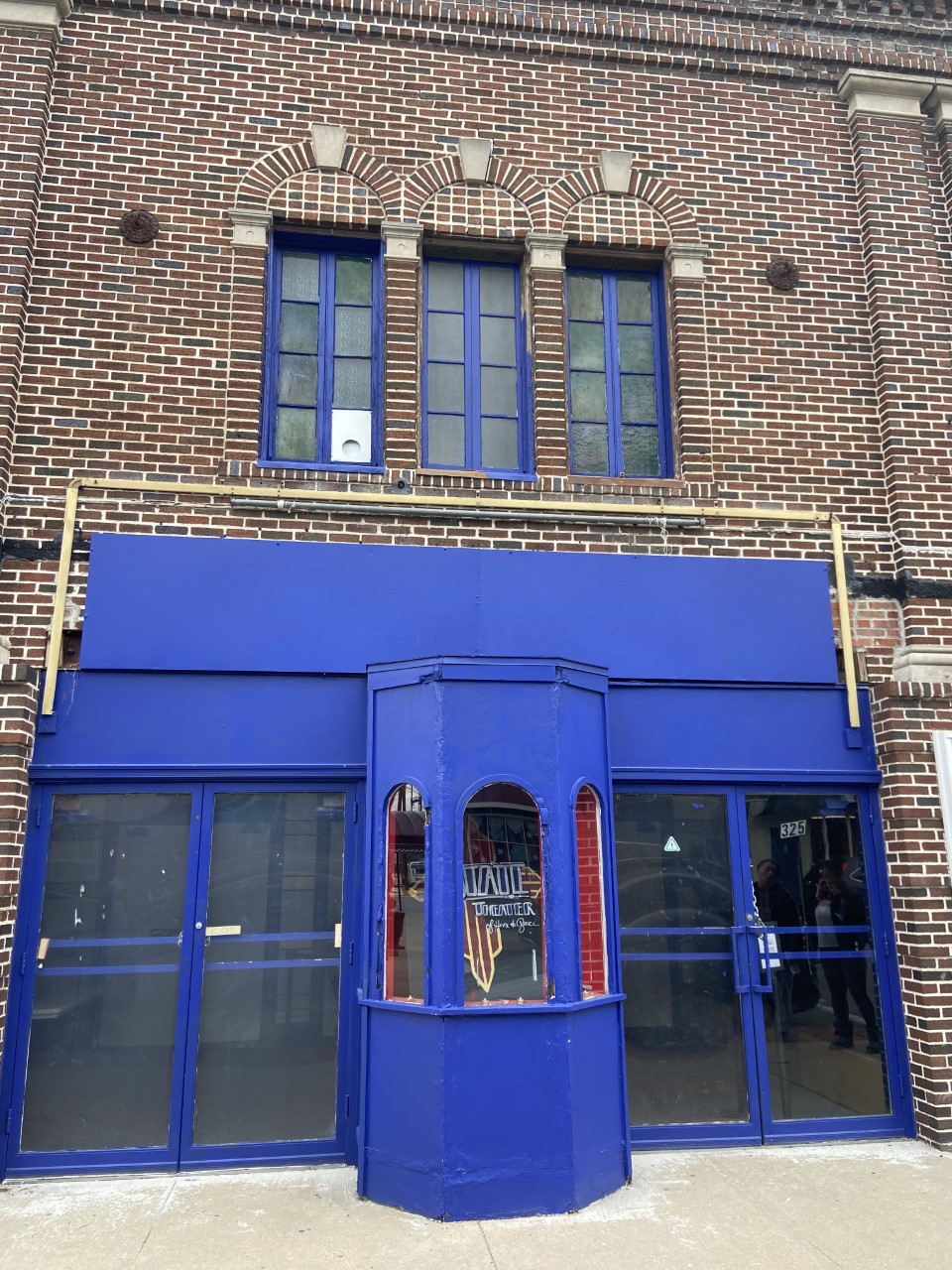 When the building first opened in the early 1900's as The Bijou Dream Motion Picture Parlor. A devastating fire led to a change in ownership to Durkee Enterprises, an established movie group out of Baltimore. After renovations, the theater was opened back up 1927 as The State Theater. But once again, the business suffered and was bankrupt by 1973. It switched ownership a second time, and opened as The Lafeyette in 1982. The theater went under again, and a church group used the space through the 1990's, until they relocated in the early 2000's, leaving the building vacant for nearly twenty years. Until this past year (2019), when it has gone through restorations to recreate The State Theater in the same art-deco style, and serve as a historically prominent entertainment venue in the Havre De Grace area.

We had the extraordinary experience to interview a man named Walter Holloway. Mr.Holloway was an usher at the Bel Air Movie theater, which at the time was called The Argonne Theater during the time of segregation (for him 1962-1966) in Harford county. Mr. Holloway recalled his past for us and explained his experiences working at the theater. He recalled taking tickets from African Americans as they would walk up the staircases. African Americans were required to go through an alley, travel through a basement and up a flight of steps to the top to watch the movies. Bathrooms and the concession stands were located downstairs and were off limits to the American American moviegoers. He continued by talking about the balcony seating itself. The balcony seating was always a lot more dirty than the downstairs area. Walter even recalled people from the lower level throwing trash up at the Balcony.

While going through old newspaper clippings of the Baltimore Sun, an obituary from 2018 was uncovered about a man named William Brown. William Brown was born in 1926 and was born and raised in the heart of Harford County and during his 92 years lived a extraordinary life. He was a World War II veteran, coached at the local high school, was a member of the US All-Star track team destined to go to the Olympics and was the first African American Man to have a seat on the Bel Air Town Council. When Mr. Brown returned from War, Harford County was still living in a deep segregated society. The obituary recalled one time when Mr. Brown wanted to go to the local movie theater with his father. When they got to the theater they had to walk up outside stairs to sit in wore out stairs. Because they were African American Mr. Brown and his Father were not allowed to use the bathrooms or buy anything from the concession stands. Mr. Brown's father was outraged, William recalled his father proclaiming "I refused to pay my good money to be treated this way". Mr. Brown and his father ended up leaving the theater before the movie started and drove 30 miles to Baltimore to see a movie in the city. At that point, the theaters in Baltimore had been segregated.

This era of discrimination and unequal treatment comes to a legal end in 1964 with the signing of The Civil Rights act. It came as a response to the 1963 March of Washington for Jobs and Freedom. The goal was to federally mandate equal opportunity, integrated education, equal access to public accommodations (like theaters), and a minimum wage -among other demands- for African Americans in the United States. This truly initiated a paradigm shift in the country, and would directly impact issues like the problems in Harford Counties theater industry. From now on, no matter who you were, white, Black, women or disabled. Everyone had been created equal in the eyes of the federal government, Although tension still existed for many years. African American men and women were finally free.

Hornsby, A., Jr. (n.d.). Looking Back on the Fight for Equal Access to Public Accommodations. Economy Policy Institute. Retrieved from https://www.epi.org/publication/fight-equal-access-public-accommodations/

Retrieved from the Historical Society