Root Candles is a store slightly outside of Medina’s history square that is known for selling handcrafted candles. This building is also used as the sole factory to produce these candles. Root Candles has hosted factory tours in the past, but it is not a frequent event. This building is directly next to railroad tracks, which helped push out shipments all over, especially before all of the advances we have had today regarding transportation. A.I. Root Company was founded in Medina, Ohio by Amos Ives Root in 1869. Today, there are around 20 million candles produced each year to be sold in one of the various stores located across the United States and Canada. This landmark of Medina is recognized by beekeepers, candle enthusiasts, and shopaholics all over. 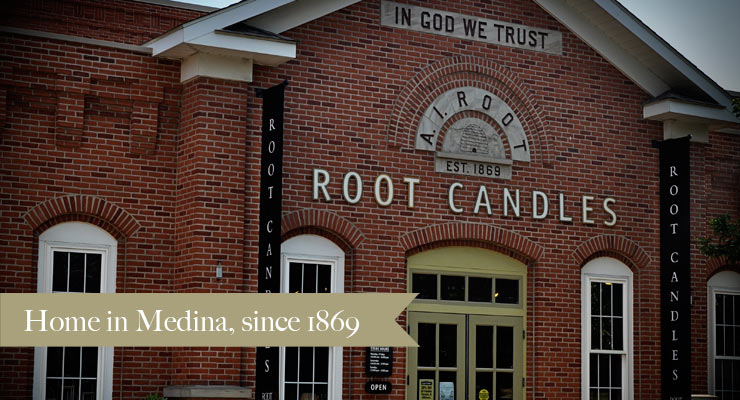 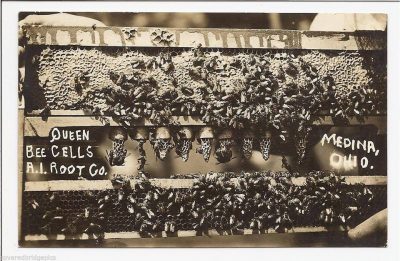 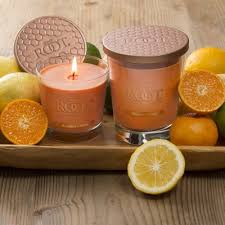 Amos Ives Root (1839-1923) became well known for his knowledge in beekeeping, beeswax, honey, and producing candles in 1869 from founding A.I. Root Company. Before the founding of Root Candles, Amos ran a jewelry store in Medina's Historic Square. While working in his jewelry store, a swarm of bees landed on the window which sparked an interest in honeybees that would lead to much more. Amos was also recognized for producing groundbreaking equipment to assist beekeepers in retrieving honey from their bee’s hives without damaging it. The Root family has been claimed to be “America’s First Family of Beekeeping”.

In 1873, Amos started a magazine called Gleanings in Bee Culture, which is still around today! In 1879, Amos Ives Root published ABC & XYZ of Bee Culture. Now, this book is being produced in its 41st edition! In 1891, Amos received a thank you letter from Helen Keller for his contributions toward the education of blind and deaf children. Amos published an article in his magazine in 1904 recording the first flight of the Wright Brothers, which is currently displayed at the Smithsonian. Root Honey was deemed the finest table grade honey on the market in 1920. The Root Company began producing candles with the assistance of Huber Root due to demands of a local priest seeking high-quality candles to use at his church in 1928. Today, Root Candles is the most used candle company in the United States by Catholic Churches.

In 1970, Root Candles implemented multiple changes to advance their quality of candles. They created cotton wicks to enhance the burning quality of the candles. The company began to roll their wax, this prevents the candles from bending as a result of excess heat exposure. During this time, they began adding fragrances and colors in the production of their candles as well. This decision was influenced by the desire to encourage sales in the Woodstock Generation.

Currently, the Root Company produces high-quality handcrafted candles to be sold around the United States and some areas of Canada, too. The fifth generation of the Root family continues Amos Ives Root’s mission to provide clean burning candles made from all natural beeswax. The family states the importance of carrying on the virtues of honesty, integrity, and diligent craftsmanship to honor the brand Amos Ives Root has built. The Root family is said to still be actively advancing the care of beekeeping and acquiring knowledge on the topic, too. The Medina store is home to mostly various candles and honeys. It also includes other food items such as teas, soups, salsas, pasta, and more. The store sells Vera Bradley wallets, keychains, bookbags, purses, and other designer items. All online sales are processed and handled then sent out through the Medina Root Candles location.

The store’s hours are Monday through Saturday from 10 am-5 pm; Sundays the store is closed.