Hatch's Department Store is a historic commercial building originally constructed in 1915. Added to the National Register of Historic Places in 1994, it is historically significant in the areas of architecture and commerce. In terms of design, the three-story building is an excellent example of Art Moderne architecture. Notable features include the curved southeast corner and stucco exterior with pilasters (columns). Its architect, John L. Volk, was well-known around the country for designing a number of homes in the area. As for its commercial significance, the building contributes to the commercial history of the city. It is named after its owner, George Hatch, who was also involved in the city's civic life, serving as city commissioner and inlet commissioner.

The historic Hatch's Department Store Building is a fine example of Moderne architecture. 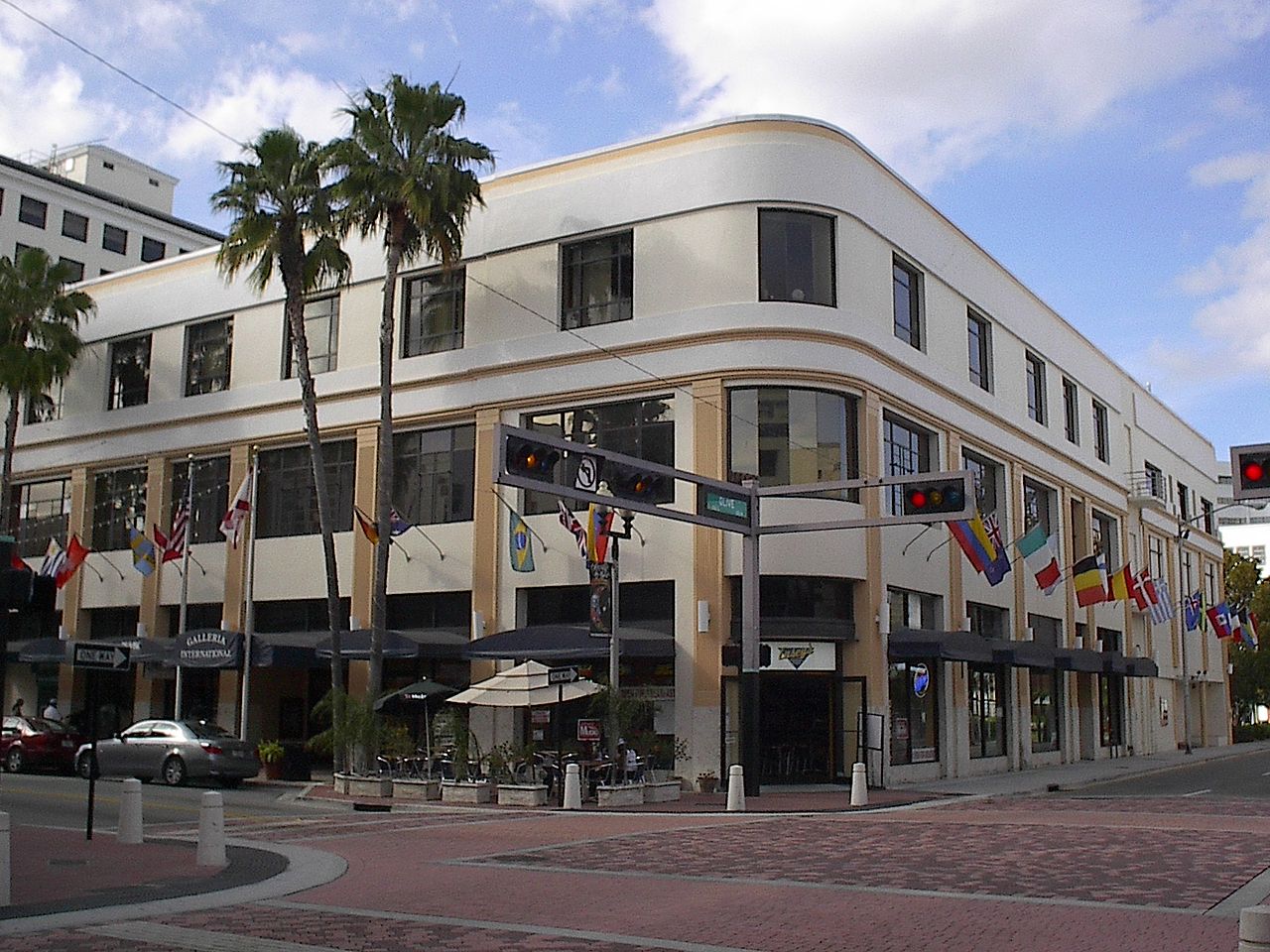 George Hatch was born in Florida around 1866. He learned the dry goods business from his his father, who operated store in the town of Rockledge. After working in his father's store, he and a partner opened an establishment in Orlando, which they operated for six years. In 1911, Hatch moved to West Palm Beach and bought a dry goods company. Hatch and his partner changed the name to Hatch's Department Store. It was first located in small buildings close to the waterfront but was moved to the first floor of a building at the present location. Hatch expanded the store into adjacent buildings in 1920, 1925, and 1936.

He was very successful, earning a solid reputation in the community. The store had modern amenities including air conditioning, telephones, and elevators. The expansion in 1936 was the most dramatic change as it transformed the store into essentially what it looks like today. He hired John Volk to design the building to reflect the community's desire to have a modern, efficient, and forward-looking store. The new store had 40% more space and at the time was the only store in the state have constant year-round air conditioning. Hatch's operated until 1941 when a Florida store chain bought it. Other stores and business have occupied the building ever since.