Meaning “old farm” in Swedish, the Gammelgården Museum is the only open air museum devoted to preserving, presenting and promoting Swedish immigrant heritage in the United States. In buildings that have been carefully preserved and restored, visitors can get a glimpse of the daily lives & artifacts of these immigrants and participate in events and classes. The main exhibit in the Välkommen Hus and our Butik gift shop are open daily May – December.

The Välkommen Hus is built in the style of 1850’s Swedish farmhouse and houses a classroom/meeting area, Butik gift shop and restrooms. 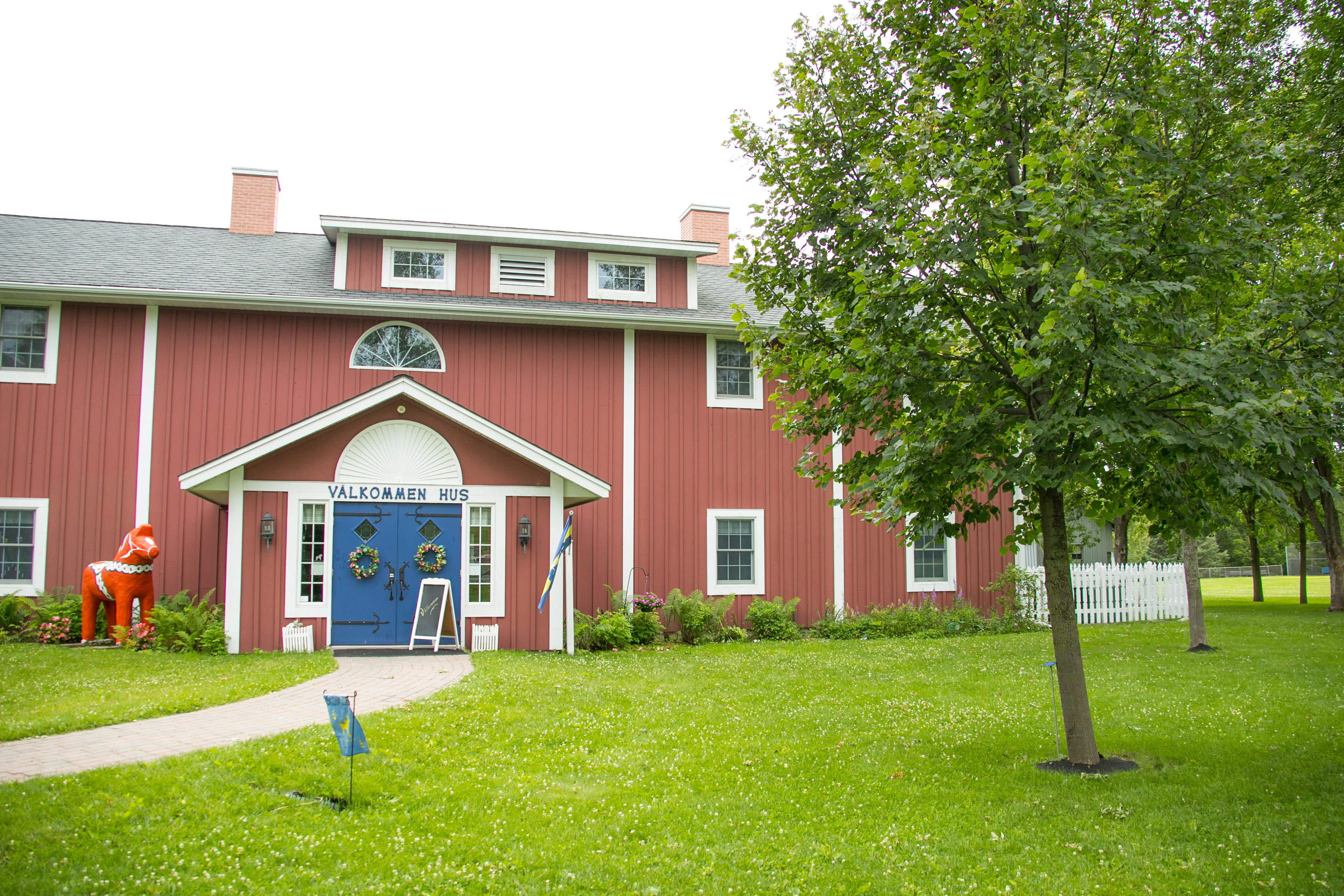 Präst Hus was built in 1868 as the first parsonage for the Elim Congregation. This is the oldest existing parsonage in Minnesota. 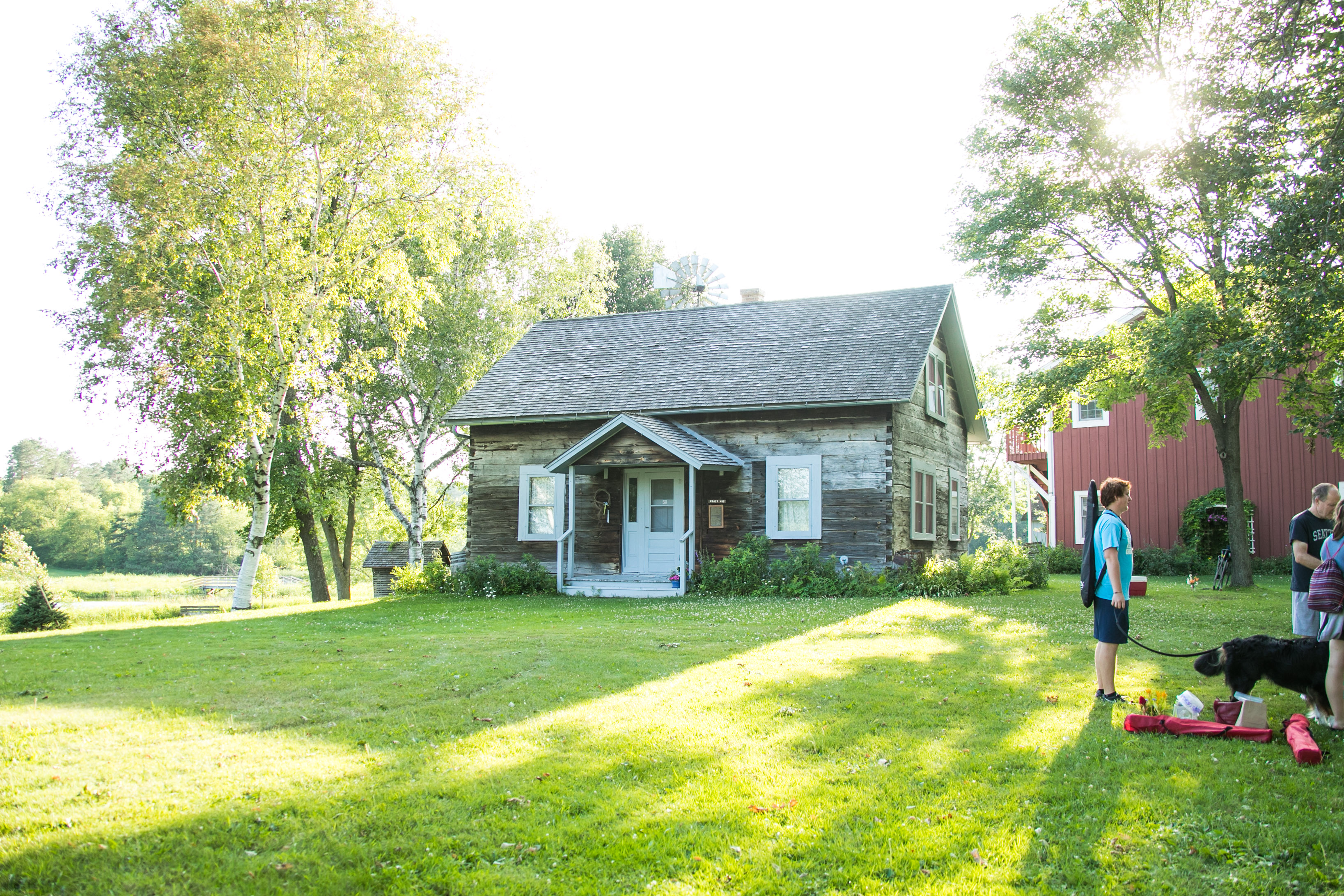 The Immigrant Hus features the same Swedish log construction as the Gammelkyrkan and the Präst Hus and was used as a home until the early 1900’s. 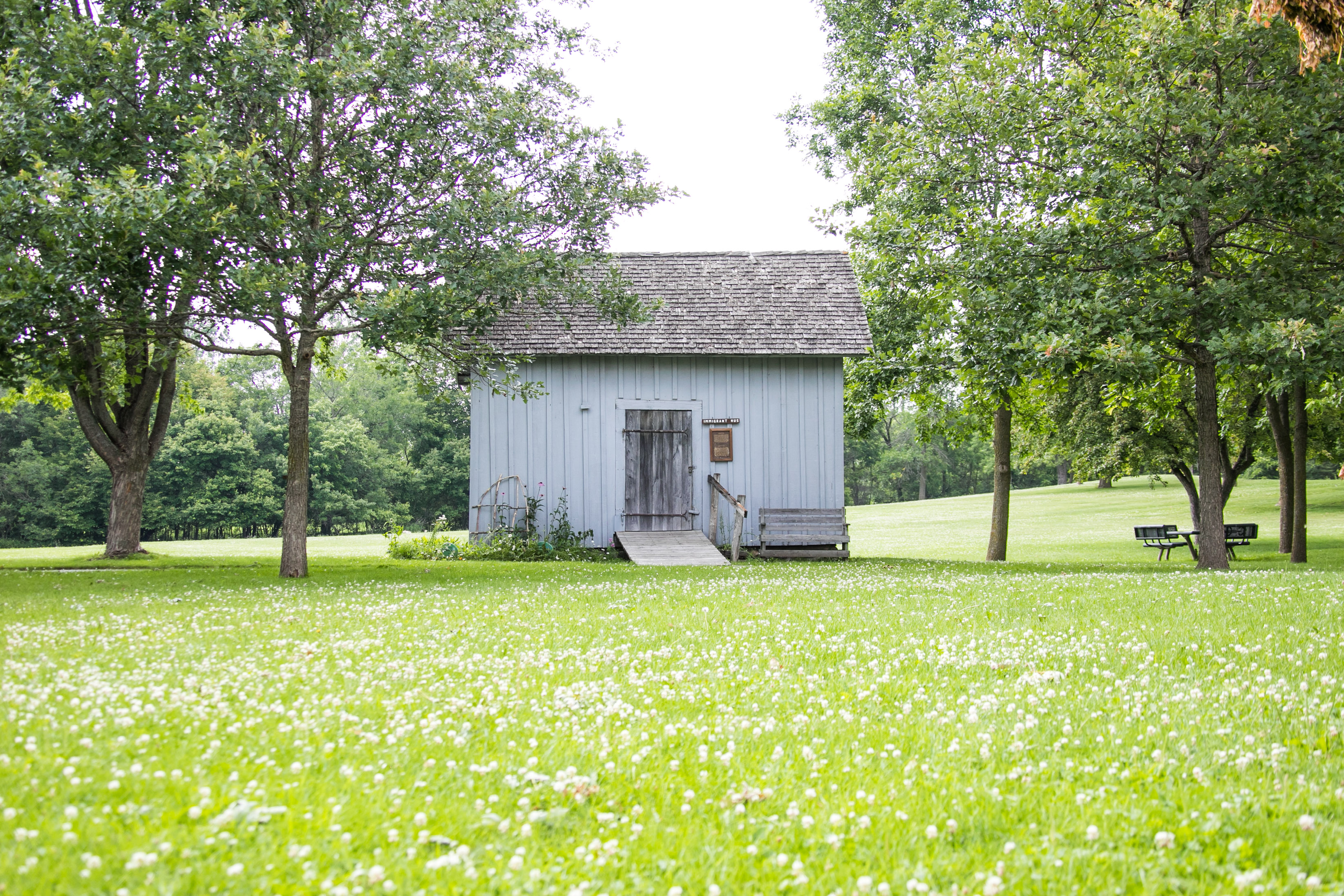 Gammelkyrkan is the first sanctuary of Elim Lutheran Church, and was built in 1856 and is the oldest Lutheran church building in Minnesota. 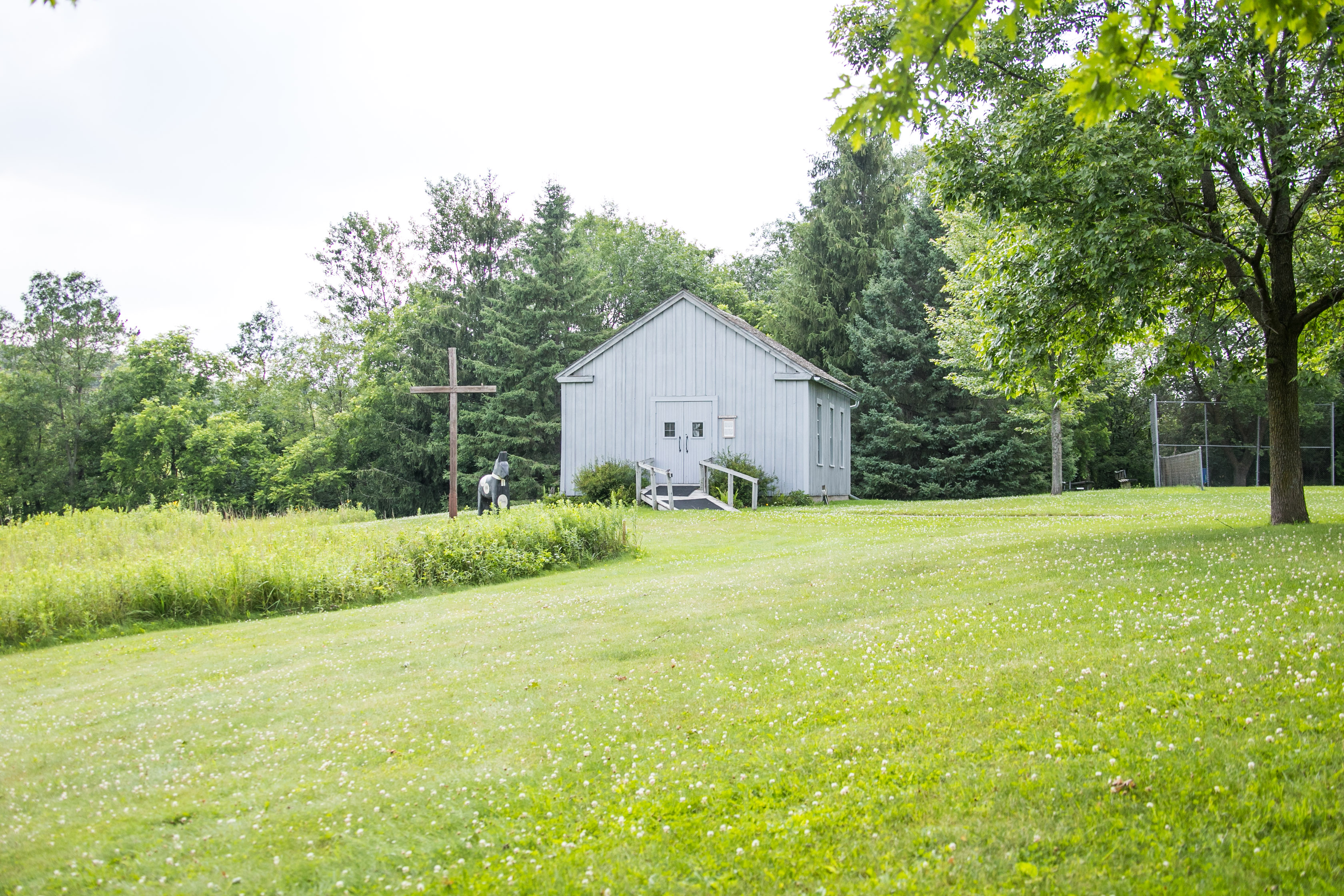 Stuga, in immigrant times, meant a rectangular building, with 1 door, a corner stove, the home of peasants. 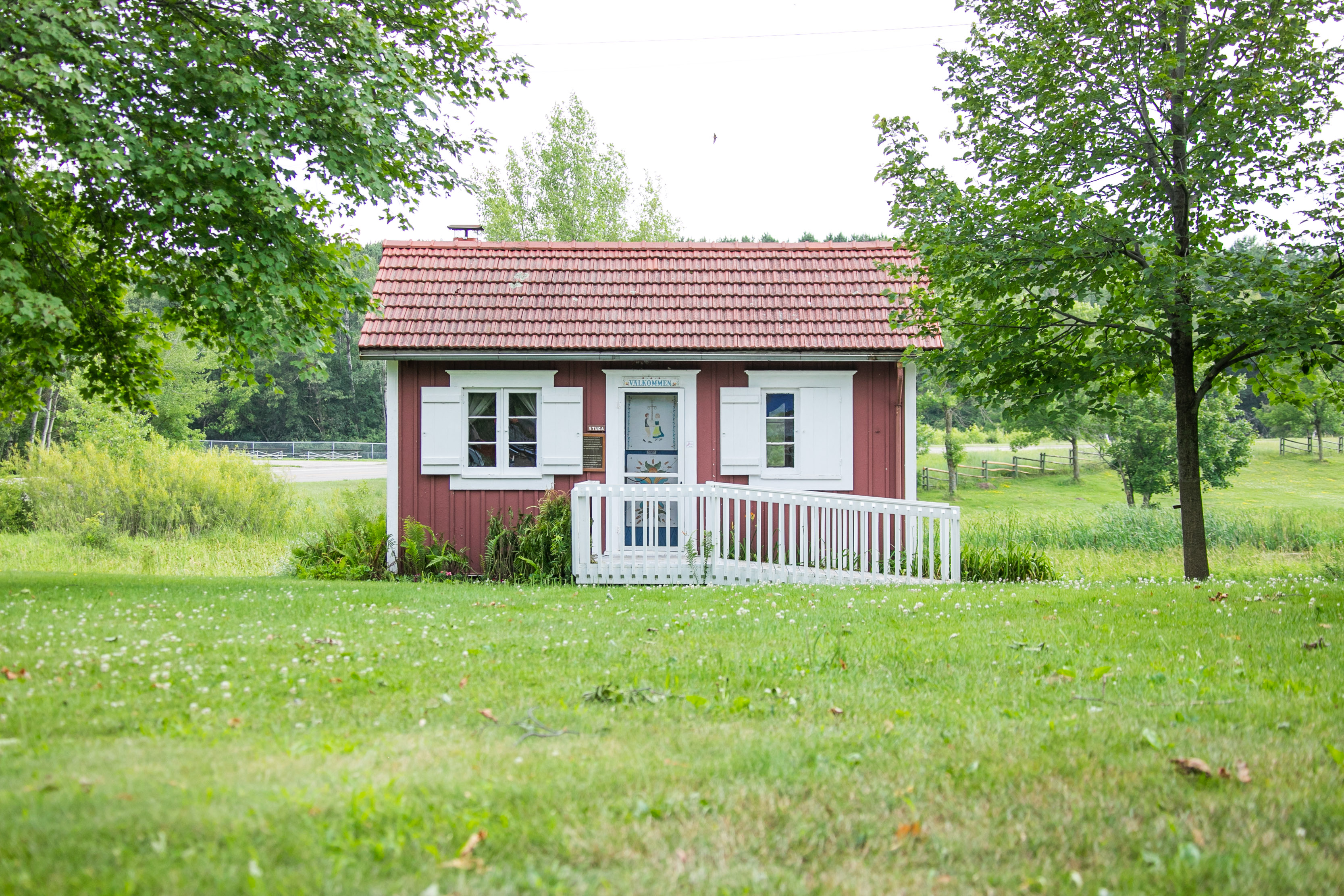 Ladugård (barn) was constructed in 1879 at the request of Rev. Eric Hedeen. 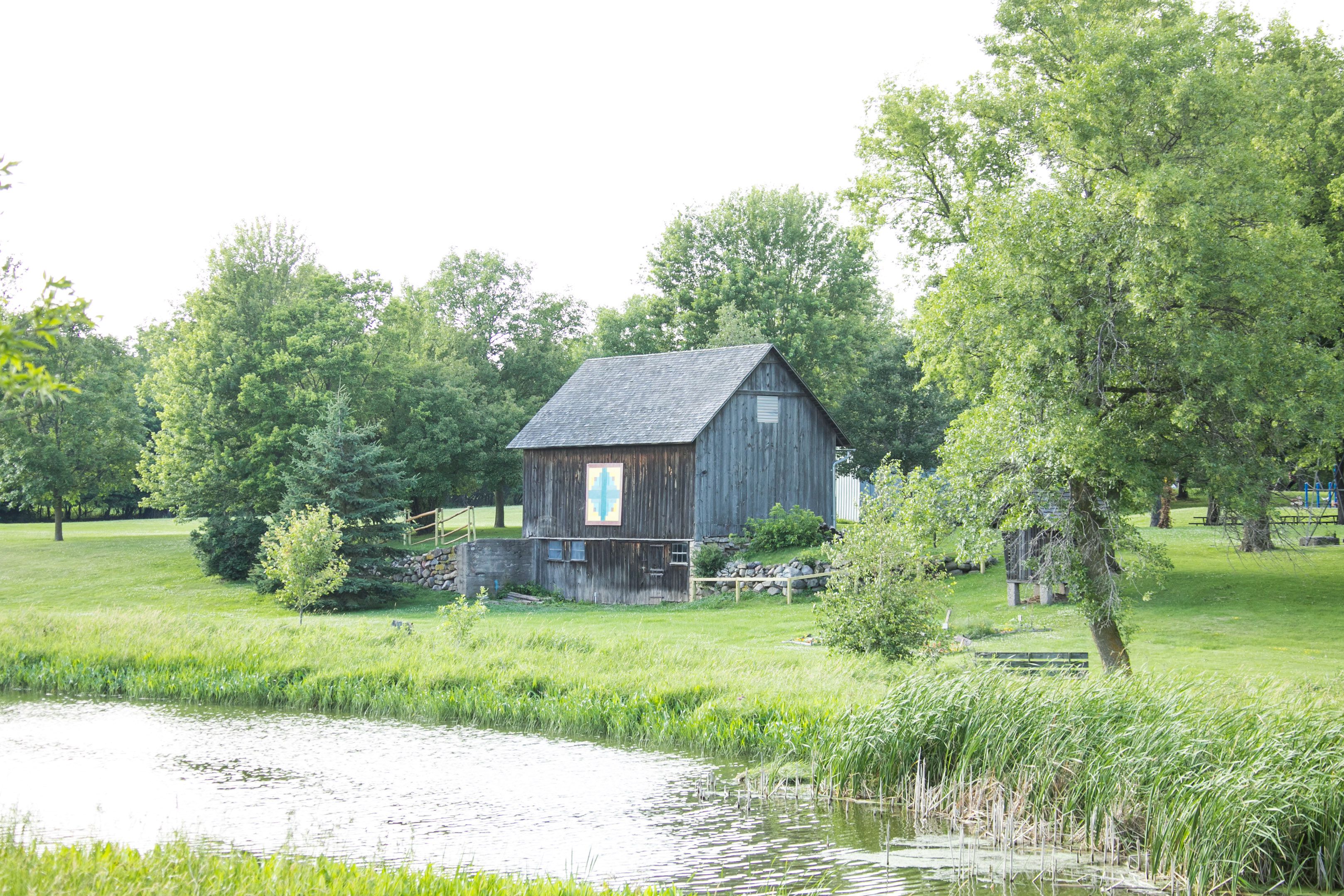 Aerial view of the Gammelgården Museum 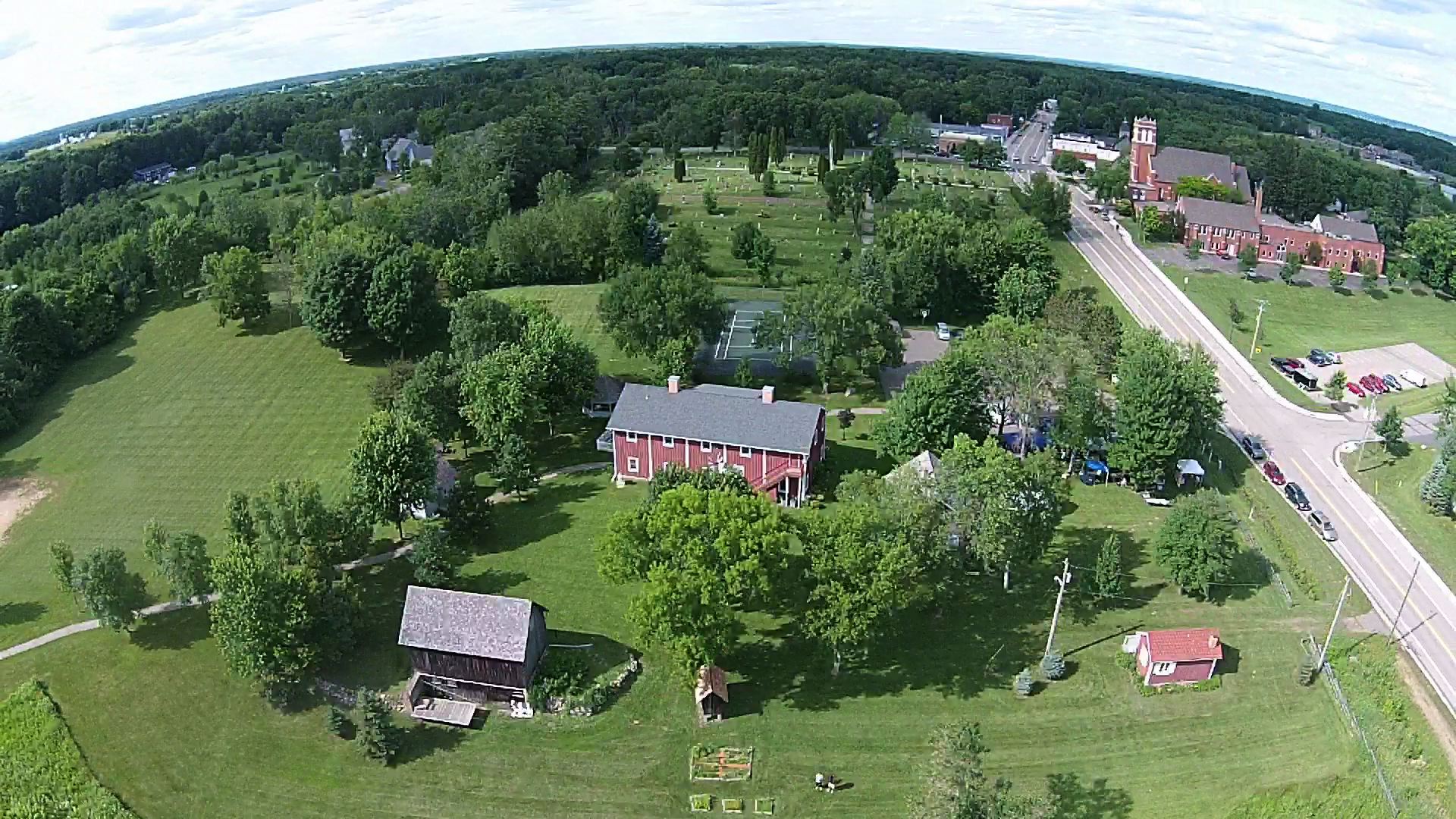 Established 1972 to Preserve, Present and Promote Swedish Immigrant Heritage, the Gammelgarden Museum hosts cultural events throughout every season. Main stays, such as Santa Lucia Dagen, Midsommar Dag, and the Running of the Meatballs are hosted annually. To learn more about these cultural calibrations, read more about it on our website, gammelgardenmuseum.org/events/. A full calendar of events can be found here: gammelgardenmuseum.org/calendar/

The Gammelgarden Museum is home to six historic buildings which embody Swedish culture. See our website for virtual tours, at gammelgardenmuseum.org/buildings/#