The Battle of Lundy's Lane of was the bloodiest battle of the War of 1812, which lasted from 1812-1815. The British won the battle and thereby stopped the Americans from invading further into Canada. It wasn't a completely decisive victory, however, as the American forces retreated mostly intact back to Fort Erie and demonstrated to the British that they were fighting against a well-trained professional army (although not all of the Americans received this training) that could go toe-to-toe with them. Visitors can learn about the battle at the Battle Ground Hotel Museum, which is located across the street from the Drummond Hill Cemetery. 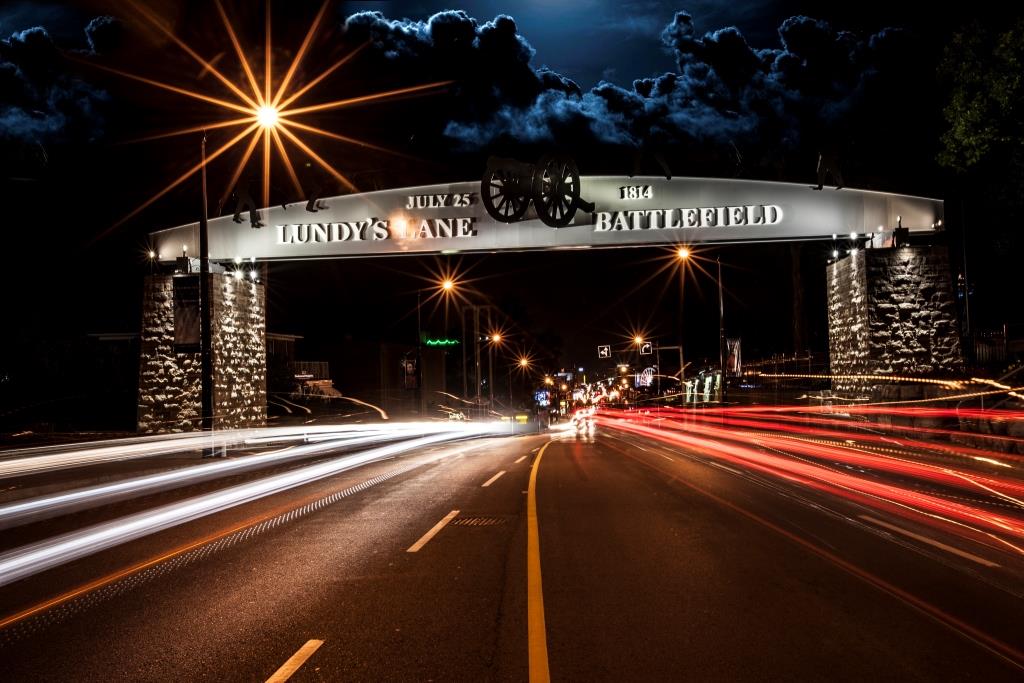 Uniforms on display in the Battle Ground Hotel Museum 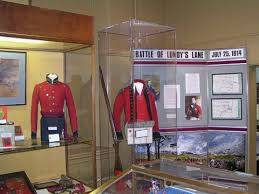 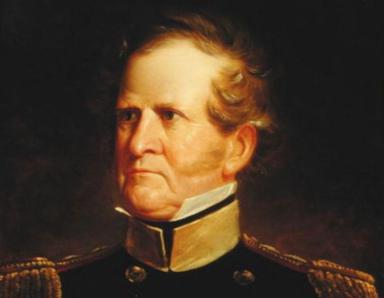 Two weeks after the Battle of Chippawa, where Brigadier General Winfield Scott had defeated the British forces under the command of British General Phineas Riall with a with his newly drilled and trained army, the two sides fought once more. This time it was near Niagara Falls along the Portage Road towards the intersection of Lundy's Lane. Unbeknownst to Scott, the British had also begun to advance on Lundy's Lane and set up guns on high ground. Scott's army was forced to stop as the British began to fire upon them.

As the battle progressed, so did the reinforcements; the American army of 1,000 grew to 2,100 and the British force grew from 1,800 to over 3,000 men. Scott's force overran a British battery, which turned into one of the bloodiest battles of the war. After drawn-out fighting, Major General Jacob Brown ordered the men from the field due to exhaustion. But after learning that the British left cannons on the field, he ordered General Eleazer Ripley to retrieve them. Ripley refused the order, and after an argument over the feasibility of pursuing and continuing the battle, Brown ordered the withdrawal of the men.