This historic Grant Van Valkenburg House is one of the last surviving homes in West Palm Beach designed in the Craftsman bungalow style with ornate Victorian detailing. Built in 1918, it is now used as a bed & breakfast inn called the Palm Beach Hibiscus (the adjacent house, which was built in 1917, is part of the inn as well). Like many Craftsman buildings, the house features an overhang roof covering a large porch and front and rear dormers. Its most attractive feature is the decorative woodwork including the Victorian scroll-sawn railings and ornate brackets at the top of the posts supporting the porch overhang.

The Grant Van Valkenburg House was built in 1918 and is an excellent example of Craftsman bungalow architecture. 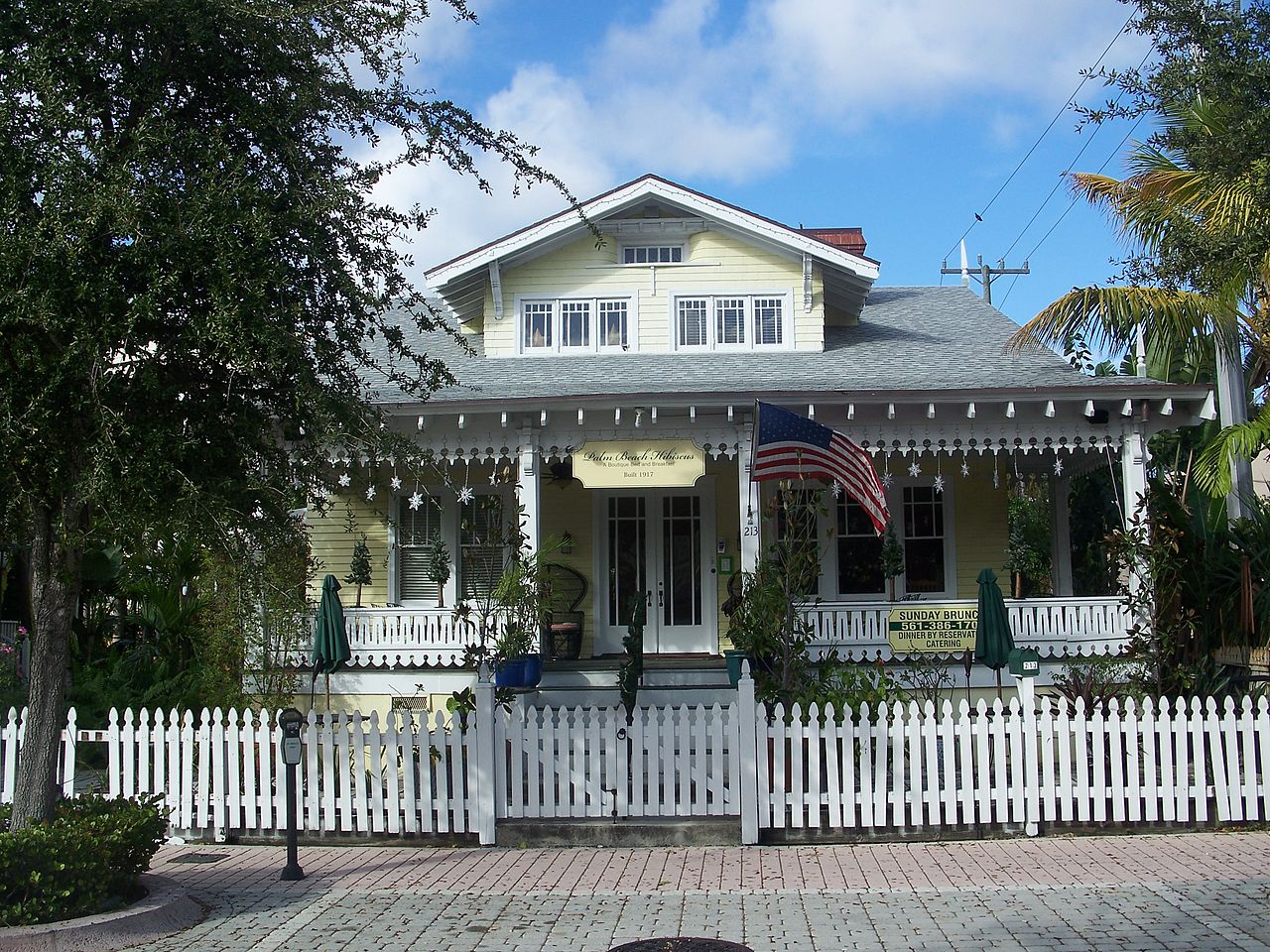 The house was built by a woman named Mary J. Anderson, who had bought a plot of land from one of the town's earliest settlers. She sold it in 1923 and it was sold again in 1924 to Grant Van Valkenburg, who worked for a fishing company. He, his wife Ella, and children Orren and Elizabeth, had moved to the Florida in the 1910s. Grant lived in the house until he passed away in 1967. Elizabeth lived with him as well in his later years after her husband was killed while crossing train tracks. She lived in the house until 1978 when she sold it. It appears the house was converted into apartments after that. It was moved to this location in 1996 along with the other house. Presumably, both houses became the Palm Beach Hibiscus shortly thereafter. The Grant Van Valkenburg House was added to the National Register of Historic Places in 1999 for its architectural significance.