The Indiana University baseball team has went through a long and tiring trip starting in Bloomington Indiana over to a train ride from Chicago to Seattle and then a very grueling boat ride from Chicago over to Japan. Once the team stepped off the boat history was made and they were the first ever Indiana baseball team to play a game in Japan and the first to ever travel that far for a trip. Excitement filled the air and the team was ready for what was yet to come whether it be trying new food, playing in a new and unique setting or just soaking in the experiences they were about to have in Japan and they led the way for many more trips and international games to come. 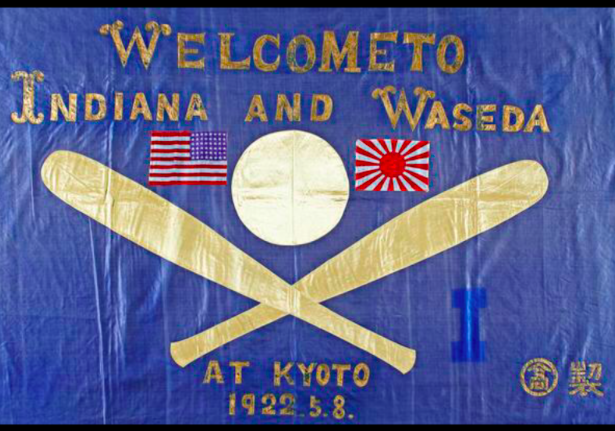 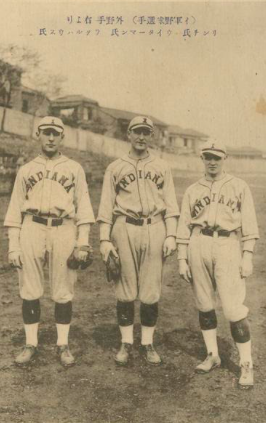 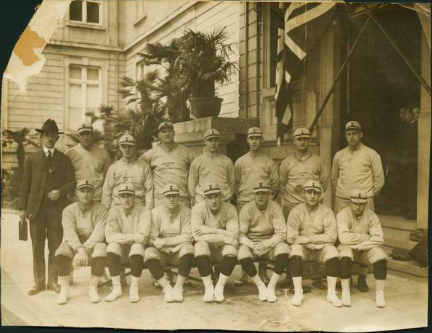 Once the team arrived in Japan at Waseda University they were greeted with open arms by the Japanese players and staff of the university. After hours and hours on a train and the long boat ride the team was tired but excited for the journey that was ahead of them. This was not only a time for playing baseball in a new environment but also a time for them to explore a brand new culture that not many people during this time have had the opportunity to experience. They arrived at the hotel and immediately were engulfed in the culture of Japan by being treated to a gourmet meal unlike any they were originally used to. They were allowed to travel during their off time giving them the full experience of Japan away from baseball.

One of the photos you can see the team standing in front of the Tsukiji Hotel in Tokyo. This hotel served as a place for the team to relax and eat meals together before or after games and also as a hub for their activities that would take place all around Japan. This hotel was where the team resided when they played at Keio University. All the games took place either at Wesida University of Keio. Both universities were around Tokyo so that is where the team spent most of their time playing and traveling. Playing games against an American opponent was also a big deal for the Japanese teams as you can see in one of the photos provided from Waseda university where they made a banner celebrating the arrival of the Indiana University team. The games overall went well and it was a great experience for the Hoosier. It was a long grueling trip where the culture shock took a big effect on many and took some getting used to but it shows how the love for the game of baseball can bring people together from all different areas and countries all over the world. This was the first trip the Hoosiers made to Japan but certainly wouldn’t be the last.