The Pennsylvania Railroad built the Ada Pennsylvania Station and Railroad Park in 1887. The station was used for passenger transportation for many years. In 1998, the Ada station was listed on the National Register of Historical Places. In present day, it is no longer used as a passenger depot but is still able to be visited. 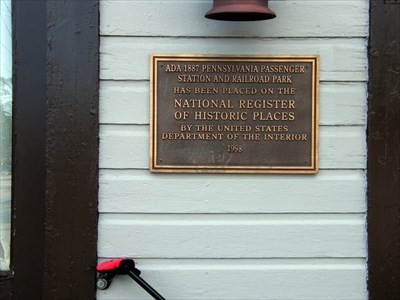 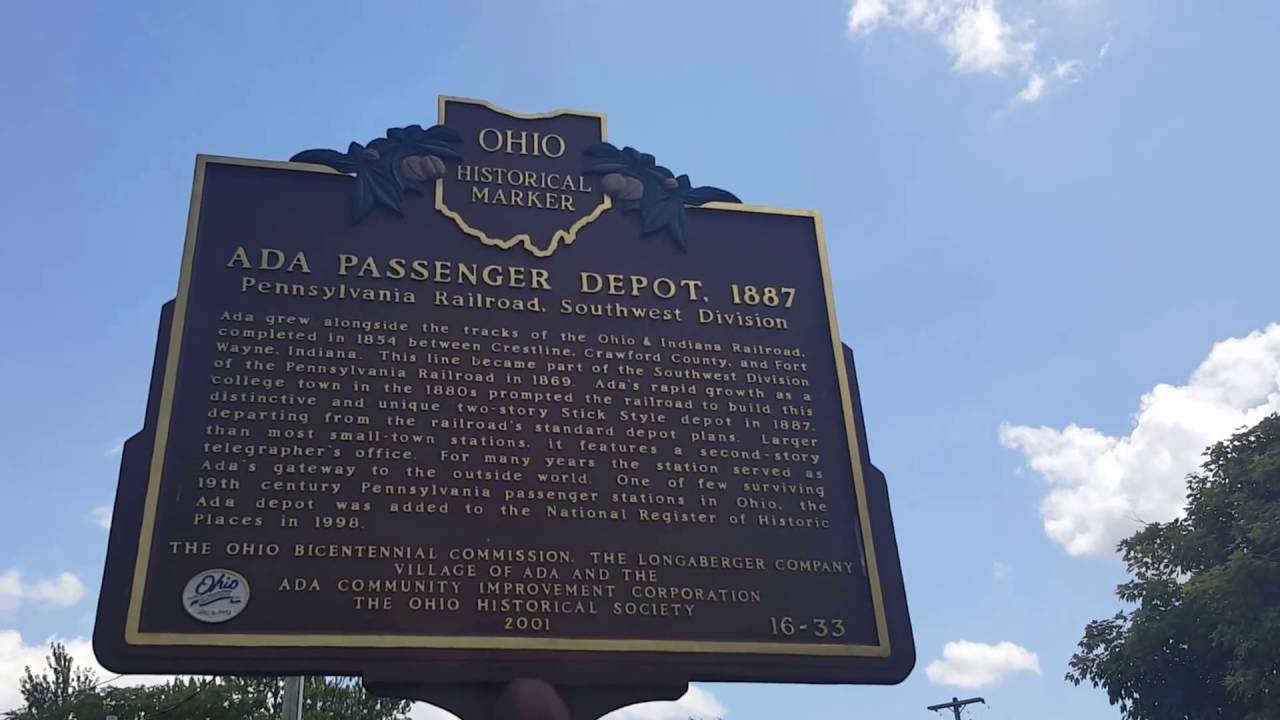 The railroad that goes through Ada, Ohio, completed in 1857, was originally a part of the Ohio & Indiana Railroad. Later in 1869, the railroad became a part of the Southwest Division of the Pennsylvania Railroad. Ohio Northern University was founded in 1871, which led to the rapid growth of Ada.

Due to the growth of Ada, the Pennsylvania Railroad decided to build a depot station. The original design of the depot was supposed to be that of a standard depot, but the designed changed to a two-story Stick-Eastlake style which was unique for a Pennsylvania Railroad Station. On the second story of the Ada station, there was a telegraph office.

A walking tour of the Ohio Northern University campus town

A tour around the Ohio Northern University's college town of Ada highlighting historic structures and statues.