Jordan Field is the original home of the IU baseball team. This field is where young college students were able to get together by playing the game of baseball until the mid 1930's. While the team of 1922 was playing ball on this field, their coach George Levis, organized a trip with Dr. Isoo Abe of Waseda University in order for the team to take a four-month long trip to Tokyo, Japan. The team now had the opportunity to leave Jordan Field in Bloomington, Indiana and play at Waseda University in Tokyo, Japan. This was a huge opportunity for the IU baseball team because nothing like this had ever happened before.

A group photo of the administrators, coaches, and alumni that accompanied the baseball team on their trip. 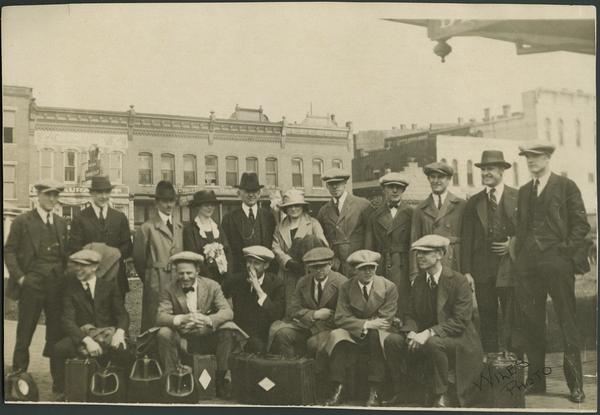 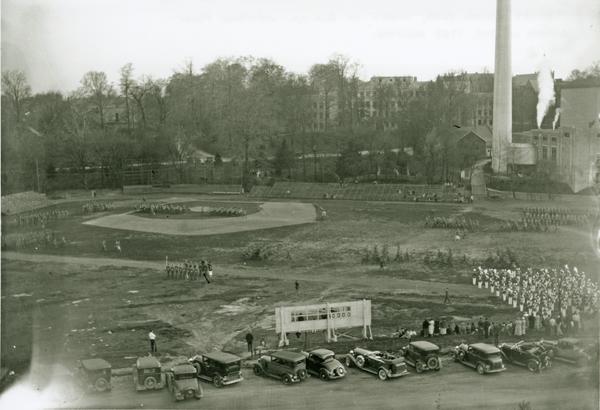 Photo taken of the baseball team and the parade that escorted them to Monon station on the day of their departure. 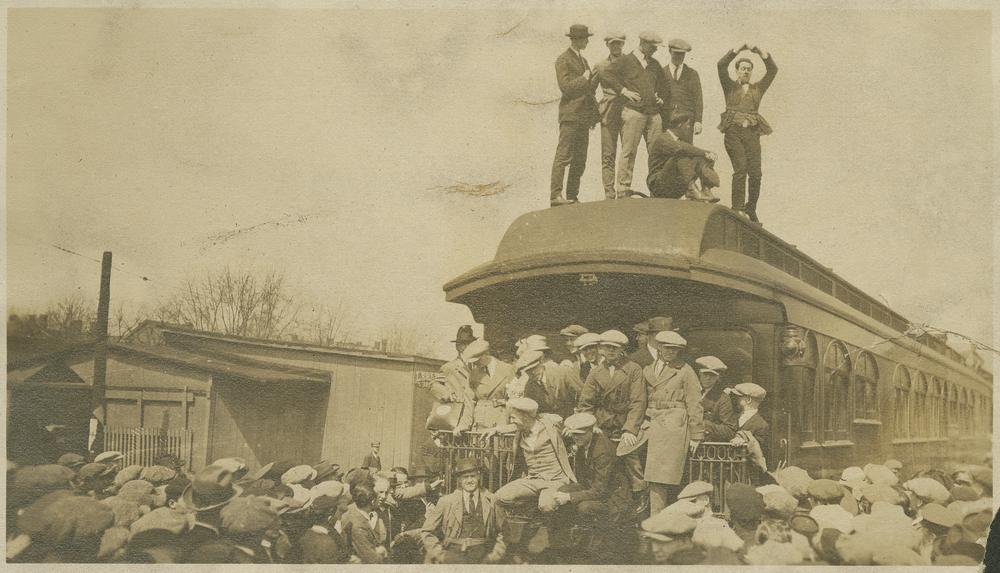 This is what the Monon station looks like now. 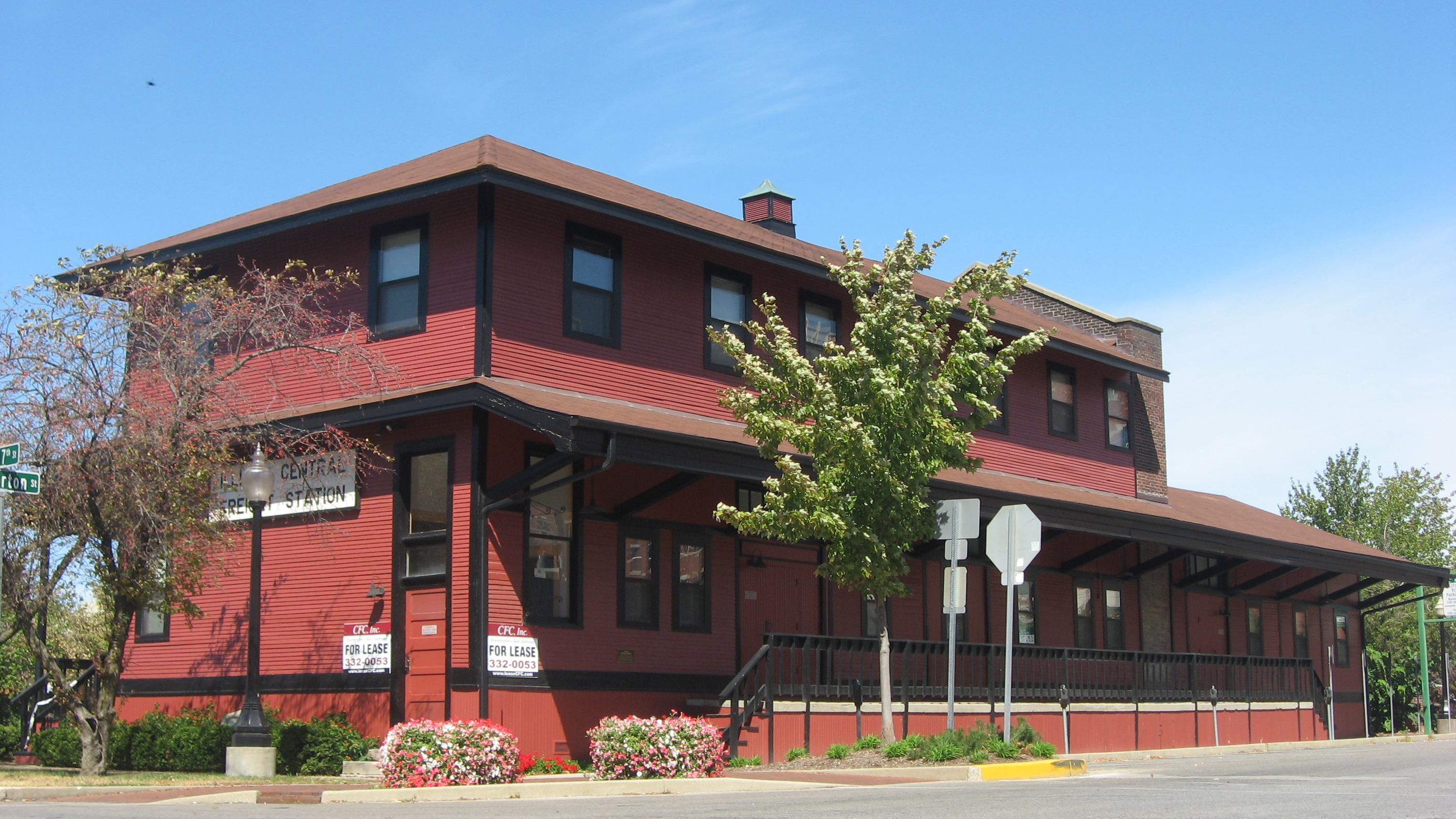 In 1898 Jordan Field was finally home for the IU baseball team, but also the football team and the track and field team. The field had no outfield fencing, except for right field, which had a row of hedges to separate the field from Seventh Street. Jordan Field was also open to the students for activities throughout the year like tennis and ice skating, or whatever games students could come up with. Unfortunately, due to Jordan Field being so close to the Jordan River, the field did have a tendency to flood during heavy rain storms thus delaying many practices and cancelling some games. The football team was the first to move from Jordan Field, in 1925 to Memorial Stadium, while the baseball team was the last, not moving until 1950 to Sembower Field.

In February of 1922, sixty IU students came to this very field to try out for a chance to make a twelve man roster that would go to Japan the following month. The trip came about after the head coach of the baseball team, George Levis, reached out to Waseda University in November of 1921 for the opportunity to travel to Japan and compete against the university. A professor from the university, Dr. Isoo Abe, responded within the following weeks and offered to give $11,500 towards the IU team’s traveling expenses, as well as cover hotel and transportation costs associated with traveling to the ball field from the hotel in Tokyo. In exchange, IU would have to pay the Waseda University baseball team $1,300 for their travel expenses in order to visit Bloomington in 1925, as well as cover their hotel costs for one night in Bloomington. George Levis took this proposal to university administration, which quickly approved of the trip, and after picking his team, George Levis, his wife, an assistant coach, the team of twelve students, as well as four others left for Tokyo at the end of March of 1922, and did not return until early June of 1922.

The departure of the baseball team at IU was highly praised by the faculty and students. On March 28, 1922, the day the team left for Japan, IU let all of the students out of class early and formed a parade all the way from the book nook to the old Monon Railroad Station. This is where the journey begins. From there, the team rides the train to Chicago, then from Chicago to Seattle.

Today, the trip would be far shorter, cutting the almost two and half week trip to Japan, to the possibility of travelling the same distance in under twenty hours. Overall, the trip lasted 4 months in 1922, and today the trip would probably only last a week.