The Armory Art Center tells a story of progression in America. It began as a fruit and vegetable market, but during Franklin Roosevelt's New Deal, the market was dismantled and replaced with the Palm Beach County Armory. The Armory is significantly known for its military history, design, association with the Works Progress Administration, and role as a community arts center. After being used during World War II as a training center, in the 1950s and 60s the Armory was predominantly used as a place for proms and parties. Eventually, the building fell into disrepair and sat vacant until the Armory Art School was opened in 1987. The historic Art Deco structure was added to the National Register of Historic Places in 1992. 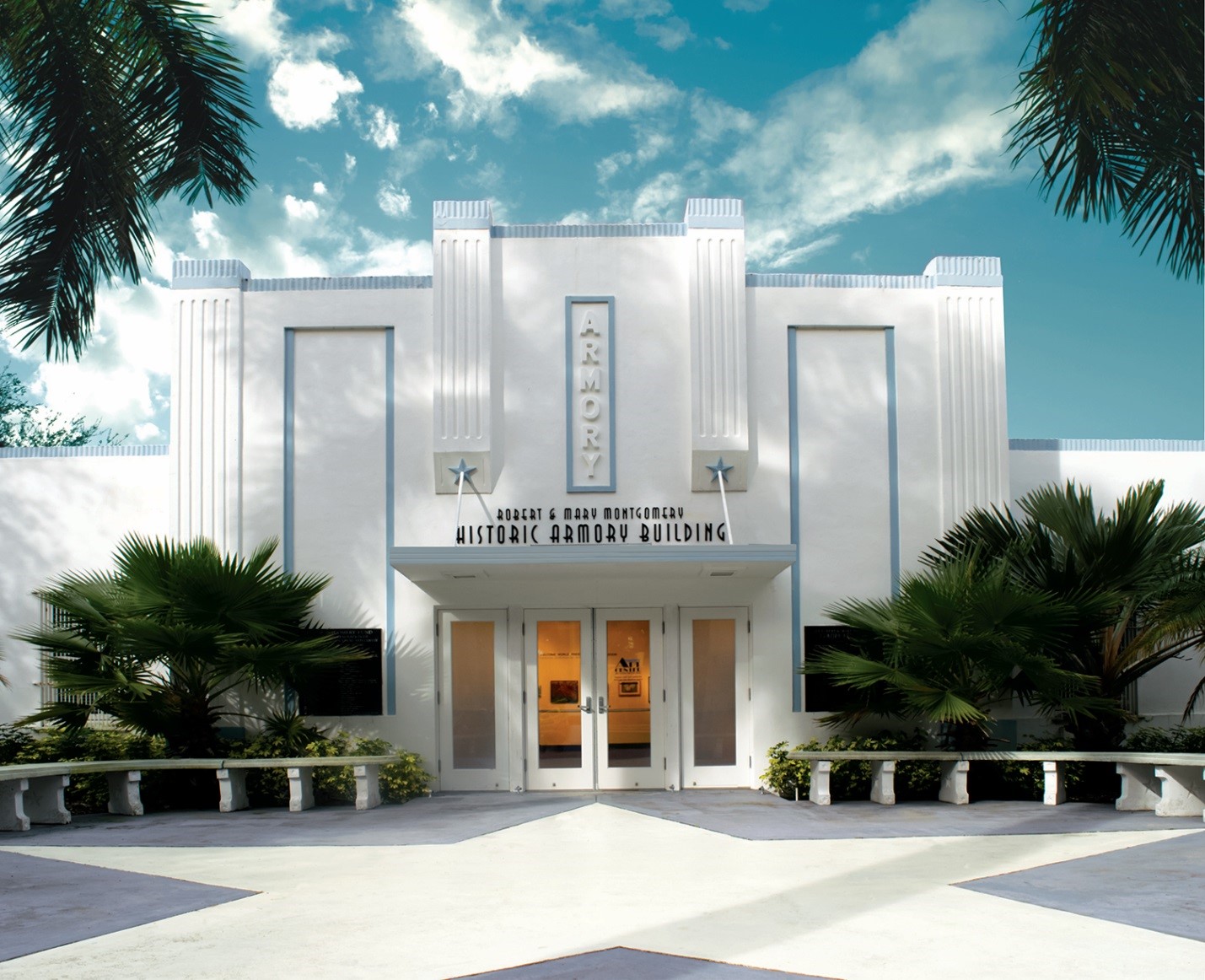 The Armory Being Built in 1939 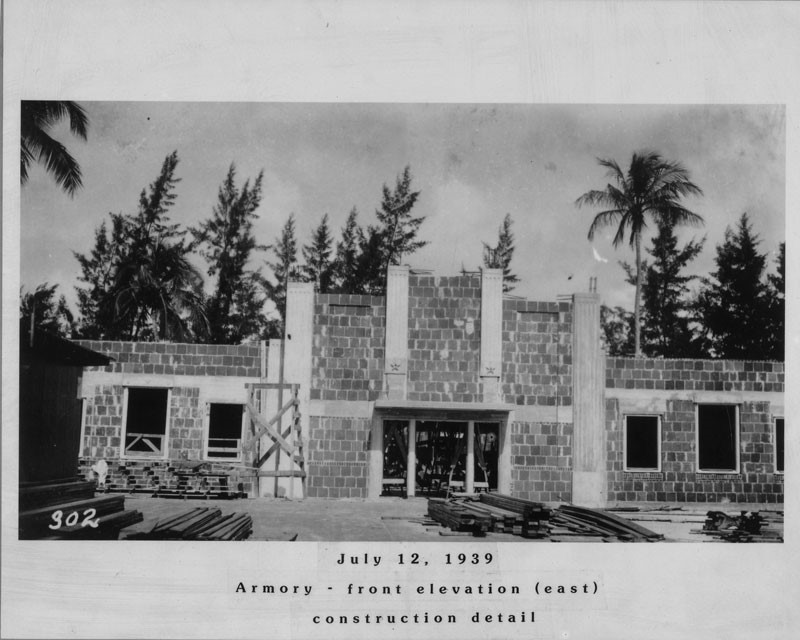 The Granite Plaque from the WPA Commemoration in 1939 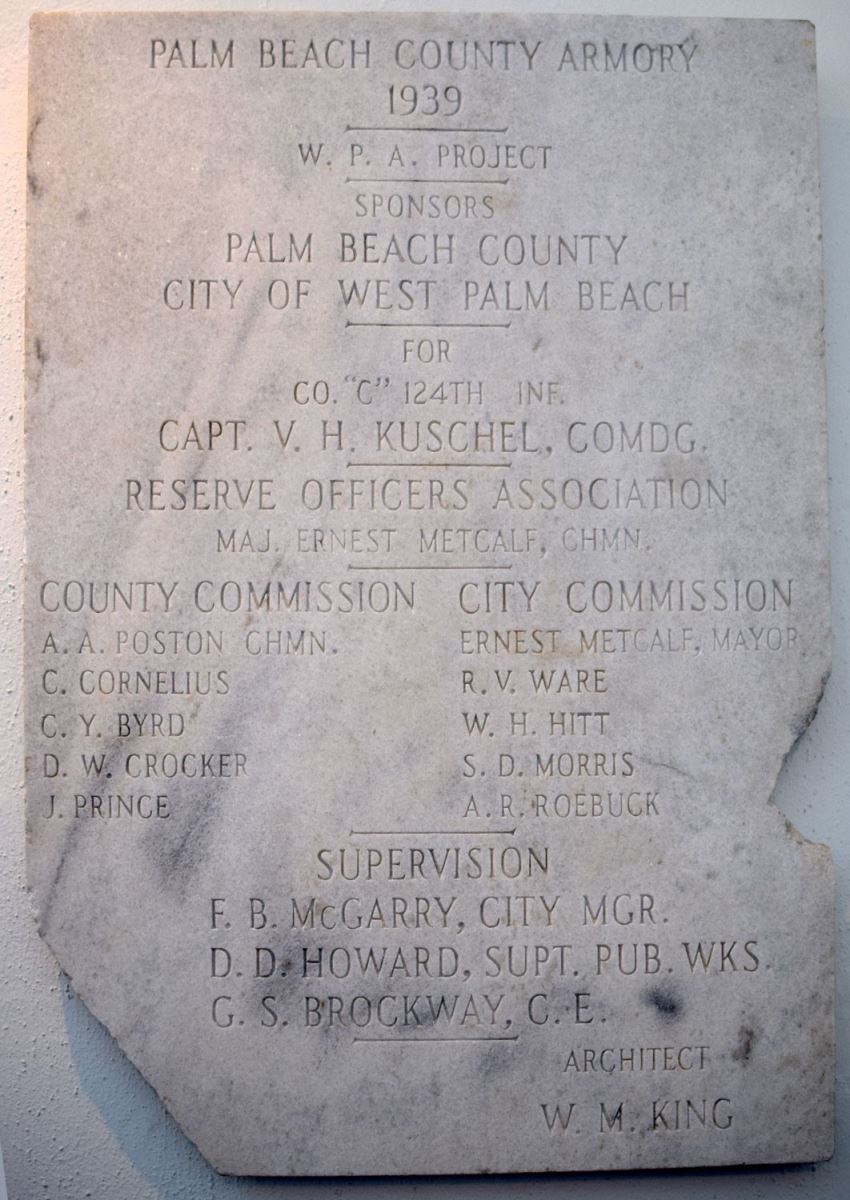 One of the Armory Art Center's Galleries 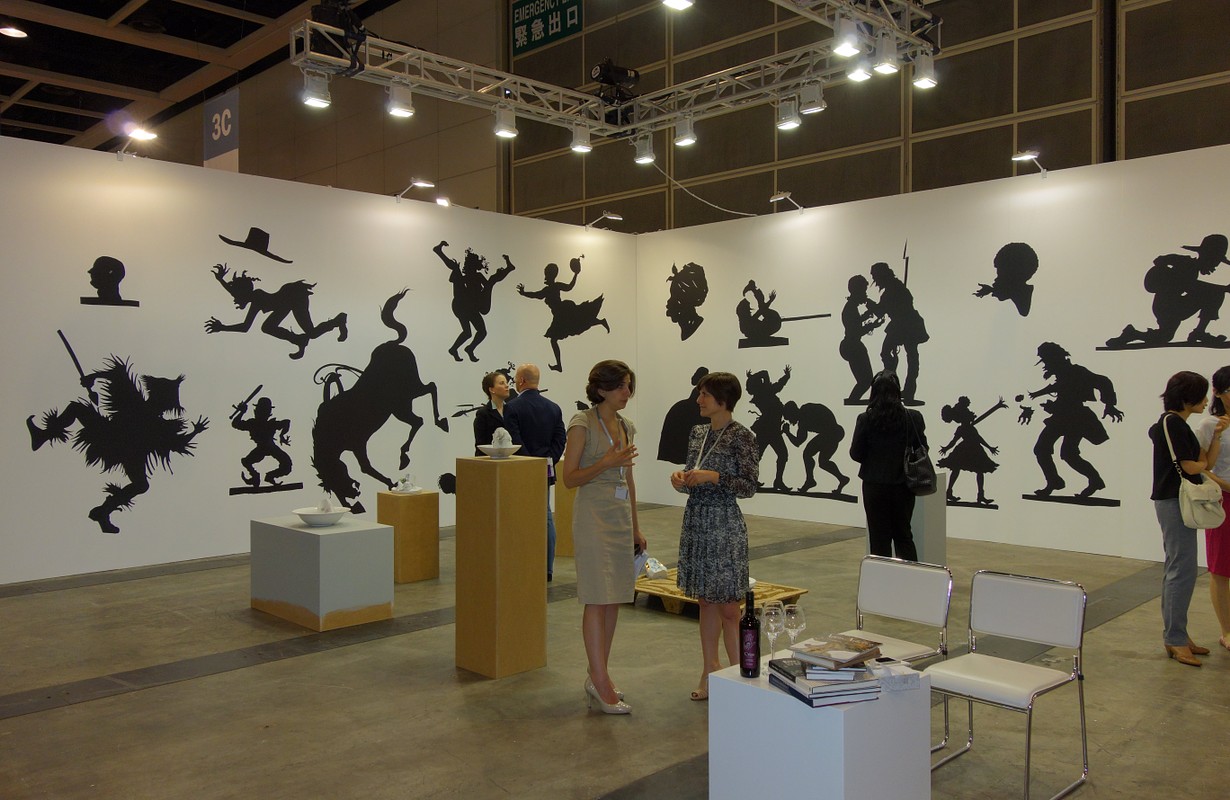 World War II Soldiers Stand in Front of the Armory 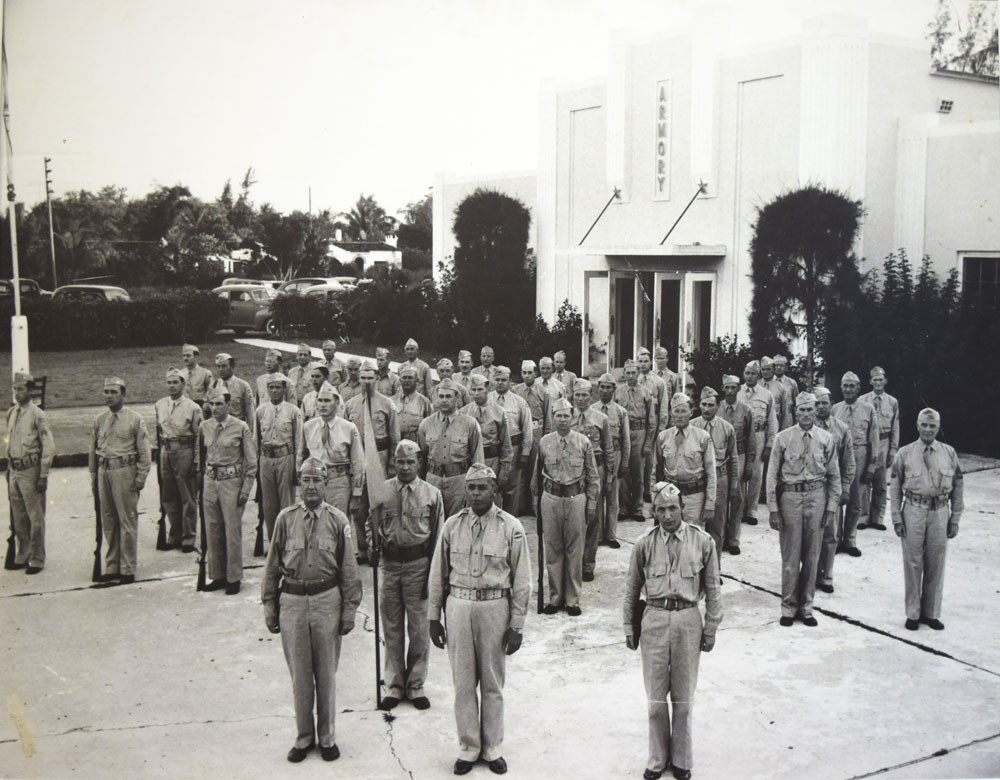 What is now the Armory Art Center began merely as a fruit and vegetable stand known as the Municipal Market. Much of the produce came from farmers around Lake Okeechobee who would send their goods by barge down the canal to the Municipal Market for the people of Palm Beach. By 1930, with the U.S. in the midst of the Great Depression, the majority of national guard facilities in Florida were found to be in poor condition. To remedy this situation, the Florida National Guard requested funds from the Works Progress Administration (WPA) to build new armories, with some local communities contributing money as well. This armory was among those that were built as a result of the effort.

In order to build the Armory, most of the Municipal Market had to be dismantled, but there was a portion of the original structure that remained. The total cost to build came to around $56,000 and the building first housed Company C of the 124th Infantry. Like all WPA projects, its construction provided jobs to local workers. The Armory, designed by William Manley King in the Art Deco style, was completed and dedicated in 1939. The original granite plaque from the WPA commemoration was discovered buried on the property in 2010 and restored.

During World War II, the Florida National Guard was mobilized for the war and a new military organization called the Florida Defense Force (FDF) was established to temporarily replace the National Guard, which was deployed overseas. In West Palm Beach, a military unit, Company B, 8th Battalion of the Florida Defense Force, was created and headquartered at the Armory. It participated in a variety of civil defense operations in the area, which included coordinating with local residents in defensive preparations. The FDF was disbanded after the war and a new local unit of the National Guard was organized in 1947. In the main building of the Armory Art Center, a vault that once housed the guns still remains. Another building served as the maintenance and repair center for military vehicles.

After the war ended, the National Guard Armory became a highly sought after place for local events such as proms and parties, even bringing in popular entertainers like Chubby Checker. By the early 1980s, the Armory was no longer being used by the National Guard and the building had deteriorated significantly; it was in serious need of renovation but sat empty for the next several years. But in 1985, the Art Deco style building found a new use. That year, the Norton Art Museum closed its art school, leaving teachers and artists without a place to gather and produce art. In 1986, the not-for-profit Armory Art Center was founded, offering a space for aspiring artists to pursue their interests. Today, the Armory Art Center offers art classes to students, features exhibits, holds lectures, and hosts special events for the community. In 1992, West Palm Beach's most famous Art Deco style building was added to the National Register of Historic Places.