On August 24, 1921, over 10,000 miners and former WW1 Veterans marched from the town of Marmet to Blair Mountain to raise awareness to the heads of the state of West Virginia, and the anti-workers union coal operators that their rights as workers and as people would not be infringed upon. This display led to the bloody conclusion of the Mine Wars of West Virginia.

Miners line up for strike relief in Matewan (1921) 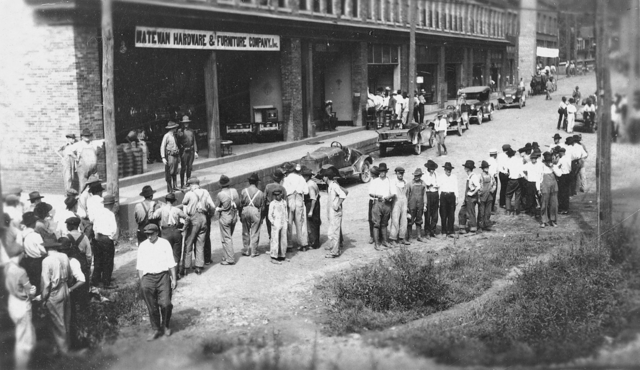 Map of the march 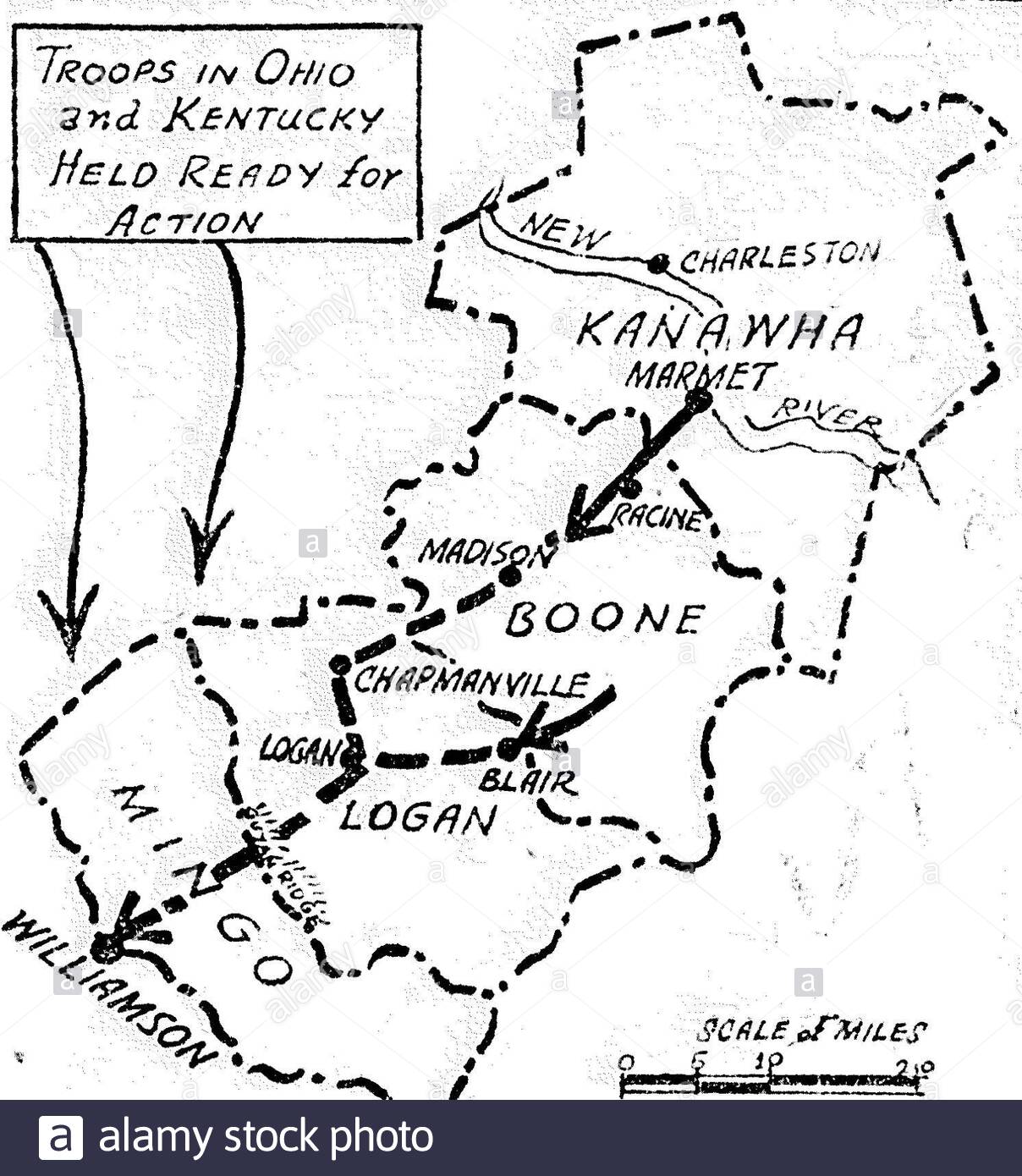 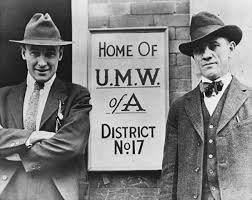 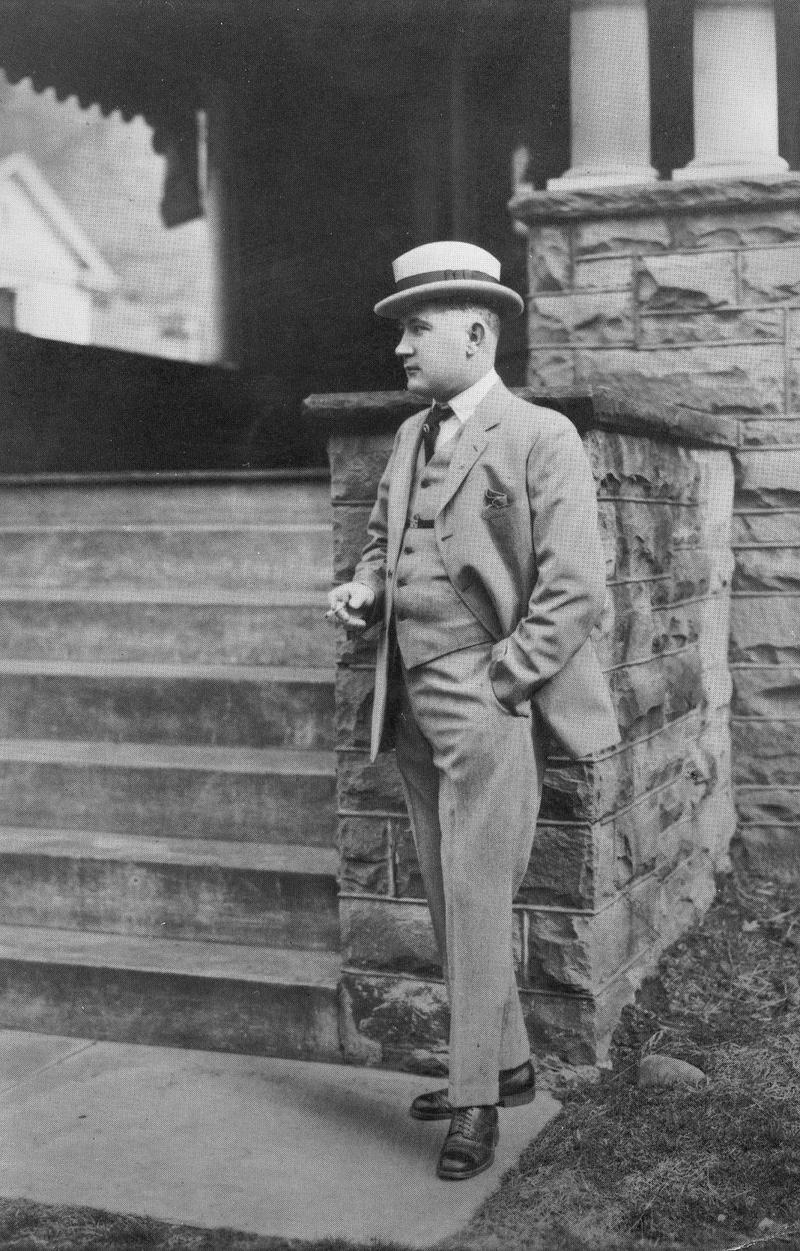 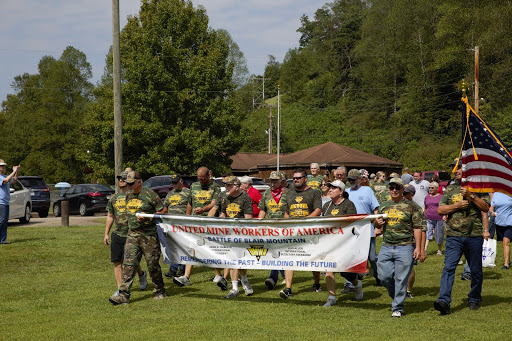 After the assassination of Sherriff Sid Hatfield on August 1, 1921, by the hands of Baldwin-Felts DA agents on the McDowell County Courthouse step before his trial, supporters of the UMWA in West Virginia knew then that peace was not going to be an option. Hatfield was seen as a hero to their cause, so this led many to great outbursts and frustration. Frank Keeney, elected president of the UMWA of District 17, and Fred Mooney, Secretary-Treasurer of the same district, rallied hundreds of miners of their area to meet for a march in the town of Marmet, close to West Virginia’s capitol city.

Word had spread fast of this march and over 15,000 miners showed themselves and their support for the UMWA march. The goal of this protest was to loosen the martial law and anti-union mine guard clamp that had been latched on to Mingo County since 1918. Though their goal was to be peaceful if all possible, they knew who they stood against. Many of the miners were veterans of the first World War, and used their talents to help fight this home-grown skirmish. From nursing tents to food tent, secret codes and sentry patrols, the miners of West Virginia were ready to fight and die for their basic human rights.

With rifles in hand the March began on August 24, 1921, and their finish line was meant to be Mingo County. There march led them through Lin’s Creek, Racine, Madison, and finally Logan county line. Here is where opposition met the miners as it was a stronghold of anti-union coal operators and a sheriff by the name of Don Chafin. Chafin collected 3,000 armed state police officers and militiamen to set up gun turrets to hold their county line. Keeney and Mooney tried to cease the march after meeting with the War Department’s General Harry Bandholtz. Bandholtz told the two men that any form of violence would create further hardship for the union, yet the conflict had already begun on Logan county lines involving a firefight between 10,000 miners and 3,000 of Chafin’s men.

On September 7, 2019, to commemorate the march that led to the end of the Battle of Blair Mountain and those who sacrificed everything so true rights could reign free, modern members reenacted the march from Marmet to Racine.

“This is the greatest insurrection in the history of these United States of America, other than the Civil War. We should be teaching this in every classroom in America."