The historic Old Palm Beach County Courthouse was built in 1916 and is an excellent example of Neoclassical Revival architecture. Its most notable features are the three entrance porticos with Corinthian columns. Today the building houses the Historical Society of Palm Beach County and the Richard and Pat Johnson Palm Beach County History Museum, which the Society operates. Some county government offices are also housed in the building. The museum features four galleries, two of which are permanent (the People Gallery and the Places Gallery). The other galleries, one of which is historic courtroom, have temporary exhibits. The Society also operates a library in the building, which houses an archive that contains a variety of historical artifacts records such as photographs, newspapers, and maps. 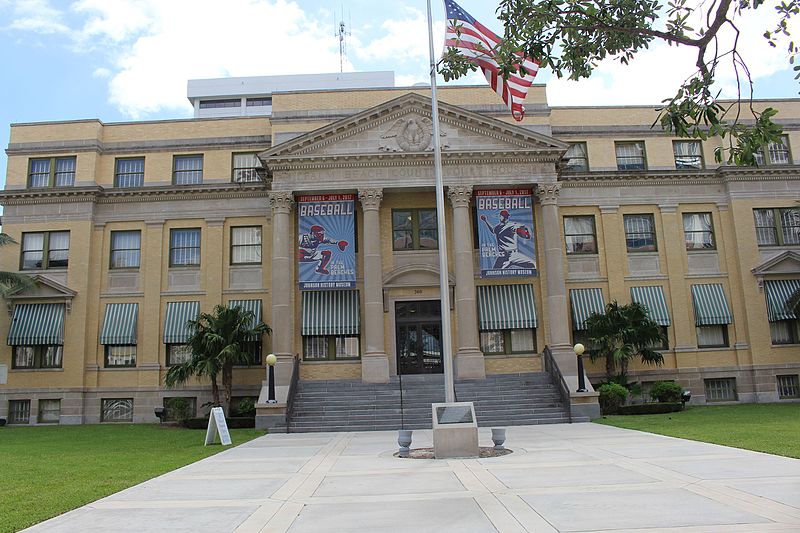 When the courthouse was built, West Palm Beach was a relatively small community of 18,000 residents. Despite its size, the city spent $135,000 to build the courthouse, which was a large sum at the time. The architect who designed it was Wilber Burt Talley, who was one of the leading architects in the early 20th century. Initially, the courthouse contained all county government offices. The courtroom was used ten years. Over time as the county grew (especially in the 1920s and after World War II), the need for other, larger government buildings increased. As a result, several modern county government buildings are now located in the immediate area surrounding the old courthouse. In the late 1960s a "wraparound" addition was built that completely surrounded the building. This was torn down in a long-term restoration project that lasted from 2002 to 2007. The museum opened in 2008. The historical society was established in 1937.