The Battle of the Wilderness Historical Marker

The Battle of the Wilderness was an attempt by Lee to stop Ulysses S. Grants overland campaign. The fighting took place in the dense underbrush surrounding Spotsylvania, near the battle of Chancellorsville. The Fight happened in 1864 over the days of May 5-7th. Close quarters combat was the most common in this battle as lines of sight and lines to shoot were very poor trying; it was nearly impossible to shoot muskets in dense thickets with overgrown trees laying all about. The battle proved to be inconclusive as Grant disengaged however instead of the Union commanders that met defeat at the Rappahannock River, Grant decided to try and outmaneuver Lee to the left which would set up the battle of Spotsylvania Courthouse. The location for this entry is for a portion of the battlefield preserved today. There is no visitor's center for the Battle of the Wilderness, but more information on it can be gleaned from the centers for the battles of Fredericksburg and Chancellorsville. The battle occurred at the same location as the Battle of Chancellorsville, which was fought two years prior.

Battle Plans from the Battle of The Wilderness 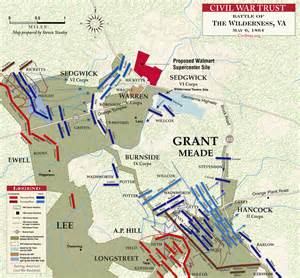 Marker for the battle 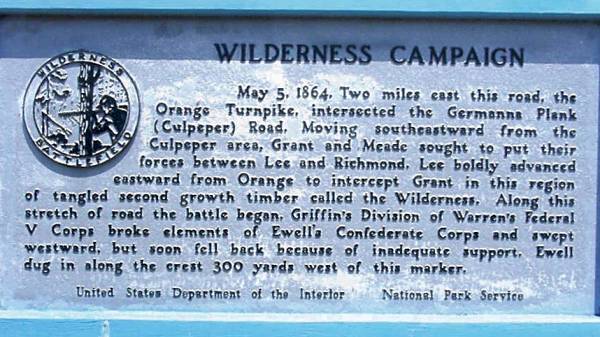 Sketch for Harper's Illustrated made during the battle 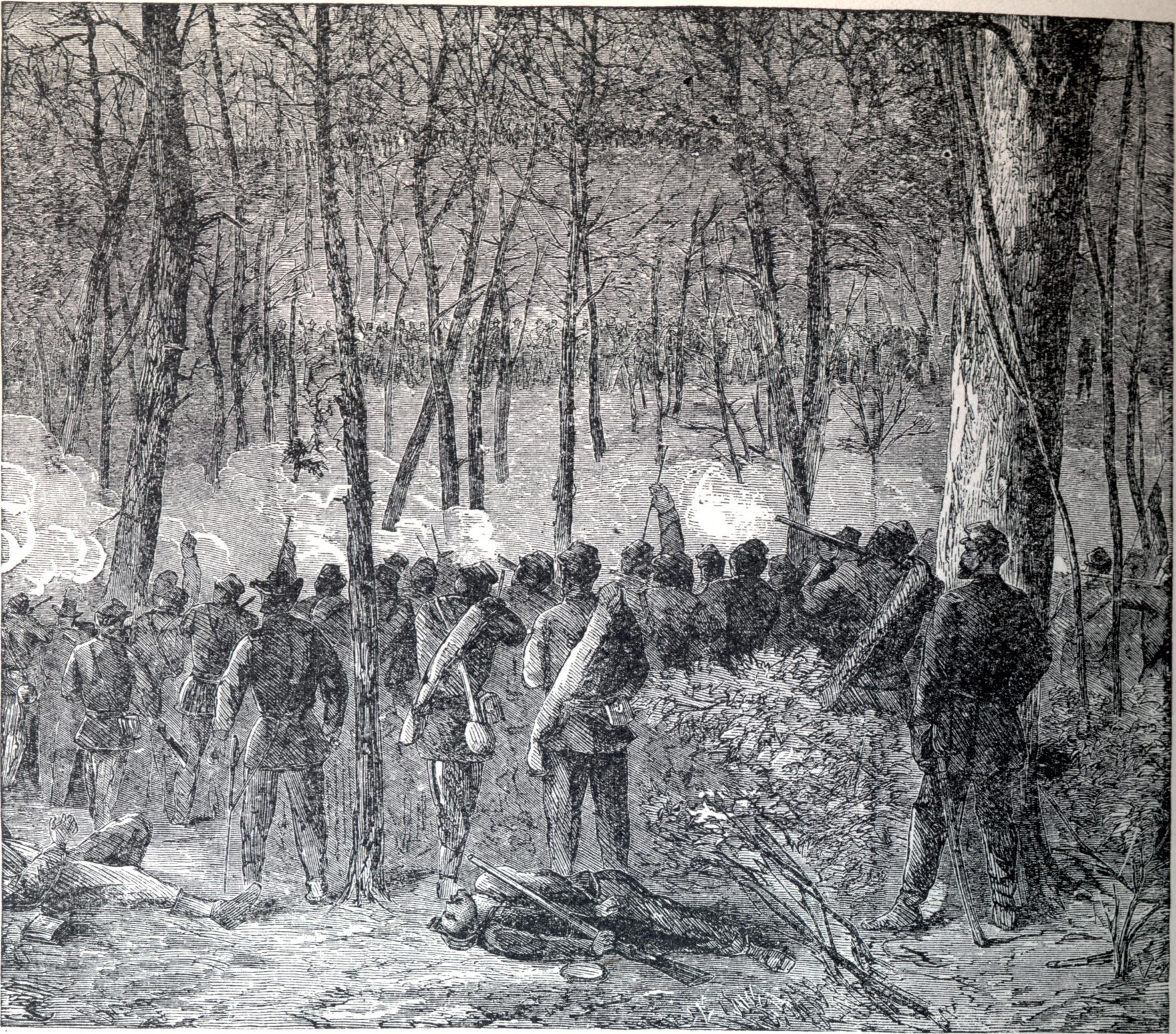 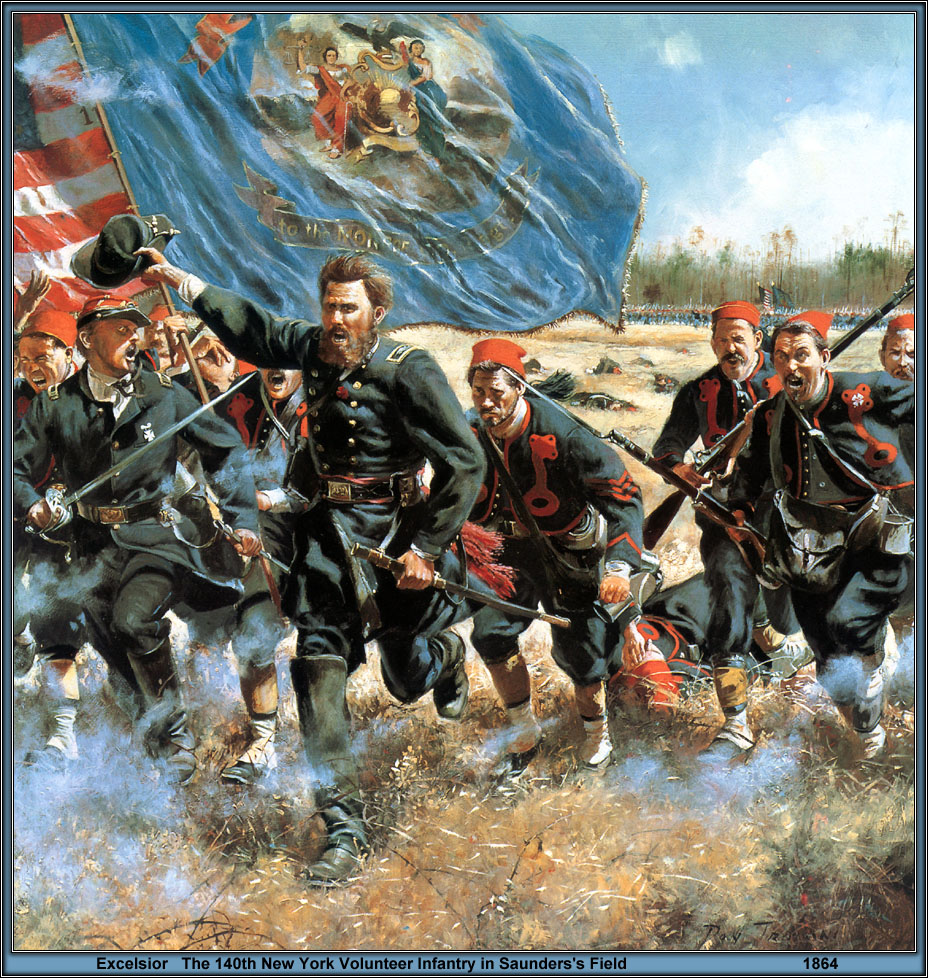 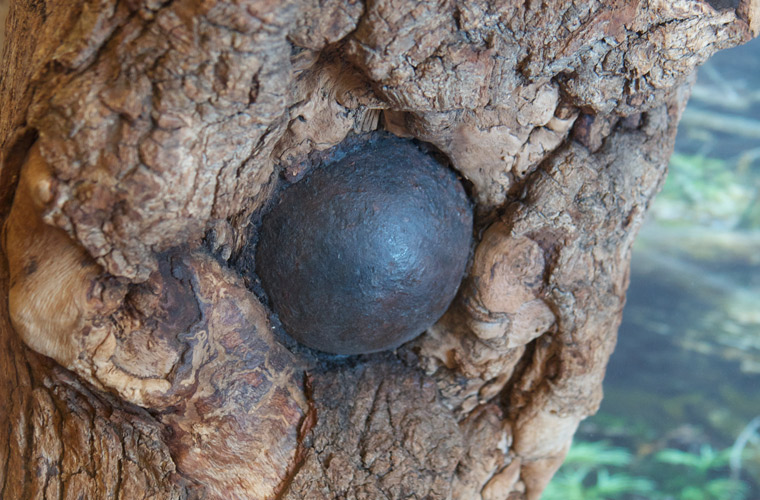 Sketch of Union soldiers trying to save their wounded comrades from the raging forest fire caused by the heavy fighting that went on all day and into the evening. 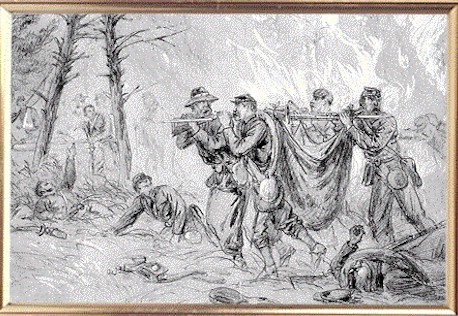 The Ellwood House was used by Union Major General Gouvemor K. Warren, in command of the Union 5th Corps. This is the only original structure that stands to this day

Skeletal remains of the wounded following the fire. 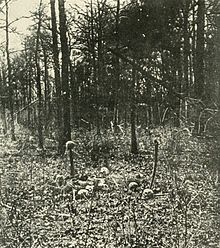 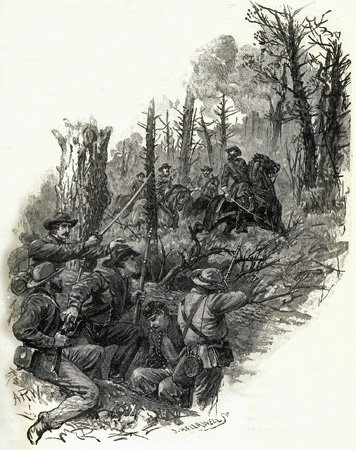 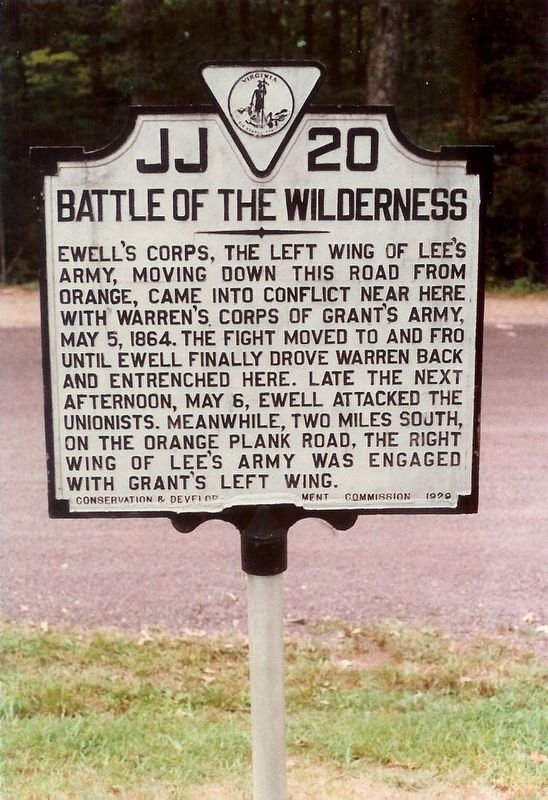 Lee had received word that the Feds were marching towards Richmond and ordered the first, second, third, and his cavalry corps to intercept the Army of the Potomac along the Orange Turnpike. When the Federals received word that there were Confederate forces moving alone the turnpike General Meade ordered General Warren to strike the Rebels. Warren, however, was not thrilled about the attack as it would be in thick thickets and would result in mass chaos and they would not be able to use their superior numbers to outmuscle the Confederates as battle lines would be impossible to maintain. Despite Warren's instincts he followed his orders and marched towards the Confederates and the Orange Turnpike, where on Saunders Field, the fighting would begin and be at its heaviest. General Ewell's men had built strong earthworks to defend themselves on the road and as soon as the Union came out of the woods Ewell's men opened up a volley. The Union, however, did achieve a brief breakthrough before it was clogged up by General Gordon.

As a response to the battle on May 5th Lee ordered an attack on the 6th hoping to be able to hit them on the counteroffensive and repulse the Overland Campaign. This was a colossal failure and misstep by Lee as the Confederates moved forward without cohesion they were easily repulsed by the Union lines. The heavy brush did not help the Confederates as they attacked. A few men were able to plant flags on the burning works, but within minutes the Union launched a counterattack and reclaimed the works.

On May 7th both sides awaited an attack, realizing that he could no longer make any headway in the wilderness Grant ordered Meade to pull out and head towards Spotsylvania Courthouse. The Union suffered around 20,000 casualties; Confederates only suffered around 10,000 casualties. The Union, however, was not dispirited and when looking at the troops that part in the battle (102,000 for the Union and 61,000 for the Confederates) the losses sustained by the Confederates were harder to reinforce than the Union. Many of the wounded that could not be evacuated from the fire raging through the woods also lost their lives.  Grant, rather than retreat, pushed on towards Richmond. Although he lost more men in nearly every engagement, each battle increased the inferior position of Lee's dwindling army.

The other similarity that Wilderness shares with the Battle of Chancellorsville is that near the spot where Stonewall Jackson was mortally wounded, CSA General James Longstreet was also wounded but survived. Despite his military leadership, there are no monuments to Longstreet in the South owing to his support of the bi-racial Republican Party during Reconstruction.