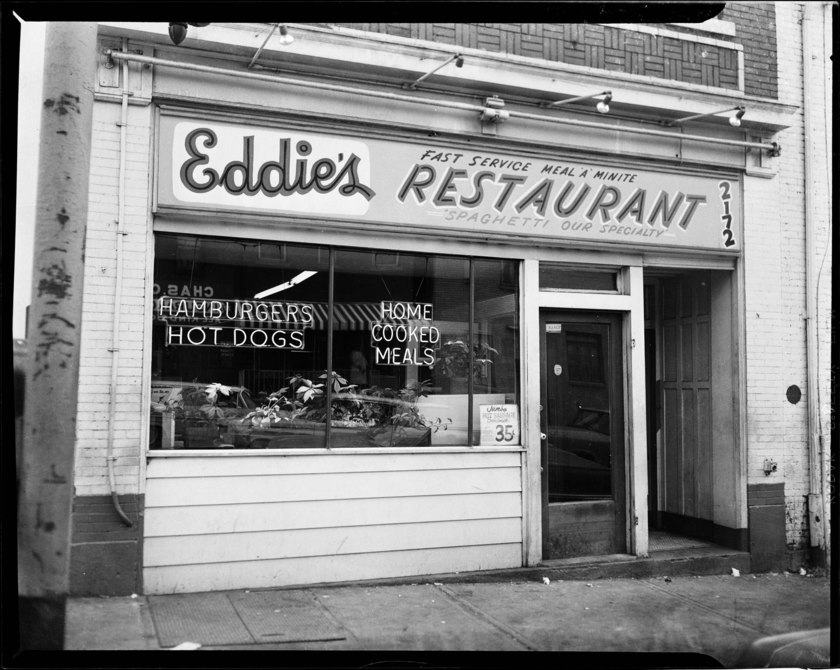 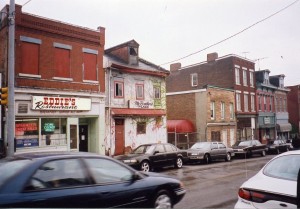 August Wilson came to Eddie’s Restaurant to write his plays and to find inspiration. In Two Trains Running, the restaurant’s future is being questioned. Due to the city’s urban development plans, the restaurant’s location is prime real estate. Most buildings in the Lower Hill District had the same fate at this time. However, Eddie’s Restaurant was able to survive demolition until the twenty first century. The community did not want this business to be demolished and even considered it a historical landmark. However, the Urban Redevelopment Authority deemed the site not historically valuable and Eddie’s Restaurant was demolished in 2008.

Dick Bernard for Outside the Walls