Duke Homestead was originally built by Washington Duke in 1852. After losing his second wife, Arterlia Roney, Duke planted his first tobacco crop, which would ultimately culminate into a very successful tobacco manufacturing business. Though Washington Duke sold this property in 1874 so as to move his business closer to downtown, his granddaughter, Mary Duke Biddle, purchased the property around sixty years later and donated it to Duke University, which was called Trinity College before it was renamed in 1924 to Duke University in honor of Washington Duke. 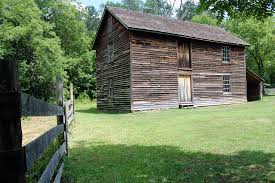 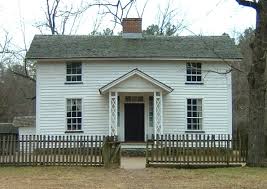 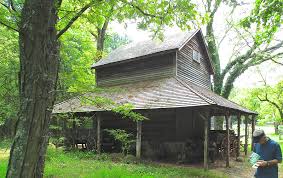 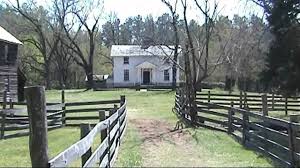 Duke homestead is comprised of a modest frame farm house with a surrounding 37 acres of farmland and the initial attempts of the Duke family at their early “factories”, before their eventual relocation to downtown Durham due to the convenience of its tobacco market and railroads. Though Duke initially began farming tobacco before the Civil War, he was subsequently drafted, though it was reported that he sympathized with the Union, and owned no slaves of his own. Upon returning from the Civil War, Washington Duke set his sights on the manufacture of smoking tobacco, perhaps inspired by the popularity of smoking amongst soldiers and realizing the economic lucrativeness of the large-scale manufacturing of quality tobacco products.

Washington Duke started his tobacco manufacturing in the truest sense of a family business. Aided by his daughter, Mary Elizabeth, and two sons, Benjamin Newton and James Buchanan, Duke’s production process was quite rudimentary, in which they beat the already cured tobacco with sticks and running it through a sieve with their hands before packaging it in individual bags for sale. Though they initially operated on a very small scale, Duke and his sons eventually travelled to 32 different states selling their product, and the success of their tobacco, coupled with the exploding popularity of the new medium of smoking in the 1880s, cigarettes, lead to Duke being able to grow his business and massively increase its scale.

After growing the success of his business and handing it off to his children, Washington Duke chose to retire at the age of sixty-one, and shift his focus onto philanthropy along with his family. Tracing back to his days of sympathy towards the Union, Duke created Lincoln Hospital, Durham’s first hospital for African Americans. Washington Duke is almost solely responsible for Trinity College’s relocation to Durham. Previously just a small Methodist college, Duke donated the modern-day equivalent of millions to Duke, which his family continued to do after his passing. Further demonstrating the influence a private citizen might have in enacting societal change, Duke placed an endowment to Trinity with the caveat that they allow women to enroll as residential students to give them an equal standing with their male counterparts. This act alone granted Duke an offer from the National Suffrage Association to assume the role of its vice president, however he declined. Trinity College was finally renamed Duke University in 1924 in honor of Washington Duke’s contributions and impact on the university. Duke Homestead is now a North Carolina State Historic Site, and is open to the public for free.