This is a contributing entry for The Evolution of Indiana Baseball's Uniform and only appears as part of that tour.Learn More.

The Indiana University baseball uniforms have come a far way from their beginnings in 1892 and have made extreme strides during this period of time. The first uniform in this time is seen in 1922 with a basic white variant which included Indiana stitched on over the cloth jersey, the hat was the letter I stitched on. This theme seems to be consistent through WW2 and up until 1947 when we see the first cursive stitched uniform for IU. This cursive and basic uniform design held until the 70s came around and brought pinstripes, alternate colors, and the first noncursive design to IU. And finally, the 80s introduced a new color scheme as well as a new jersey which displayed the numbers as well as IU on the front. This theme carried up until the 1990s. The location used here is the IMU parking lot which was the old location of Jordan Field, the home of multiple IU sports teams up until its closure. 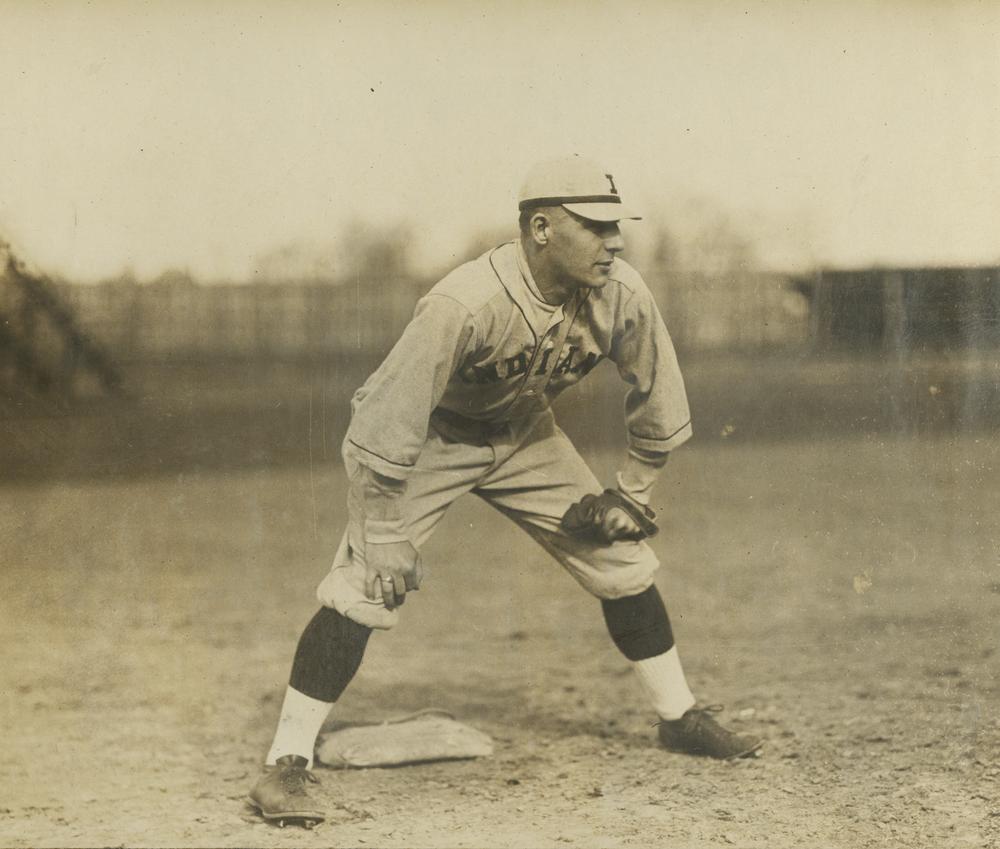 Harry and Don Ritter in 1947 Uniforms 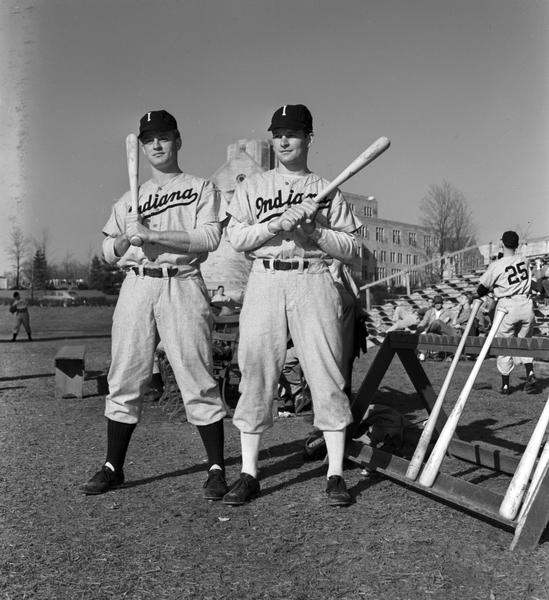 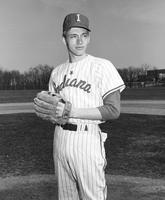 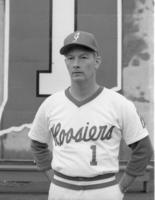 The first Uniforms being introduced here are extremely basic in the layout and the overall material. They have Indiana stitched across the front of the white cloth jersey, the hat consists of a black strip around the bottom with a black "I" stitched in the middle. These uniforms have slight variation for about twenty years when Indiana University introduces its iconic cursive stitching. This popular cursive variation of the classic jersey attracted fans and the university and these became the new uniforms. These uniforms however didn't have many differences to the ones that were first introduced. They followed the strict colors which were white and red as well as the design for the hat as well as the overall uniform.

The universities first true adaptation of the uniform comes in the 1970s, up until this point the popular Indiana cursive white jersey had slight adjustments or alternates. The 70s introduced many new ideas to the uniform that Indiana had not yet seen. For example we see pinstripe uniforms become extremely popular as well as alternate uniforms such as red jerseys instead of the typical white. We also see the first non-cursive design since the 40s which was really following the trends of other universities and major league ball clubs at the time.

The final stage that is evident here is when the University adopts new and unique color ideas as well as new uniform designs. The main uniforms that we see throughout the 1980s at Indiana University have the players number on the front of the jersey stitched next to the letters "IU". This style was new to the university and similarly to the uniforms of the 1970s it was influenced by the trends at the time. They also began implementing new alternative jerseys using the school mascot "Hoosier" as something to put on a uniform. New ideas like this represented the time and how different teams across the world were doing the same sort of thing.