The Havre de Grace Colored School has been bought back into the ownership of former students, these students turned the building into a museum. The outside of the buildings have not changed, however the inside of the building was remodeled as a doctor's office. The museum owners plan on renovating the building, implementing the former interior design that will replicate the old school. 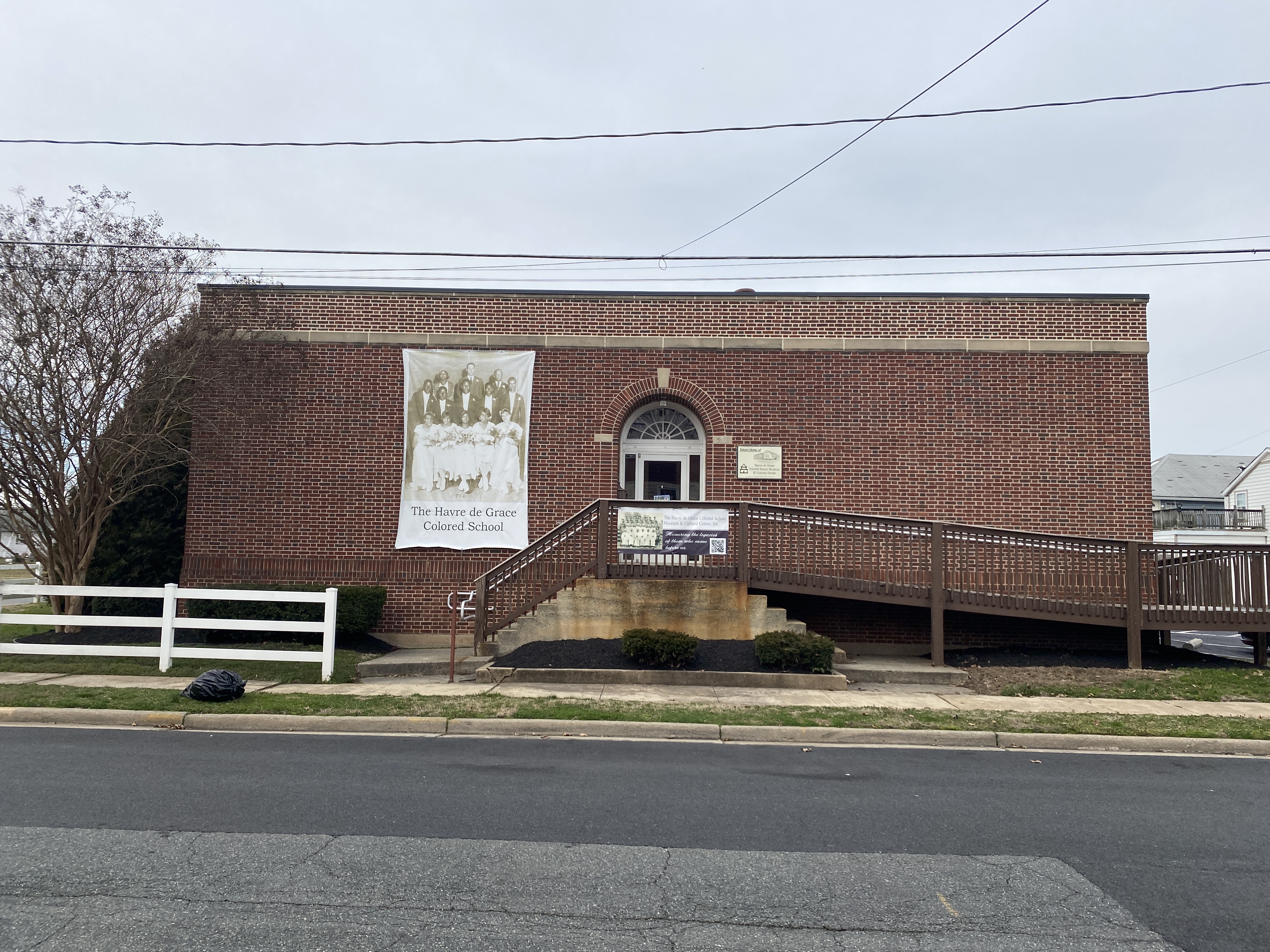 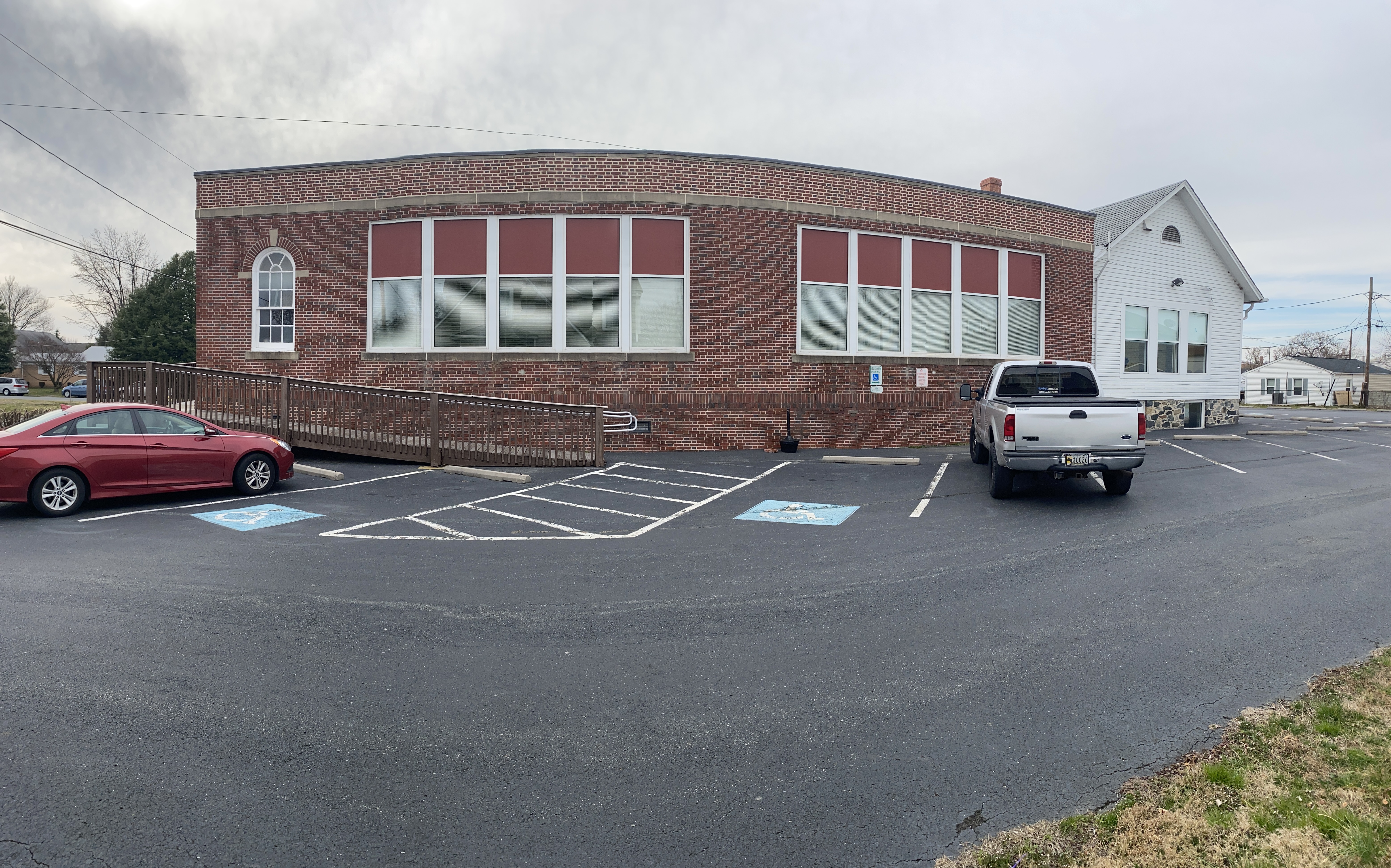 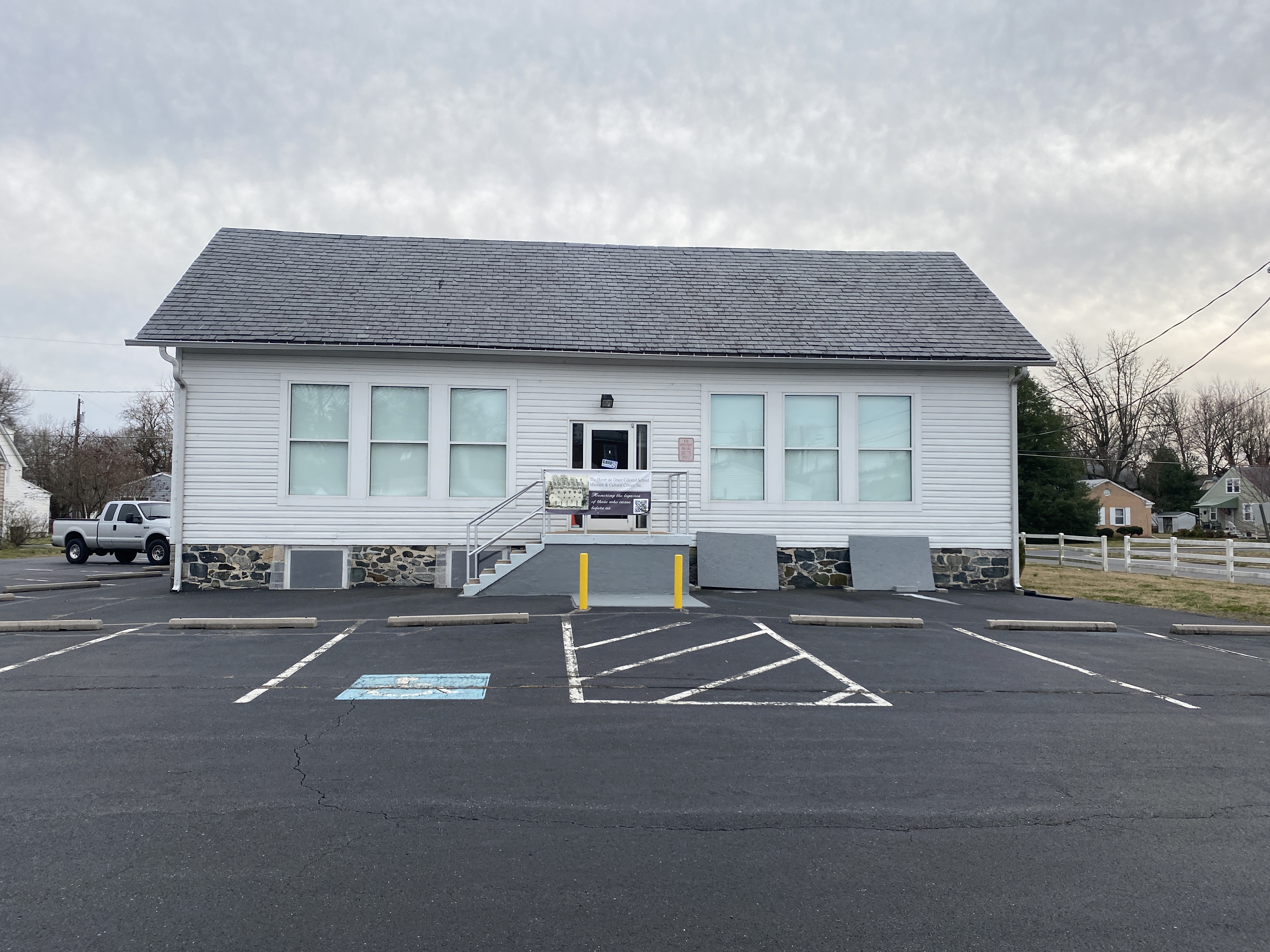 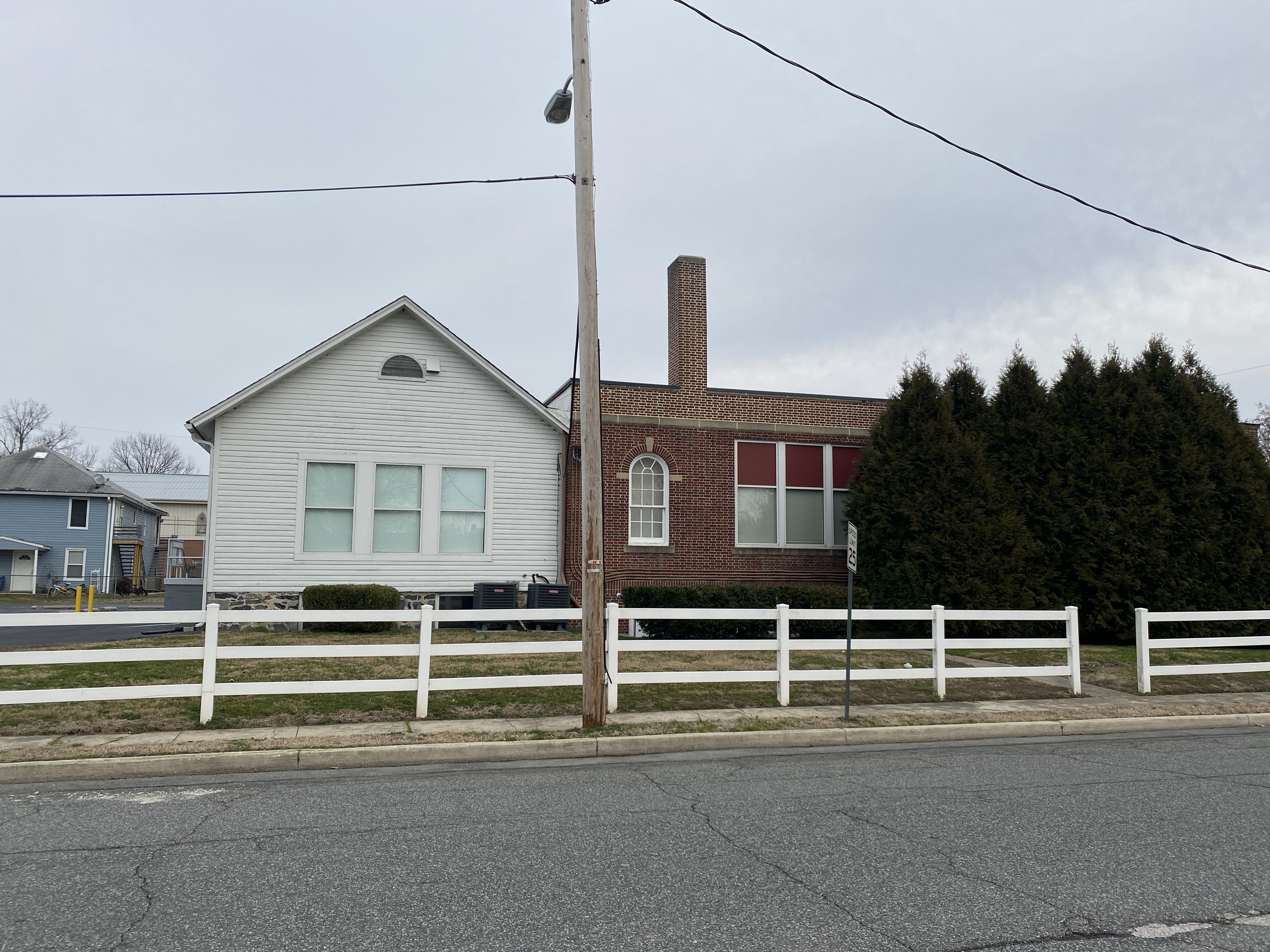 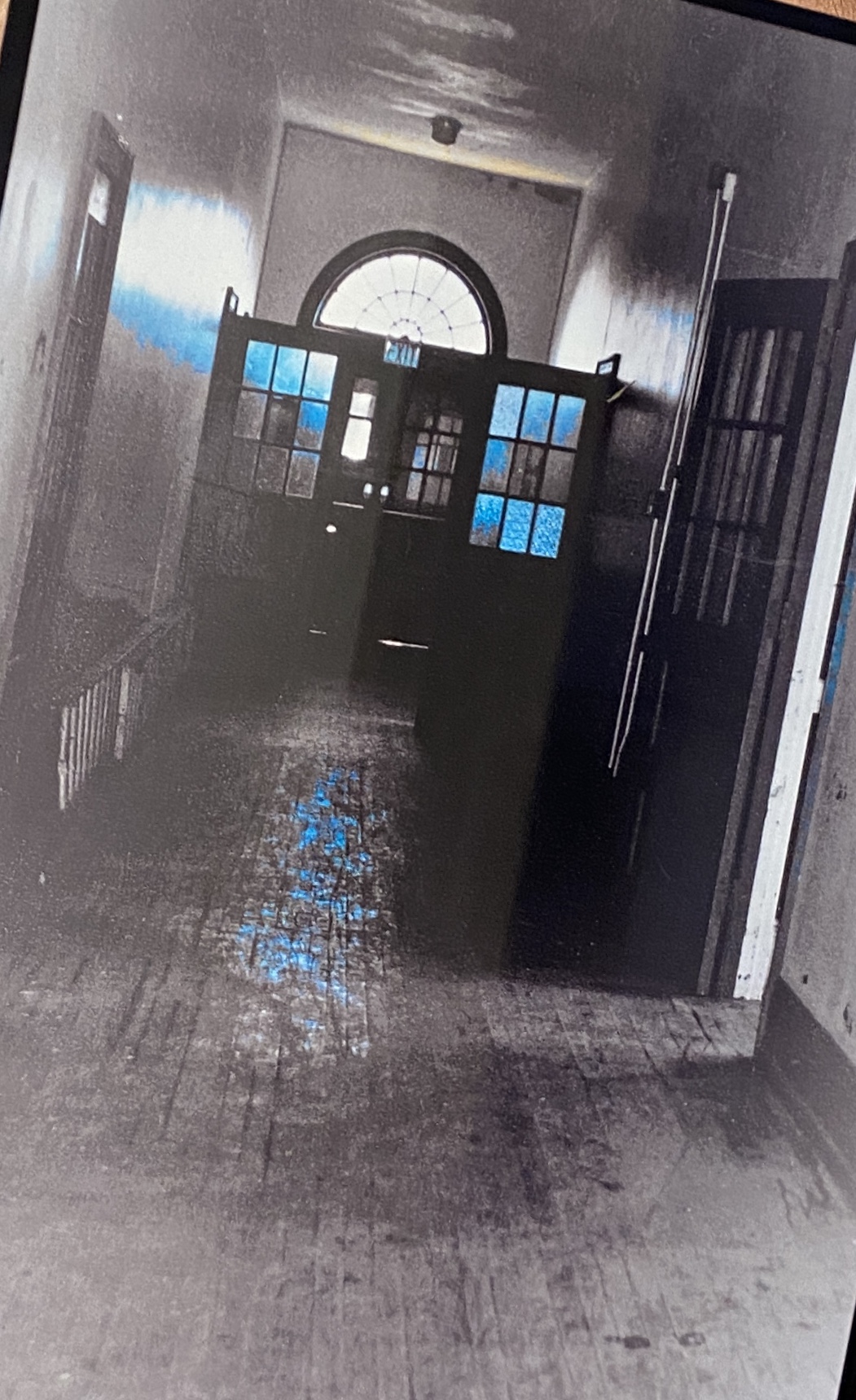 Students posing for a picture outside of the Havre de Grace Colored School Front door. 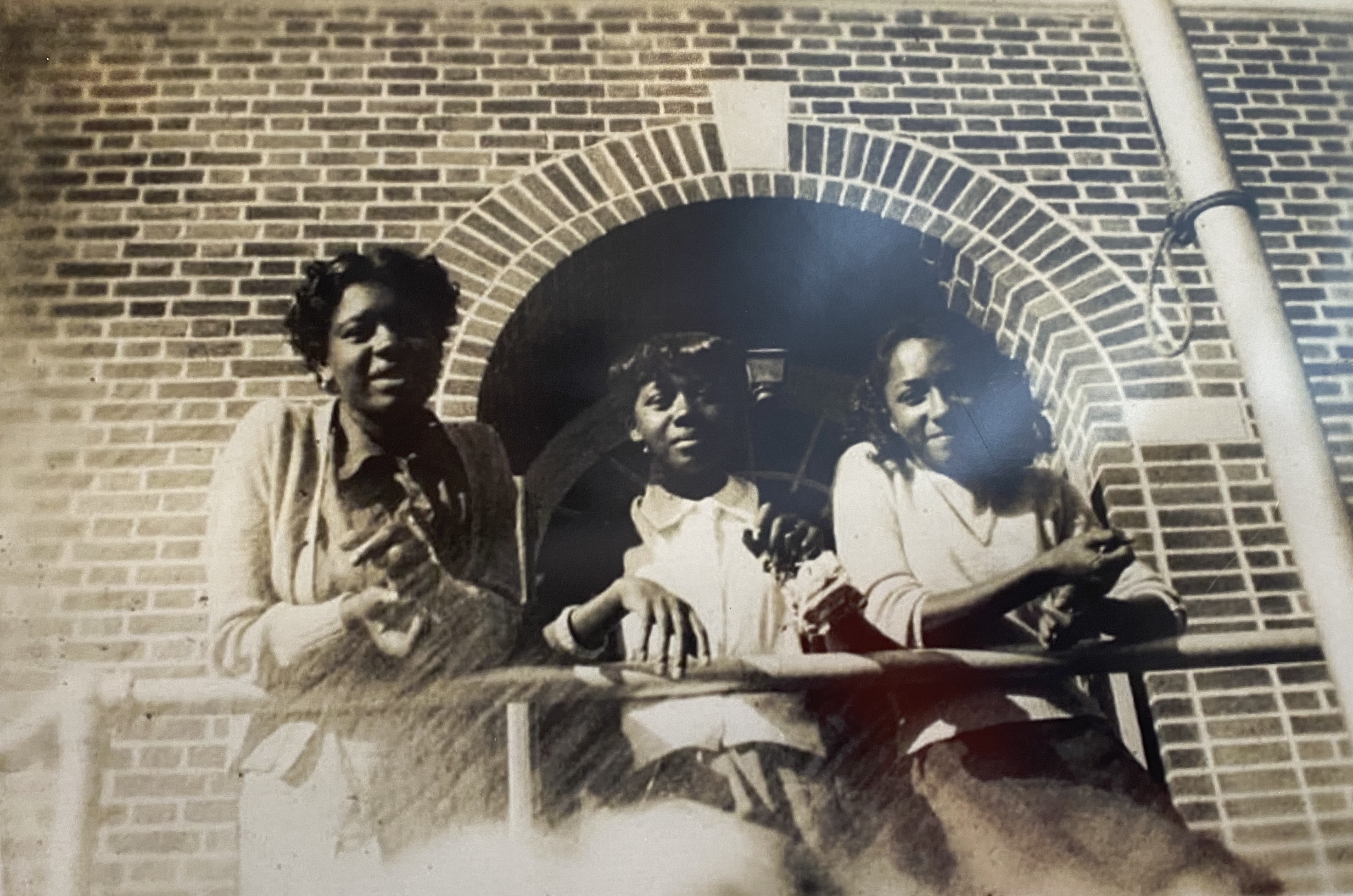 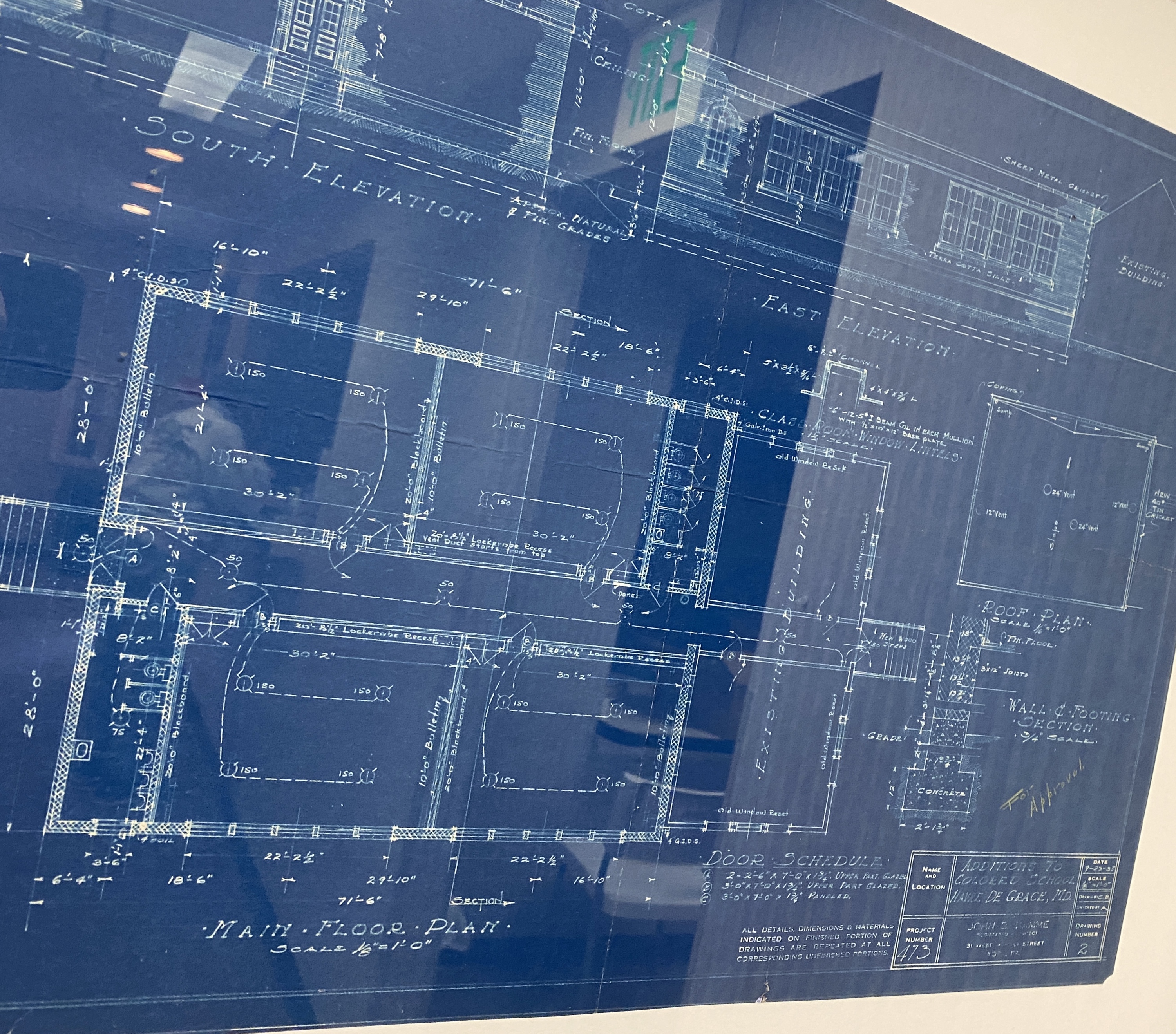 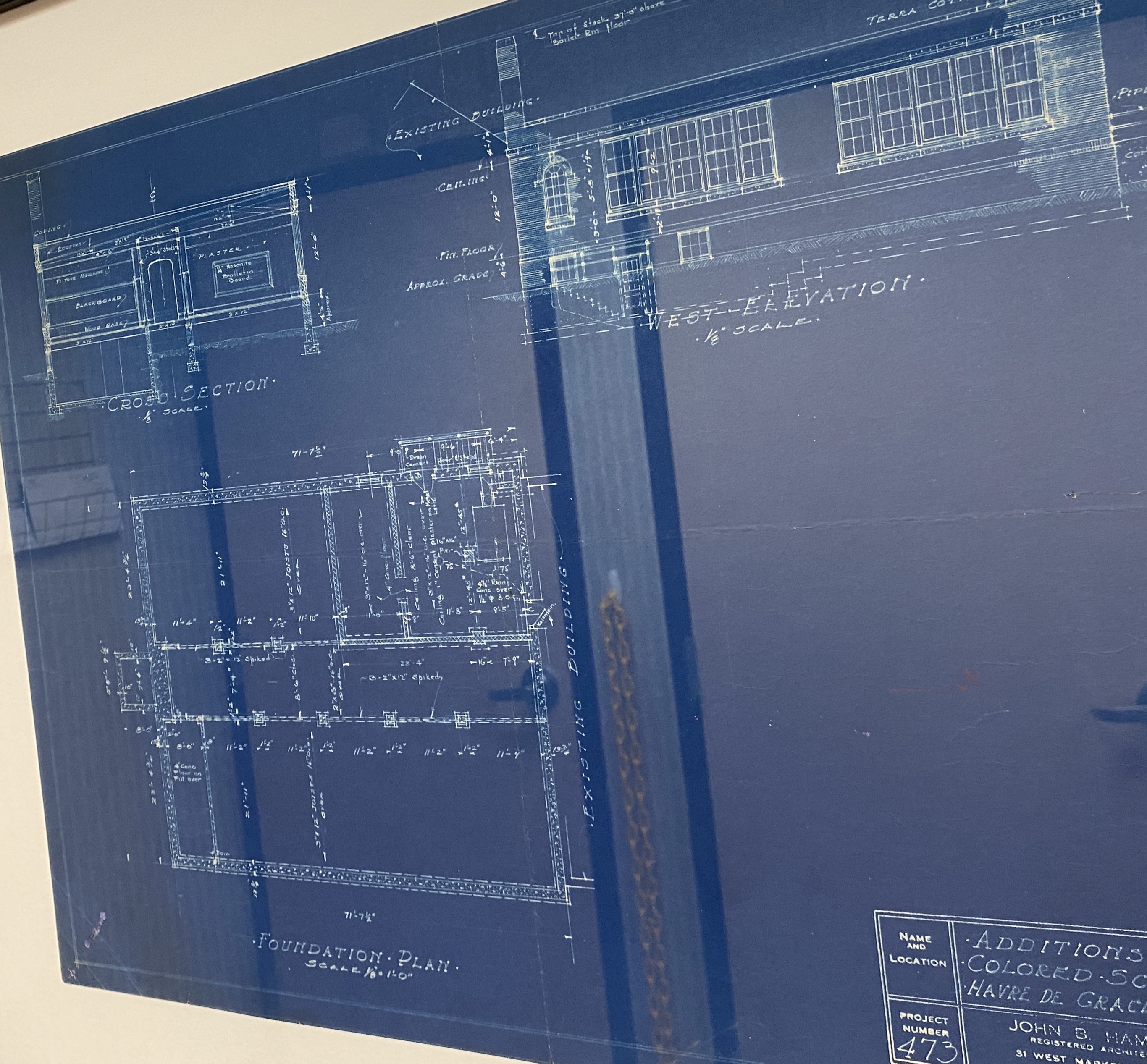 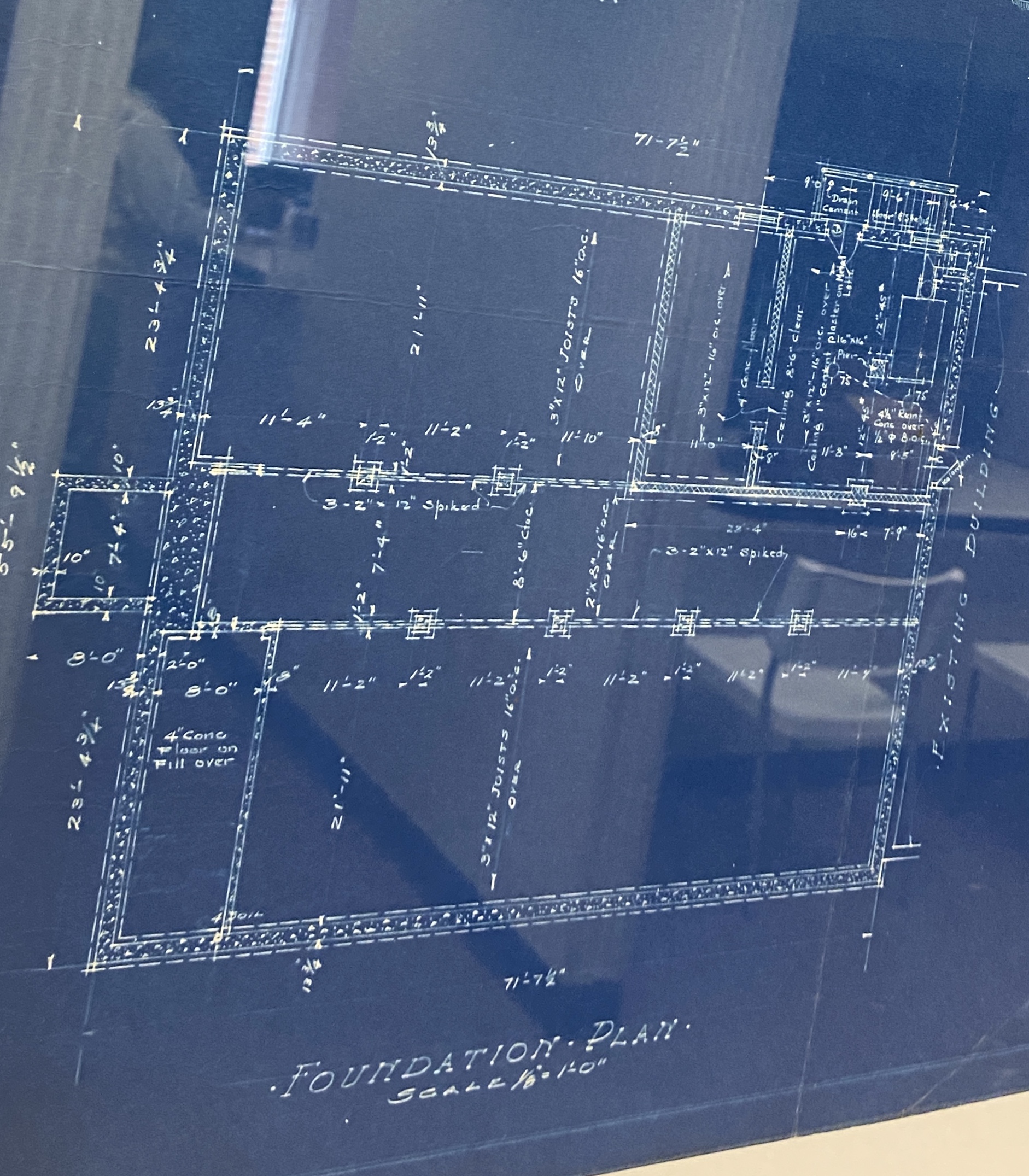 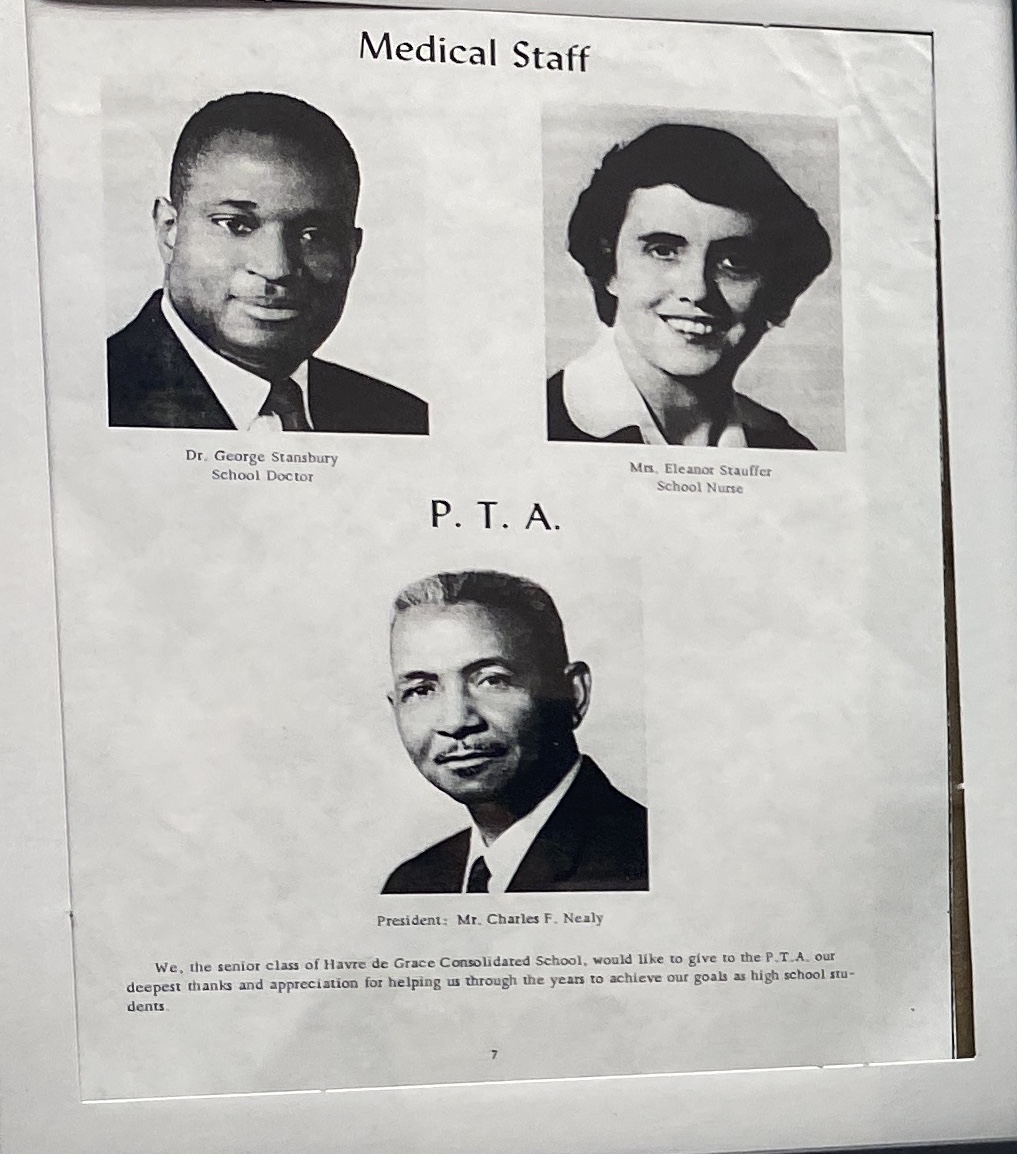 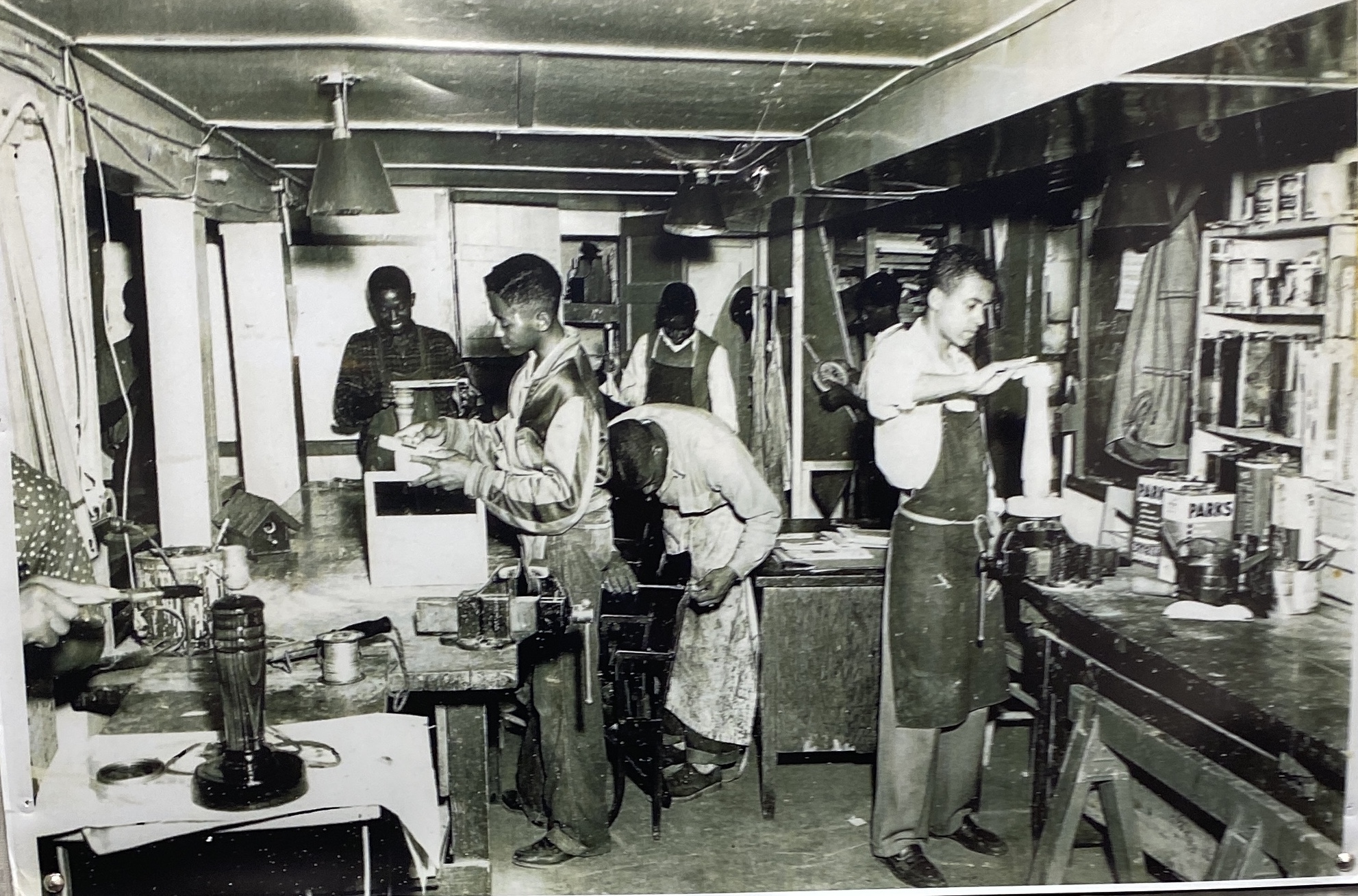 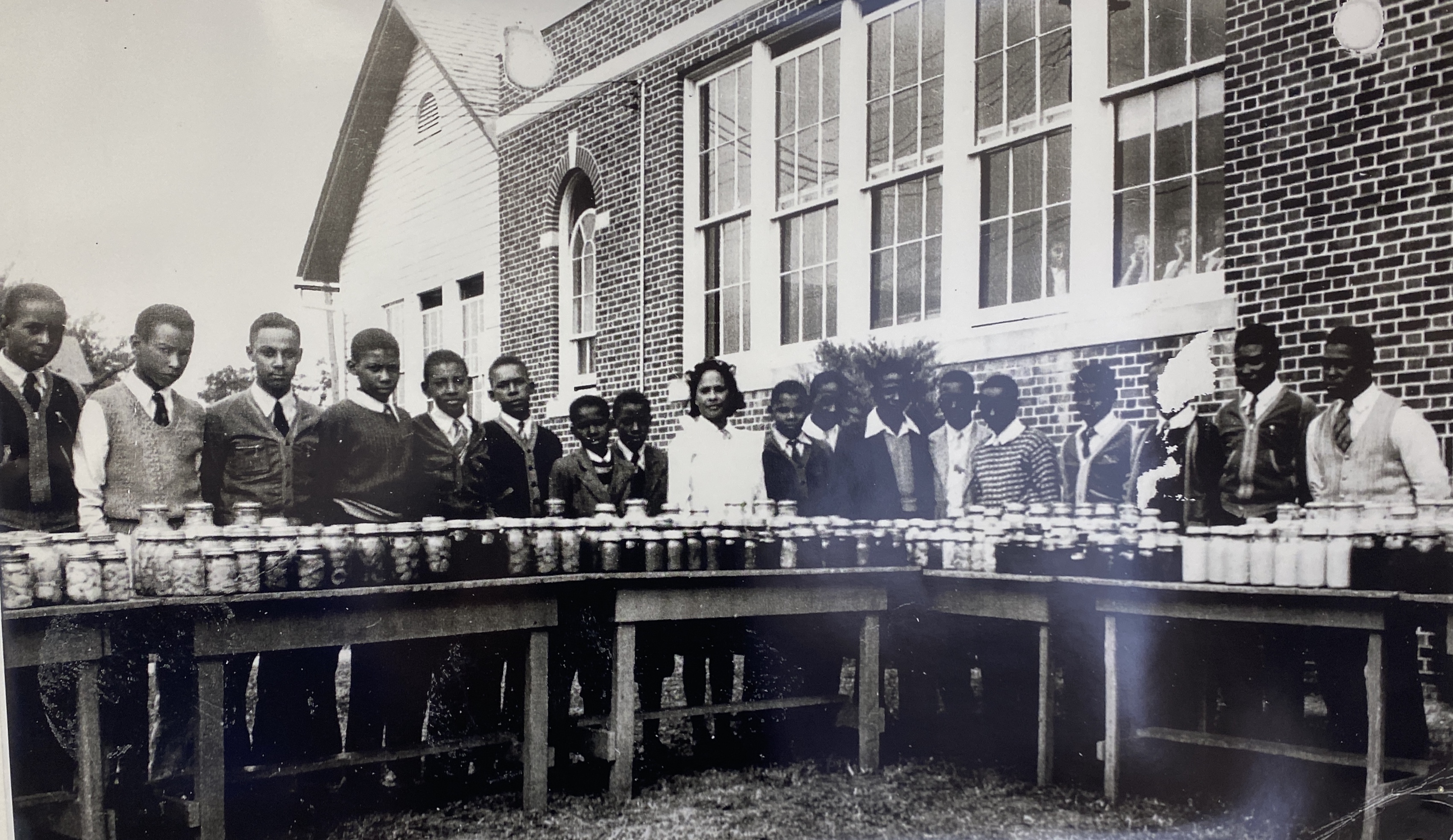 This building right across the the Havre de Grace colored school was used for extra classrooms. 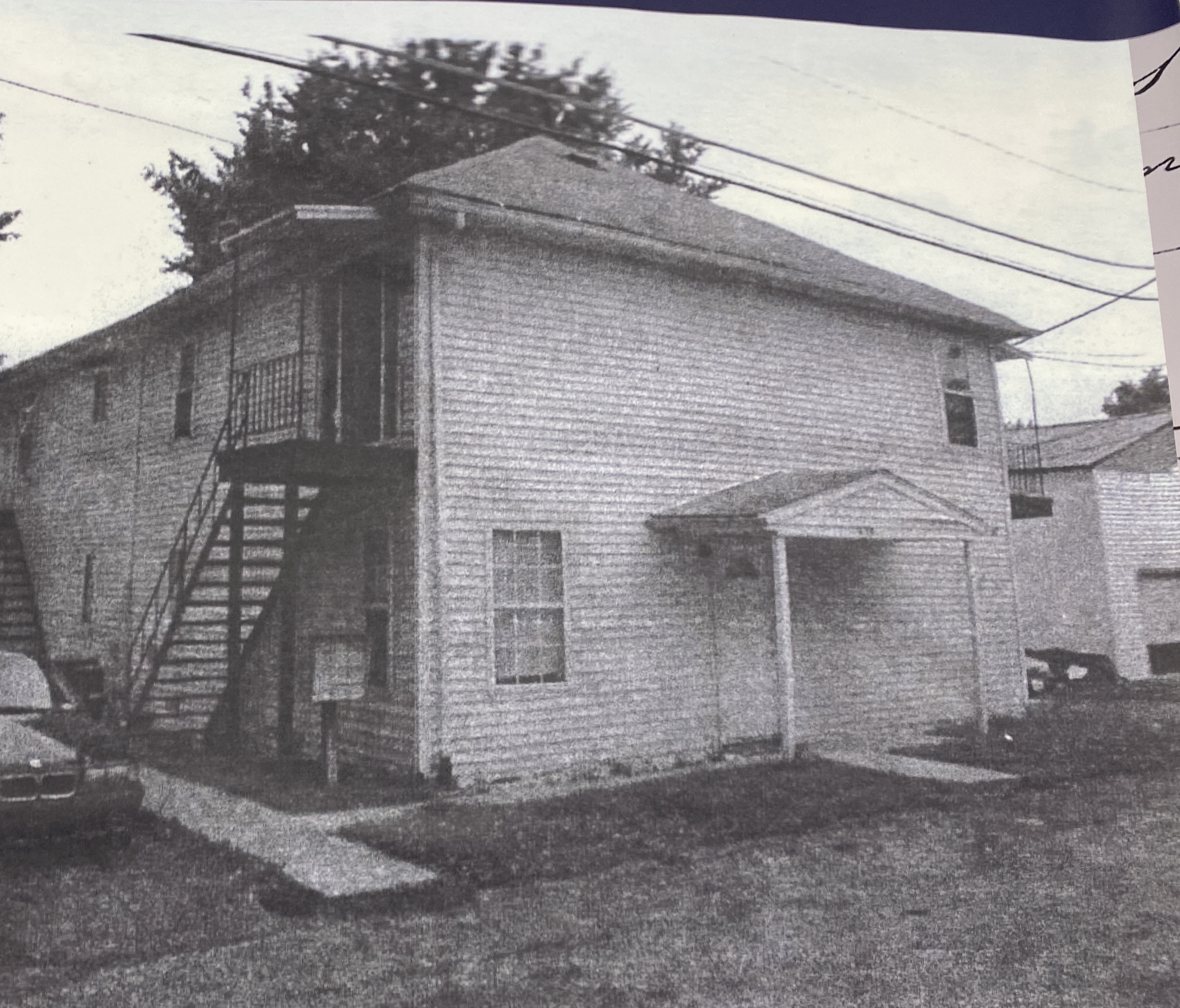 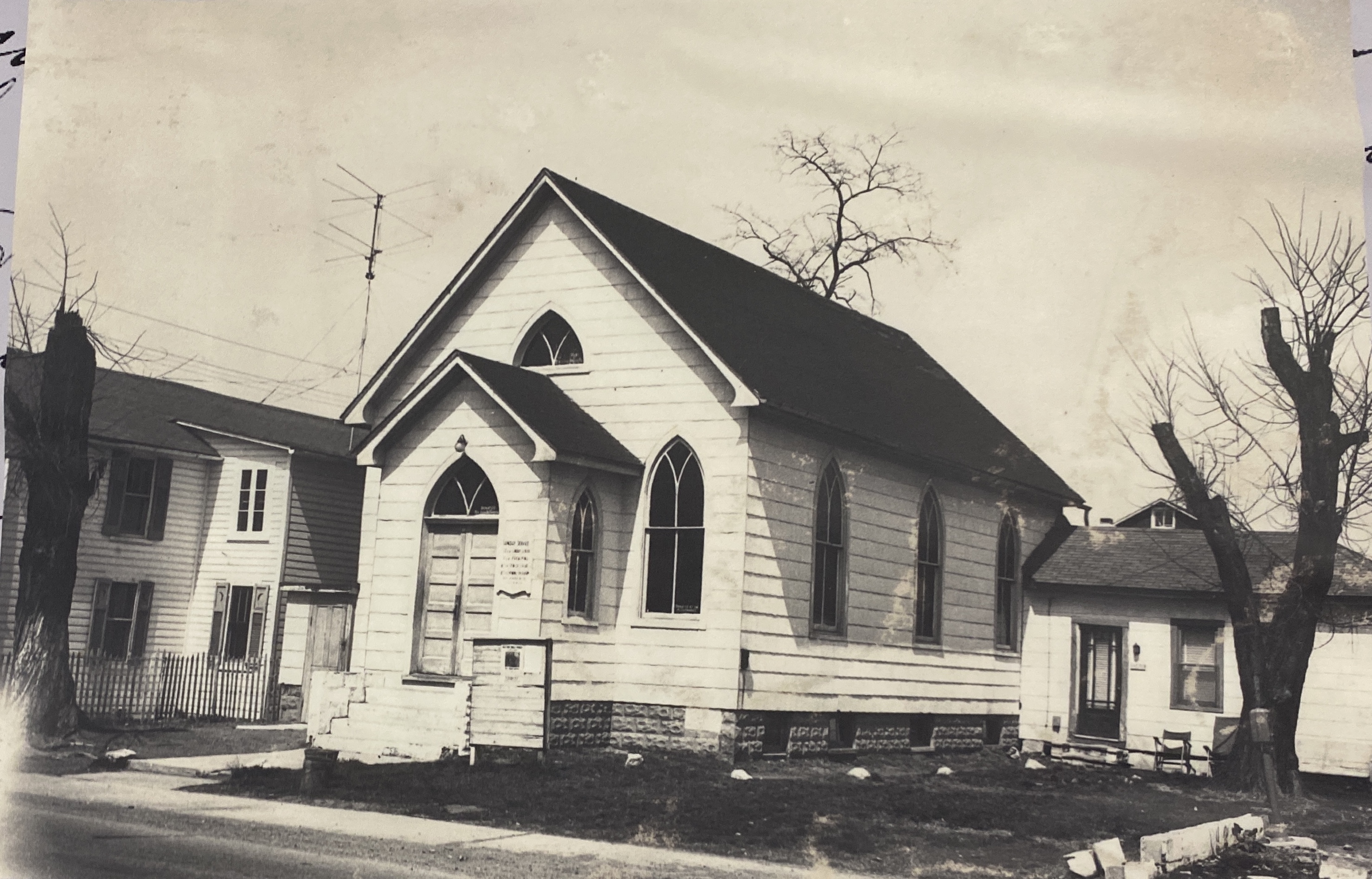 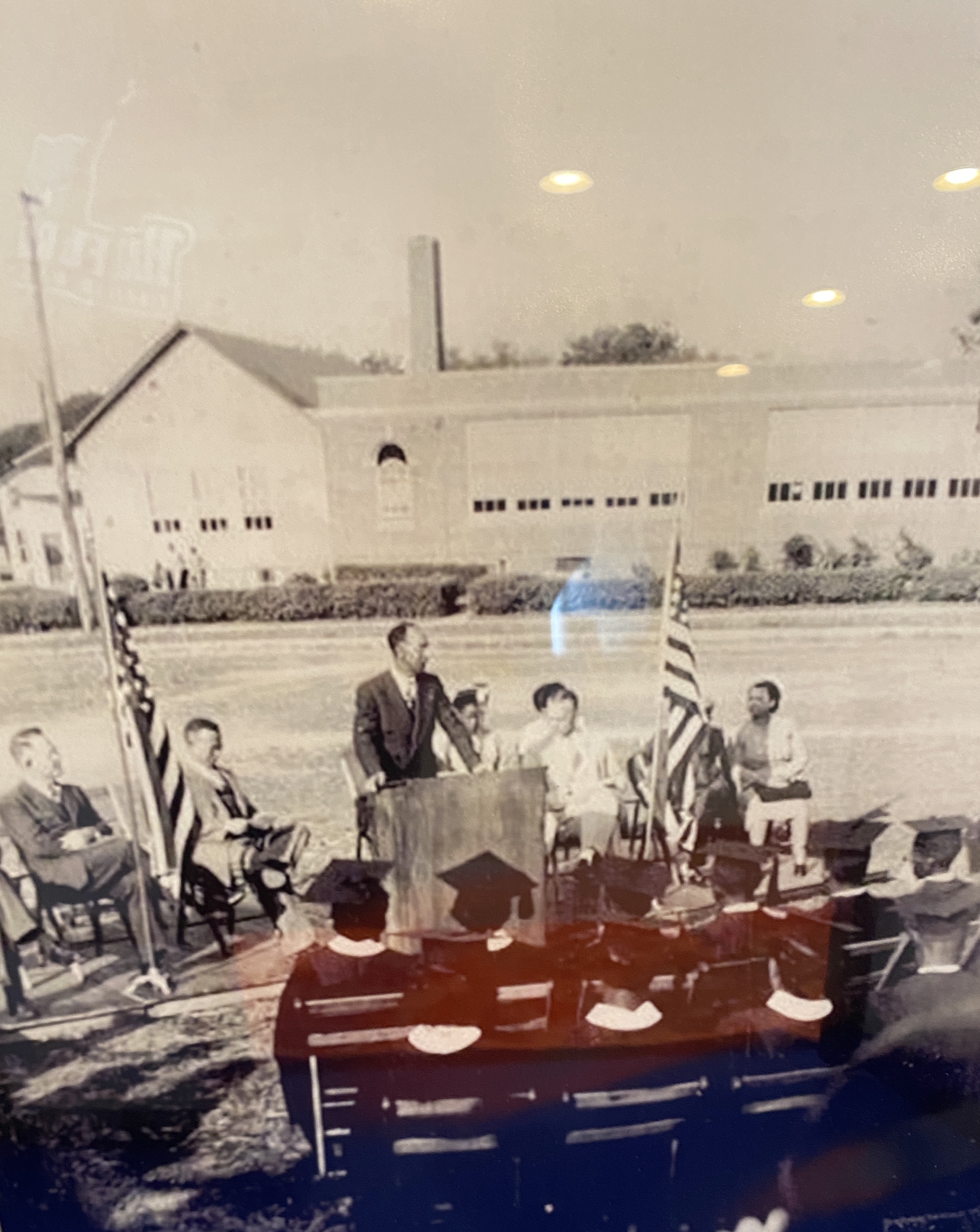 Pictured is a Glee club practice in the nearby church. The church provided extra space for activities when the school began to experience over crowding. 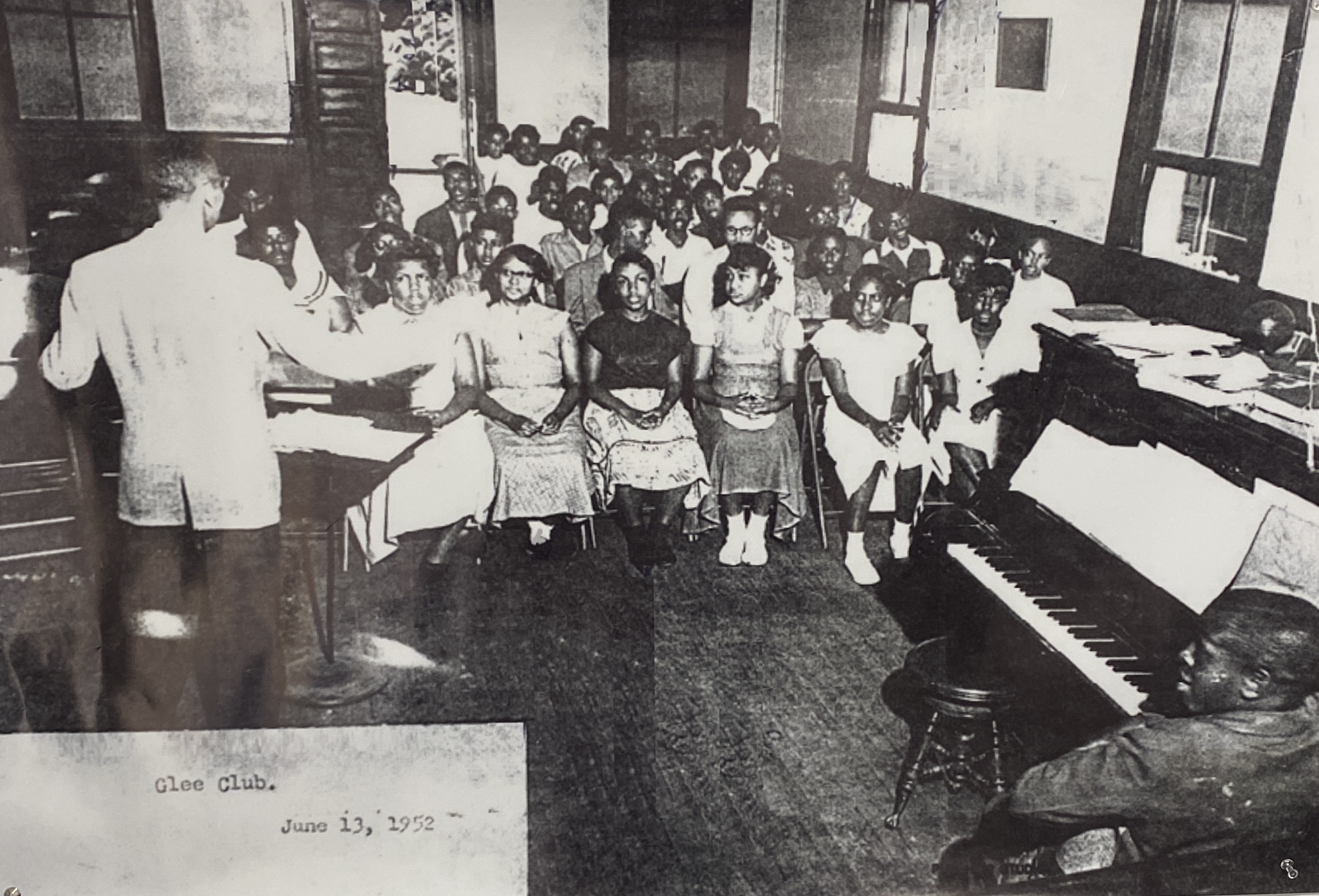 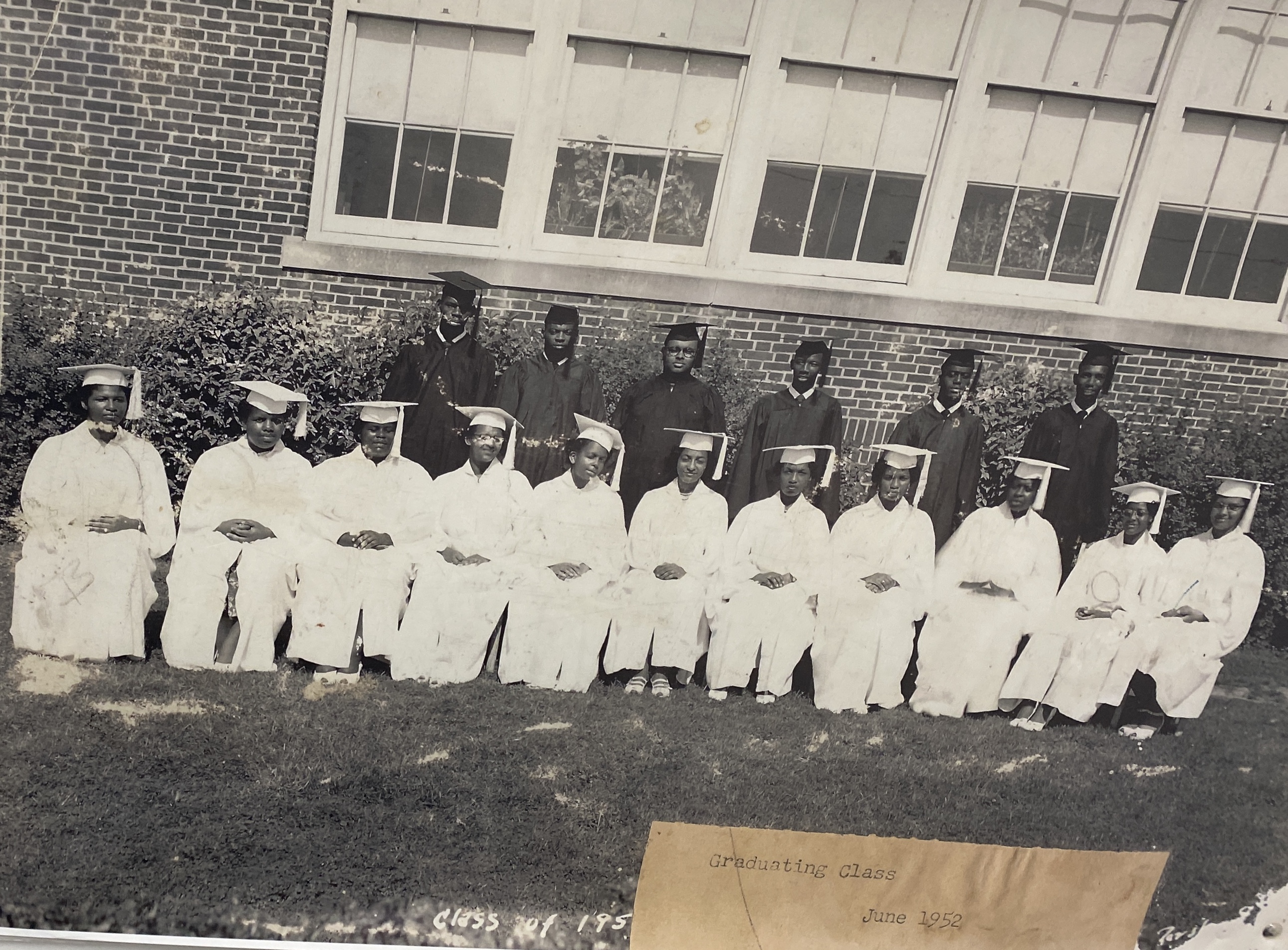 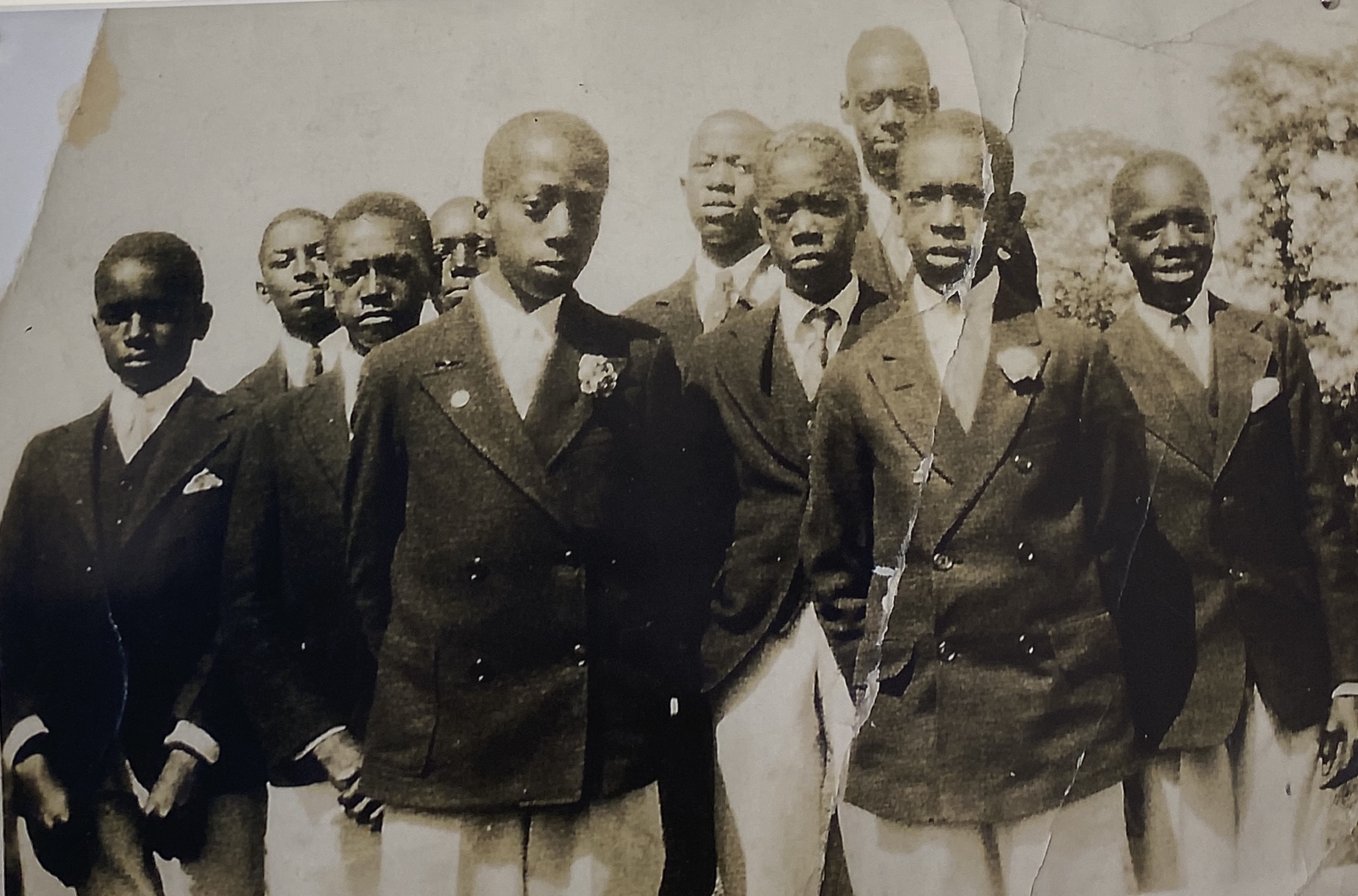 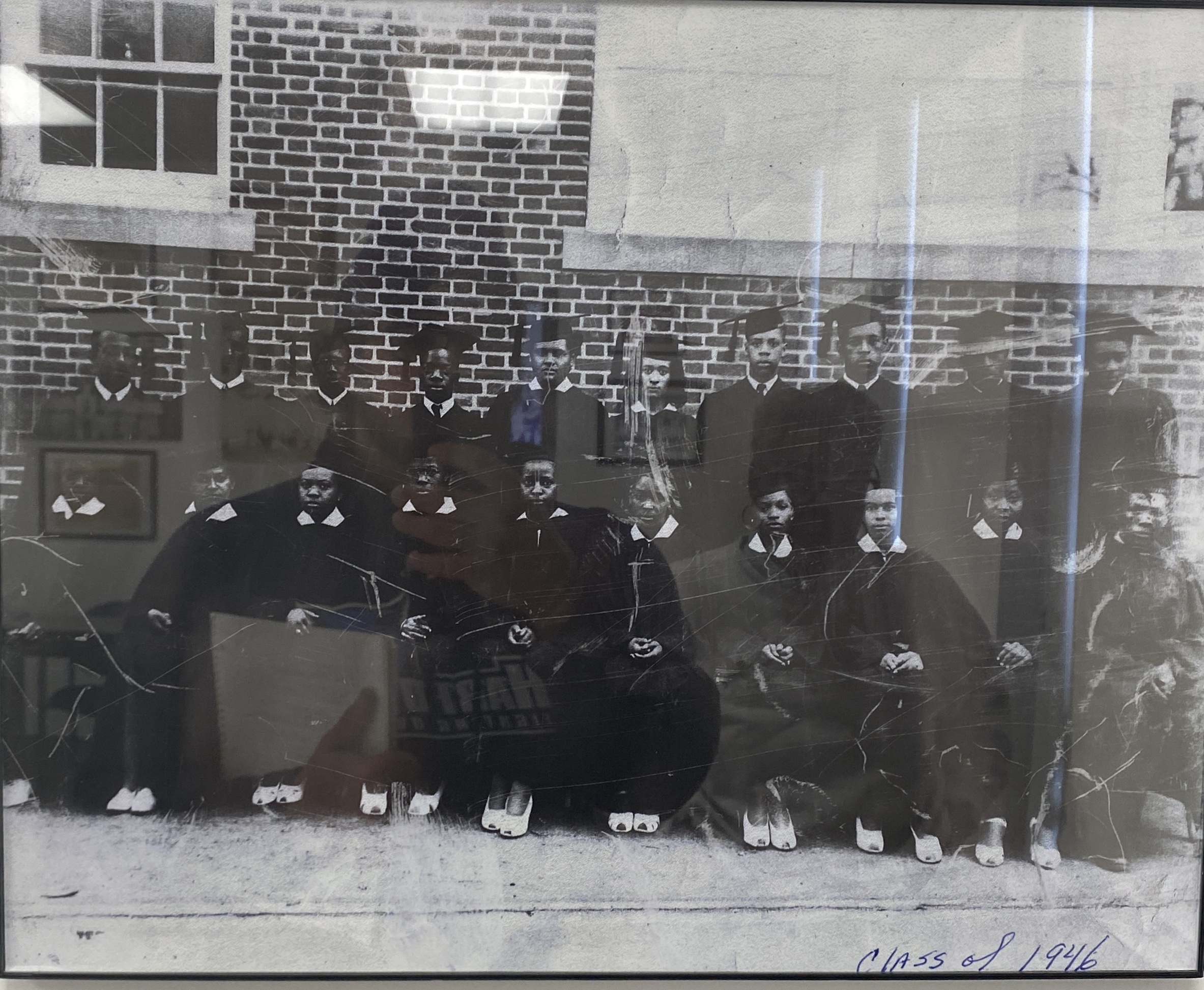 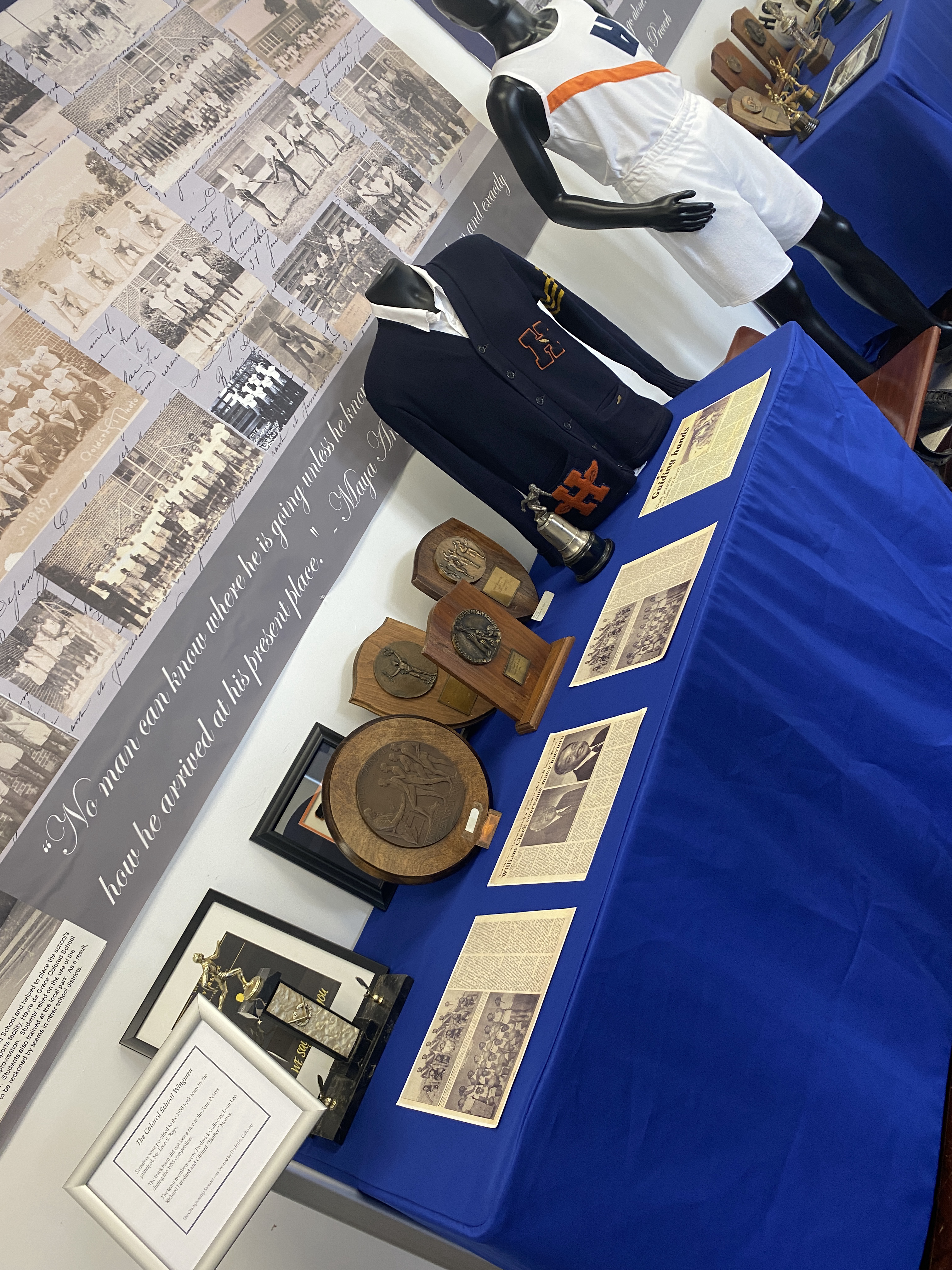 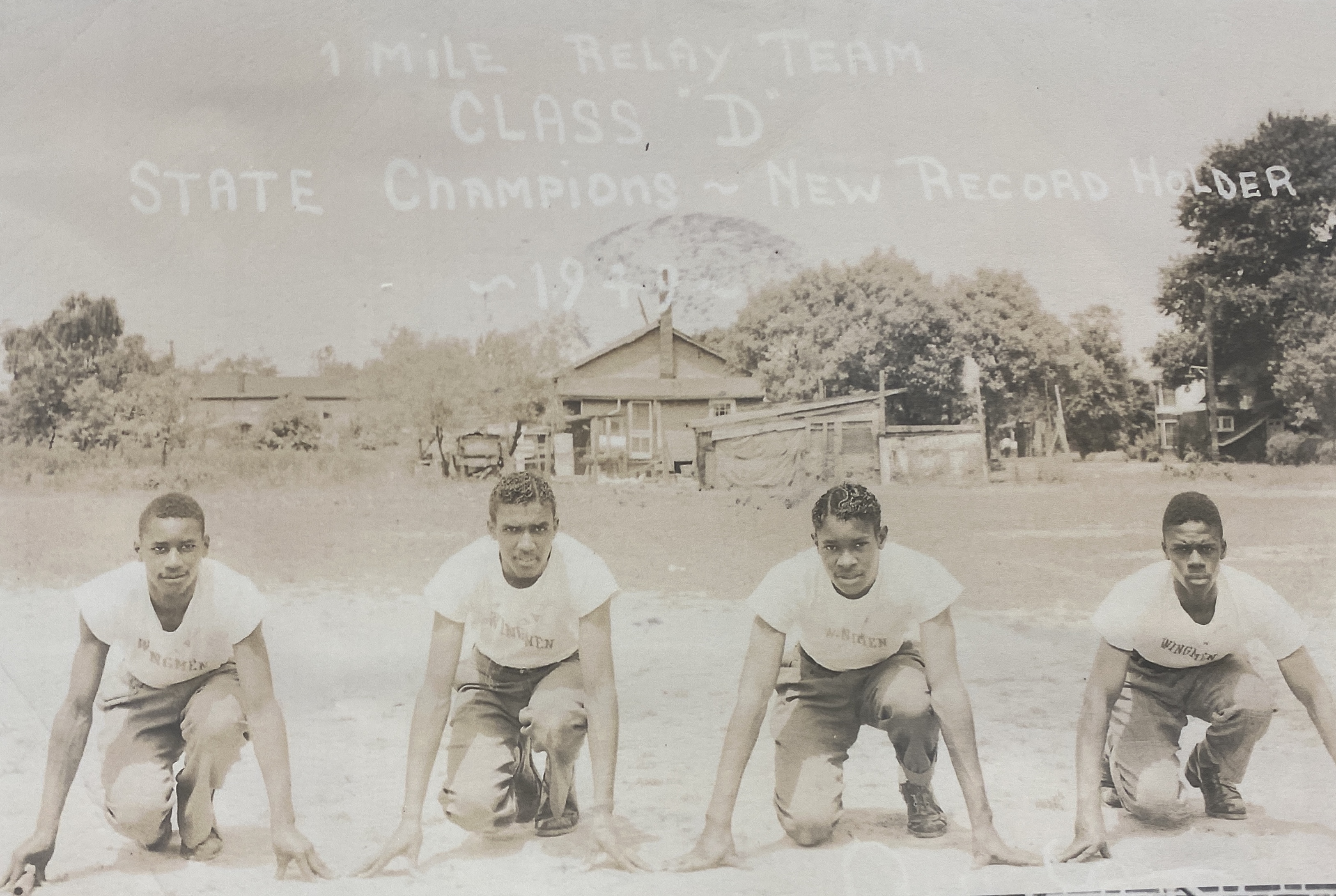 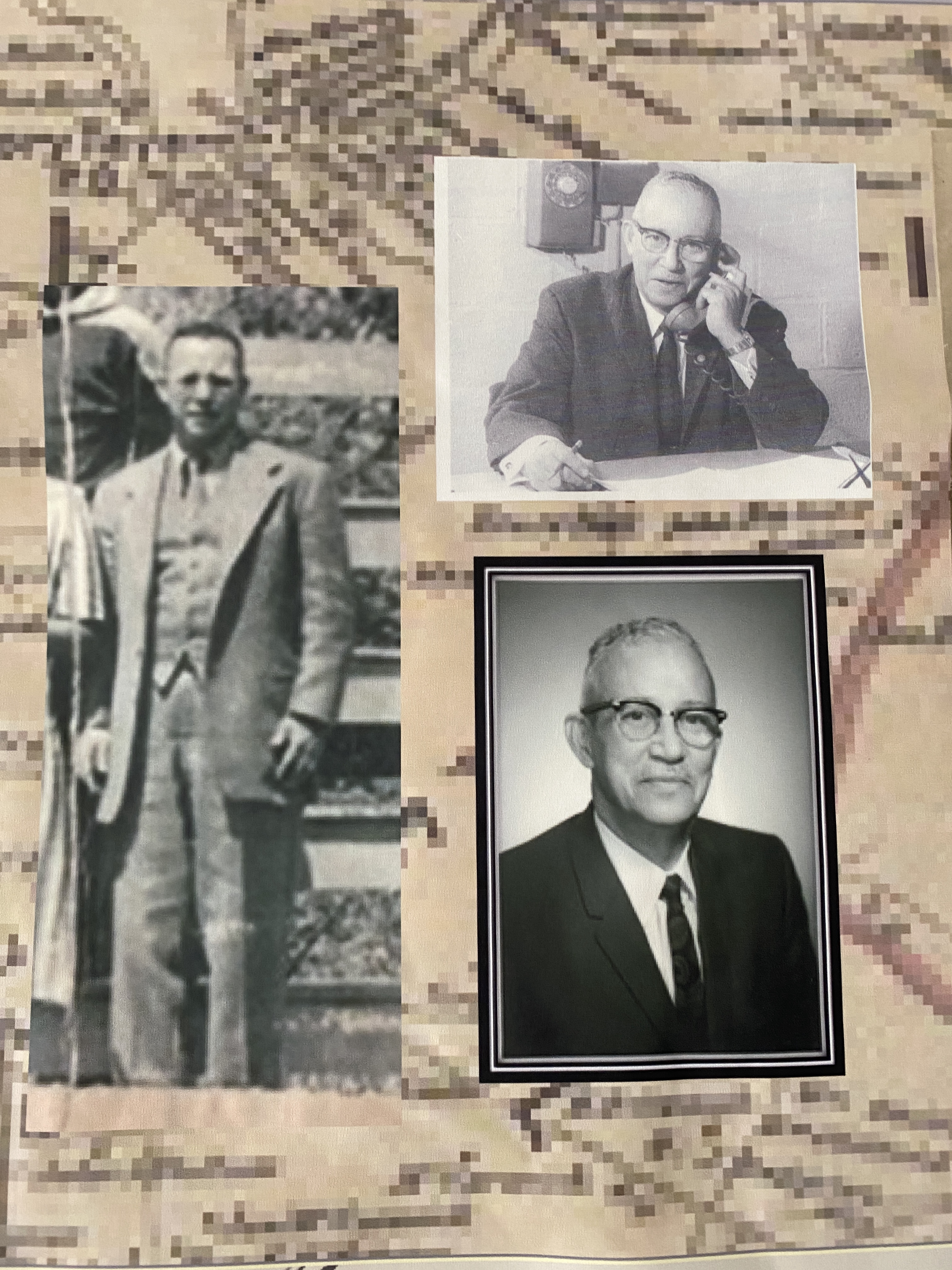 In 1910, Harford County Public Schools erected Havre de Grace Colored School at Stokes and Alliance Streets to educate primary school age Black children through grade 8. High schools for white students existed in Harford County since 1896 so this was the county's first school for students of color. In 1920, Dennis W. Nobel, Mr. Abel Cromwell and Mrs. Blanch Casswell began to teach high school level classes at the elementary school without pay or compensation from the county. During 1924 the creation of a county wide Parent Teacher Association for colored schools was created, which would play a pivotal role in the creation of Havre de Grace Colored School.

In 1930, as a result of the PTA efforts Harford County built the first public high school for African American students. The newly established Havre de Grace Colored School consisted of a small four room brick structure, an addition that was added to the existing 1910 white framed elementary school. This new section initially housed 34 students, the basement contained a library and recreation room. Although they had a new building, they relied on damaged and used books from white students. On June 12, 1932 Havre de Grace Colored School held its first commencement with 10 graduates.

From 1930 to 1954 Havre de Grace Colored School served African American students in Harford County. When the school first opened transportation was nonexistent. Students who attended the school walked, some further than others. In 1936 a bus system was offered and by the early 1940’s transportation was readily available. The availability of transportation led to an increase in students, leaving the small schoolhouse overcrowded. Due to overcrowding, classes were held at a variety of locations, including the Chesapeake Lodge 314 of the Improved Benevolent Protective Order of Elks. Music classes, assemblies, and industrial art classes occurred at the St. Mathew African Union Methodist Protestant church across the street, which also served as the school’s auditorium. There was also a building located on Freedom Lane that was used for grades 1,2, and 3.

In 1930 the Harford County School Board chose Baltimore native Leon S. Roye as the high school principal. As a result, Mr. Roye held distinction as the first African American principal in Harford County. He served as the principal from 1930 to 1954, and when Havre de Grace Consolidated opened, he became the principal there. Mr. Roye was member of the Omega Psi Phi fraternity where he became a close friend and fraternity brother with Langston Hughes. Students at the Colored School were privileged to have Langston Hughes an African American poet, novelist, playwright, and social activist present in the hallways on occasion. Mr. Roye was respected tremendously and helped create the dedicated culture that surround Havre de Grace Colored School. Mr. Roye, the teachers, and the parents genuinely cared for the students, and intended to prepare them for the rigors of the real world. Although teachers at Havre de Grace Colored School were paid less than teachers in the surrounding areas many alumni would return to the school to teach.

Havre de Grace Colored School was historically dominant on the sports field. Sports played a significant role at the Havre de Grace Colored School and helped to place the school's sports teams on the map. Athletic facilities were not present, and the students and coaches were very innovative when it came to a place to practice. Student athletes relied on the use of the school's surroundings streets as a makeshift track. Student athletes also trained at the local parks. Havre de Grace Colored School was highly regarded for their athletic prowess; The women’s and men’s track teams were a force to be reckoned with. In 1955 the track team led by Principal Mr. Leon S. Roye did not lose a race at the Penn Relays. The teams won countless State and District championships.

The site of the Havre de Grace Colored School was turned into a doctor’s office and the interior was completely renovated from the original building. Recently, Cole White led the movement to preserve the school and was able to get members of the community and alumni to buy the school back for $153,000. There are big plans instore for the museum as they hope to restore the interior to the old format of a school building.  They also intend to buy the additional surrounding buildings used while the school was active, recreating the full campus.