Built in 1861, Fort DeRussy was used by the Union Army during the American Civil War. The Union Army built 68 earthen forts to defend Washington, D.C. from Confederate forces during the American Civil War. The outline of this fort still remains even after the many years concluding the war. Fort DeRussy's artillery, especially it’s 100-pound Parrott gun, was pivotal to defending nearby Fort Stevens from a Confederate attack in July 1864. The remains of the fort are now part of Rock Creek Park and have been largely overtaken by the forest, but visitors can still see evidence of the former fort. The site is recognized by the National Register of Historic Places and maintained by the National Park Service. 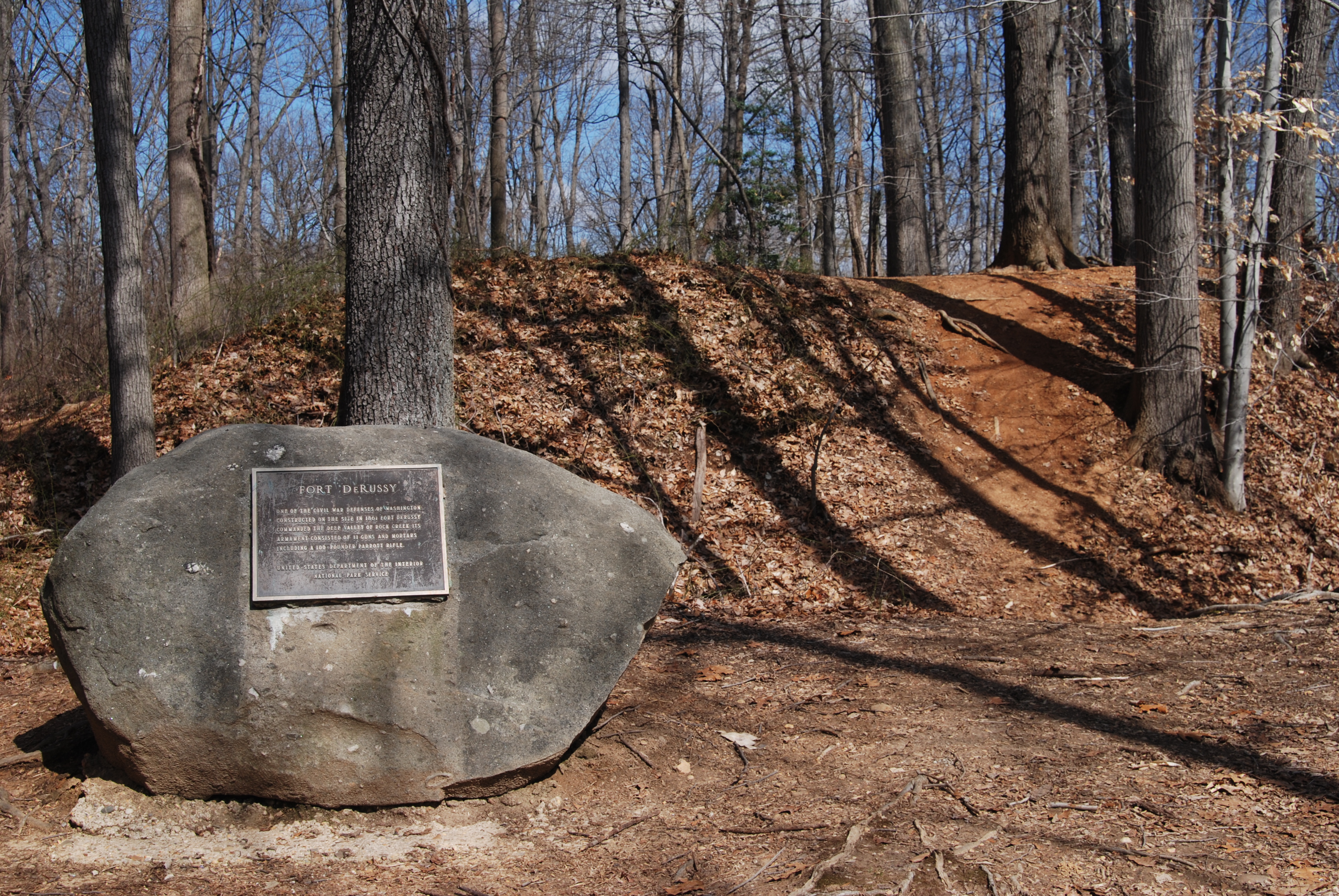 During the American Civil War, the Union Army built a series of earthen forts to protect Washington, D.C. from the Confederacy. Fort DeRussy, Fort Reno, and Fort Kearney were sanctioned and Union troops controlled the Rock Creek valley and country roads approaching the city. The 4th New York Heavy Artillery Unit built Fort DeRussy in 1861 naming it after the De Russy military family. Gustavus De Russy was a general during the Civil War and his father, Rene, designed many military fortifications on the nation’s east coast. The fort sits on a hill that is situated to provide crossfire on the approach to Fort Stevens, which stood to the east.

Fort DeRussy's most significant military action was in July 1864, when Confederate General Jubal Early attacked Fort Stevens with his soldiers. Fort DeRussy's 100-pound Parrott rifle was the largest artillery used in the battle. It was supported by other guns and mortars which halted the Confederate advance on Fort Stevens. There were a total of 13 guns on the grounds of the fort for defense. The Parrott rifle could fire off 32 rounds when used in war.

After the war, the area of the fort reverted to civilian ownership and opened as a public park space. The materials fitting from the dismantled outbuildings -- timber, masonry, hinges, nails, etc. -- were offered for public sale. Advocacy for the preservation of the fort as a park began in the 1860 and then in 1890. Fort DeRussy became part of the new Rock Creek Park. The earthworks of the fort are still visible, consisting of a parapet with openings for guns, a dry moat, and rifle trenches. The forest surrounding the park has overtaken it with leaves and vines everywhere around it. In 1974, the National Register of Historic Places recognized Fort DeRussy as part of a Civil War Fort Sites nomination.