Gas Works Park was once a major synthetic gas manufacturing plant in the 1900’s but is now a widely used and appreciated park in Seattle. The Park is located on the north shore of Lake Union at a place previously called Browns Point. After the gas plant shut down the area was very damaged due to all the toxins that spread to the ground and water over the years. A man named Richard Haag eventually convinced the city to turn the area into a public park where people could enjoy the space. Haag decided to leave some of the gas structures so that people could remember the history of the land. Today, the park is widely used by many joggers, bickers, and sight seers around Seattle.

Browns Point gas manufacturing plant in 1910 before it closed down. 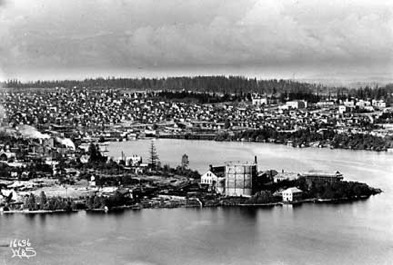 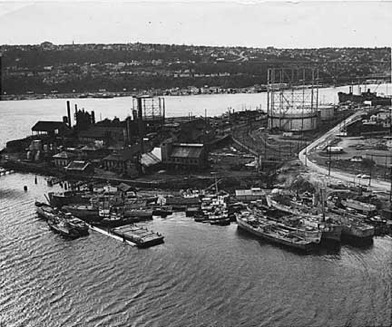 Kite Hill, was built over a pile of toxic waste and covered with clay. 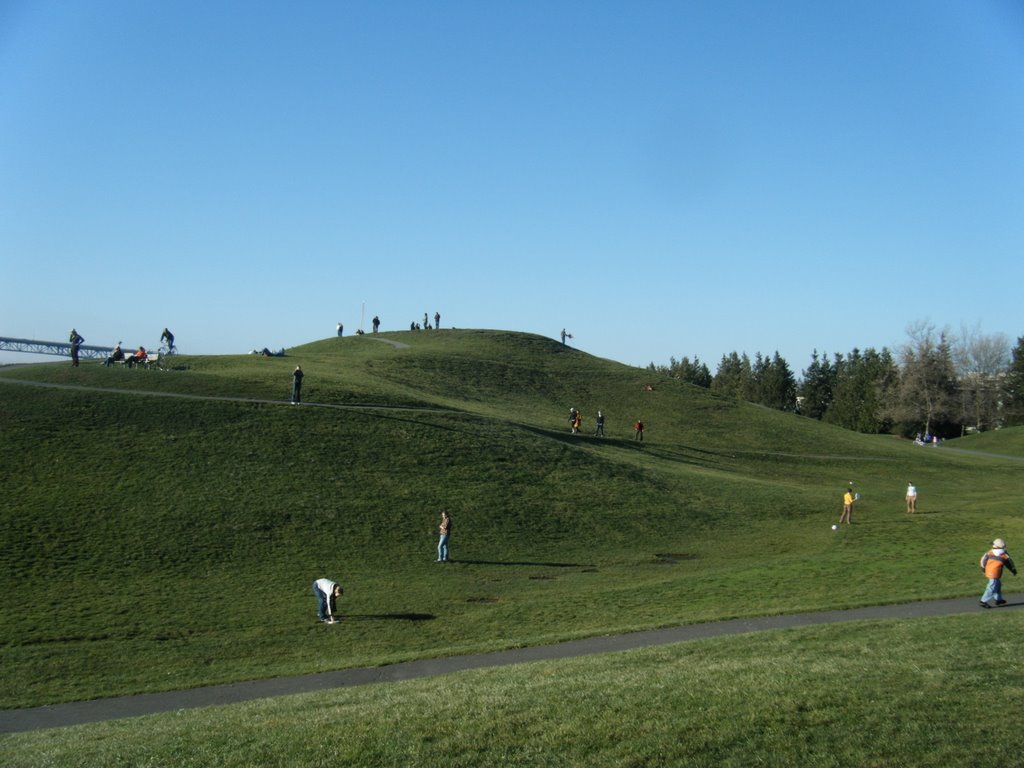 Gas Works is the last remaining synesthetic gas manufacturing plant in the world still standing today. Synthetic gas is a man-made fuel that is extracted from coal or different carbon based materials. The first synthetic gas was made in Great Britain and Europe during the 18th century mainly by William Murdock and Philippe le Bon. At this point in time the main source of fuel for the world was wood. In order to make gas from coal, the coal is heated up in large ovens at very high temperatures and in doing so it is cut off from any oxygen causing the coal to release gasses including hydrogen, methane, and ethylene. This made the gasses from the coal a more efficient fuel for things like lighting and heating.

The Seattle Gas Light Company was established in 1873 by a group of men including Arthur Denny, a Seattle founder. They built their first plant near Union Station but not much was recorded from there because it burnt down in the Seattle fire (1889). In 1870 a new cleaner and cheaper method for creating gas was discovered by Thaddeus Lowe, this method required large amounts of water. So, when looking for a place to set up a new plant the Seattle Gas Light Company turned its head toward a large piece of land on Lake Union called Browns Point. The new plant opened up in 1906. The SGLC quickly became Seattle’s number one source of power, at one point they were supplying power for communities as far as Kent and Mukilteo.

In the 1930's another gas system came along using oil rather than coal because it was cheaper. This was possible because Seattle’s new ship canal made it possible to bring oil through lake union. So the Gas Works plant started making gas from petroleum. A lot of the original structure from 1906 was taken down at this point to make way for newer structures. Most of the structures still standing at Gas Works today come from 1937. In 1956 the Gas Works plantation at Browns Point was shut down because natural gas had become available to Seattle through Canada's Trans Mountain Gas Pipeline. Even Though the plant was shut down the damage it had done was evident due to the Black smoke and pollutants it had been releasing into the air and water over the years.

The large plot of land where the closed gas plantation layed was left abandoned for quite some time, no one knew what to do because the land around it was pretty destroyed. Although, a landscape architect named Richard Haag did not give up on the land and saw its beauty and potential. Many people at this time only viewed the space as a dump and wanted to get rid of all the toxic waste surrounding it and send all the machines to the dump but Haag lobbied to have it turned into a park by reusing the old structures and getting rid of all the toxins on the soil. Haag wanted to make sure that the city's past was recognized and put on display so that even though the gas plant was closed it would be remembered for many years to come. He took land damaged by environmental degradation and turned it into a place of beauty and somewhere people would want to visit.

It took a lot to convince people that this project was a good idea but once people were on board the transformation into a park took about six years. Haag moved his office close to the plant and held an abundance of meetings to show the public hsi ideas and suggestions. He eventually got the public on board and the park was completed in 1976. In order to get the toxins out of the ground Haag met with a soil scientist and was able to detoxify most of the land. The most toxic materials were put in a pile and covered by clay and that mound is known today as Kite Hill.