Constructed in 1897, this historic home has been restored with the assistance of the Landmark Society and other supporters who have invested over four hundred fifty thousand dollars in the restoration of this unique Southern home which serves as a venue for special events and weddings. The was the home of Harry B. Hewes, founder and co-owner of Jeanerette Lumber and Shingle Company which was once one of the leading businesses in Jeanerette. The Hewes home stands as a reminder of the emphasis of lumber companies at the turn of the century. Today, the second floor of the home is dedicated to the history of the lumber mill with displays various photos and artifacts. 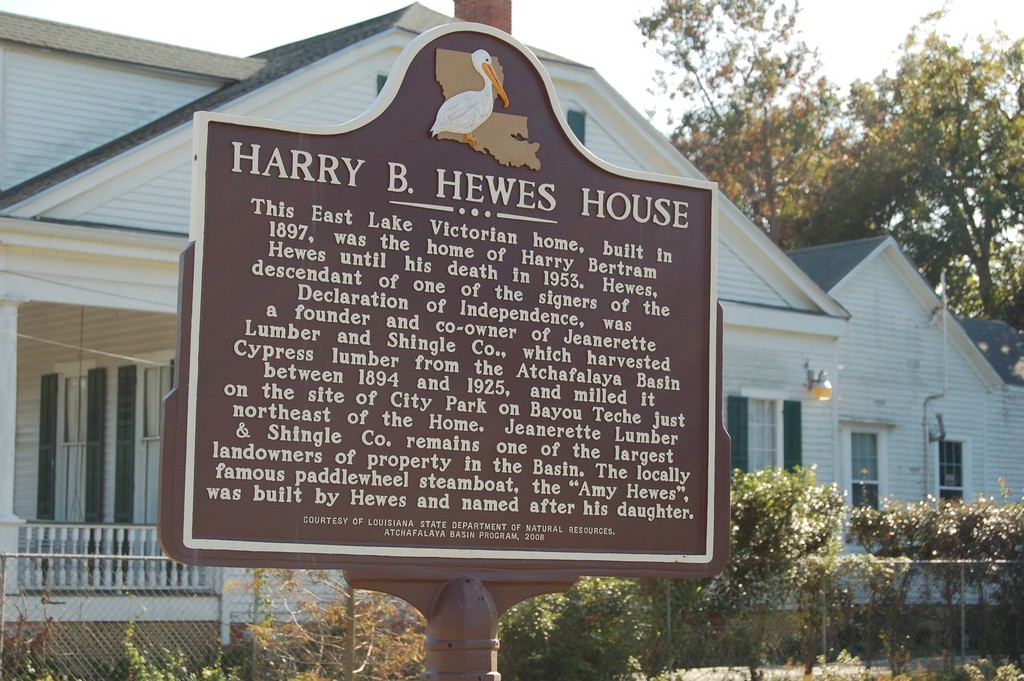 Outside of the Hewes House 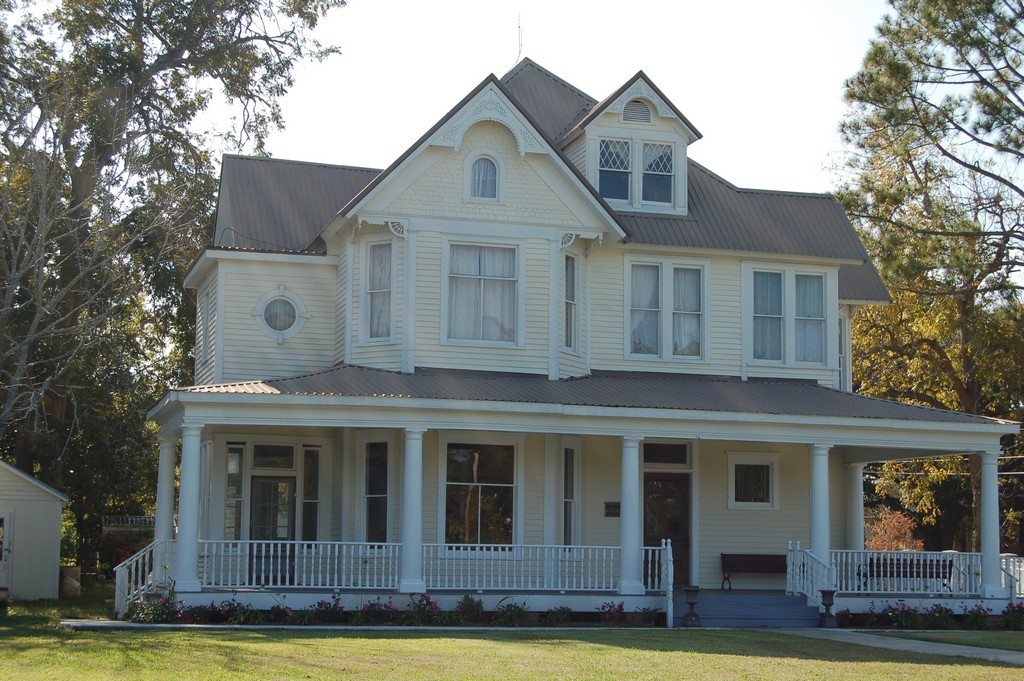 Interior of the Hewes House 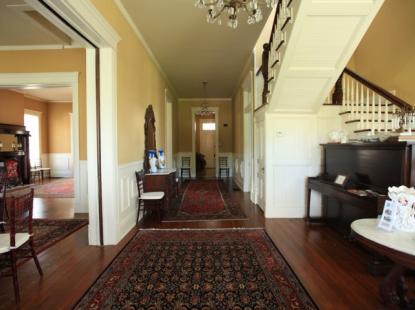 On October 2 1896, a devastating fire broke out at this mill. Great winds spread this fire roughly four blocks, and soon the whole lumber yard was burning. The wind spread the fire from the lumber mill, all the way to the Schexnader stables, which was located near the famous Lejeune’s Bakery. This stable burned to the ground, and the fire spread to the east of town and burned buildings all the way back to the Bayou Teche, burning some major businesses such as the Larroques Pharmacy and where the South Pacific Hotel was located. In the end, fifty-two buildings were burned and only a few houses were left on the outskirts of the town. This fire was devastating because the Lumber Mill provided many citizens jobs and brought in money to the newly growing Jeanerette. To this day, the origin of the fire is unknown but was suspected to be arson.

The Daily Iberian, a local paper, explains how lumber played a very crucial role in shaping Jeanerette, where the bayou runs straight. Jeanerette’s location near the Atchafalaya Basin and the Bayou Teche meant a great supply of cypress was available for these mills. Jeanerette Lumber and Shingle Co. was one of three major cypress mills in Jeanerette, the other two being Provost Lumber Company and Planters’ Lumber company.

Because this company was so important to Jeanerette, Harry B. Hewes is also seen as an important figure to Jeanerette because he brought so much to this town. His home remains as a reminder of the work he put in for this town. The Hewes home is filled with furniture from the turn of the century and many Jeanerette citizens give their time and hard work in order to preserve this home and the antiques within it.