When in the early 1920s Gari Melchers developed plans for the construction of a studio adjacent to the house, he instructed the architect to design a practical space that would function as both work space and storage, but he was “not to forget that it is meant to be a private gallery and must eventually do service.” Detroit architect, John Donaldson, a longtime friend of Melchers, designed the structure according to the artist’s specifications. Work was completed on the stone building in 1924. Today the building continues to serve as a Melchers showcase, housing the largest collection of his paintings and drawings anywhere—some 1600 items in all—and features rotating exhibitions spanning the whole of his career. 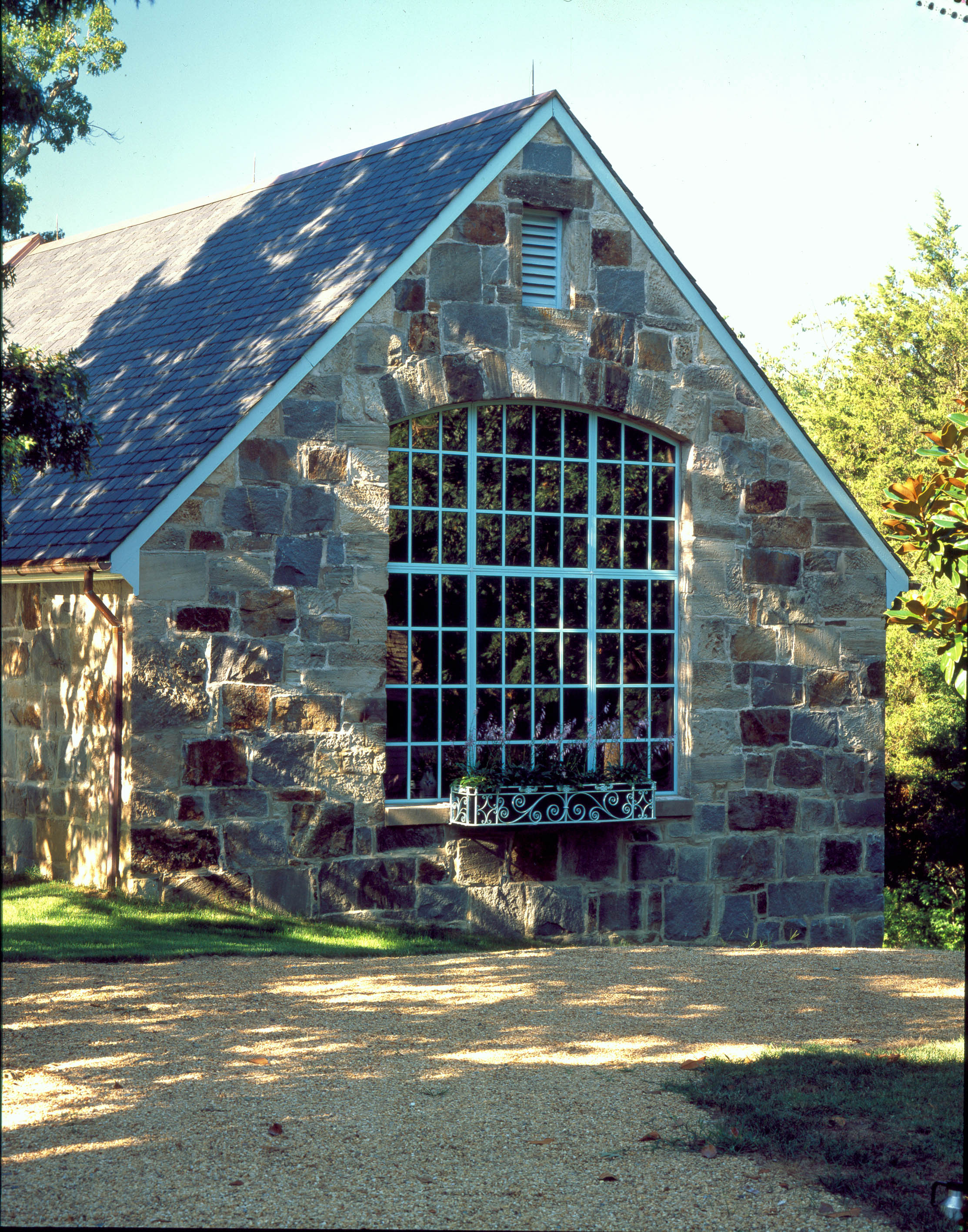 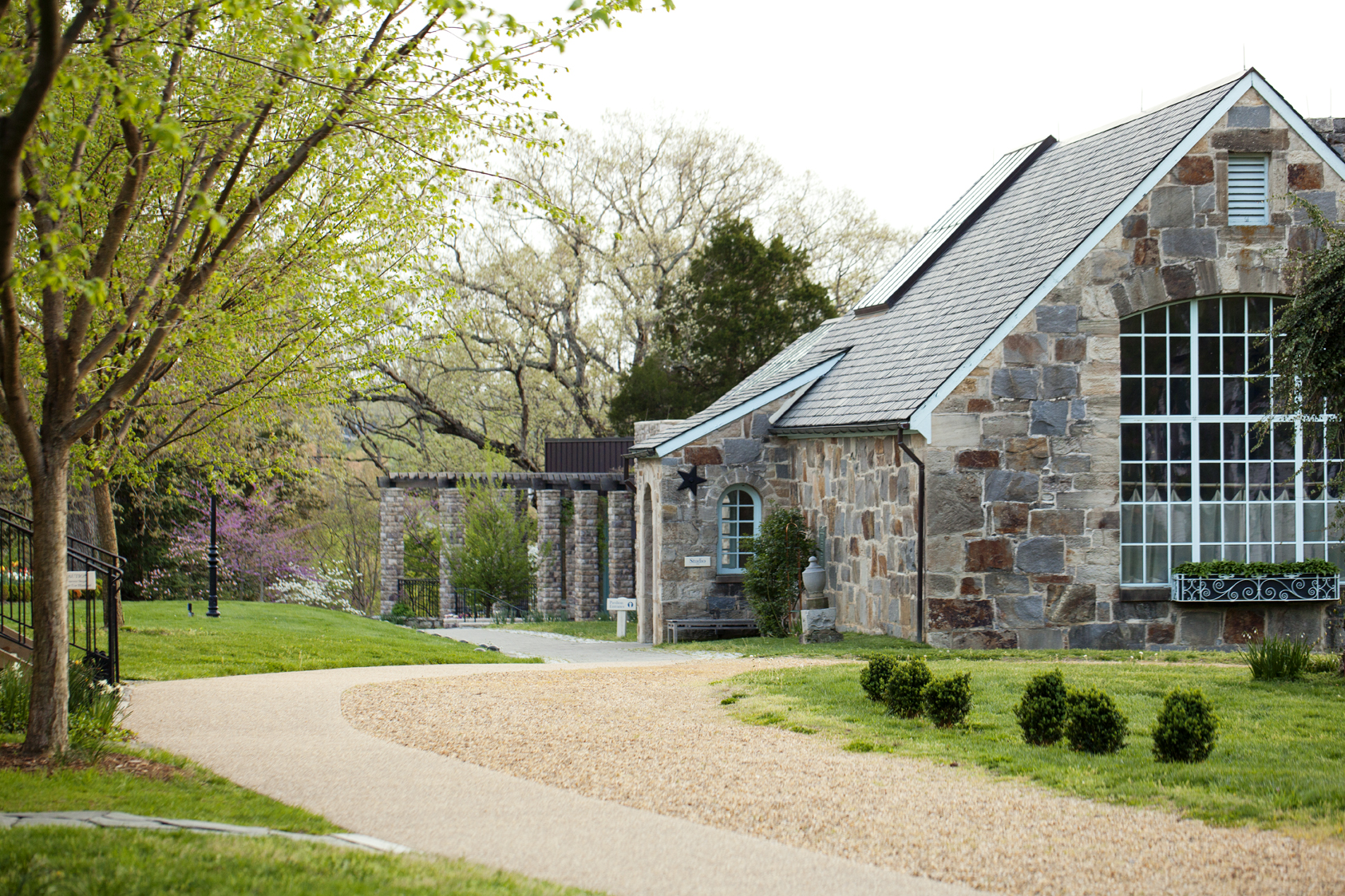 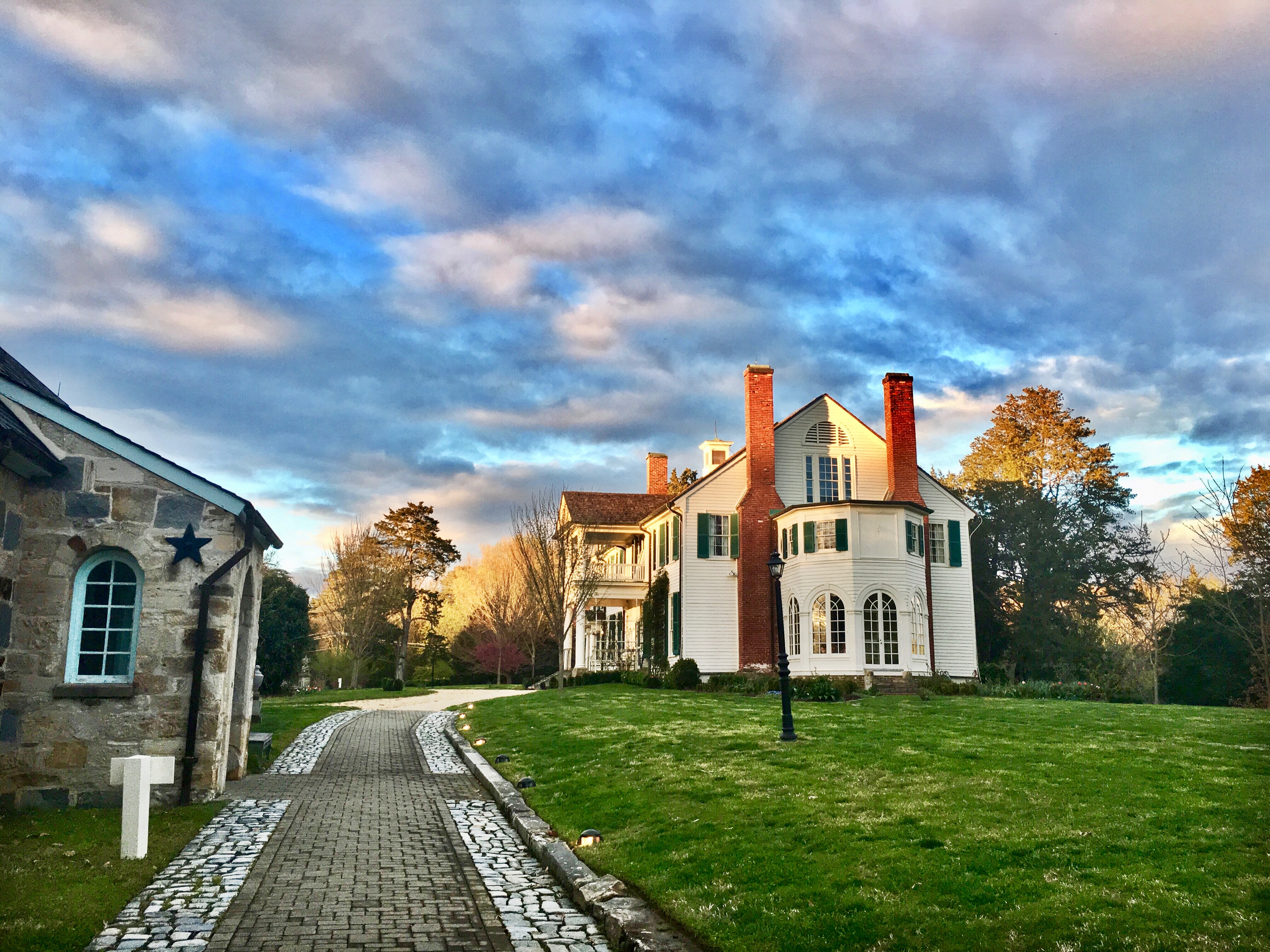 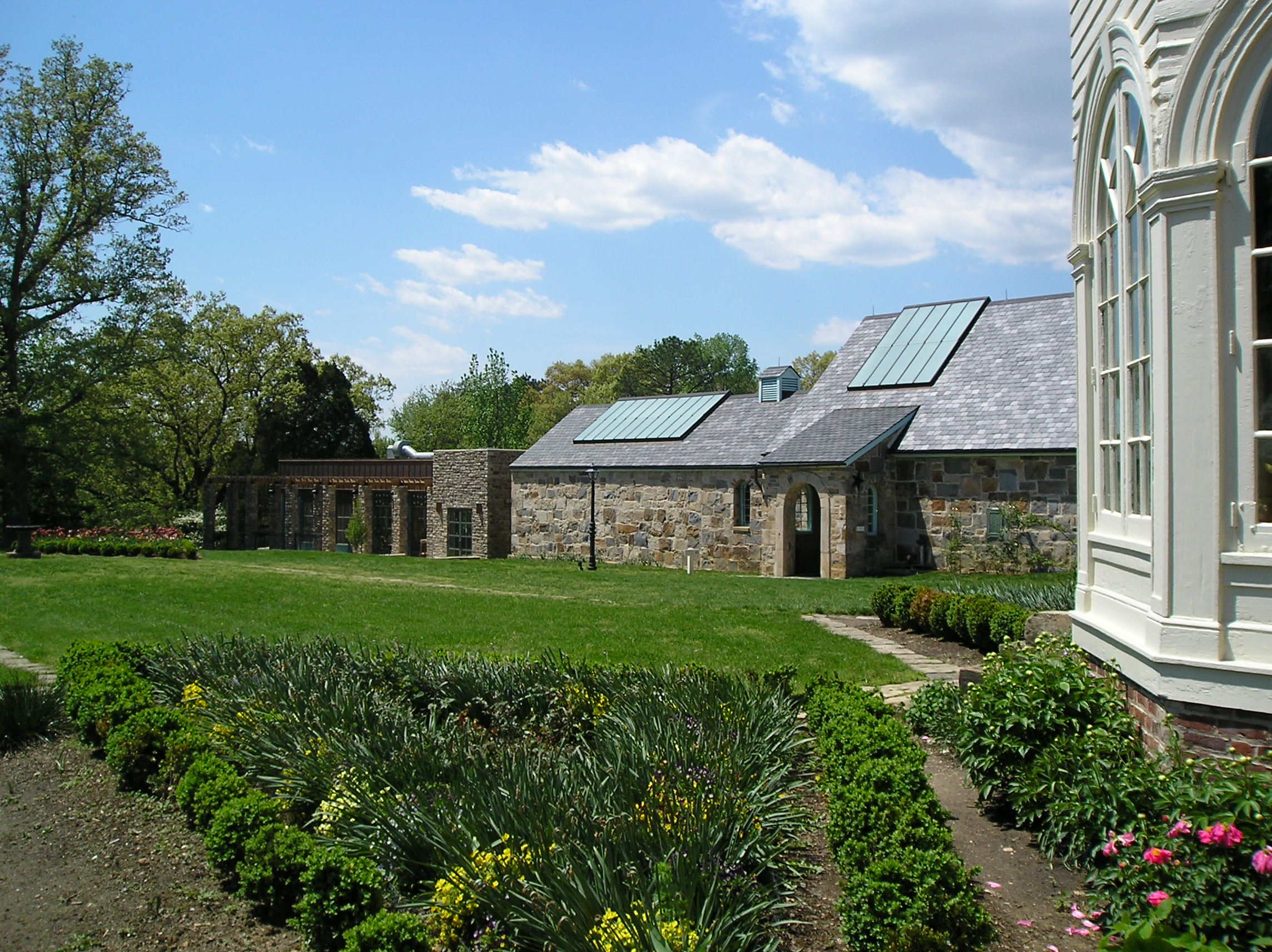 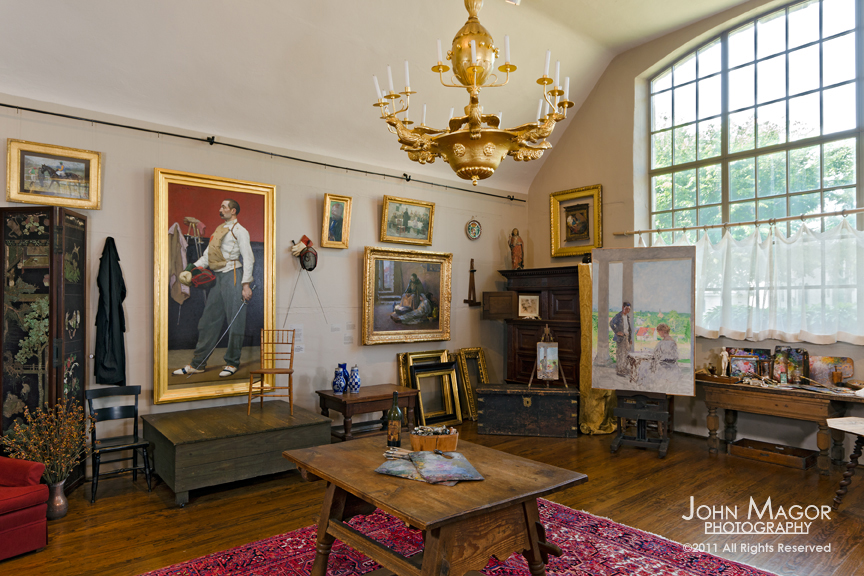 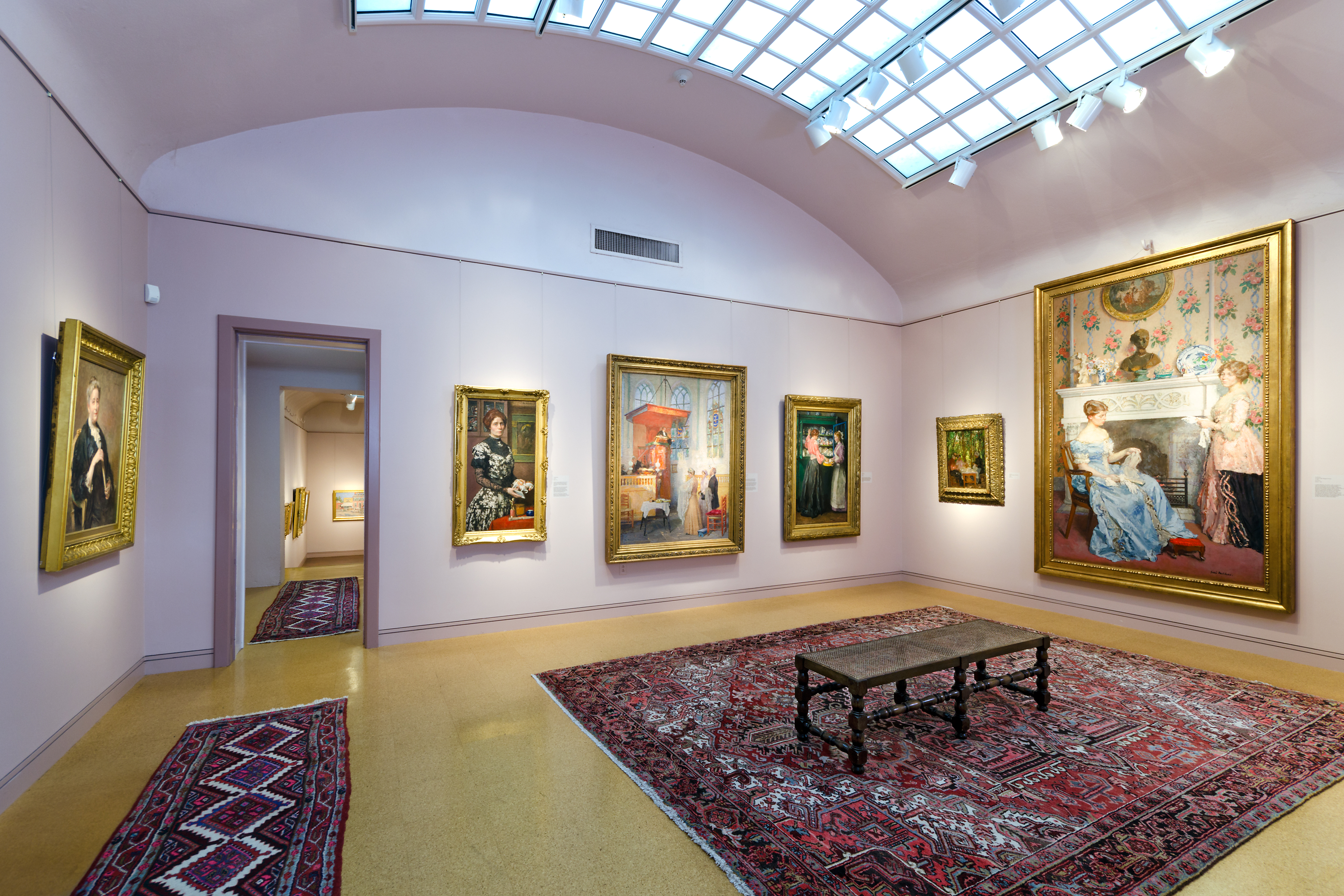 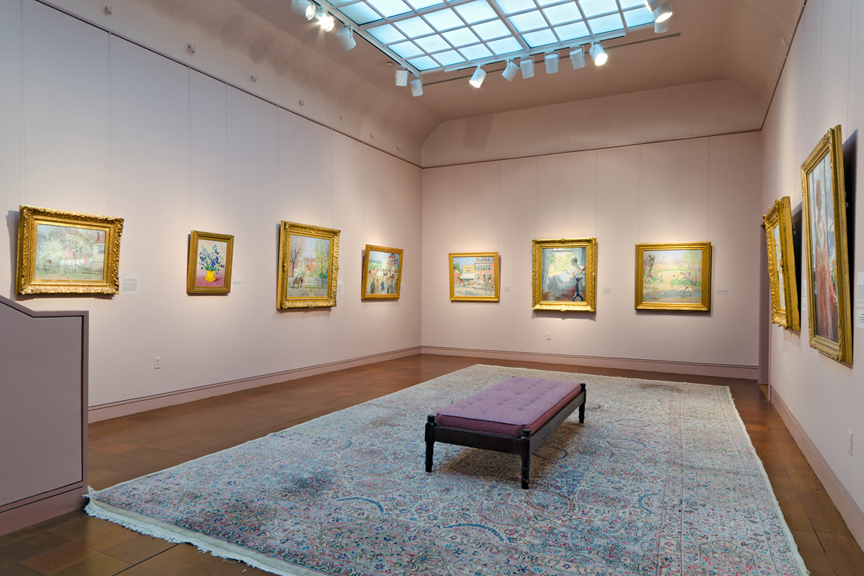 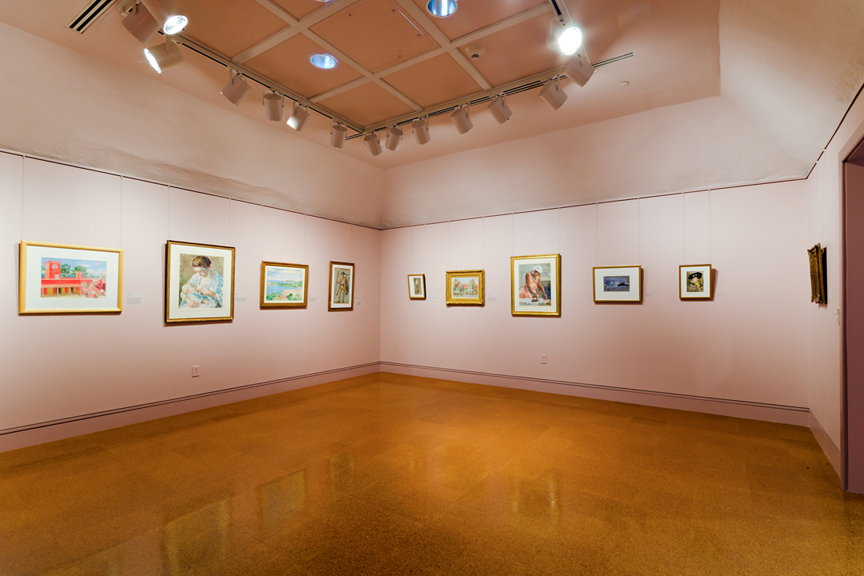 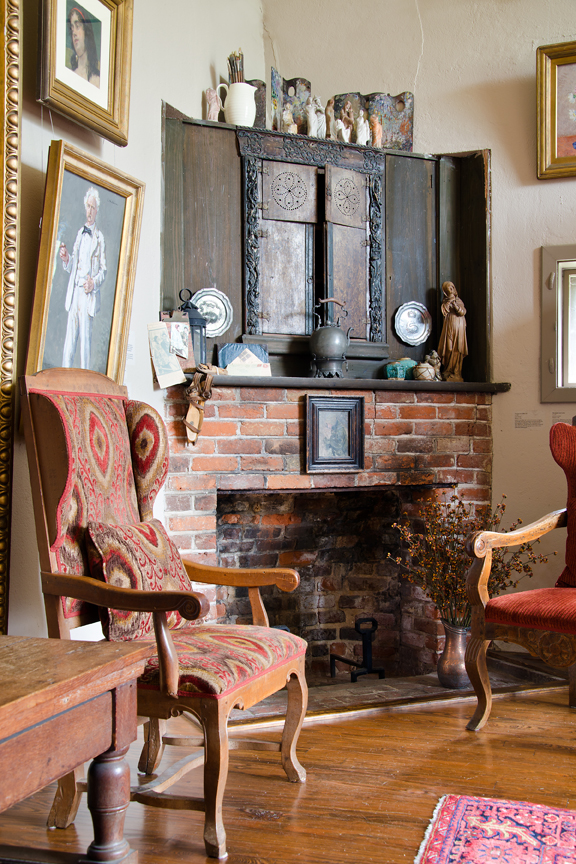 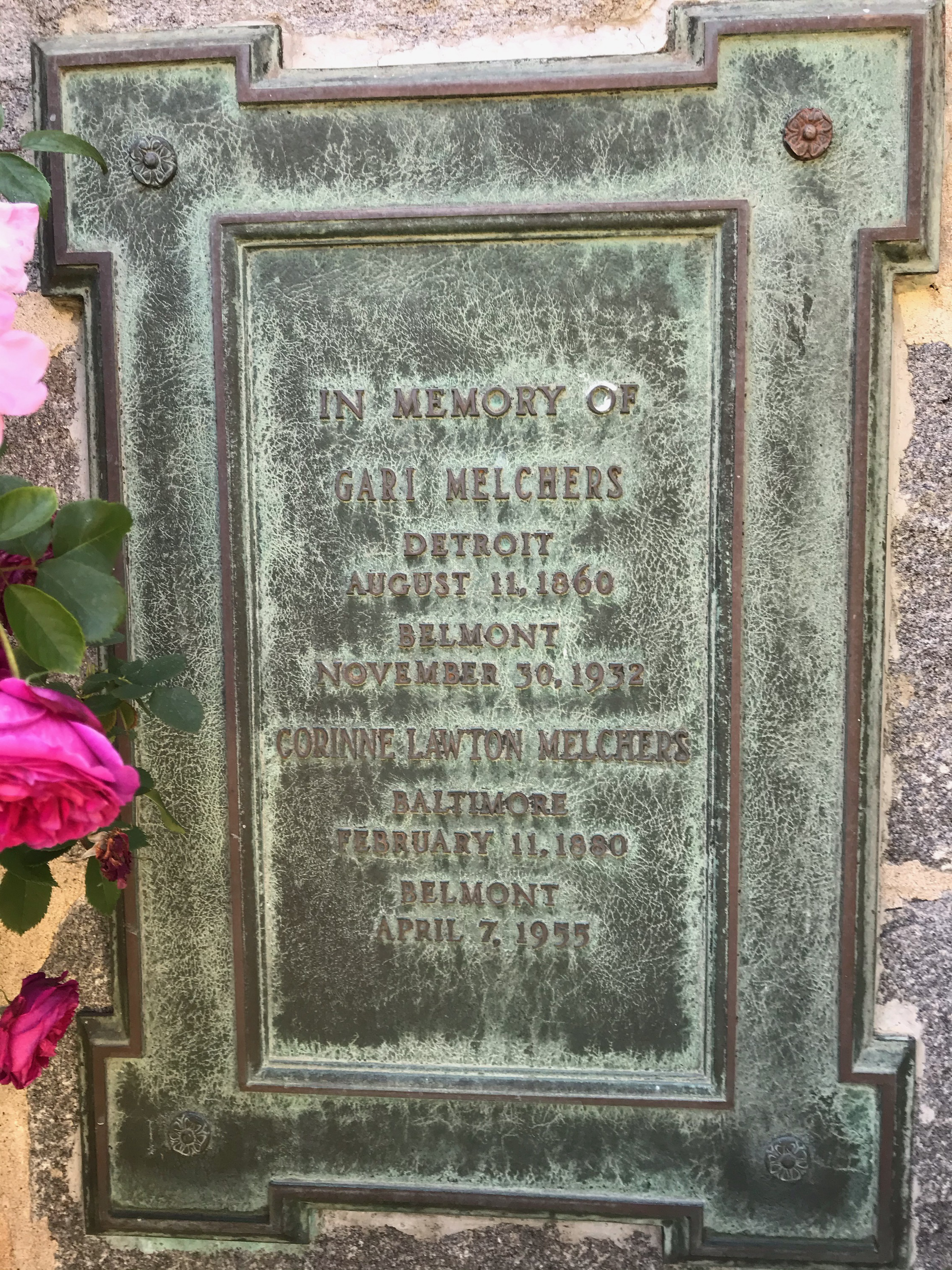 It is thought that some of the granite stone on the studio’s exterior came from nearby bridgeheads dynamited during the Civil War. Sandstone was salvaged from the ruins of local mills along the Rappahannock River and Alum Springs to be utilized in a number of projects on the property, which possibly included the studio. Details relating to the Melchers family coat-of-arms are carved on the studio exterior and can be viewed from inside the Pavilion addition.

National Park Service Historian John Hennessy writes in a blog post that in the early 1920s Gari Melchers acquired stone for the studio from the remnants of Mannsfield, a local antebellum plantation. Built in 1765-1766, Mannsfield was located about two miles south of downtown Fredericksburg, on the banks of the Rappahannock River. It is today most famous as the site where Union general George Dashiel Bayard was killed at the battle of Fredericksburg–he was mortally wounded in the front yard and died just four days before what was to have been his wedding day.

The building’s roof is slate. The wrought iron entrance gate originated from “Smithsonia” in downtown Fredericksburg.

A plaque placed by the University of Mary Washington on the studio wall marks the Melchers' interment site.

Gari Melchers' 1924 Studio underwent an 18-month restoration in 2000-2001. The $1.2 million project completely revamped the climate control systems, upgraded electrical, plumbing, and exterior drainage systems, replaced the deteriorated roof, windows, skylights and floors and allowed for the restoration of the interior furnishings. White the historic look and features of the building were retained, the functional workings of the structure were greatly improved, as was the environment for the hundreds of paintings housed and displayed inside.

The interior has changed very little since Melchers’ day. The artist’s preference to paint by a northern exposure determined the placement of the large window in the studio room. Wooden members in the masonry walls provide a secure footing from which to hang pictures. A number of the artist’s paintings are unusually large, which probably account for the enormous wall hooks. Here all the furnishings, including Melchers’ art supplies, work tables, and easels, have been preserved and are on permanent display. The plaster casts on the two Dutch wardrobes may have come from the studio of the artist’s father, Julius, a sculptor. The carved cabinet of 1854, an example of the father’s work, sits near the entrance to the room. An old Dutch corner cabinet designed for warming blankets rests on the fireplace mantel. The origin of the massive hanging gilt fixture in the center of the room is Northern European.