This beautiful historic home was built in 1926 by its namesake, Fred C. Aiken, who was a prominent figure in Boca Raton in the early 20th century. He served as mayor from 1929 to 1938 and then as city clerk until clerk from 1938 to 1948. The home is also significant for its Mediterranean Revival architecture and association with the man who designed it, Addison Mizner. Mizner co-owned the Mizner Development Corporation, which was responsible for developing Boca Raton. Aiken was also an investor in the company. The house, which was one of 29 that Mizner designed, is two-stories tall. Notable features include an irregular shape, a stucco exterior, and large arched windows. It was added to the National Register of Historic Places in 1992 and remains a private home today.

The Fred C. Aiken House was built in 1926 and is an excellent example of Mediterranean Revival architecture. Fred C. Aiken served as mayor from 1928-1938. 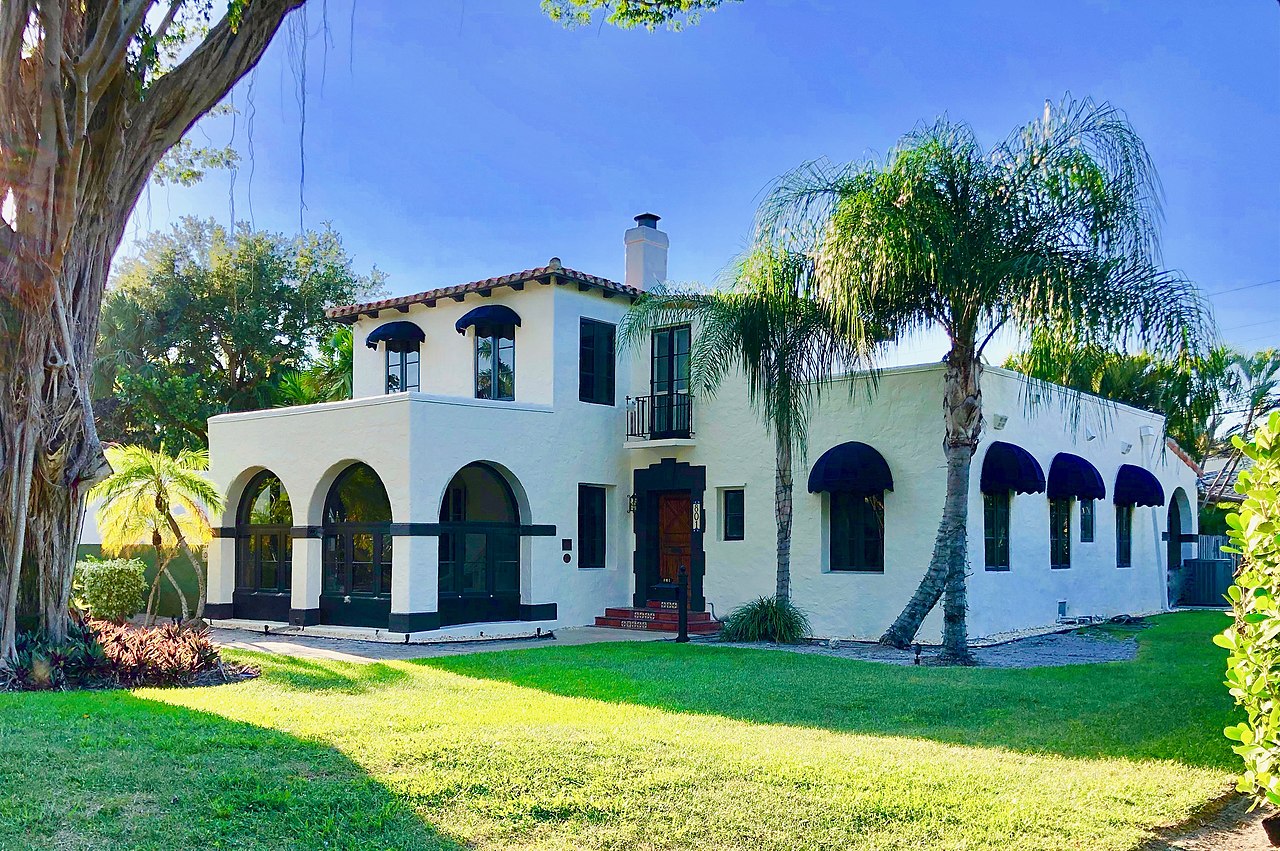 In the early 1920s, what would become Boca Raton was a small faming community. Mizner, who had spent the previous several years designing several buildings in Palm Beach—which earned him national fame—set his sights on Boca Raton. His plan was to develop a resort city for the wealthy from scratch. He was in charge of laying out the city and approving the design and construction of all the buildings. After World War II, Boca Raton would transition from a resort town to a larger city.

Fred C. Aiken earned a living as a film industry executive before he joined the Mizner Development Corporation. He made a name for himself in the local business community and civic circles, which enabled him to run for and become mayor in 1929. Among his accomplishments during his tenure was raising taxes to help pay the significant debt the city had accrued, lobbying the state to pave the highway between the city and Delray Beach, and continuing to promote the city's development. As city clerk, Aiken served a number roles including treasurer, tax assessor, tax collector, and budget officer. He retired in 1949 and passed away ten years later at the age of 86.