In 1758, during the French and Indian War, a raiding party of French soldiers and Shawnee Indians kidnapped twelve-year-old Mary Jemison, along with members of her family and other neighboring British settlers, a short distance from this place. Mary Jemison was adopted into their culture and spent her entire life living among the Indians.

PA Historical Marker along US Route 30 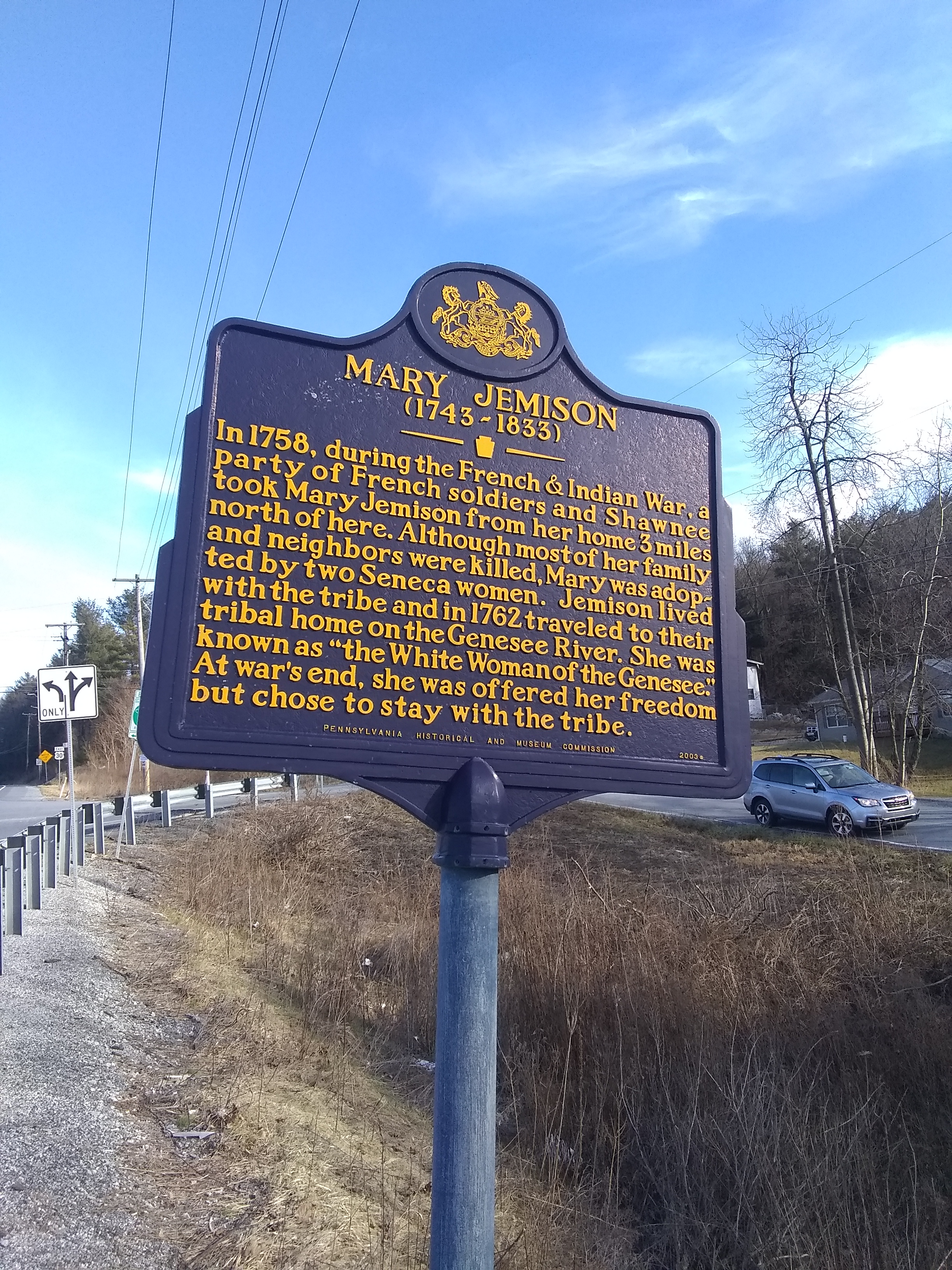 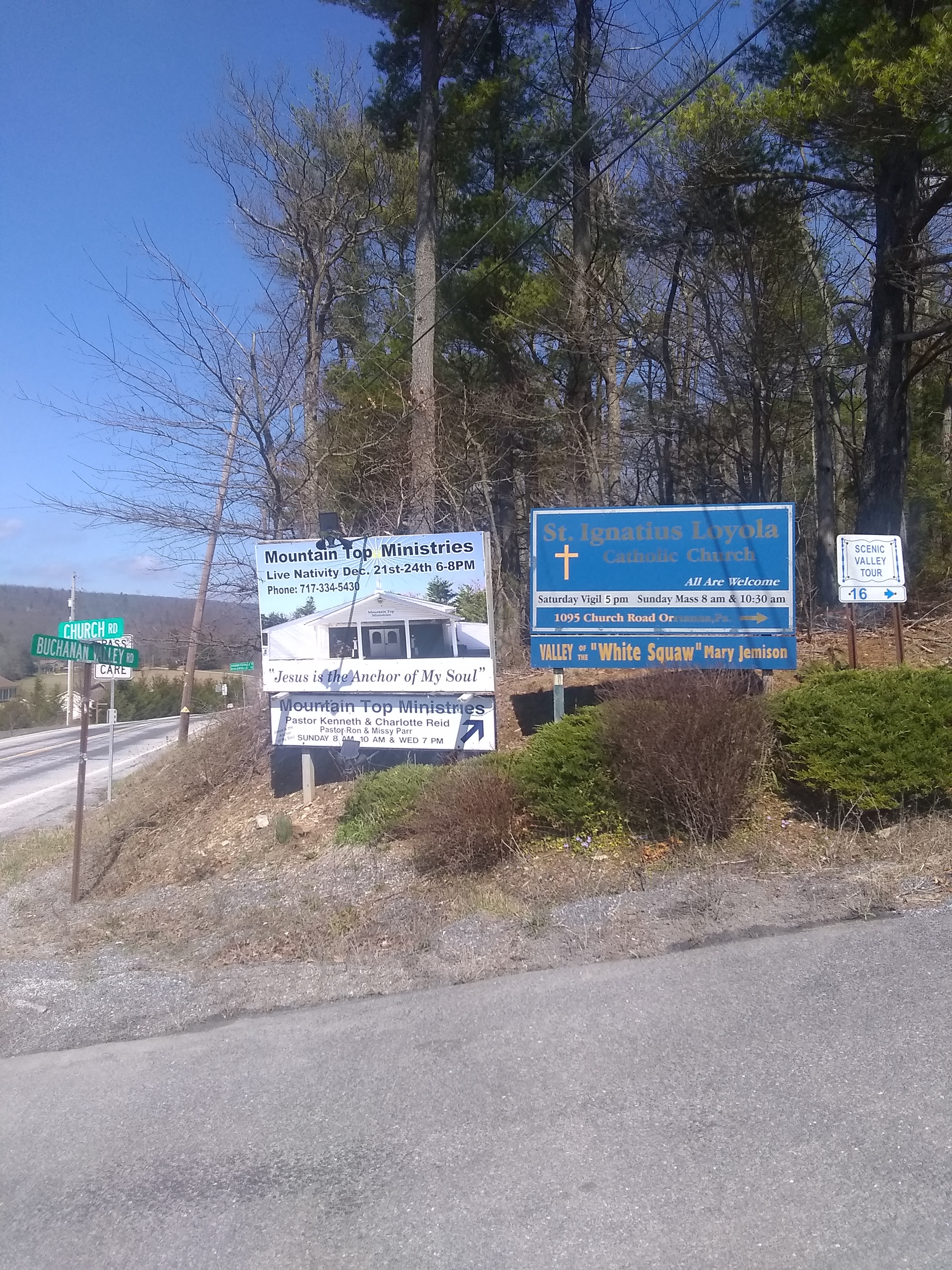 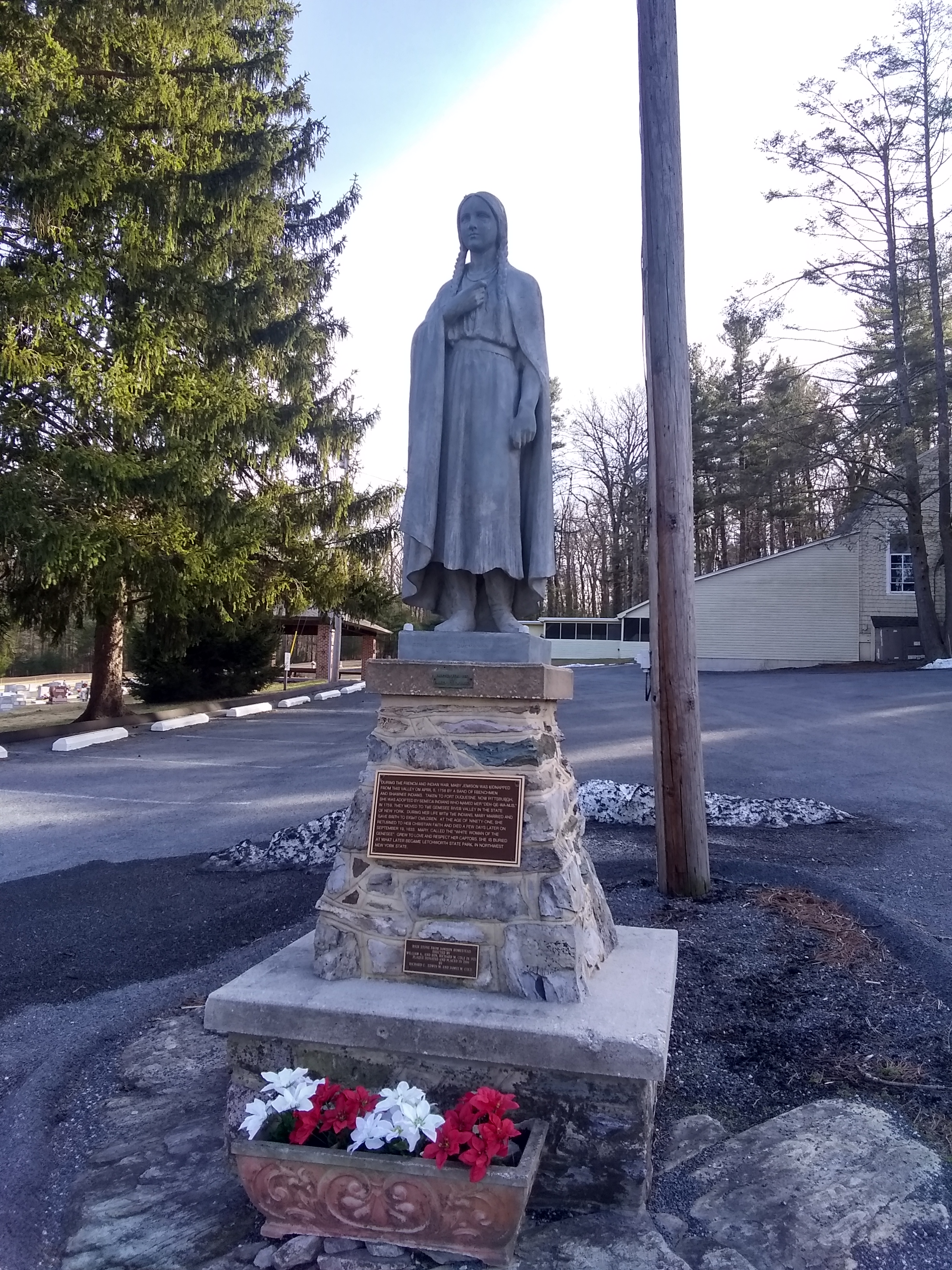 Painting that depicts the Raid and Abduction 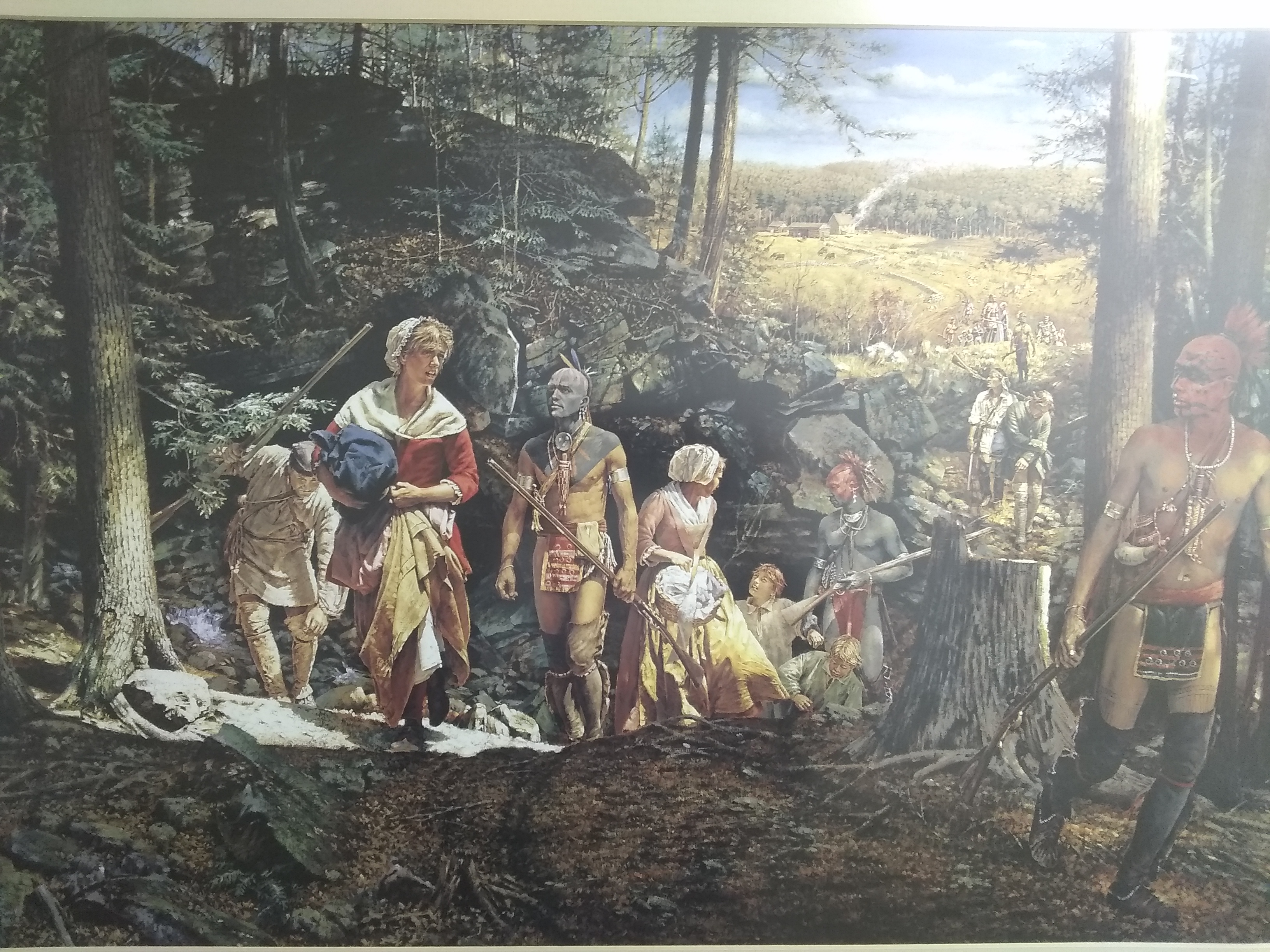 The North American French and Indian War, known as the Seven Years War in Europe, pitted the French and their Indian allies against the British. This was a global power struggle with severe local implications. Particularly vulnerable were the frontier families that settled in the hinterland, far from the aid of British military forces. Raids such as this one were commonplace as the opposing sides struggled for dominance in areas where farms were dispersed, and in terrain that was difficult to defend without substantial organized military forces.

Mary Jemison's family and her neighbors comprised a group of Scots-Irish settlers that were eking out a living by clearing and farming this land. This was the frontier at the time, and was generally beyond the limits recognized as British territory. This exposed settlers to harassment by the French and their Indian allies.

According to Mary, who was twelve years old at the time of her abduction, the raiding party "consisted of six Indians and four Frenchmen." The raiding party pillaged the nearby settlements, killed a settler and then forced the abductees to accompany them as they quickly traveled west into the deep woods. Over the next twenty-four hours the group traveled west toward the swampland of the Conococheague Creek, north of Fort Loudon, suffering from hunger, thirst, and exposure.

The account of Mary Jemision's abduction and subsequent life among the American Indians is documented in the book "A Narrative of the Life of Mrs. Mary Jemison" wherein Mary narrates the story of her life to author James Seaver, in 1823, when she was approximately 82 years old. The incredible story recounts her life among the native population and provides the reader with a unique look at the native culture from someone immersed in it over the course of colonial and post-revolutionary Pennsylvania and New York. It all started right here.

The location of the abduction is marked with a bronze statue of Mary Jemison, the base of which is reportedly constructed with stones from the foundation of her family's home. The view of this part of the Buchanan Valley resembles the mix of woods and small fields typical at the time of the raid. A Pennsylvania State Historical Marker is located approximately 3 miles south along US Route 30.