Listen to a narration of this entry's description by Manatee Village Historical Park.

Imagine this spot over a century ago. You’re in the Village of Manatee. Remember, before electricity, cars, and busy roads, Florida was a frontier. The pioneers in this small but growing settlement on the Manatee River, had to carve out a center of commerce in the Florida wilds. At the turn of the century, if you wanted the best selection of groceries and gadgets in Manatee County, you made the trek to the Wiggins Store in the village. Unlike today, a trip to the store could mean a journey of several days. King Wiggins, an entrepreneur in business and agriculture, built his store on this spot in 1903. It’s five blocks from the Manatee River, the village’s lifeline before the railroad came to town. Wiggins' store stood on the main street--easy to spot as you entered the town. Doubtless it would have caught your eye, as it was one of the first brick buildings in the area. Brick was expensive and King Wiggins used it to make a grand impression on arriving travelers. But brick could also be hot, so Wiggins built the walls with two layers of brick and an air pocket in between to keep the building cool. As weary travelers walked into town, the store’s large windows and spacious porches, invited them to enter. Wiggins designed his store for several uses. Customers would enter the general store on the ground floor, which also housed a large storage area. If you traveled far, you might choose to spend the night on the store’s second floor, where Wiggins rented out rooms. As you can imagine, the Wiggins Store soon became a gathering spot for the Manatee community. Customers lingered there to catch up on village news, listen to Wiggins’s phonograph, or play a friendly game of checkers. 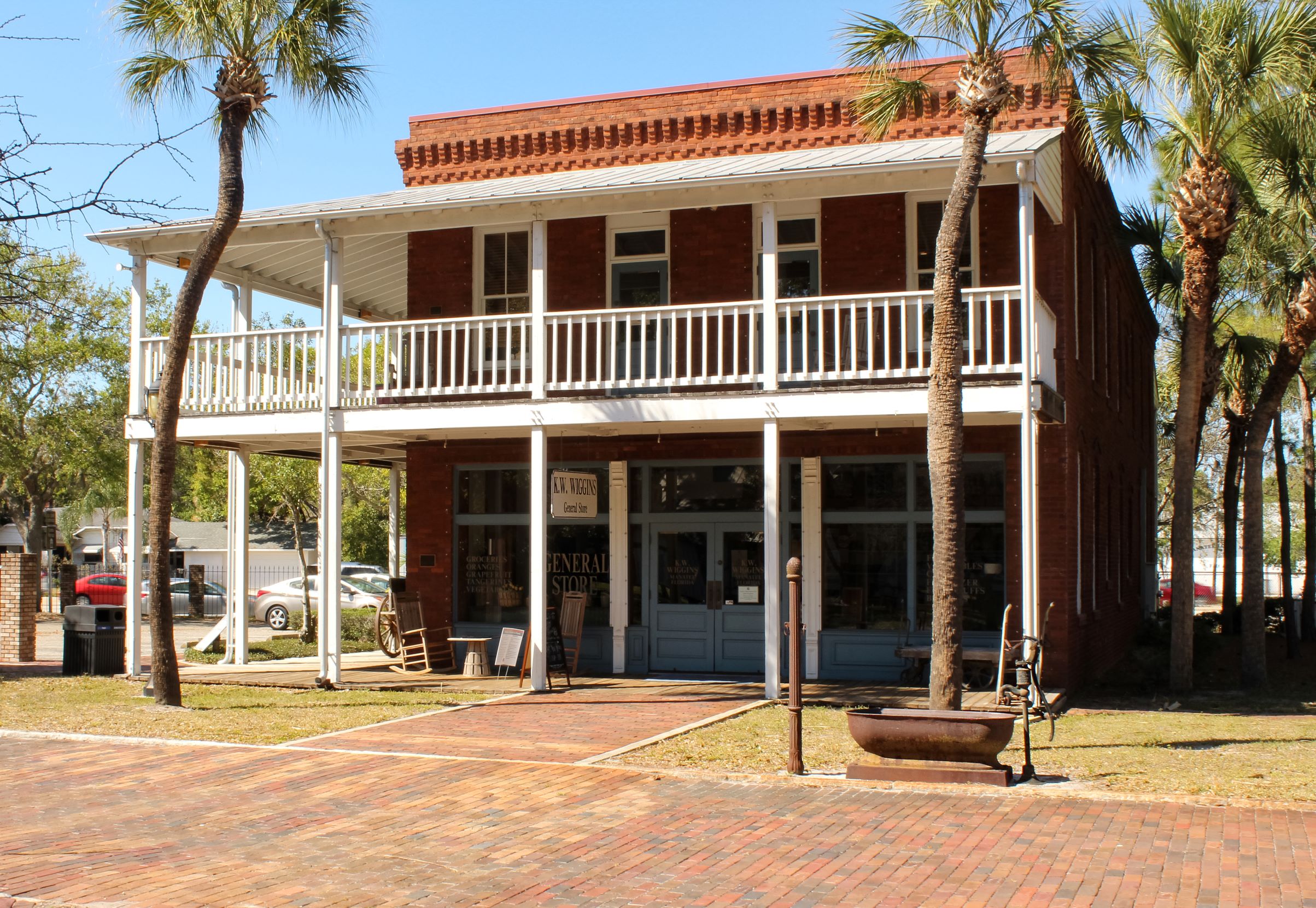 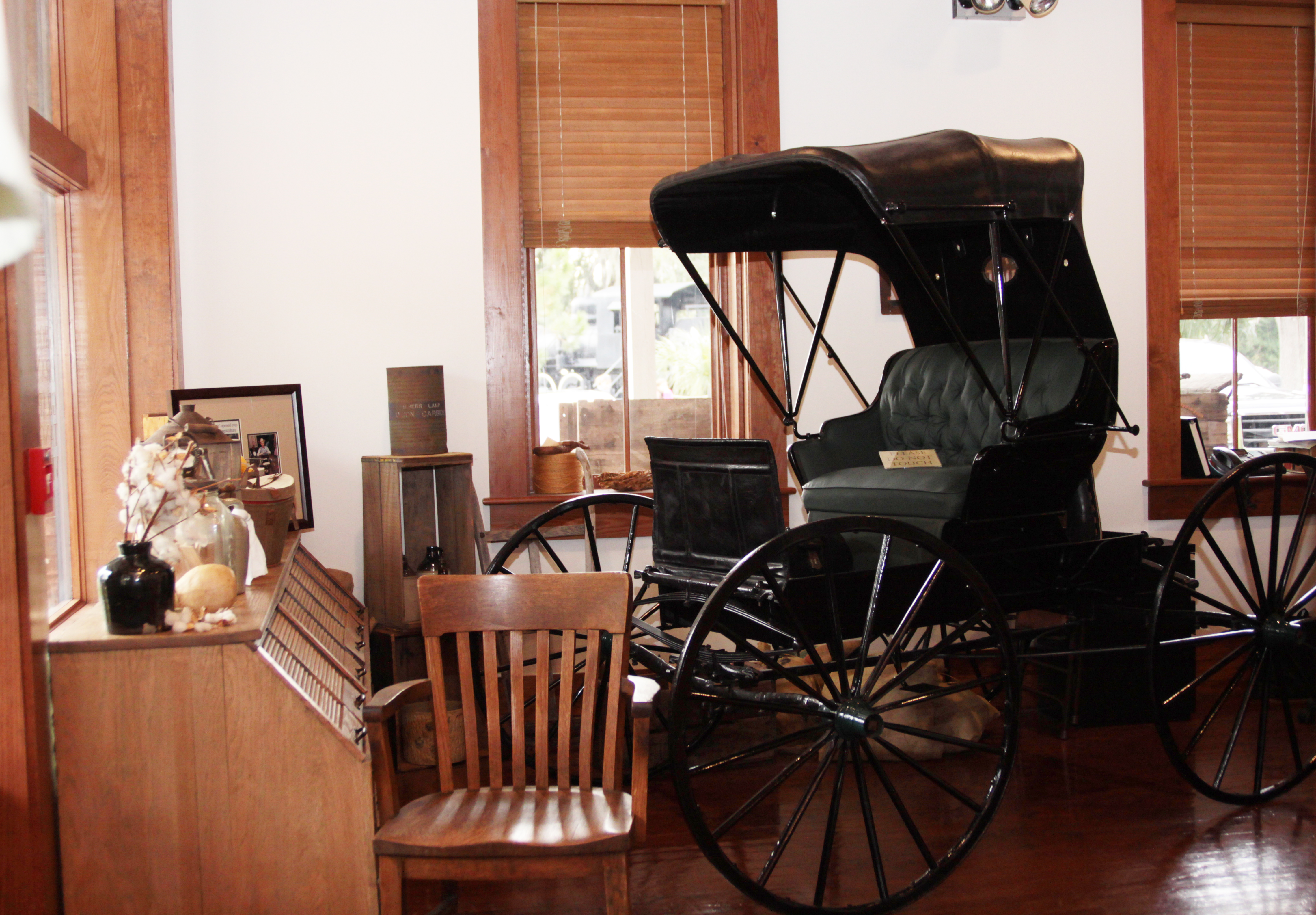 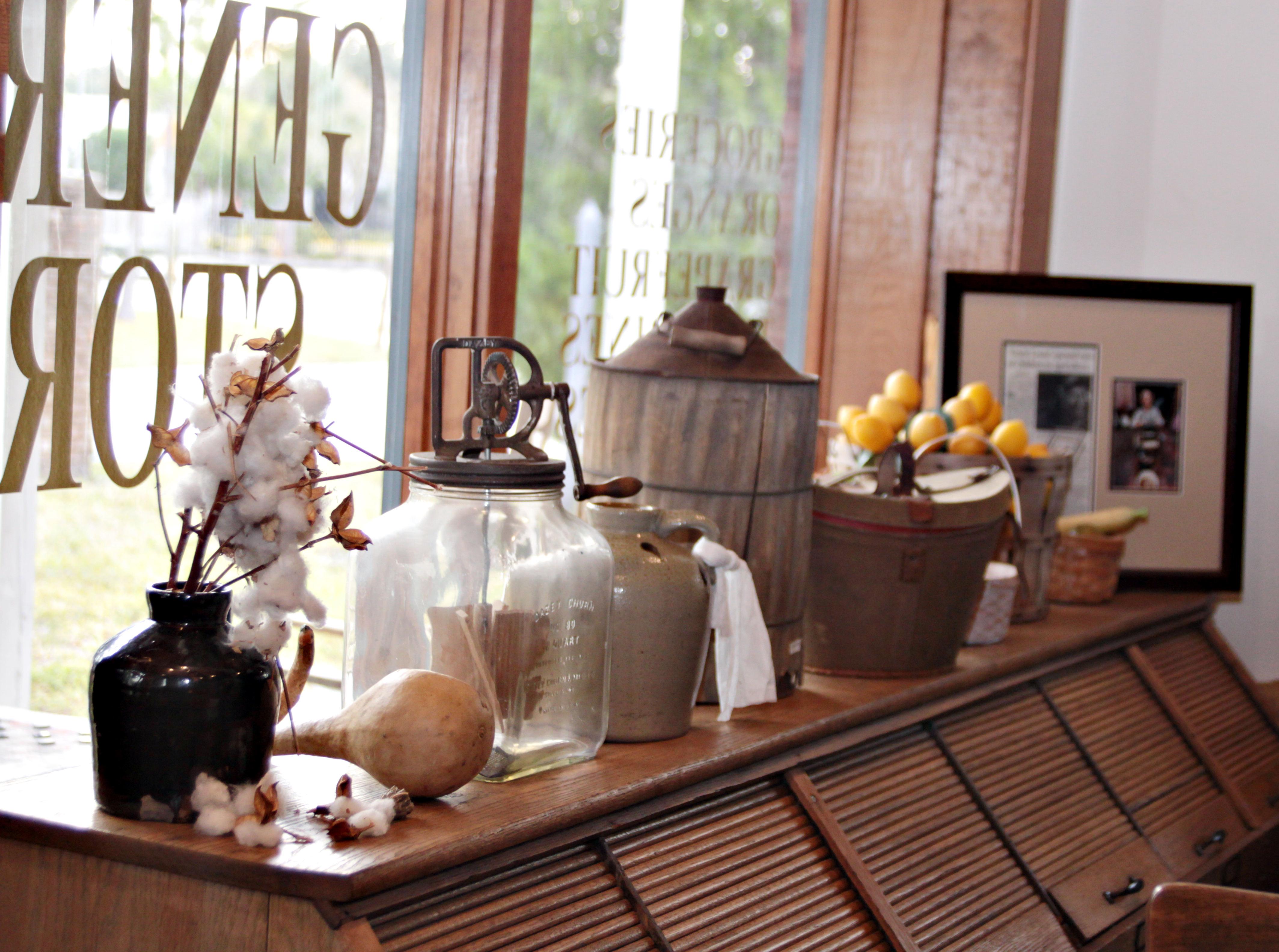 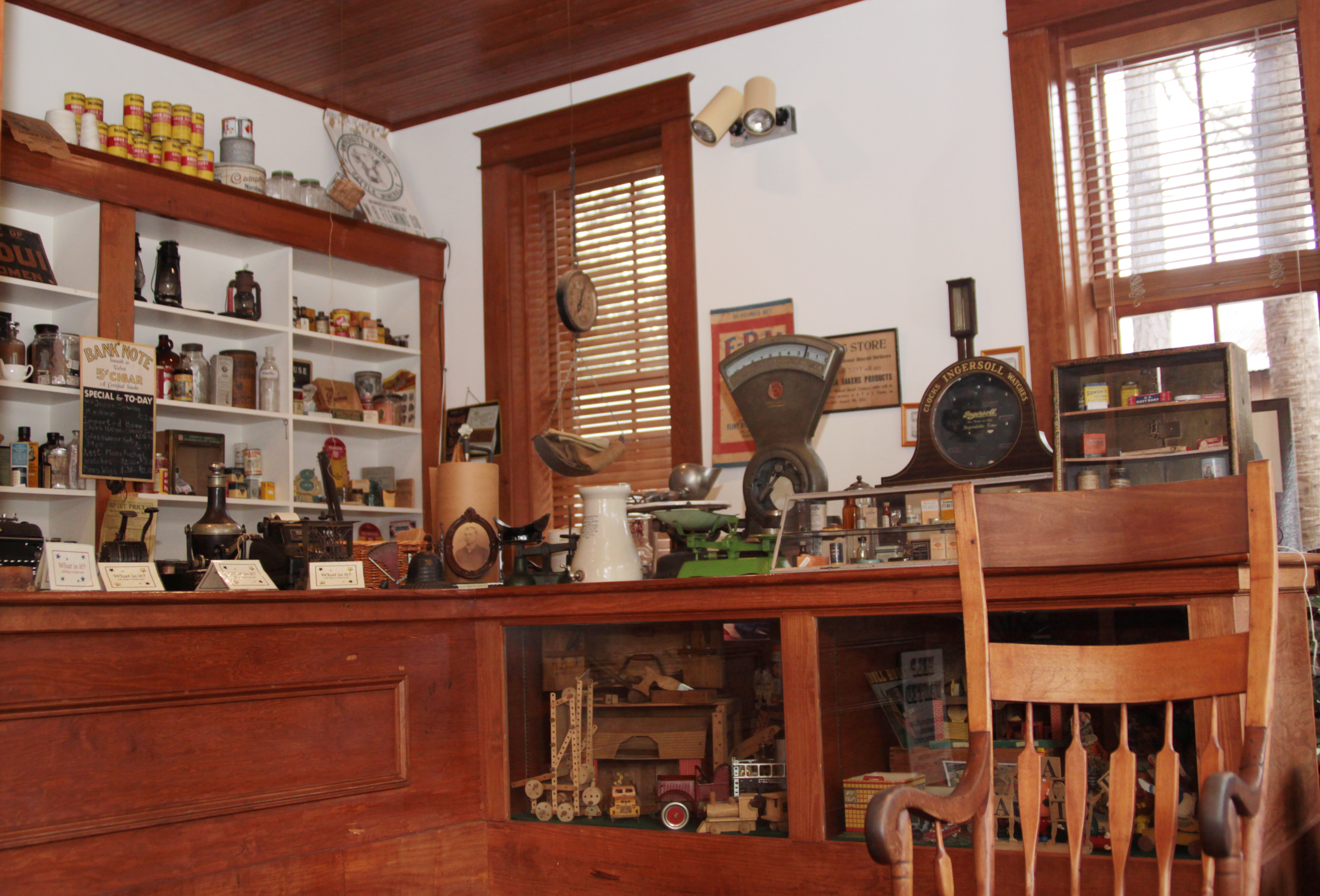 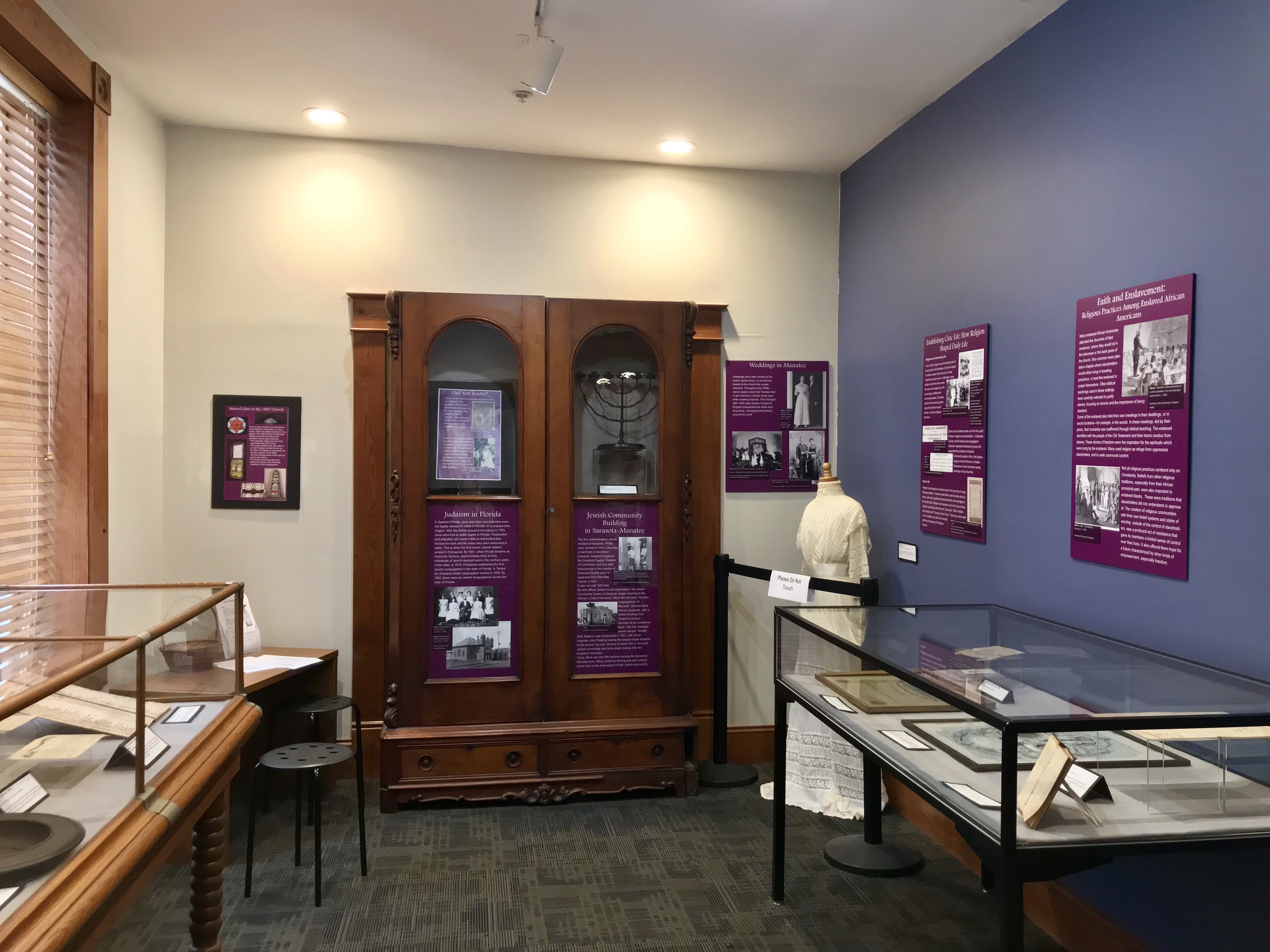 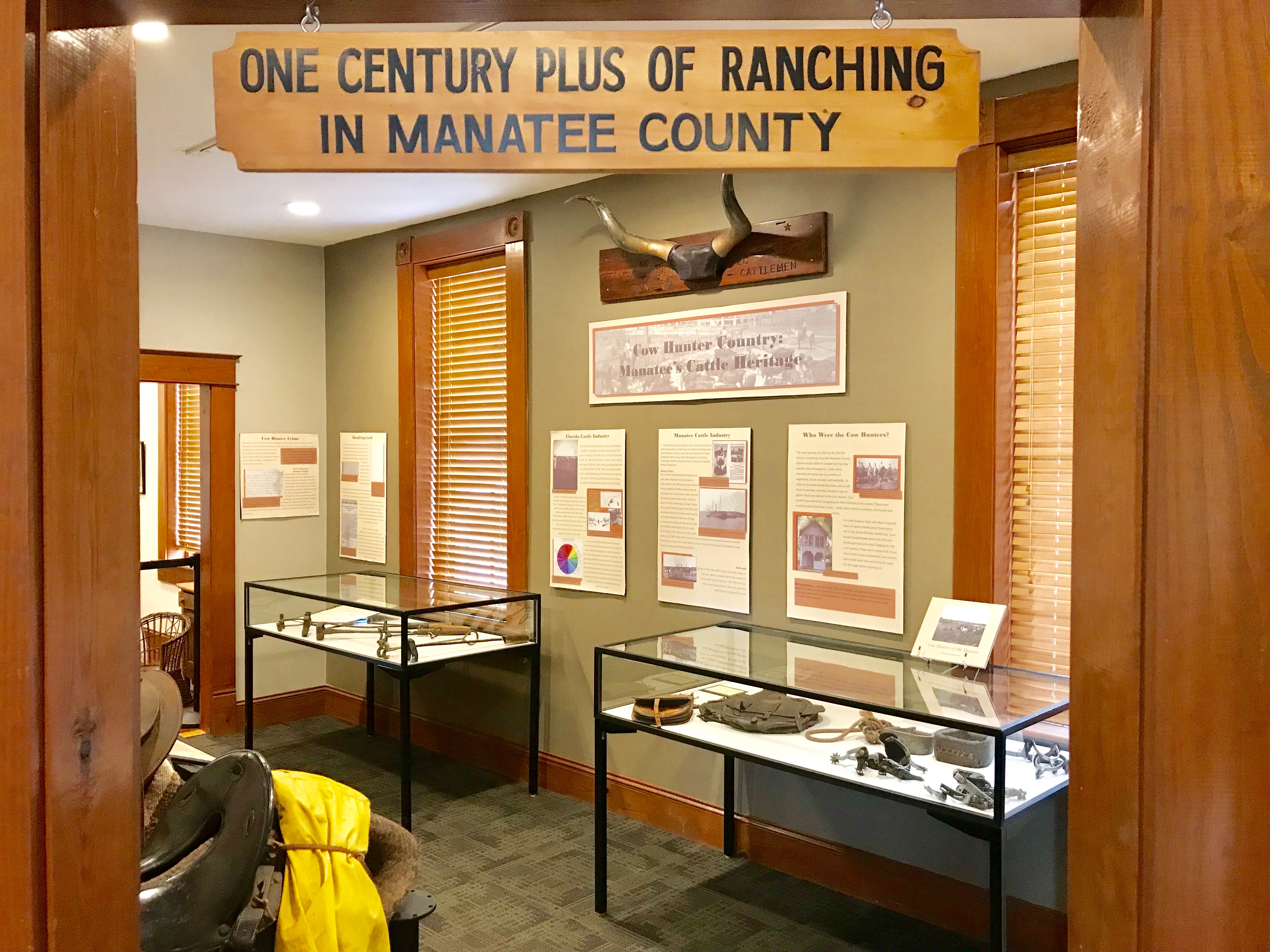 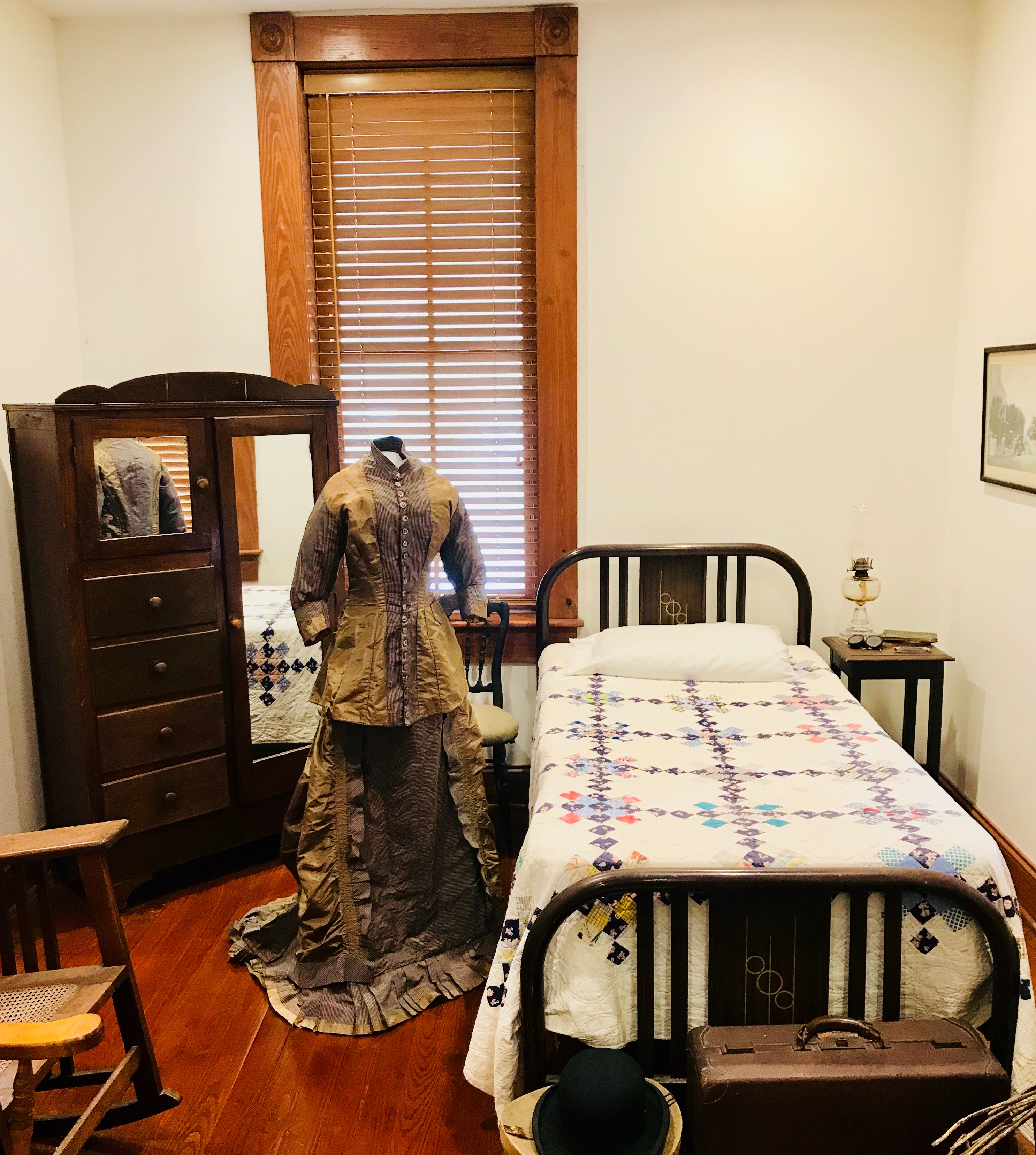 The Wiggins General Store is the only building in Manatee Village Historical Park that was built in this exact spot. While the other buildings were moved here to preserve them, the Wiggins Store still stands on its original foundation.

The Village of Manatee was a small enclave in the huge, rugged Manatee County. The county was created in 1855 and consisted of 5,000 square miles (not much smaller than Connecticut!). It was eventually divided into the counties of Manatee, Sarasota, Hardee, Highlands, DeSoto, Charlotte, Glades, and part of Lee. Residents in these new counties would later patronize cities within their own boundaries. But, in the early 1900s, the Wiggins General Store was one of the few stores of its kind in the area.

King Wiggins picked this location for a number reasons. It was located on the main street at the time. The brick path that runs in front of the Wiggins Store on the museum campus was once Manatee Avenue, a main thoroughfare which now runs just to the north of the building. This meant that any wagons or carts had to travel directly in front of this store before getting into the main part of the Village of Manatee, Braidentown (as Bradenton was known then) or traveling to Palmetto. This included people bringing items into town to barter or trade. Wiggins, being the first store they passed, would often have the first or best selection of that merchandise.

This building is also close to the Manatee River which is how most merchandise would be shipped to Manatee Village at the time. This is because outside of established towns, Florida didn’t have paved roads, street lights, or easy ways to travel across the land. Most “roads” were just narrows paths cut through the wilderness so water travel was much easier. Being near the river, Wiggins had his own dock for merchandise ships to deliver to and, again, he had the best selection of what was available.

Another reason is that when Wiggins selected this place for his store, there were already plans in place to bring a railroad through town. Wiggins thought that the railroad would come through at 15th Street East. But this is where Mr. Wiggins was wrong. The railroad ended up being built on 9th Street West, running between the Village of Manatee and Braidentown.

When the railroad was completed, Wiggins moved his business to a new site on 9th Street West in 1909. This building was then used for a barbershop, another general store, hotel, apartments, and finally migrant housing before it was condemned and boarded up in 1983.

The Manatee County Historical Commission acquired the building in 1985 and, after a lengthy fundraising campaign, the building was carefully renovated and reopened to the public in 1990.

This entry was written by Manatee Village Historical Park Staff.