In 1918, the Army and Navy conducted experiments in Fort Worth to test the feasibility of extracting helium from natural gas. By 1921, the Navy had built a helium production plant and began a large-scale helium extraction program. 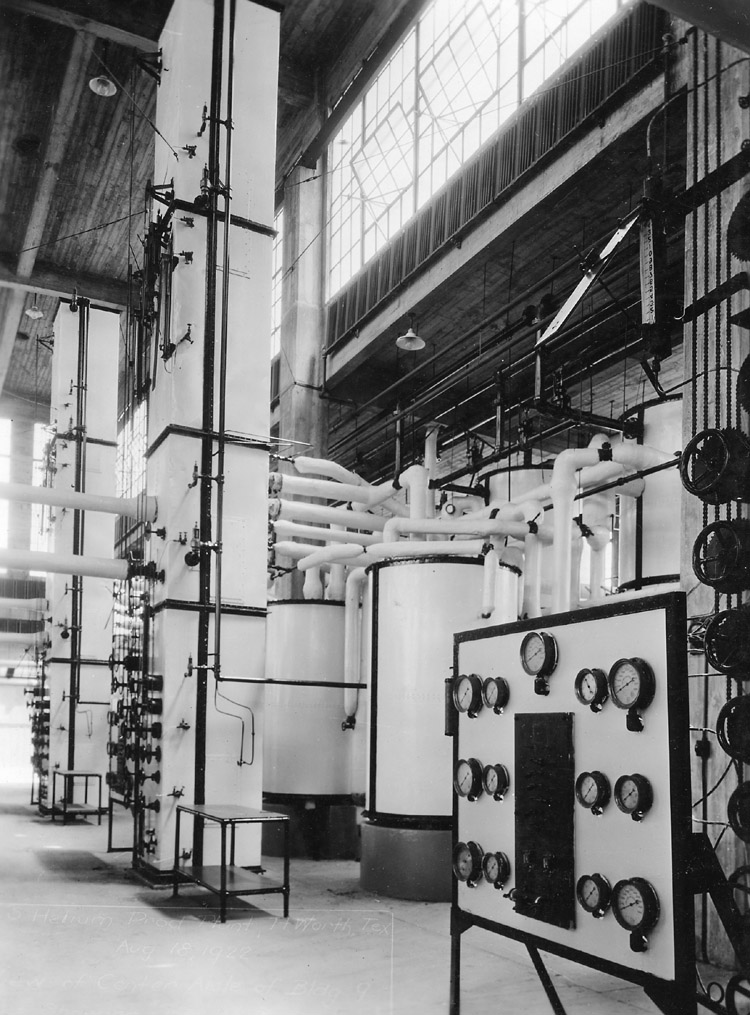 The plant was the world’s only source of helium. The facility remained in operation until mid 1929 when helium-rich natural gas supplies in the Petrolia fields were depleted and a new helium-rich gas field was discovered near Amarillo, Texas.

The site was taken over by the Airways Division of the Department of Commerce Lighthouse Service where they developed early night navigation lighting systems and radios for airport and aircraft use. The plant was located on what is now Blue Mound Road near Meacham Blvd.