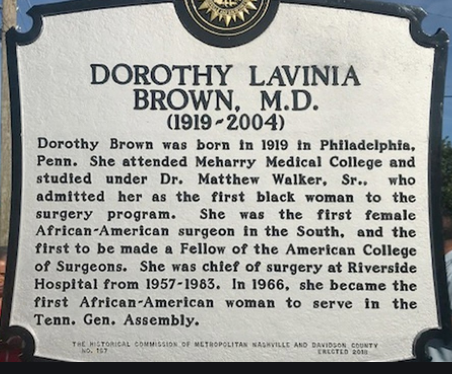 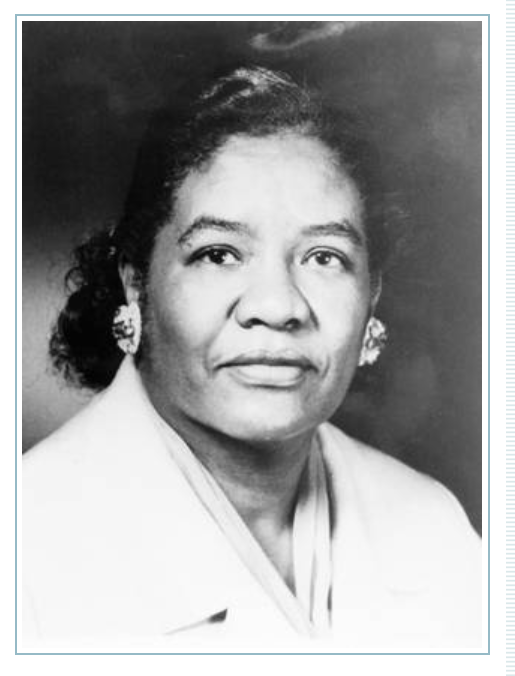 Dorothy Lavinia Brown was born in Philadelphia, Pennsylvania on January 7, 1919, and died on June 13, 2004. When she was five months old, she was dropped by her unmarried mother, Edna Brown, at the Troy Orphan Asylum in New York. Thirteen years later, Brown's mother reclaimed her, but the orphanage seemed safer to her than living with her estranged mother, and Brown ran away five times to go back to the orphanage.

As a teenager, Brown worked as a maid at a Chinese laundry and when she was fifteen, she ran away for the final time and enrolled in Troy High School to get an education. The principal realized that she was homeless and found her a foster family with Lola and Samuel Wesley Redmond. They were very encouraging and supportive, which helped her graduate first in her class in 1937. She was awarded a four-year scholarship by the Troy Conference Methodist Women to the all-Black Bennett College in Greensboro, North Carolina, and graduated second in her class. After getting her B.A., she became an inspector in the Rochester Army Ordinance Department in New York during World War II.

Brown had wanted to become a physician ever since she was five and had tonsillitis, so she enrolled at Meharry Medical College, in Nashville, Tennessee, and received her medical degree in 1948. After interning at Harlem Hospital for a year, she went into a five-year surgical residency program at Meharry’s George Hubbard Hospital after being denied a surgical residency at Harlem Hospital. There was much opposition from the surgical staff since there were no other Black women in general surgery at Meharry’s Hospital, but Dr. Matthew Walker allowed her into the program even though his staff told him that no woman could tolerate the hardships of surgery. She became an Assistant Professor of Surgery in 1955 and the first African-American to be a Fellow of the American College of Surgeons. At Nashville’s Riverside Hospital, Brown became chief of surgery, educational director for the Riverside-Meharry Clinical Rotation Program, professor of surgery at Meharry Medical School, and consulted for the National Institute of Health.

In 1966, Brown became the first African-American woman to be elected to the Tennessee State Legislature, where she tried and failed to introduce a bill that would improve the state’s abortion law to increase access to legalized abortions in Tennessee. Brown also became the first single adoptive mother in Tennessee in 1956, when an unmarried patient at Riverside Hospital asked her to adopt her newborn daughter. In 1970, the Dorothy L. Brown Women’s Residence at Meharry College was named in her honor. Furthermore, Brown was awarded the humanitarian award from the Carnegie Foundation in 1993 and the esteemed Horatio Alger Award, which is given to exceptional Americans who overcame adversity through determination and hard work, from the Horatio Alger Association of Distinguished Americans in 1994. The Riverside Hospital installed this historical marker to commemorate Dr. Dorothy Lavinia Brown for the incredible work she did at Riverside Hospital.