Now home to a retail establishment, the former Sequim Opera House is one of the oldest and best-preserved historic commercial structures in the city. It is located along what was the original "main street" and as such serves as reminder of the city's early period. The Opera House was constructed in 1907 and for many years was a popular event and performance venue. Like today, the first floor served as retail space but the second floor is where the auditorium and stage are located. When it was built, the Opera House was the largest building in the town. In terms of architecture, the Opera House is a typical example of early commercial vernacular design. It was added to the National Register of Historic Places in 1991.

Built in 1907, the former Sequim Opera House is one of the oldest buildings in the city. 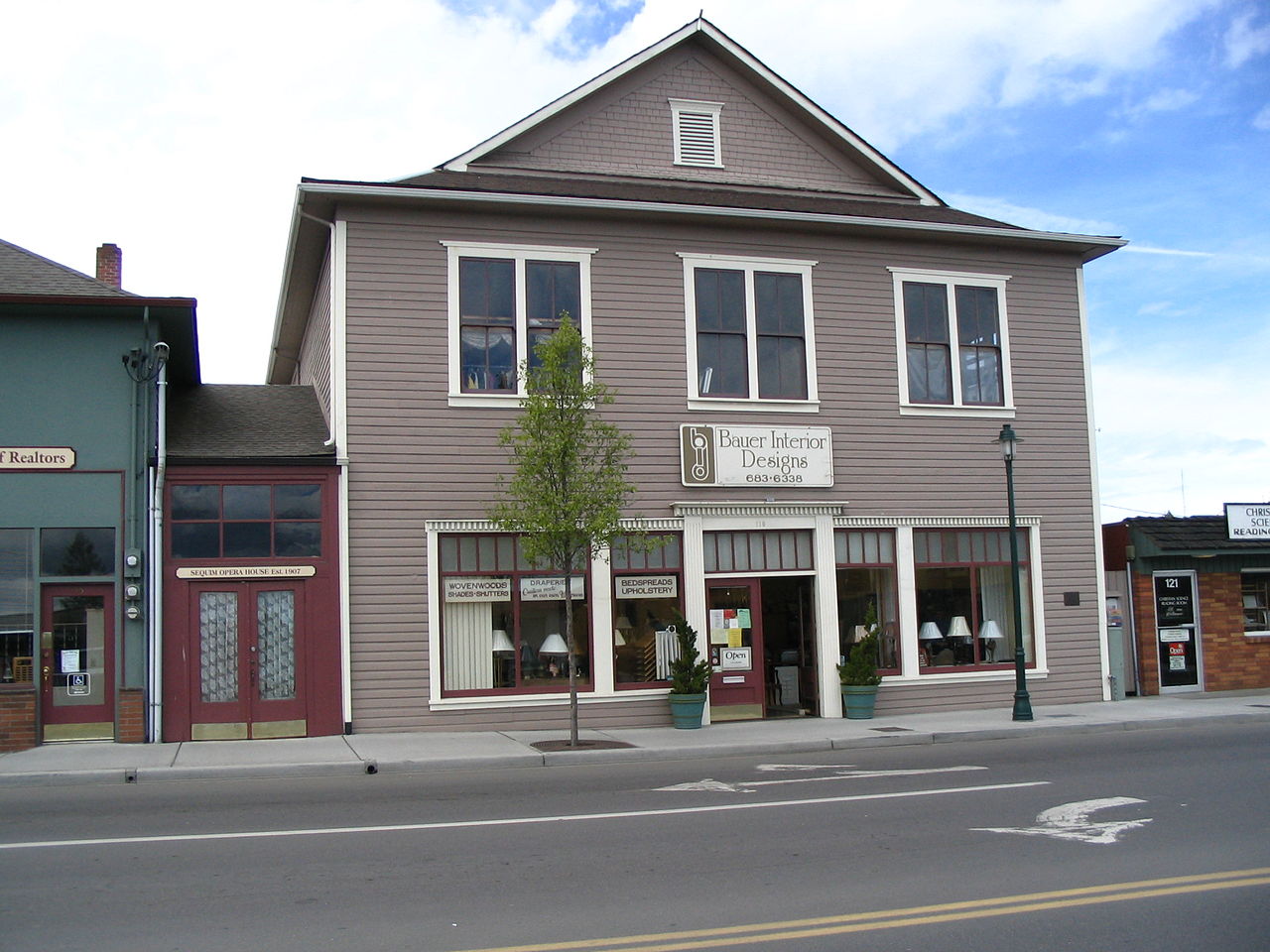 The Opera House was built at the same time the town's first plat was filed and six years before Sequim was officially established. It was built by one of the town's early leading businessmen, Charles Franklin Seal, who owned a successful trading company next door. When it opened on June 15, 1907, the Opera House hosted a long program that featured performances by a variety of local groups. In the coming years, it was used for a number of purposes including dances, public meetings, civic gatherings, graduations, silent film showings, and concerts. It appears that the Opera House operated until the 1930s and what happened next is unclear. Today, the auditorium is used as storage but the stage, original flooring and other features still exist.

Linderoth, Alana. "Then and Now: The Sequim Opera House." Sequim Gazette. May 13, 2015. https://www.sequimgazette.com/news/then-and-now-the-sequim-opera-house.