This building first operated as a saloon owned by Samuel J. McCauley in 1891. After a fire threatened the wooden building, in 1895, McCauley began construction of the current brick exterior which hugs the original wooden structure. McCauley relocated his saloon in 1901, and the Cascade Saloon building hosted a number of businesses throughout the years. After decades sitting empty the building was sold for restoration in 2017. In 2018, it reopened as the North Carolina headquarters for the Christman Company, a general contractor company headquartered in South Bend, Indiana. 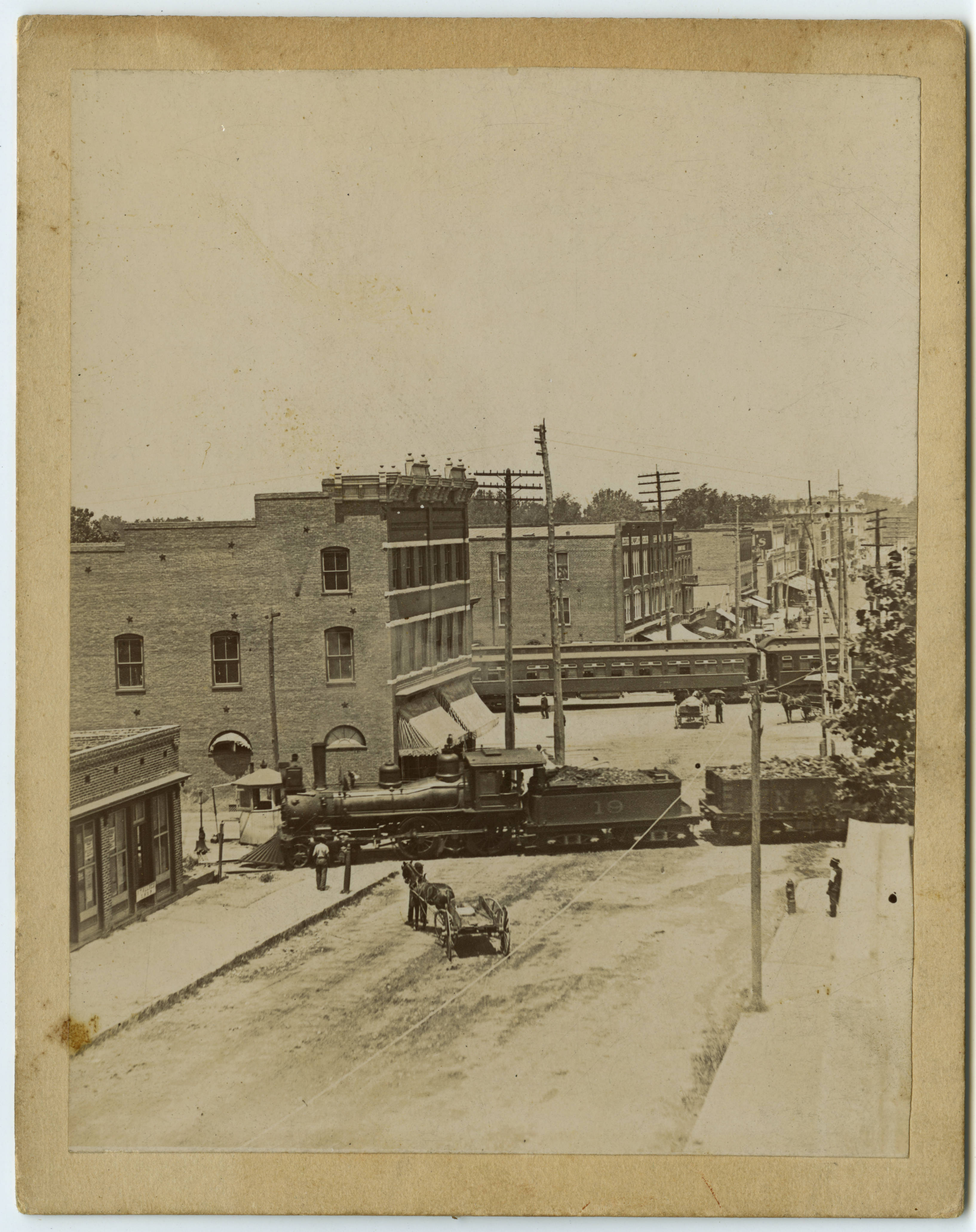 A panoramic view looking north from the railroad tracks into downtown Greensboro, showing in foreground the Cascade Saloon and Southern Railway station, among other buildings

Looking north on South Elm Street toward Hamburger Square in Greensboro. Second building from the left is the Cascade Saloon building. 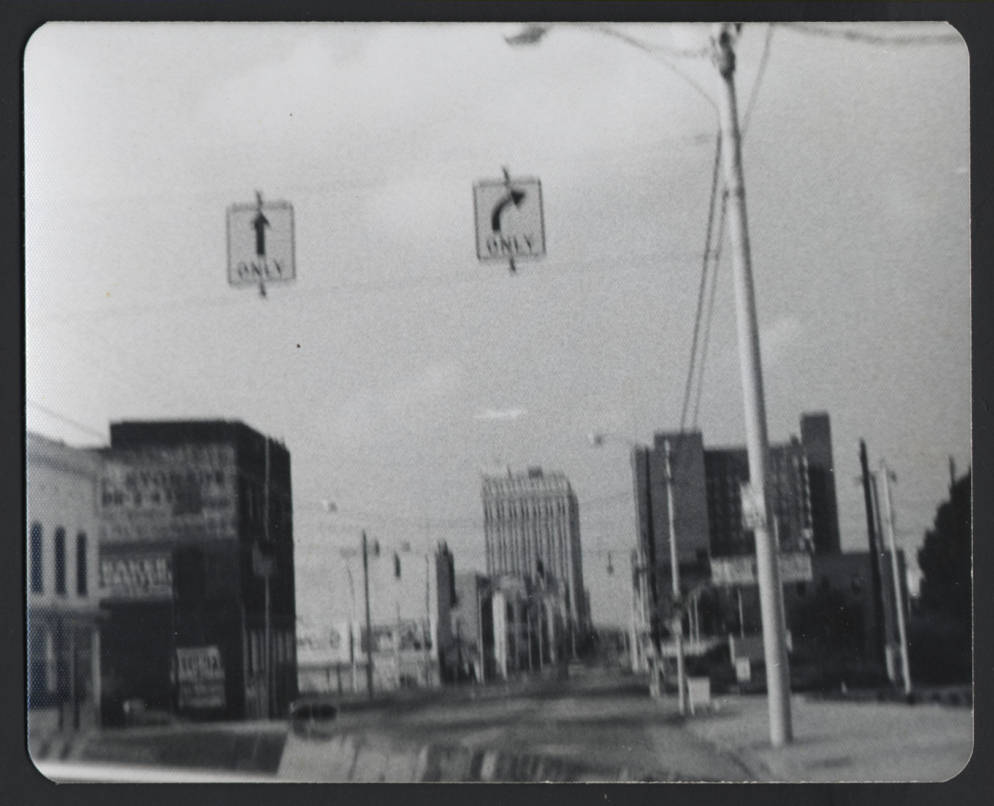 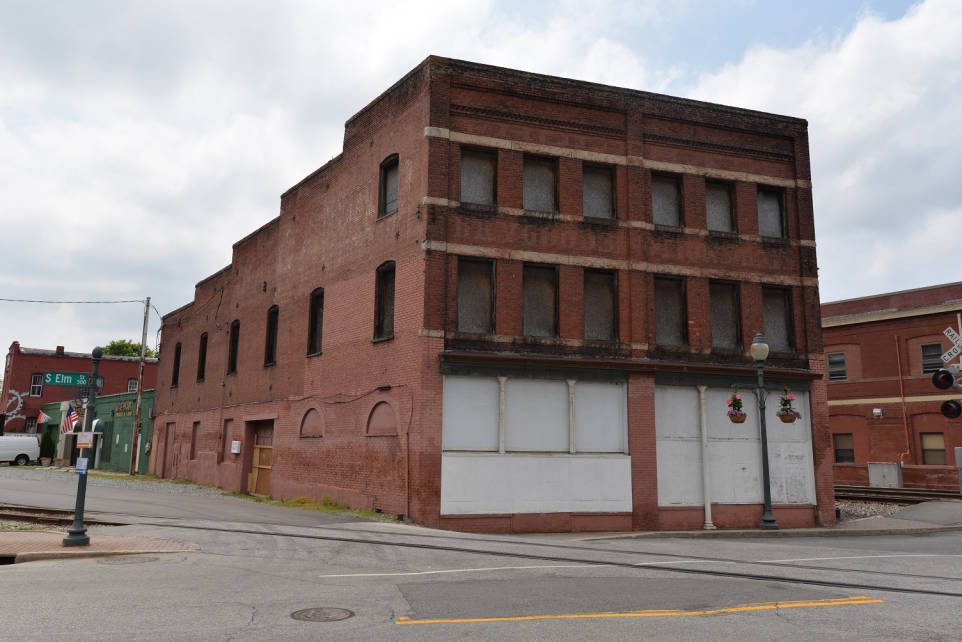 Samuel J. McCauley was a established saloon owner in downtown Greensboro who established a saloon operating out of a wooden building near the railroad tracks at 408/410 S. Elm Street by 1891. He named his establishment the Cascade Saloon.

On June 10 of that year, a large fire occurred downtown, possibly started in a boxcar filled with 30+ barrels of kerosene. The car exploded 20 ft. from McCauley’s saloon, "Which is of wood and... was with great difficulty saved" (Greensboro Patriot, 6/11/1891). In 1895 McCauley began construction of the current brick exterior of the Cascade Saloon, which hugs the original wooden structure. The brick exterior was completed in 1896.

In 1901 McCauley relocated his saloon to the Hotel Clegg (366 S. Elm Street). The Cascade Saloon building, however continued to house a rotating number of businesses, including:

Of particular interest is Wiley Weaver, who, with his wife Ida, operated a cafe in the Cascade Saloon building around 1909. The Weavers were an African American couple operating a restaurant in a white downtown business district during the time of North Carolina's strict segregation laws.

The Cascade Saloon building was included in the Downtown Greensboro National Register Historic District in 1982, and was recognized as a Guilford County Landmark Property by the Greensboro City Council in 2007. In 2017, the building was sold for restoration. In 2018, it reopened as the North Carolina headquarters for the Christman Company, a general contractor company headquartered in South Bend, Indiana.