Built in 1892, Dungeness School is a historic schoolhouse located on the coastal town of Dungeness, Washington. It is important in the areas of architecture and, more significantly, in education. The school was the largest and costliest school built in the county at the time but it was the only school in the area that taught classes from first grade to 12th grade. It operated until 1955. As for design, it is the best example of a two-story frame schoolhouse in Clallam County. Its most notable feature is the covered belfry, which is made of wood posts with decorative brackets and a bell-shaped roof. The bell is original and was restored in 2008. The school house was added to the National Register of Historic Places in 1988. The school is available to rent for weddings and other events. 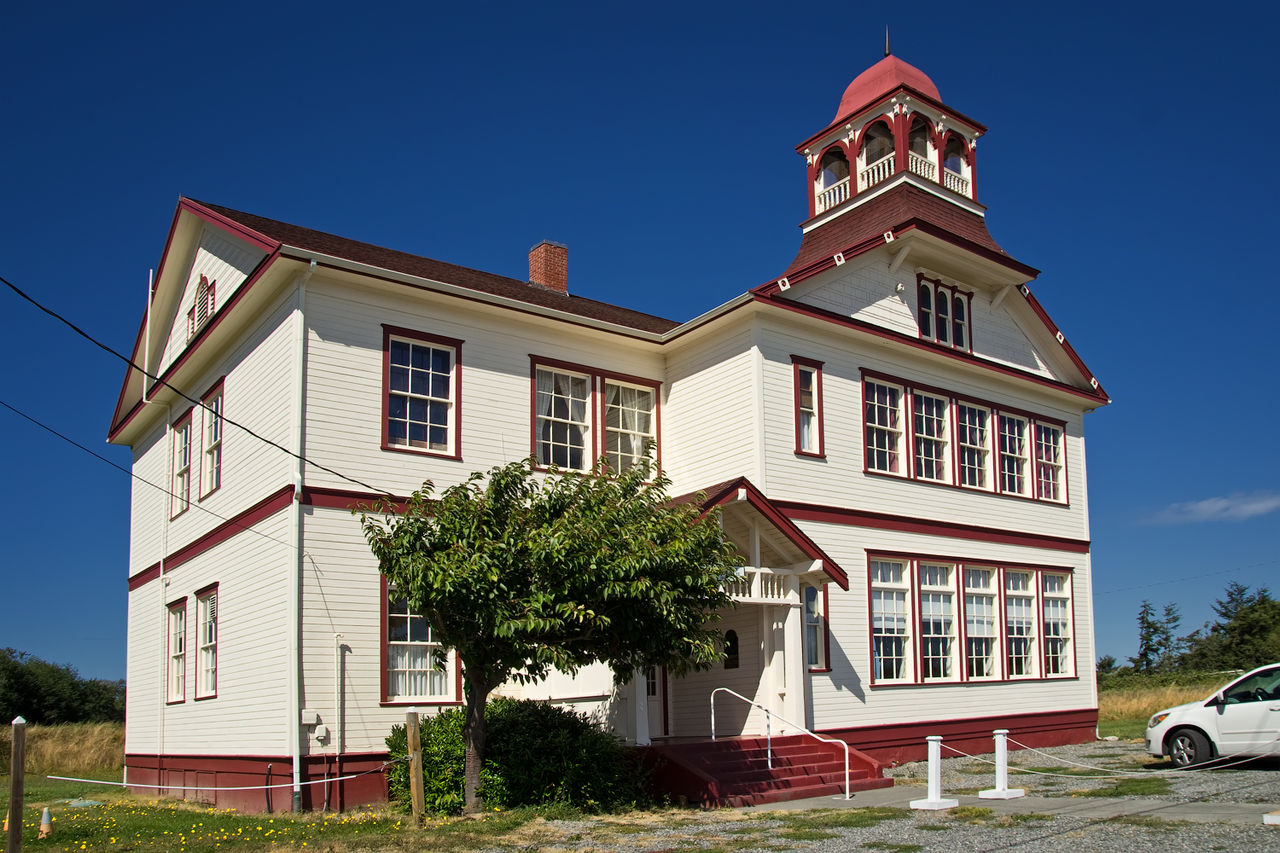 Public education in Clallam County began in 1859. Gradually, as people settled in the county, schools were built and school districts formed. The decision to build the Dungeness School came on May 10, 1892 and it was erected in the months that followed. Classes were first held in February 1893. When it opened, it served 64 students and had one teacher on staff. It didn't offer classes for all grades until the early 1900s. For a time, it was the only school in the county to provide a complete high school curriculum. Eventually, the high school and junior grades were moved to other schools in 1923 and 1940, respectively. The elementary grades remained until 1955. The school became the home of the Dungeness Community Club which later bought it in 1967. It was then used as a community center. Today the schoolhouse is managed by the Sequim Museum & Arts.