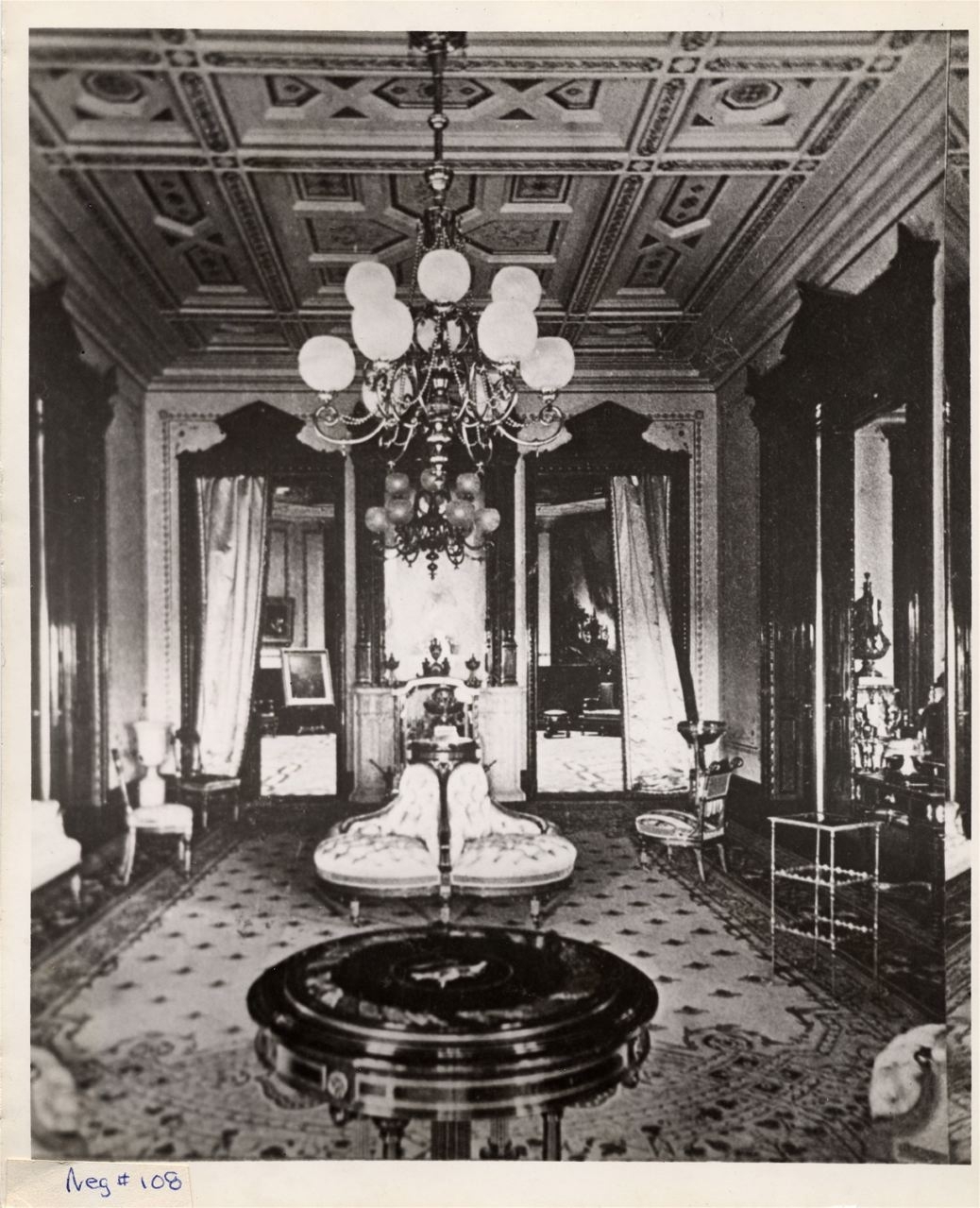 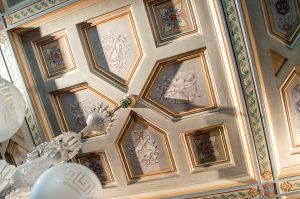 Pocket Door from the Music Room 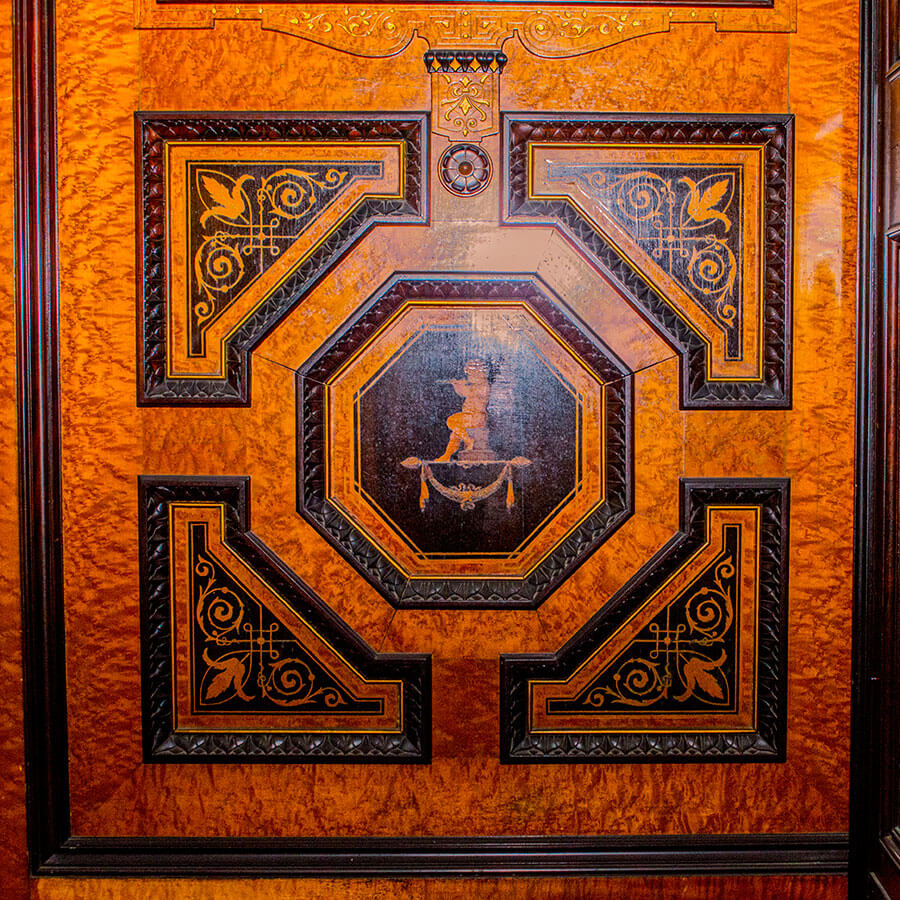 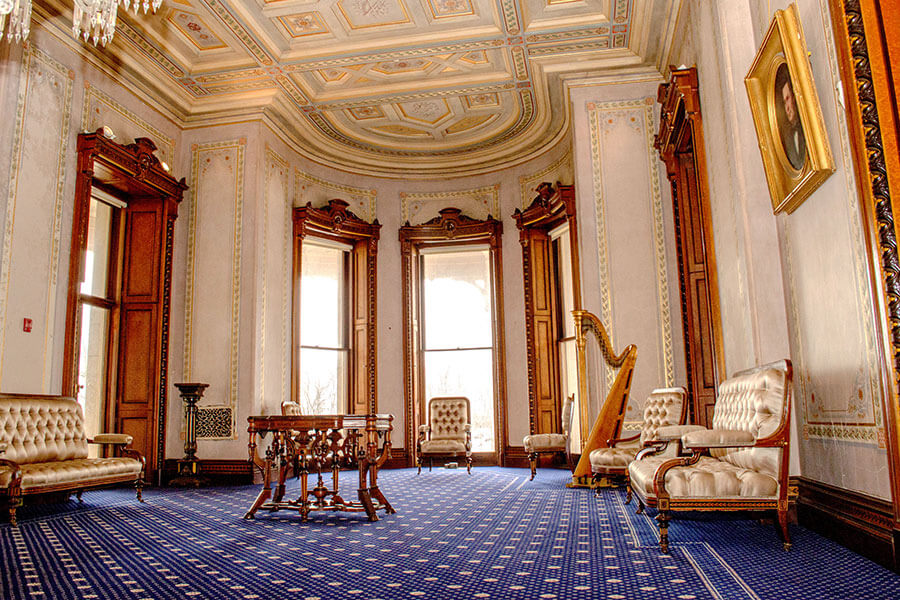 The furniture and woodwork in the Music Room has been primarily attributed to the Herter Brothers, Christian and Gustav, the preeminent Victorian era cabinet makers. While the Lockwood family had purchased carpets in France that were woven specifically for the space, the current carpet was installed by Paramount Studios for the major motion picture The Stepford Wives (2004) starring Nicole Kidman, Matthew Broderick, and Bette Midler.

The fireplace is of Italian marble, over which a magnificent etched glass panel depicts the Roman goddess Pomona. The illustration was drawn by Pierre-Victor Galland, the same artist who painted the mural on the Drawing Room’s ceiling.

The fireplace is constructed with the flues on either side of the fireplace so as to not obstruct the view of the etched glass from the Music Room or the Rotunda.