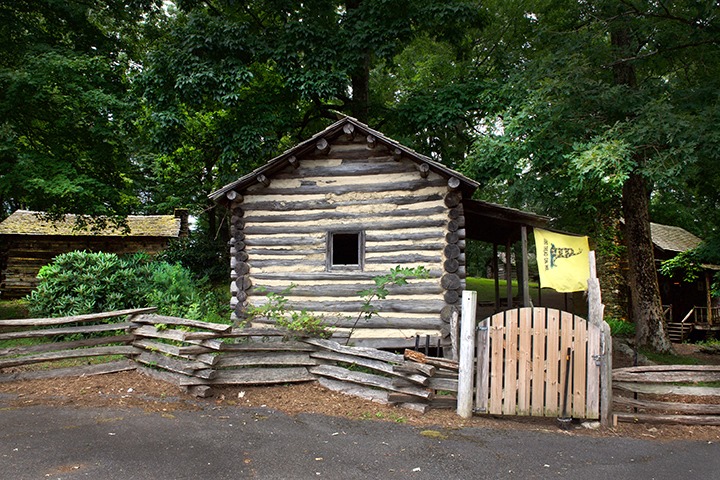 The WPA Cabin is the youngest cabin at the museum. It was built by the Works Progress Administration in 1935 as a bunkhouse for workers. Those workers helped to construct many buildings in Boone and on Appalachian State University’s campus. It was originally located on Appalachian’s campus where the Holmes Convocation Center is located now. When the center was set to be built in 1995 the cabin was donated to SAHA. Today it is used to portray a Longhunter cabin like what Daniel Boone stayed in during his time in the area. The cabin also houses one of the last WPA Buckeye stoves with most of them being sold and melted down during World War II.