The Manis Mastodon Site is one of the most important archaeological sites in Oregon. While digging his field with a backhoe on August 8, 1977, local farmer Emanuel Manis discovered two large fossils that would later be confirmed to be mastodon tusks. Archaeologists dated the site to 13,800 years ago, making it one of the oldest on the North American continent. Many other bones were found as well, the most remarkable of which was a rib bone with a broken bone projectile point embedded in it. The point was very significant because it provided the first evidence of humans hunting mastodons in North America. The site today is an empty field along a country road. A stone historical marker surrounded by a grassy areas commemorates the site. The site was added to the National Register of Historic Places in 1978.

This historical marker indicates where Manis Mastodon Site is located. The site is one of the oldest archaeological sites in North America. 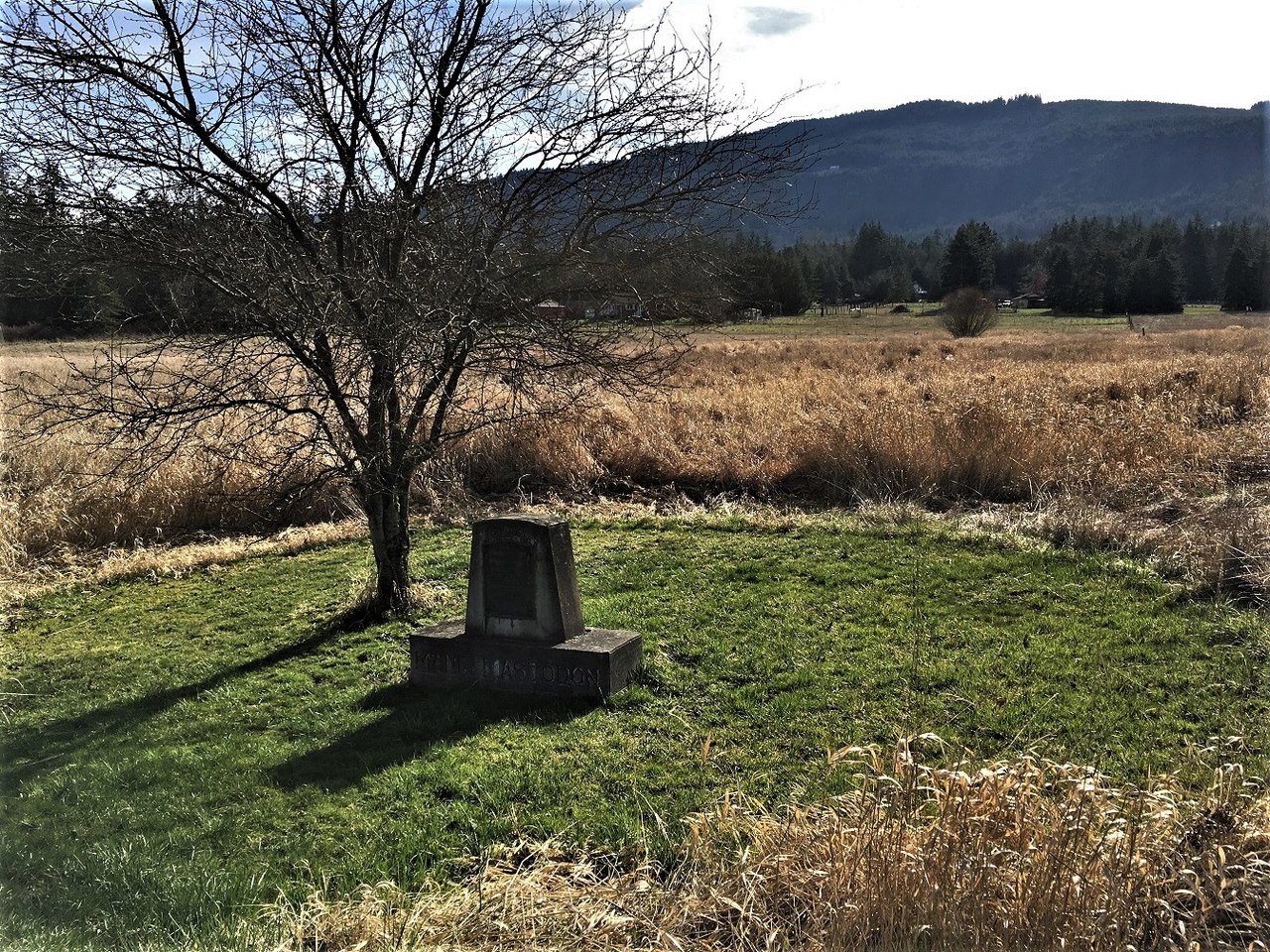 In the summer of 1977, Emanuel Manis decided to built a pond in what was usually a marshy field (there was a drought that summer and the water disappeared). He hoped to use the water in the pond to for his crops and to attract wildlife. In the process of digging out the pond, he dug up the tusks. He contacted archaeologist Carl Gustafson from Washington State University who proceeded to excavate the site until 1985. Early in the excavation he and his team found the rib bone with the broken projectile point. They noticed that bone grew around it which indicated to them that the point did not kill the mastodon, meaning that the mastodon appears to have survived an attack and died later (it seems that the mastodon was old as indicated by signs of arthritis; it is not known how it ultimately died). Many other bones and artifacts were found including stone tools. Bones of two more mastodons as well as other animals were discovered as well.

The most historically significant aspect of the site is that it contributes to the theory that humans reached North America earlier than previously thought. Archaeologists have believed that a human culture called the Clovis people were the first people on the continent. However, the Manis site is dated to about 800 years before the Clovis people. Other archaeologists were skeptical of Gustafson's theory but in 2011 further analysis of the rib bone with the point confirmed the age of the site (13,800 years old). The fossils found at the site are now housed at the Sequim Museum of the Arts.