This historical marker honors Marie Sklodowska Curie (1867-1934), a highly awarded Polish scientist. As a child her father introduced her to the sciences leading her to enroll at the University of Paris. After decades of hard work and research, she would receive the Nobel Prize in two different scientific fields for her work with radiation and her discovery of Radium and Polonium. Curie also served in WWI by manufacturing portable X-ray trucks and developing new treatments for wounded soldiers. In addition to her Nobel Prizes she received countless medals, statues, and honorary degrees. One such degree was given to her by the University of Pittsburgh in 1921 and a plaque was installed for her 100th birthday. 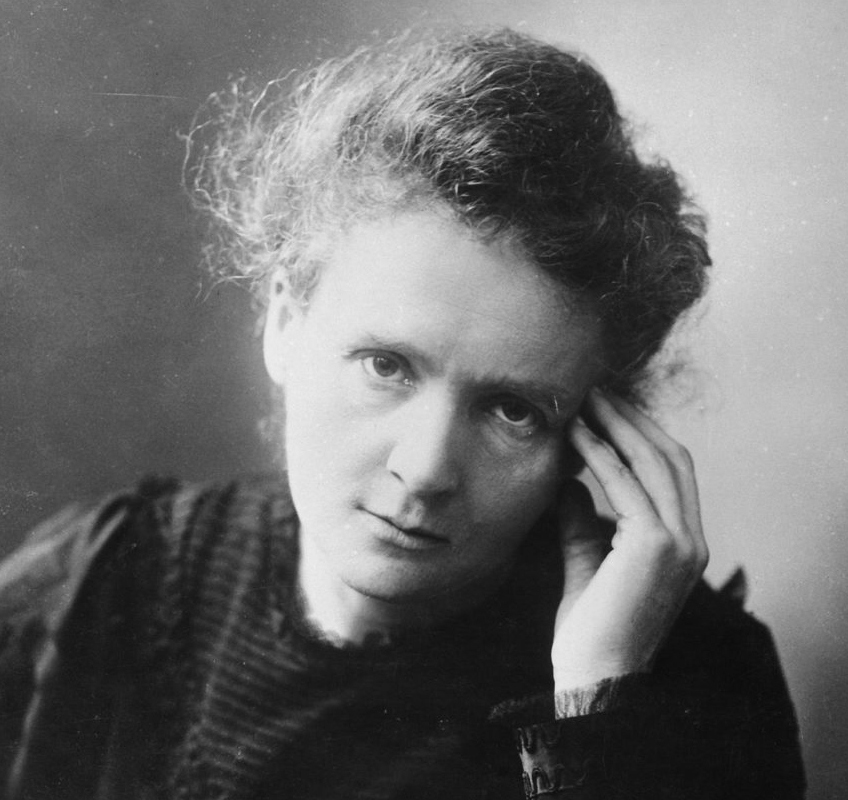 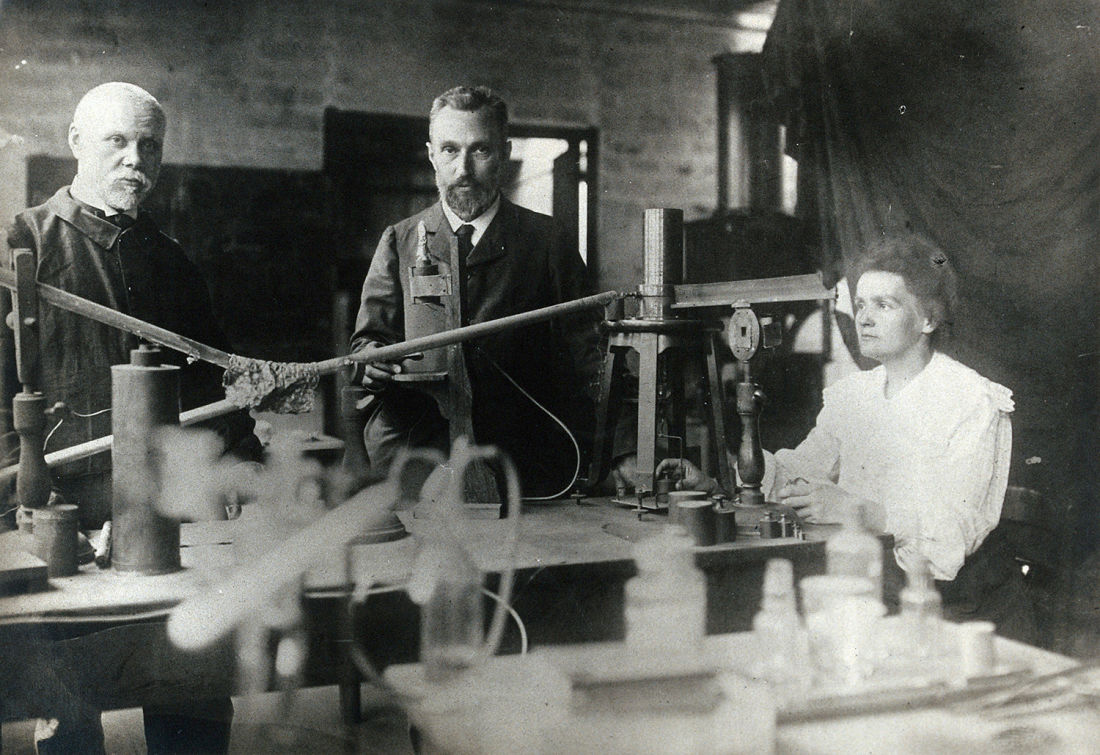 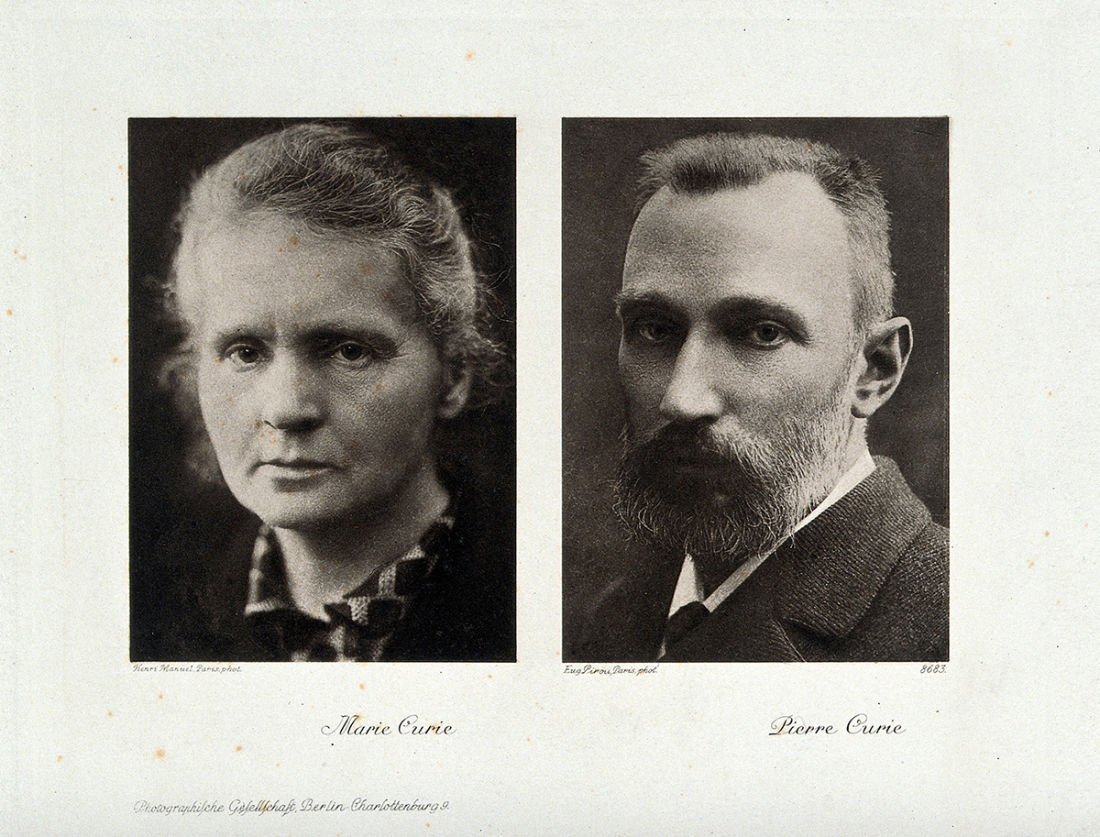 Marie Curie was a female scientist who was widely known for her discovery of Polonium and Radium who is also one of the most awarded scientists in history, holding numerous honorary degrees, countless awards, and many firsts (The Nobel Prize in Physics 1903). She is the first and only woman to win the Nobel Prize twice, the only person to win the Nobel Prize in two separate fields, and the first female professor at the University of Paris (The Nobel Prize in Physics 1903). Marie was also a big contributor to the allied war effort in World War I by pioneering new technologies and treatments for soldiers in the field (Marie Curie 2000). Overall, Marie Curie has had a significant impact not just in the scientific community, but the world.

Marie Sklodowska Curie was born on November 7th, 1867 in Warsaw, in what used to be a part of the Russian Empire (Rutherford 1935, 673). Early in Marie’s life her father was fired from his job, and her family lost money in a poor investment, leading to financial troubles for the family (Mazowieckie Korzenie Marii). In late 1891, Marie left Warsaw for France where she would attend the University of Paris to study Chemistry, Physics, and Mathematics (Marie Curie 2000). After several hard years spent studying, working, and fighting to survive the cold winters, Marie would meet her future husband Pierre Curie whose interest in science drew the two together (Marie Curie 2000). In 1895, Marie would marry Pierre Curie, her long-time friend and research partner (Marie Curie 2000).

While Marie Curie was searching for a topic worthy of her thesis, she found the recent discovery of radiation a very interesting topic for her research (Marie Curie 2000). Marie, with the help of her husband, was able to discover two new elements by analyzing the radiation produced by different minerals that contained trace amounts of Radium and Polonium (Early Study of Radioactivity). Marie, Pierre, and French scientist Henri Becquerel would be awarded the Nobel Prize in Physics in 1903 for their work in studying radiation (Sokol, 1992). Afterwards, Marie’s husband would tragically die in a street accident in 1906, which caused the University of Paris to offer her the Chair of the Institute of Physics in place of her husband (Prof. Curie killed in a Paris street 1906). After this, Marie became the first female professor at the University of Paris and her next goal was the construction of a state-of-the-art laboratory that her and her husband always dreamed of (Marie Curie 2000). Marie would be given the head the Radium Institute which was a lab constructed for her by the Pasteur Institute and the University of Paris (Marie Curie 2000). Now that Marie was finally in a place of recognition with her own laboratory, she could begin working on the isolation of Radium for which she would earn her second Nobel Prize, this time in Chemistry (Mazowieckie Korzenie Marii).

During the Great War Marie noticed the need to supply quick medical care to soldiers, so she invented portable X-ray trucks after quickly studying the relevant fields (Marie Curie 2000). Curie also invented a treatment for sterilizing wounds using what would later be identified as Radon gas (Marie Curie 2000). Even though her contributions were immense, she would never receive official recognition from France for her service (Marie Curie 2000). After the war, Maria Curie would travel the world where she was even given a gram of radium during her visit in the U.S. (Madame Curie’s Passion). After giving countless lectures and educational programs, Marie would travel to Poland one last time and succumb to the effects of radiation poisoning on July 4th, 1934 (Sokol, 1992).

Marie Curie made an everlasting contribution to the scientific community and the world through her life and research. She received many medals, statues, and honorary degrees. One such degree is a Doctor of Laws from the University of Pittsburgh. The University of Pittsburgh invented the process that isolated the 1 gram of radium that Curie was awarded during her trip to the US. In 1967, the centennial or Marie Curie's birth, a plaque was erected that reads: “In commemoration of Maria Sklodowska Curie, A Polish scientist, Discoverer of Radium and Polonium. Conferred Degree of Doctor of Laws By the University of Pittsburgh on May 26th, 1921. Inspecting facilities of Standard Chemical Company at Canonsburg and Pittsburgh where were produced 76 of the 120 grams of Radium in the world including the gram donated to her by the Women of America and presented at the White House by President Harding. This Radium was extracted from Colorado Carnotite by a process invented and supervised by Glenn Donald Kammer of the University of Pittsburgh. Erected on the occasion of the centennial of Mme. Curie's birth in Warsaw, Poland, 1867.”