This is a contributing entry for Fillmore Historical Museum and only appears as part of that tour.Learn More. 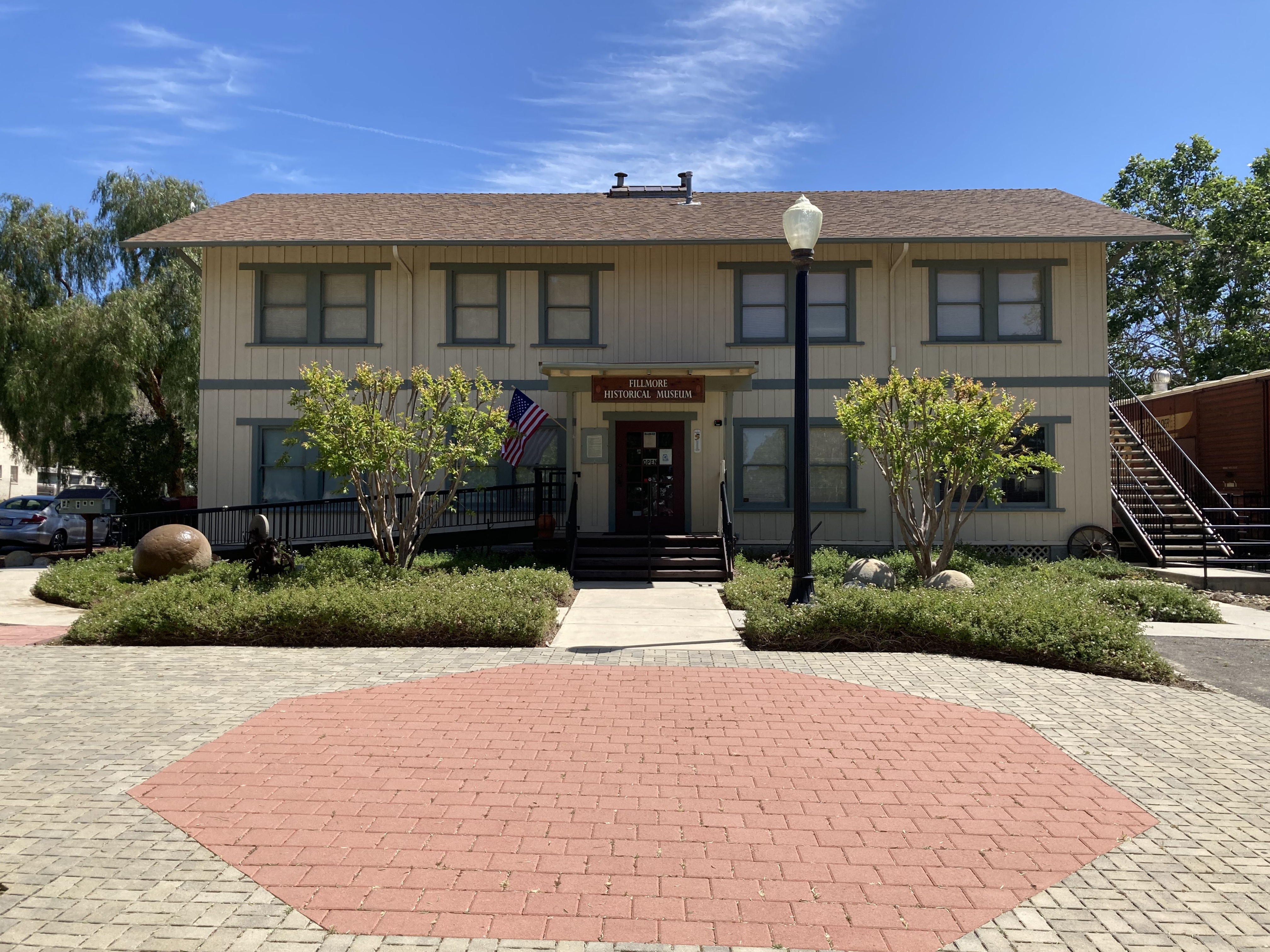 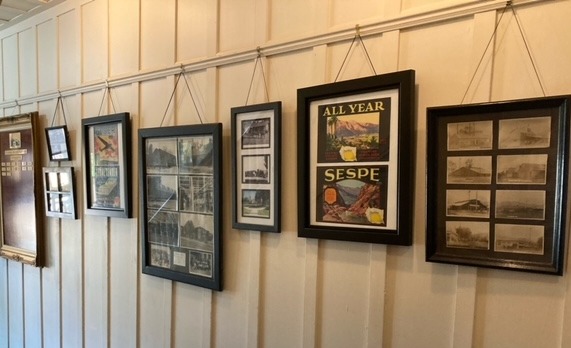 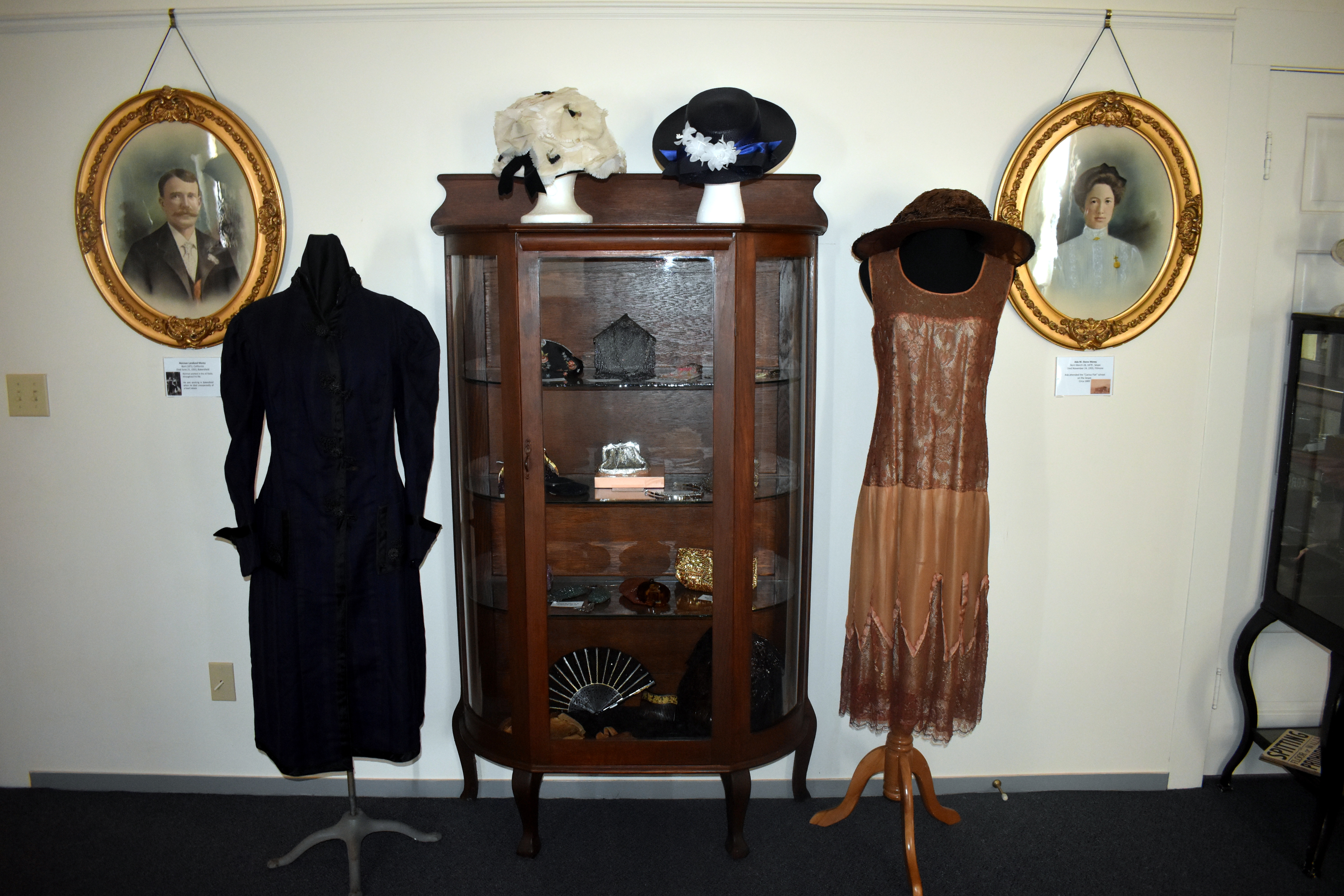 Not just women's fashions are displayed in the "Dress" room, the hat makes the man. 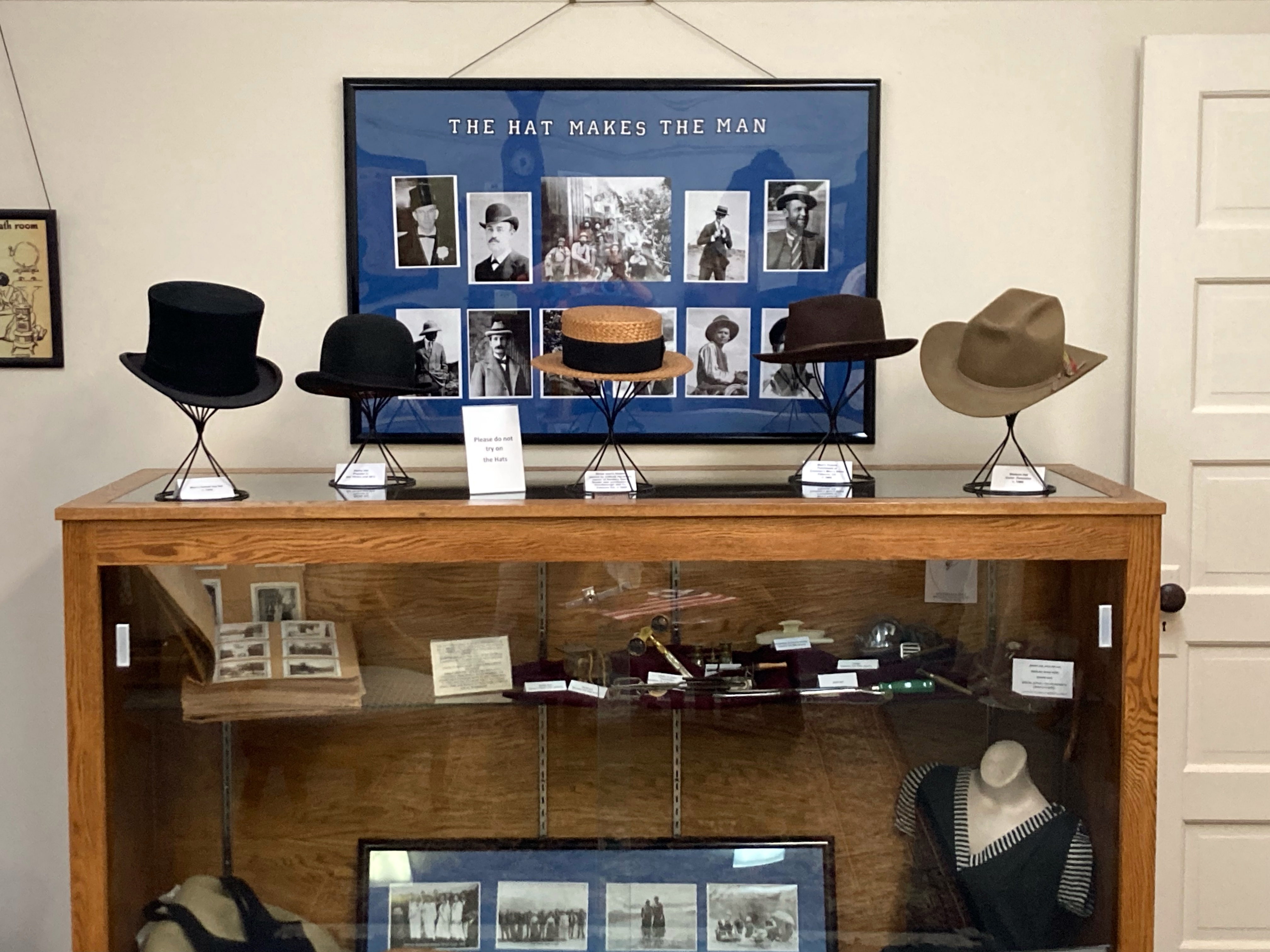 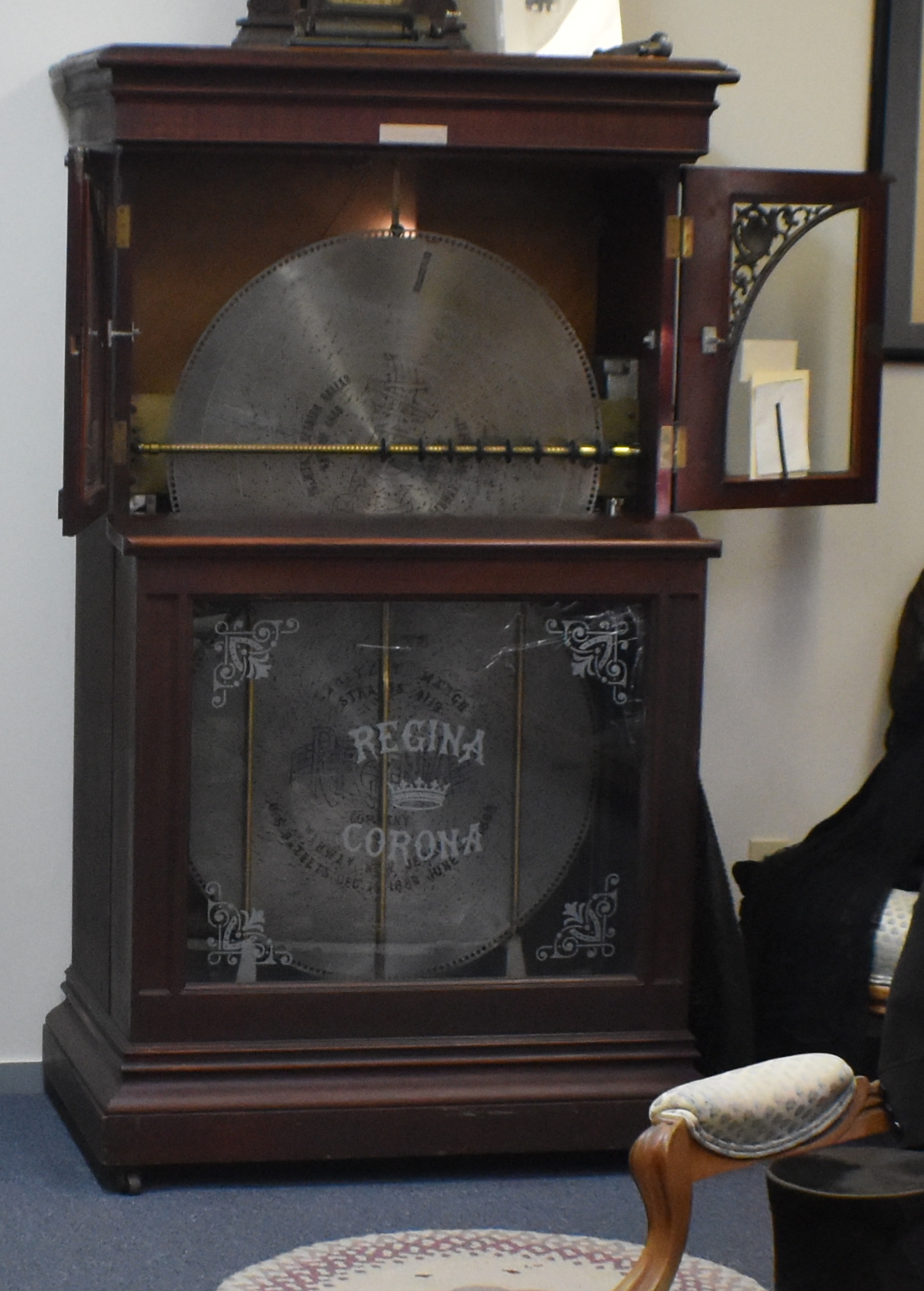 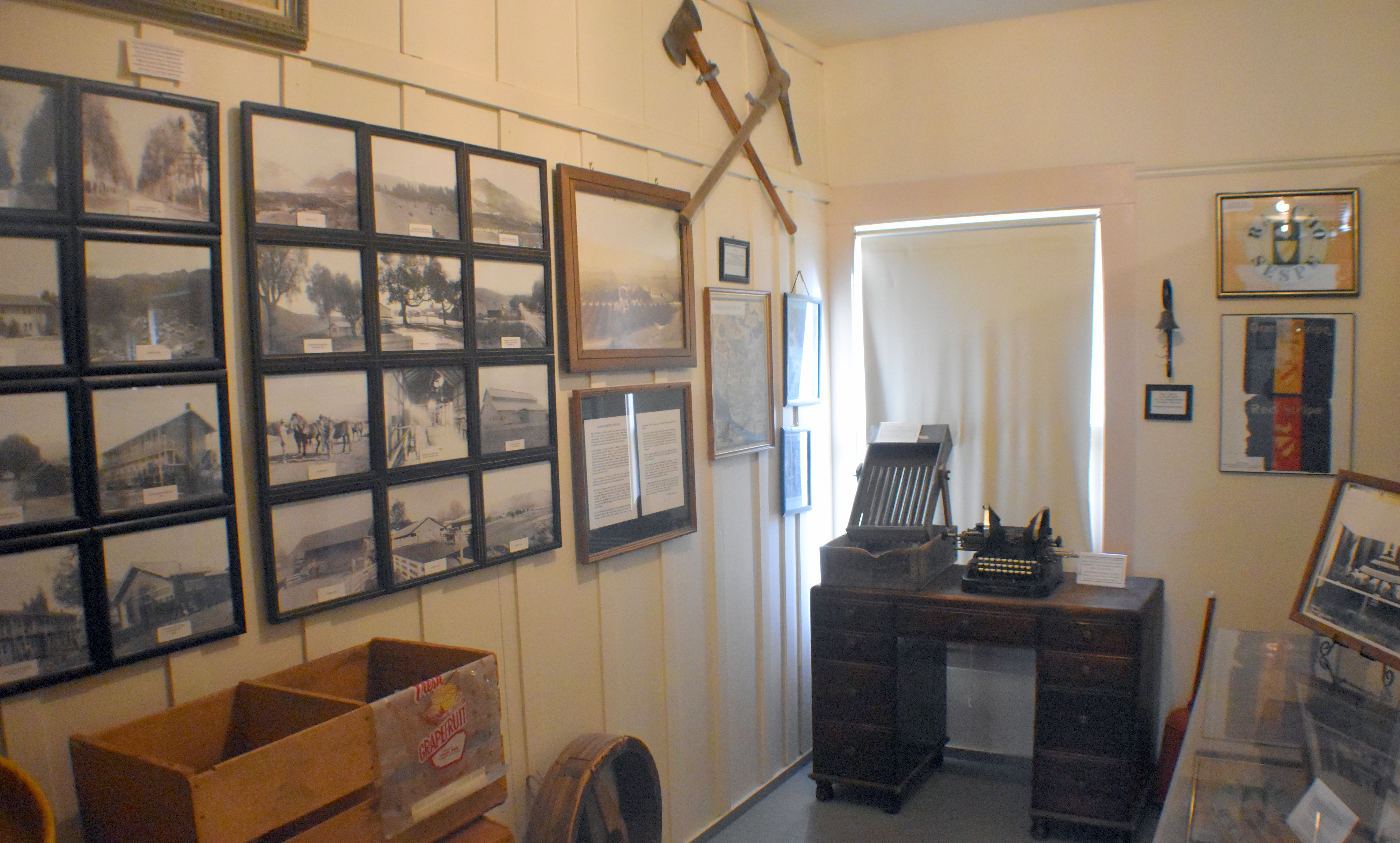 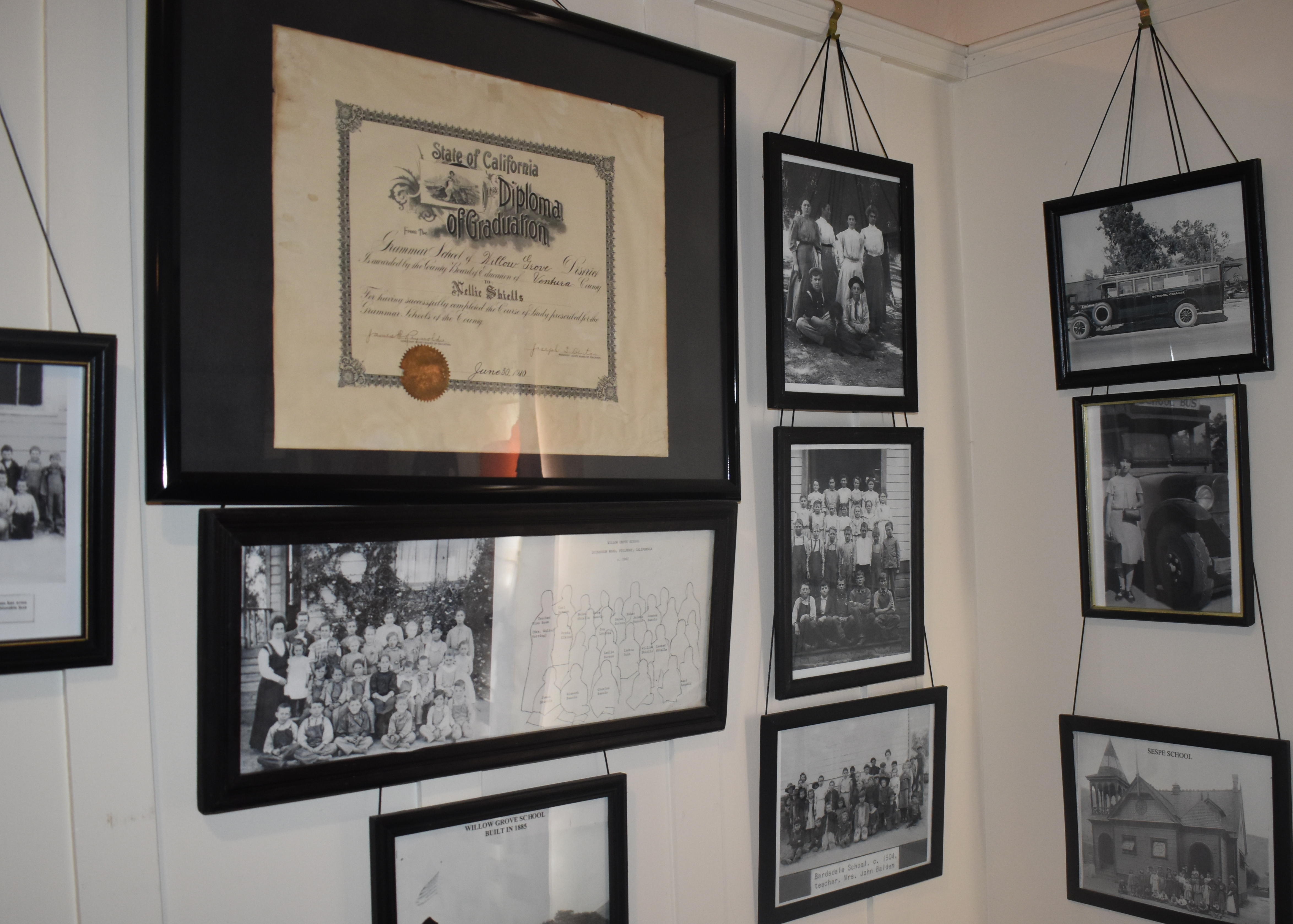 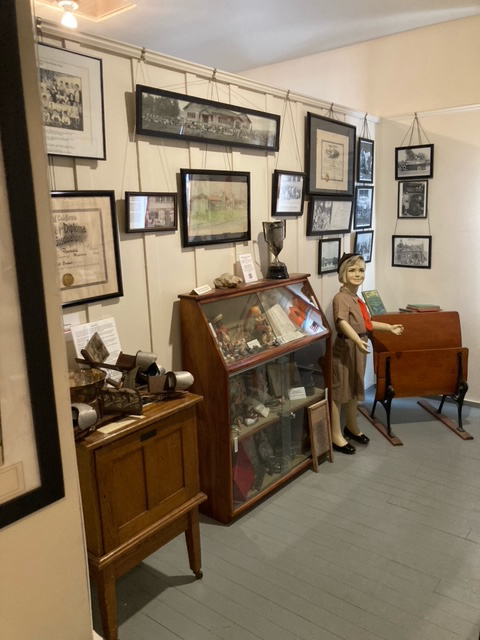 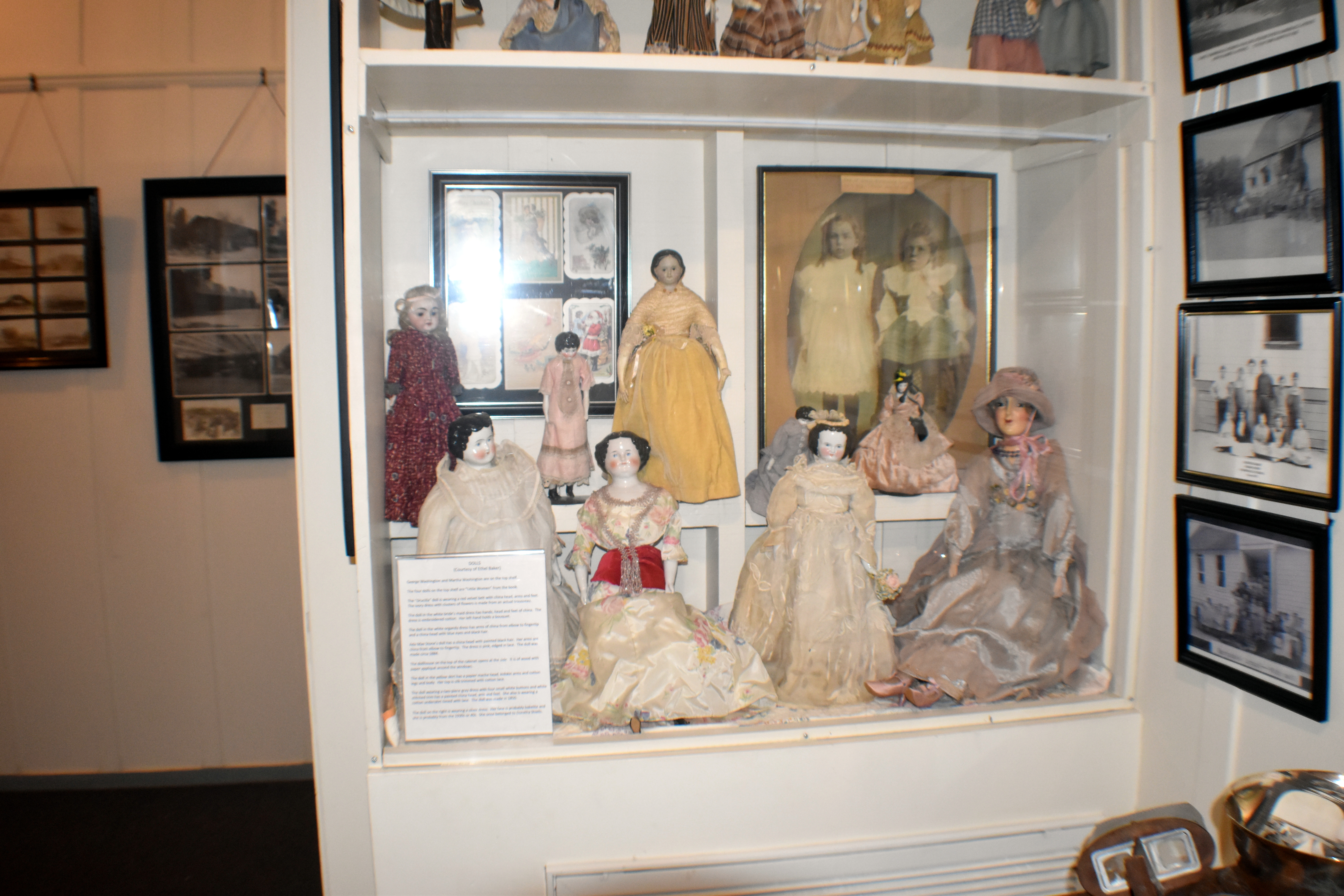 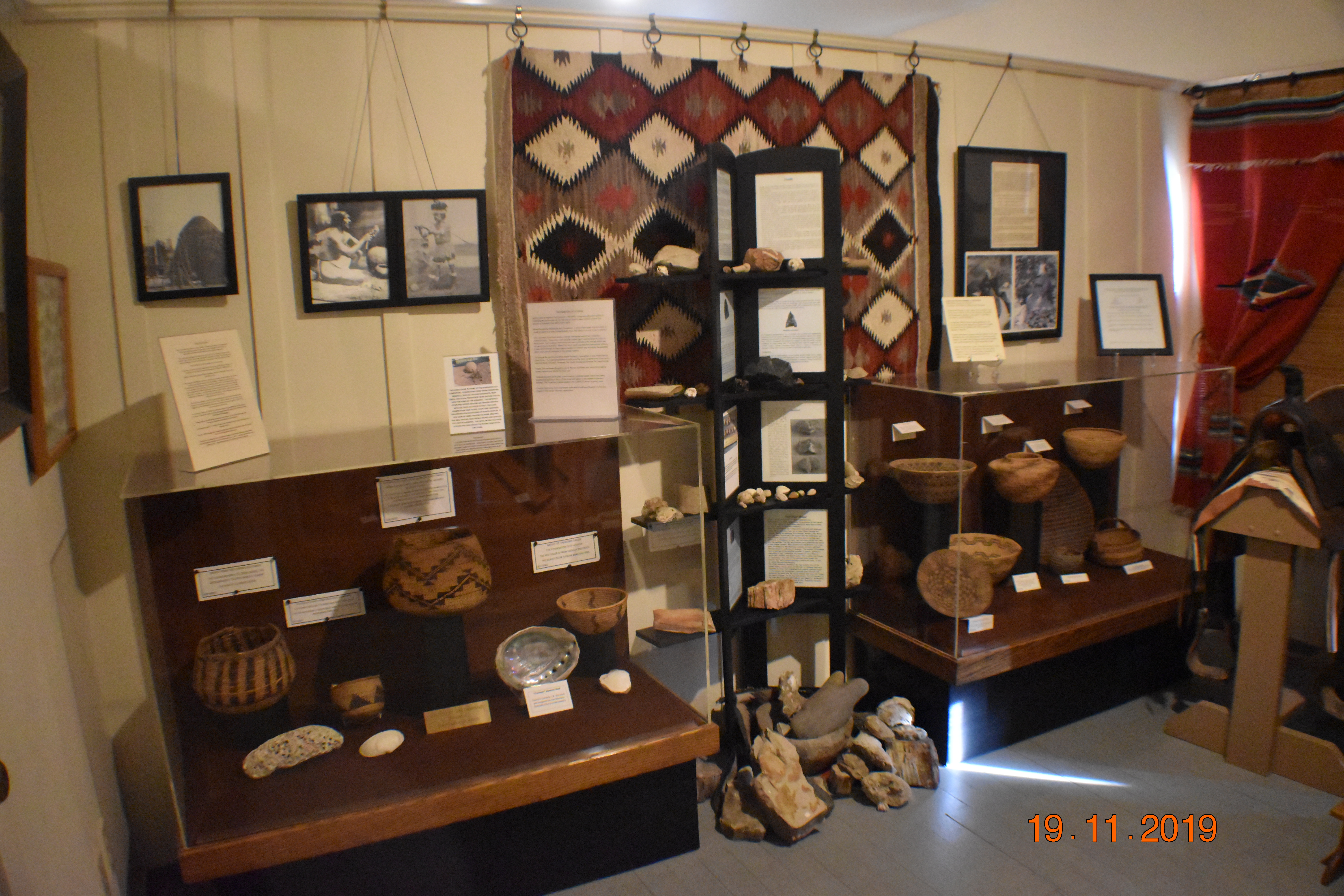 Native American pestles and mortars found in the local area 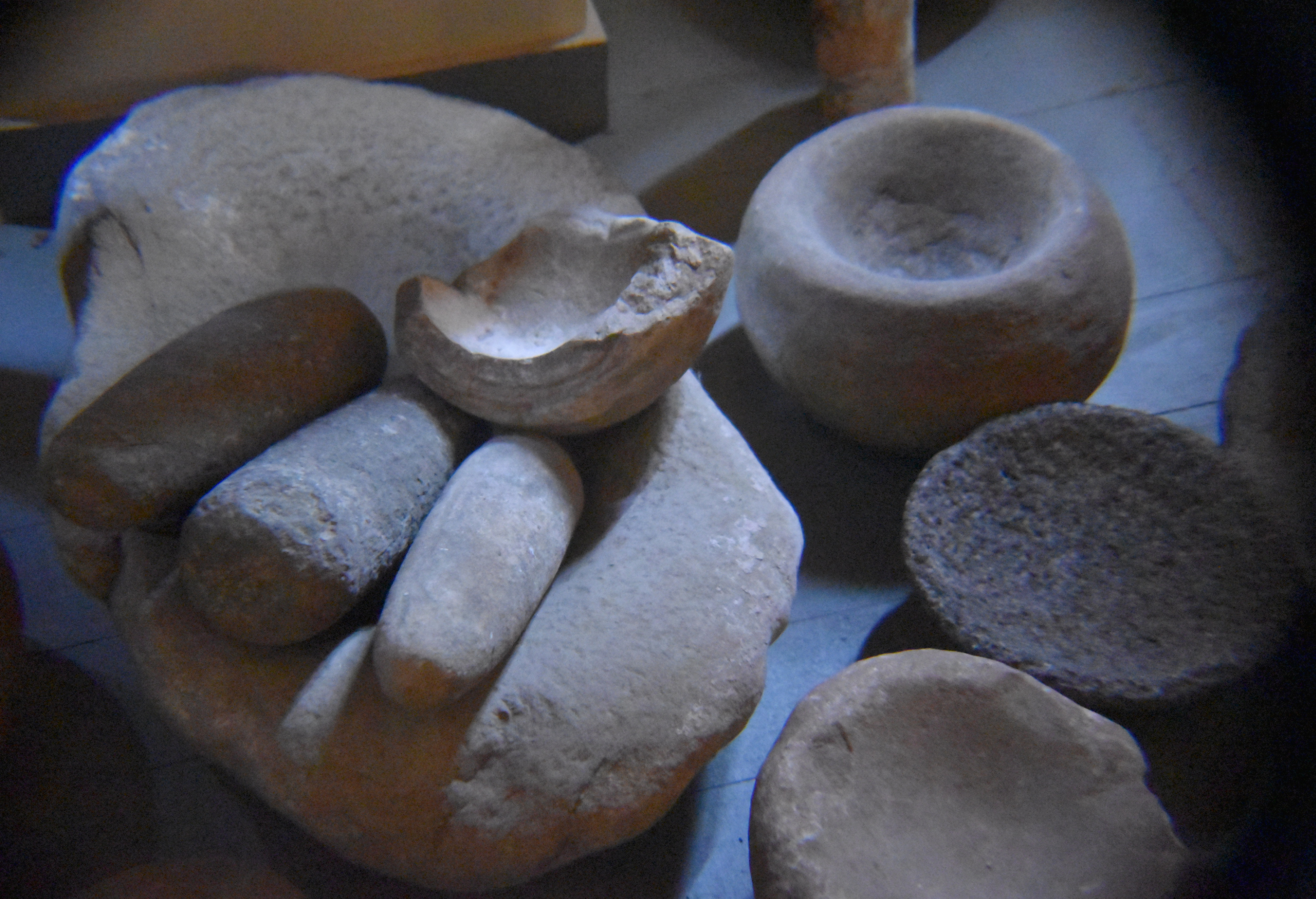 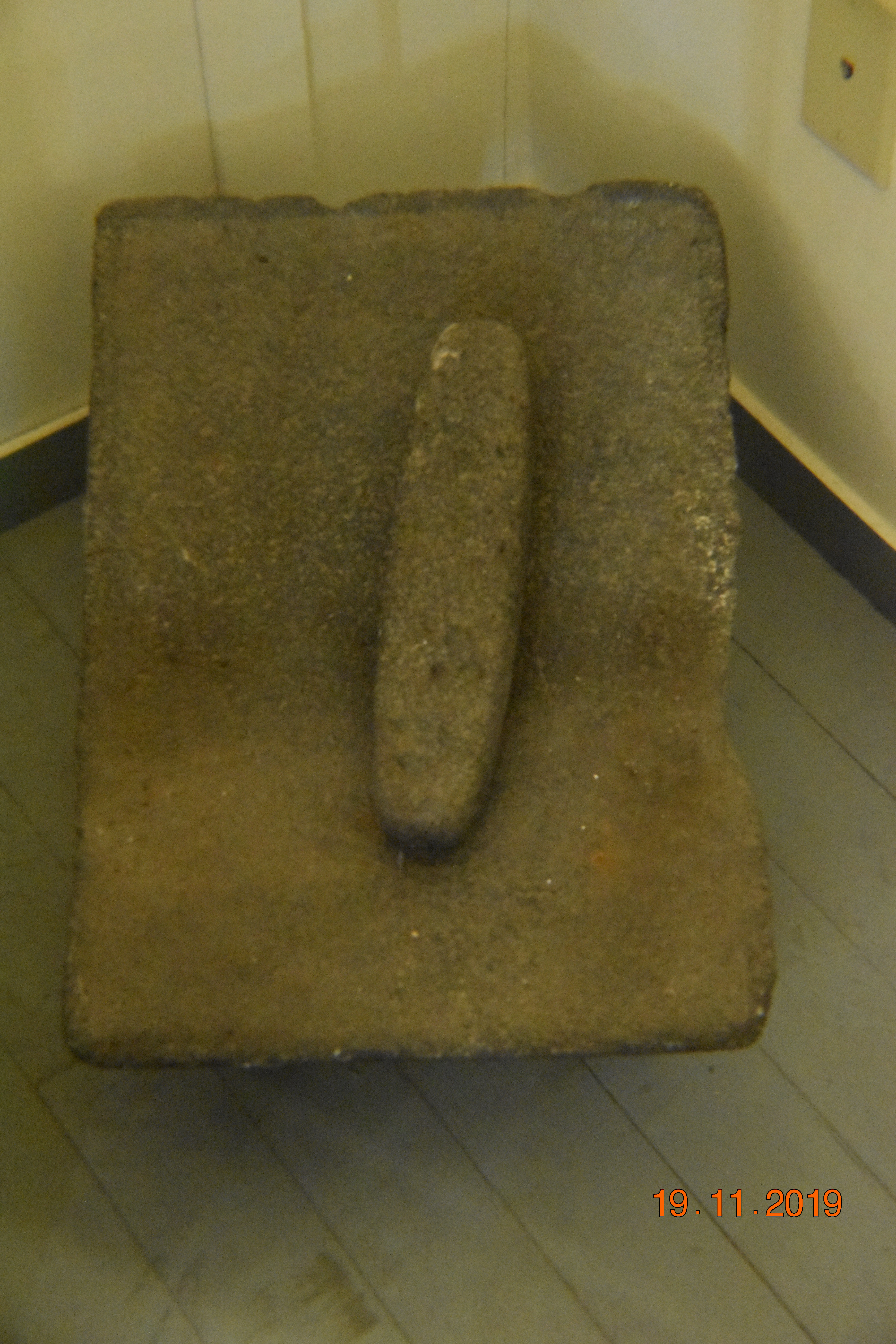 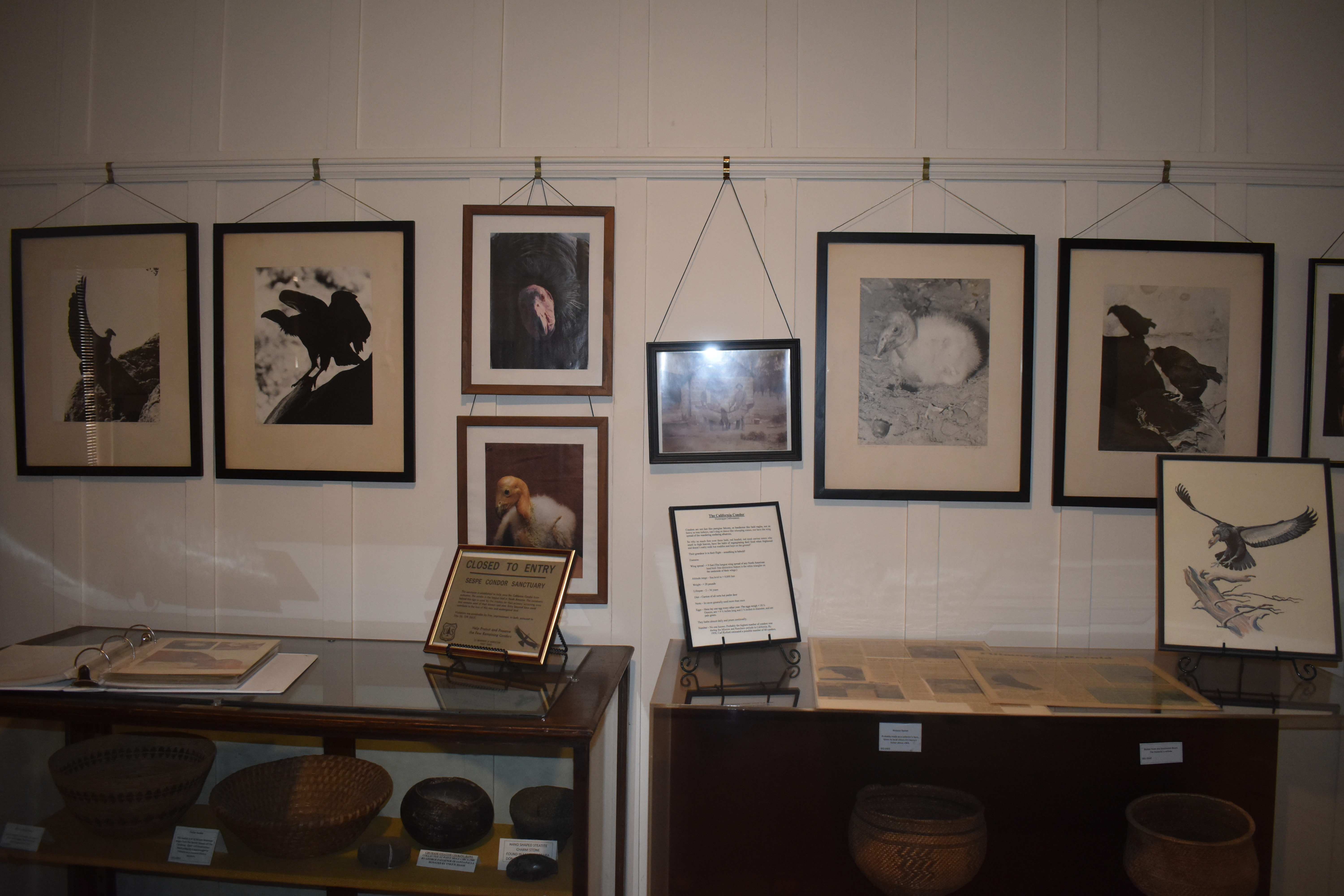 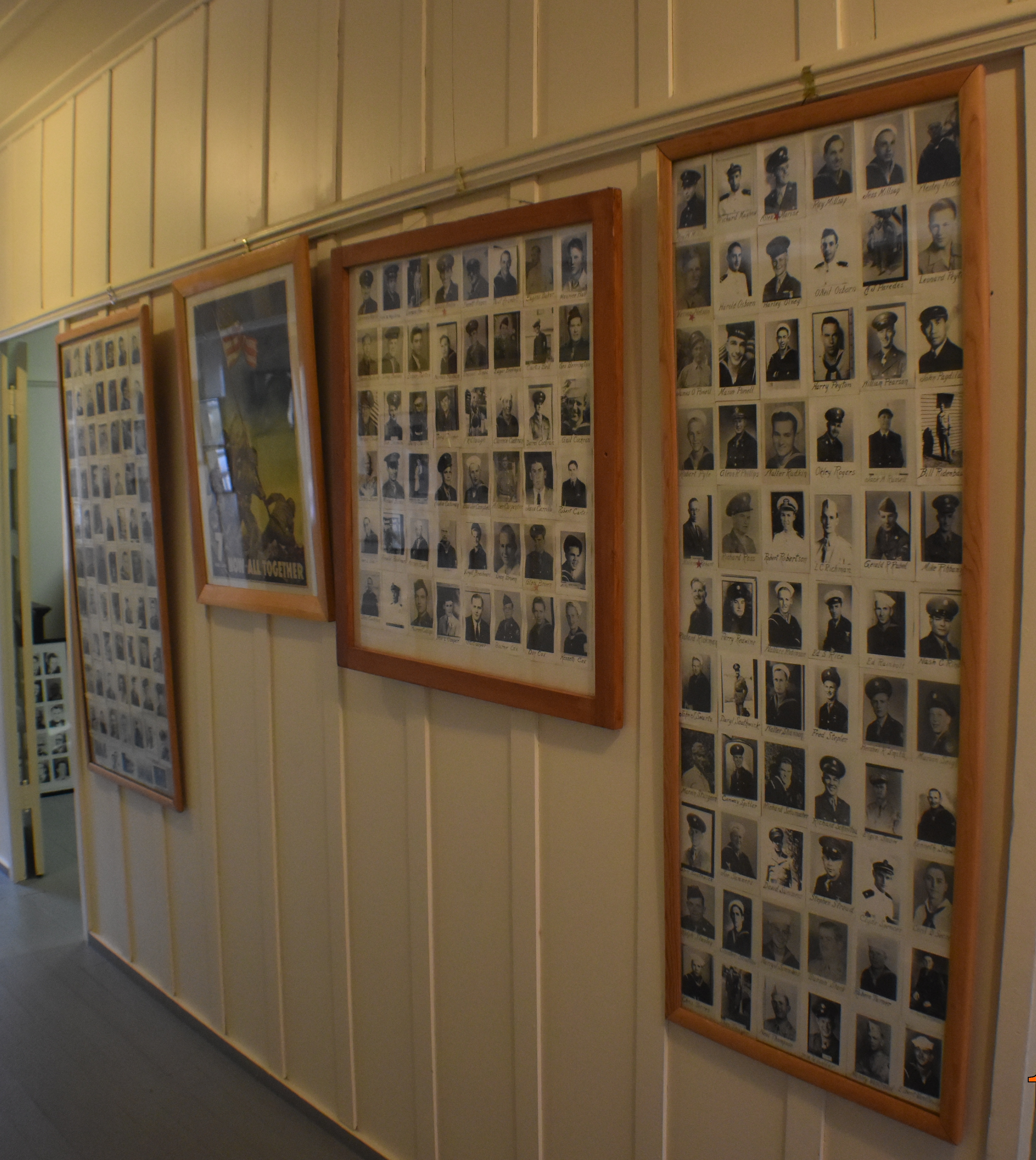 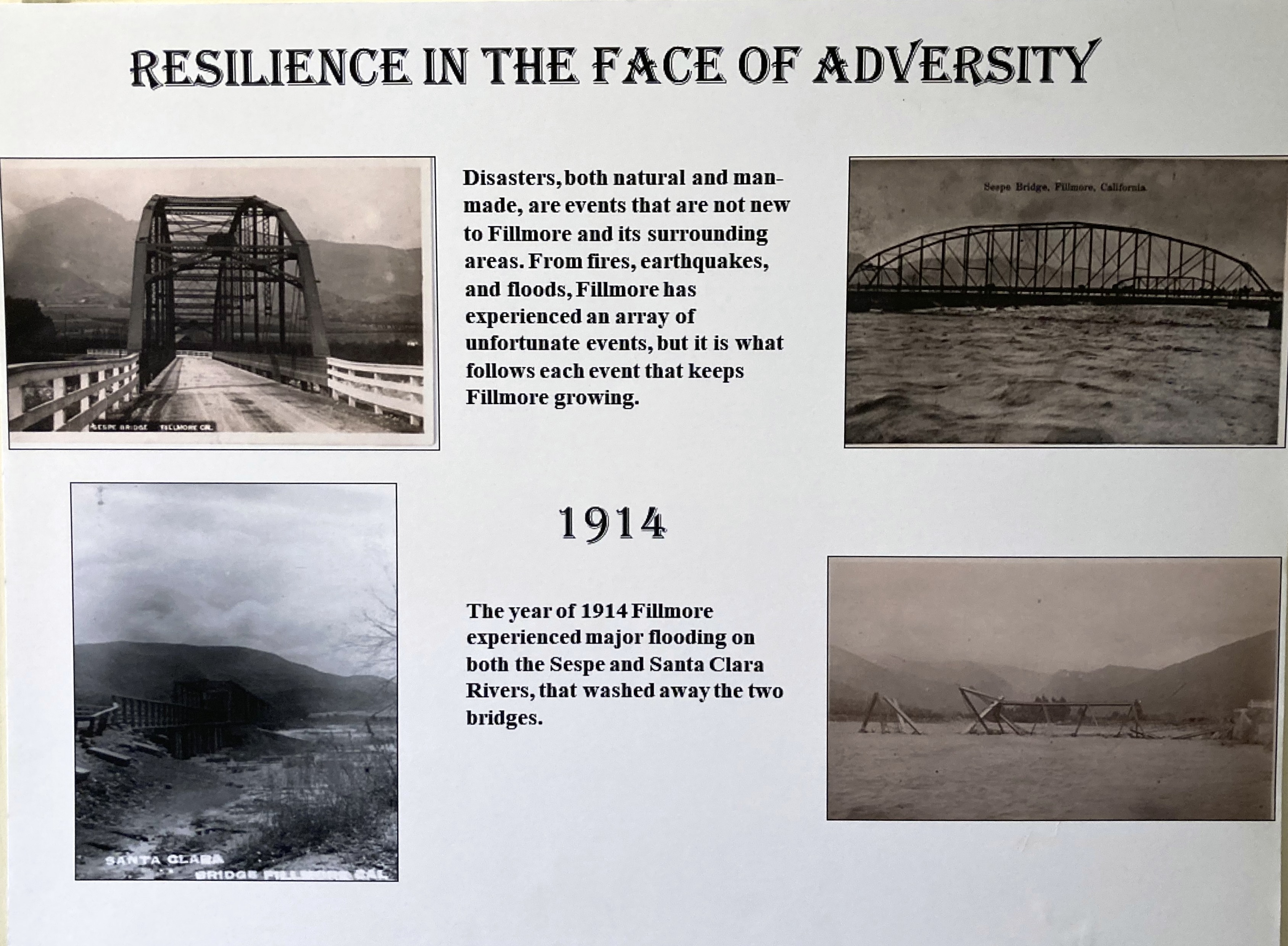 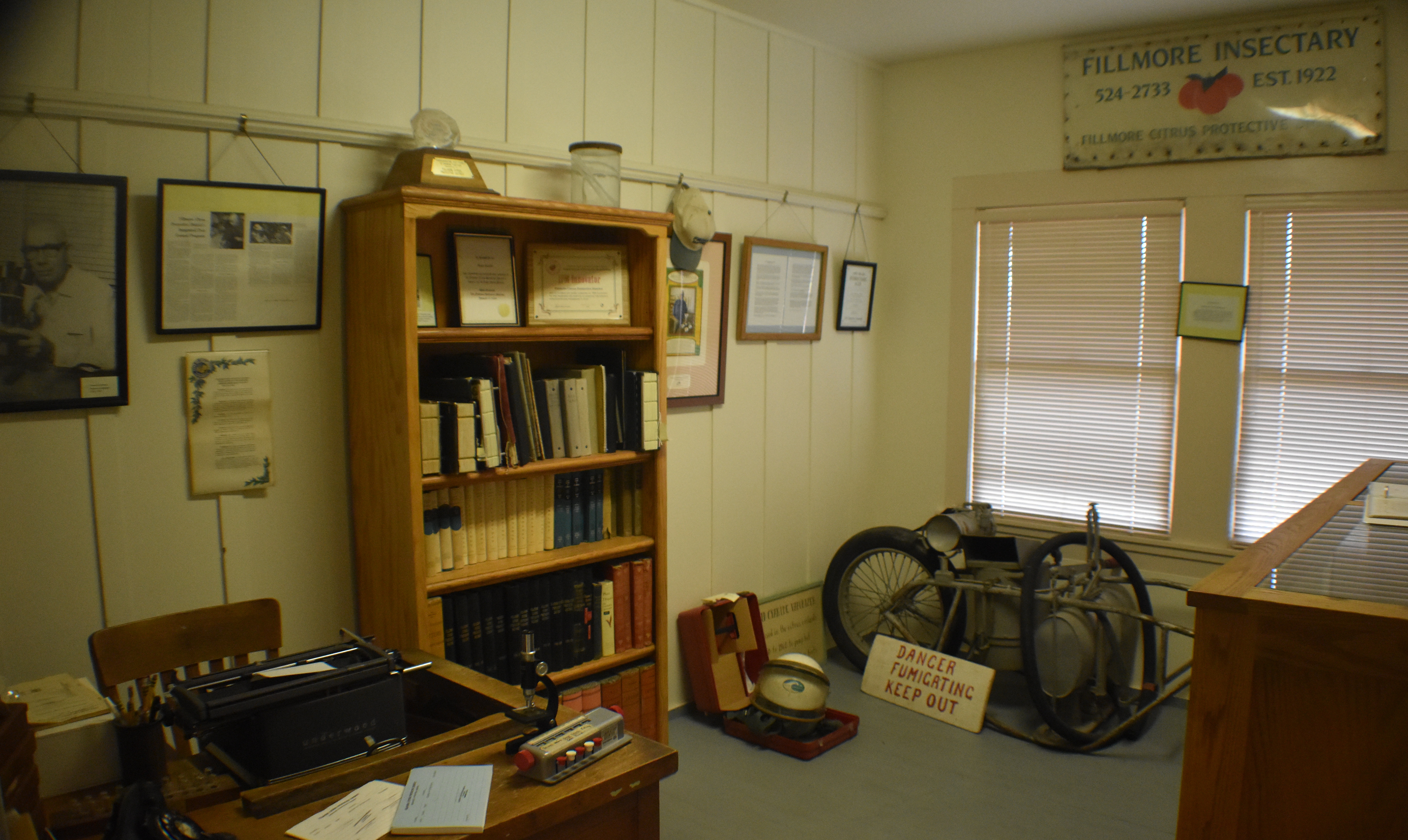 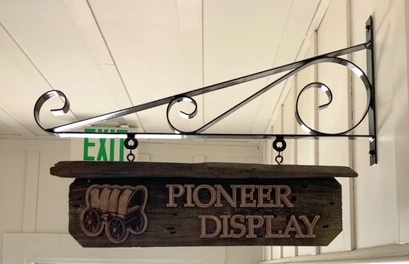 Upstairs Main Exhibit Room - Salute to Those Who Served 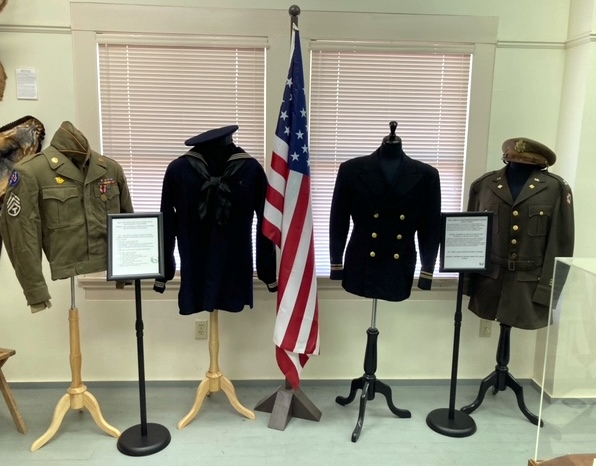 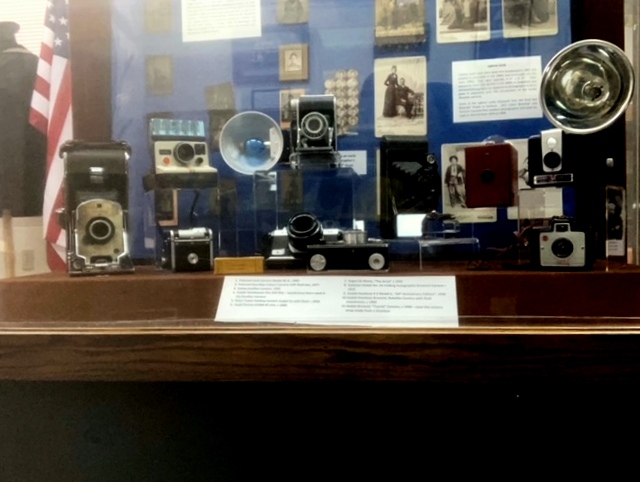 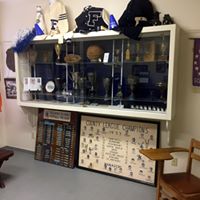 El Camino Real - the book behind the Museum 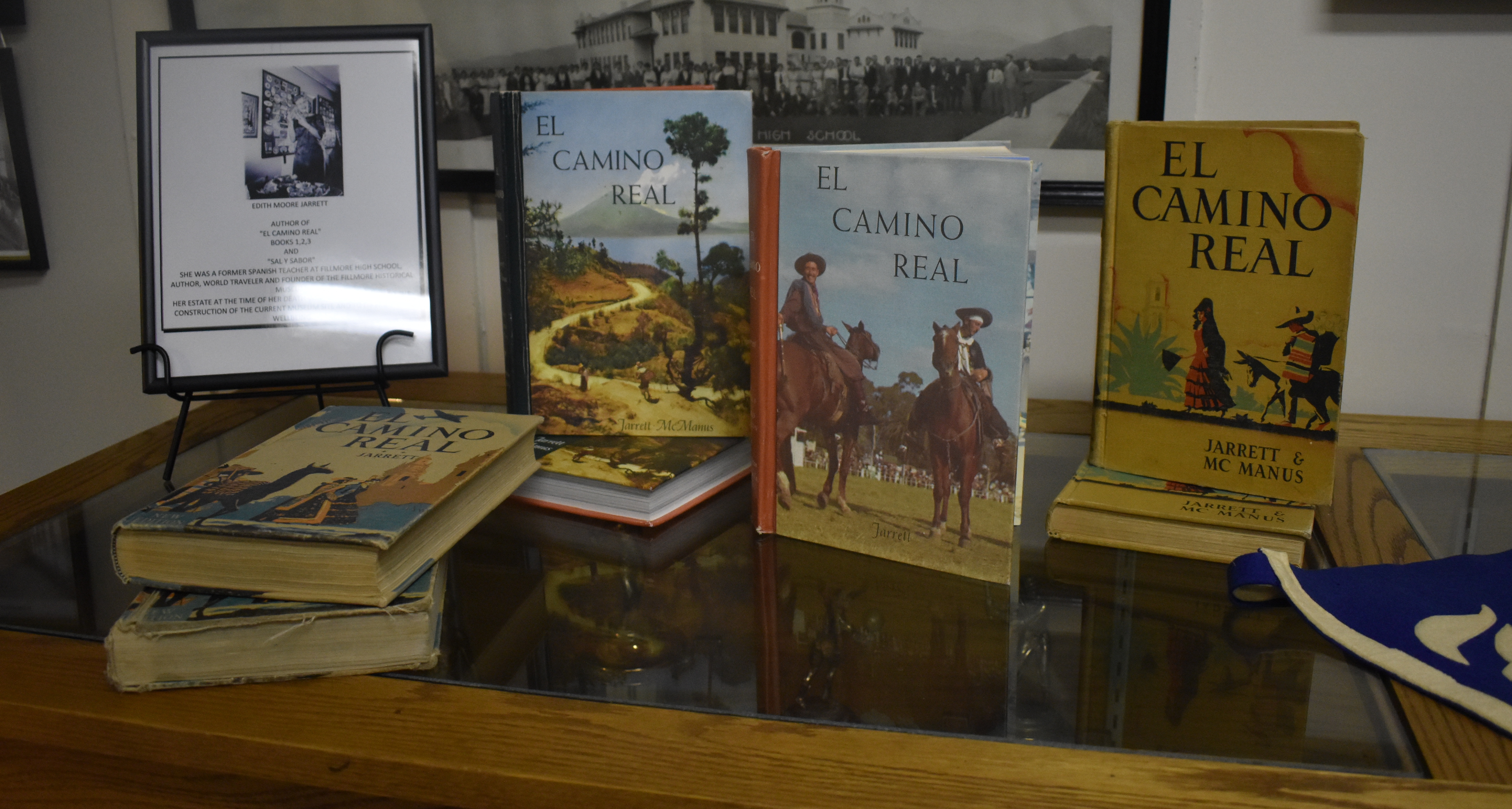 Coming Soon To A Theater You: Santa Clara Valley in The Movies 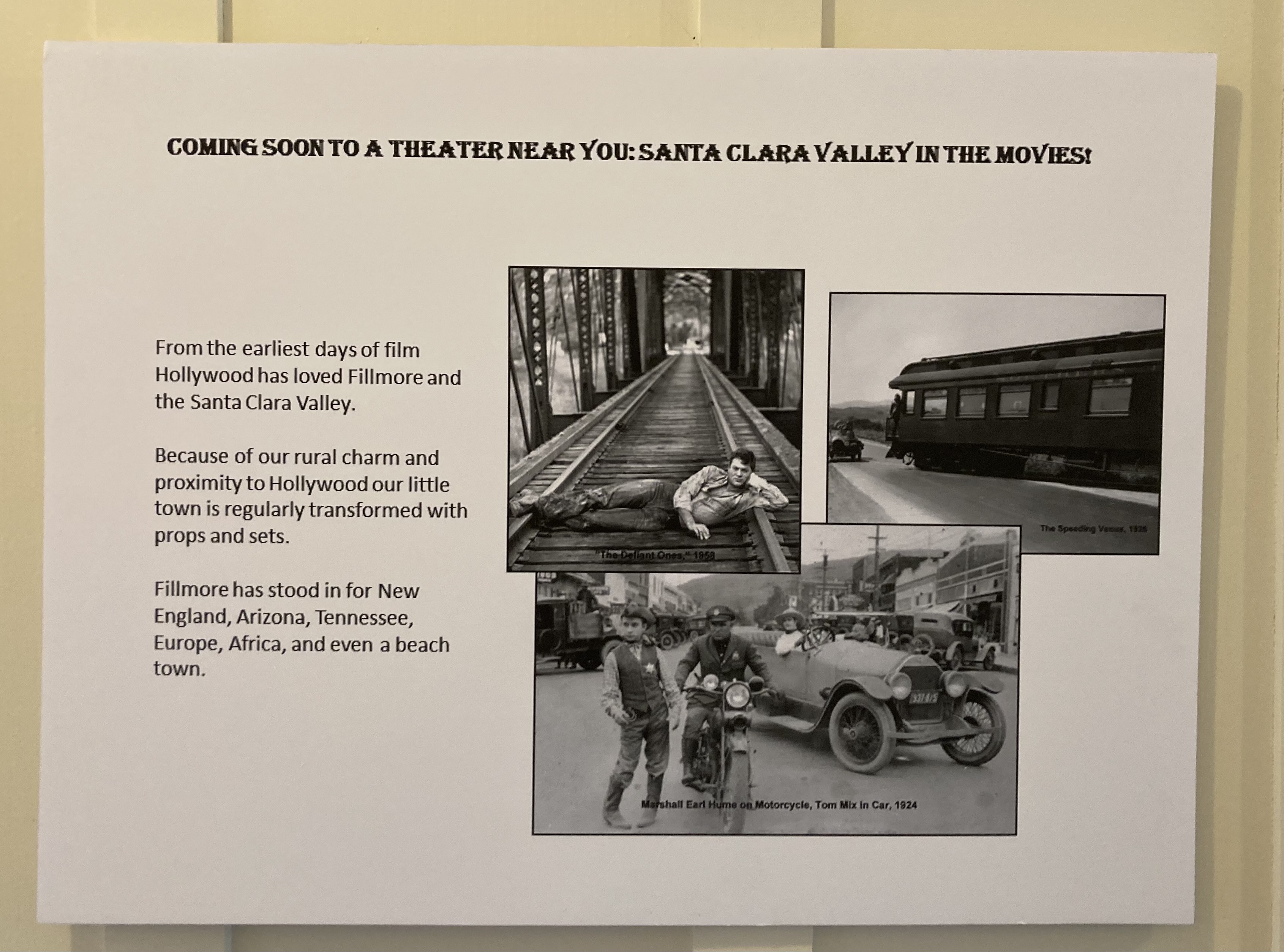 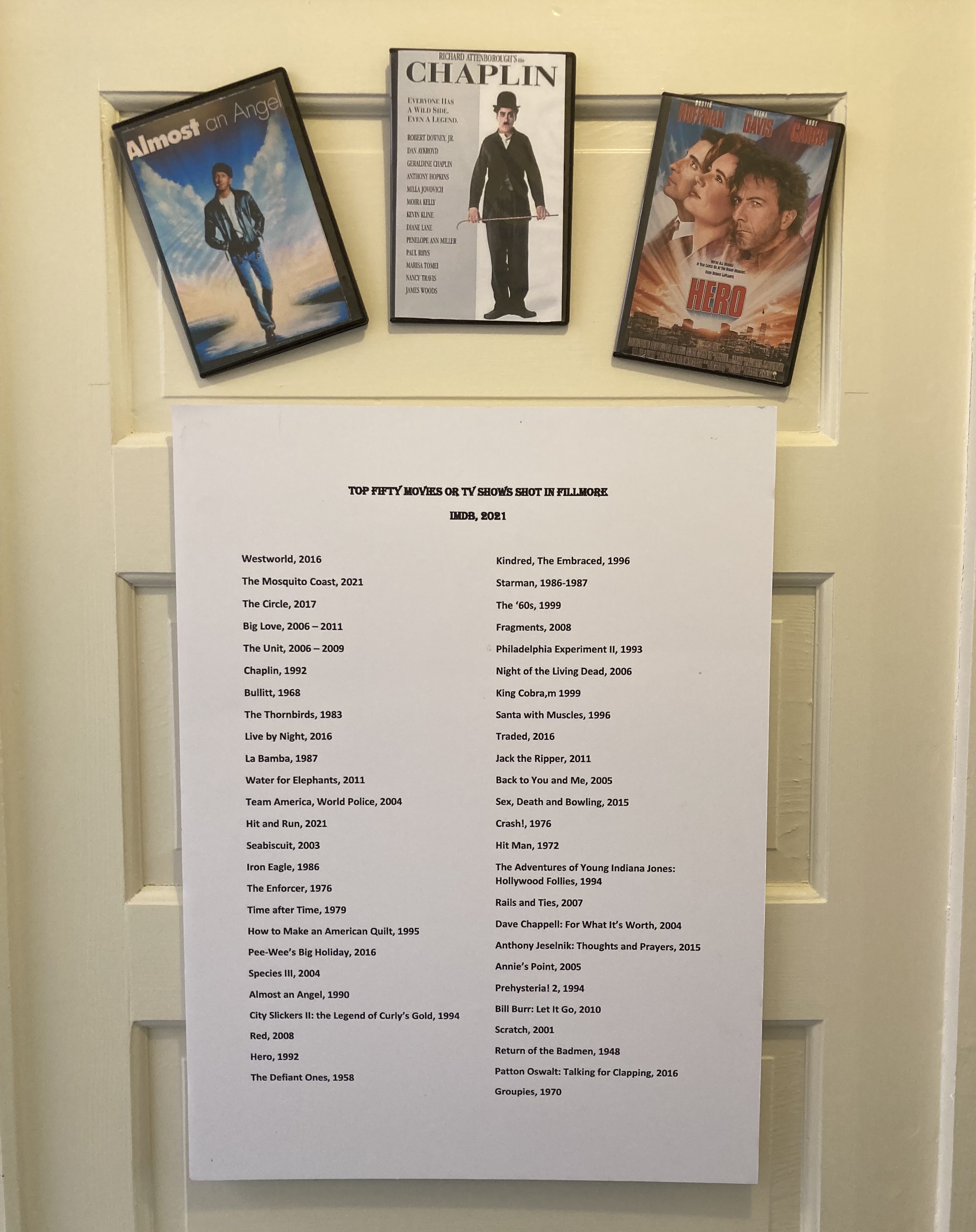 The Rancho Sespe Bunkhouse contains the core of the Museum's exhibits. Everything on display has been donated to the Museum by local residents. Each of the smaller rooms would have been one ranch workers living quarters. There was a separate dining hall and bath house. A few of the rooms have been combined to allow for better display of our collection.

In the dress room you will see clothing and accessories which span the late 19th century through the mid-20th century. Some items of particular note include early 20th century bathing costumes and a display of vintage purses. You will also find a Regina Music box from 1902 which originally graced the Star Vaudeville Theater in Fillmore. It plays 27” metal disks.

The early history of Rancho Sespe is reflected in the story of T. Wallace More who bought the Rancho from Don Carlos Antonio Carrillo’s heirs. In a dispute over land ownership and water rights, More was murdered. Morton Hull purchased a major portion of the Rancho from one of More’s heirs and this eventually was owned by his daughter, Eudora Hull Spalding. The “Rancho Sespe” room gives a glimpse into the workings of Rancho Sespe when it was owned by Eudora Hull Spalding. The Ranch concentrated on citrus and cattle during this period

Education was of great importance to the settlers in the Santa Clara River Valley. Grammar schools were built throughout the area including Bardsdale, Sespe, Willow Grove and Buckhorn, to name just a few. The School Room provides a glimpse into these school and some of the students who attended them. Children’s toys and games including stereopticons are also on display.

Exhibits of Native American baskets, stone tools and arrowheads can also be seen. Many of the stone tools were found by local ranchers as they plowed their fields.

A display telling of the resurgence of the California condor can also be seen. The Sespe Condor Sanctuary is only a few miles from the Museum in Hopper Canyon.

Also on the main floor of the Bunkhouse is the Ynez Haase Library which is available to researchers by appointment. Ynez was a Fillmore native, writer and cartographer who was instrumental in the development of the Museum.

On the second floor of the Museum are a variety of of exhibits. The Pioneer Room features photographs of early settlers of our area as well as a video which includes background on the families who settled our area. Displays tell the story of early agriculture in the Valley as well as Sespe Brownstone and the development of the oil industry.

In the large exhibit room, visitors will see displays on the importance of hunting to the survival of early settlers. Additional displays tell the story of Fillmore's involvement in both World Wars and the local police and fire departments. The south end of the room includes displays on early entertainment such as the Fillmore Citrus Association Mexican Band and locally written music. Early radios, television and vintage cameras are on display. A working Edison Cylinder player and table top Victrola can be heard.

The Fillmore Protective District was organized in 1922 to assist in the eradication of red scale which was threatening the area’s citrus crop. Four years later it built an insectary for the purpose of raising wasps to control mealy bug. The insectary continued until 2004 developing a worldwide reputation for development of beneficial insects to control pest. A room is dedicated to the history and successes of the insectary.

Of interest to the locals is the High School room with photos, memorabilia and Copa de Ora yearbooks from 1913 through to the present. Alumni and their children can page through the books recalling memories from the past.

Also on display are several volumes of ­El Camino Real, a text book written by Edith Moore Jarrett, the founder of the Fillmore Historical Museum.

The upstairs hallway features a look at this history of the oil industry and Fillmore Refinery. Fillmore's history as a location for movie filming since the early days of Hollywood is also featured. Finally, the natural and man-made catastrophes which have impacted the area and shaped its character are shown.