Now home to the local branch of the Social Security Administration, the former United States Post Office building is an important landmark in Port Angeles. Architect J.A. Wetmore designed it the structure which was completed in 1933 and combines the Georgian, Renaissance, and Federal Revival styles of architecture. Notable features of the building include a red-brick exterior with columns of cream-colored stones (called "quoins"), a prominent main entrance with rusticated sandstone columns, and arched windows on the first floor. The old building is also significant as it is a physical reminder of the federal government's presence in Port Angeles. The building was added to the National Register of Historic Places in 1983 for its architecture and impact on the community. It is also referred to as the Federal Building.

Also known as the Federal Building, the old United States Post Office building was constructed in 1933. It is know home to the Social Security Amnistration. 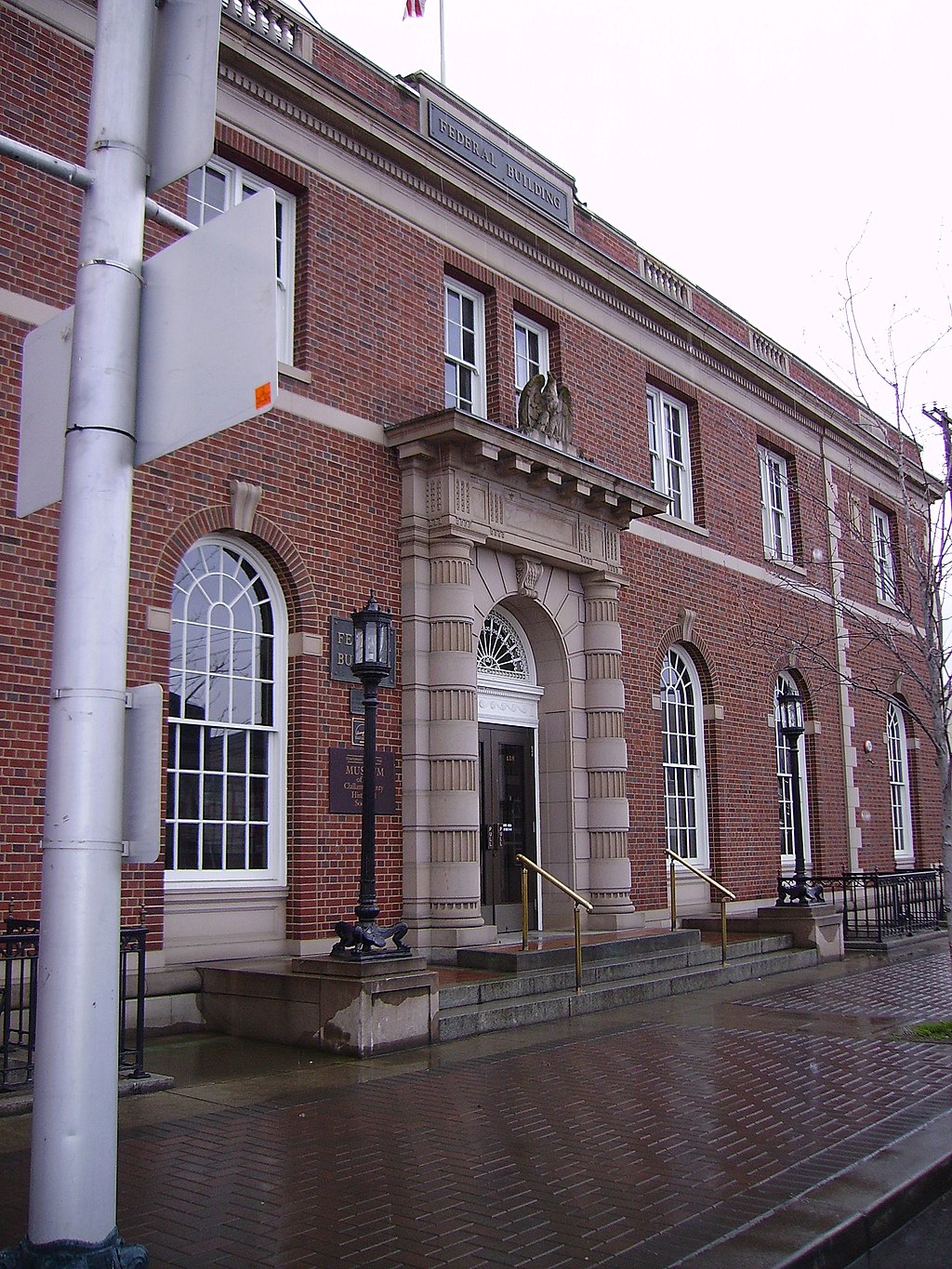 Port Angeles had ties to the federal government even before the city was incorporated in 1890. In 1862, President Lincoln declared 3,520 acres around Port Angeles harbor a federal reserve for military purposes and to build a lighthouse and post office. The site was also given the status of being the "Second National City" (the first was Washington D.C.). Some of the land was meant to be sold to raise funds for the Union during the Civil War. However, not many lots were sold (just $4,2570 worth) in an auction in 1864 and that promised post office was never built.

In the years that followed, there was little incentive for settlers to come to Port Angeles (there was essentially no land to buy outside of the immediate town site) and those who trespassed in the reserve could be arrested. Eventually, squatters moved into the reserve in 1890 and the next year it was finally officially opened up for settlement.

Port Angeles grew steadily thereafter, thanks in part to the lumber industry. Citizens began to call for a post office in 1913 but they had to wait until 1931 for construction to begin. Interestingly, the plot on which the building now stands was one of the few leftover from the original federal reserve. Post Office operations continued in the building until 1978. By that point, it was too small for the city and a new one was built. It is unclear when exactly the Social Security Administration moved in.