Built in 1717, nearly half a century after the initial French settlers crossed through Indiana creating paths from Ontario to New Orleans, Fort Ouiatenon was constructed by French soldiers due to its location along the banks of the Wabash. Near what is now Lafayette, Fort Ouiatenon was created to keep British influence away from the Wea Tribe who had a nearby village and would serve as a hub for the fur trade and as an active fort in the region of New France for years to come. 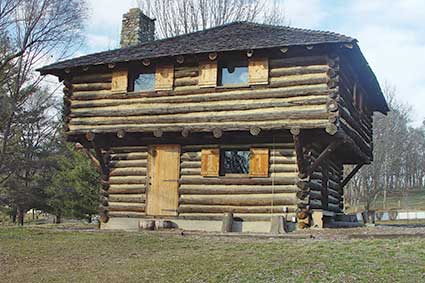 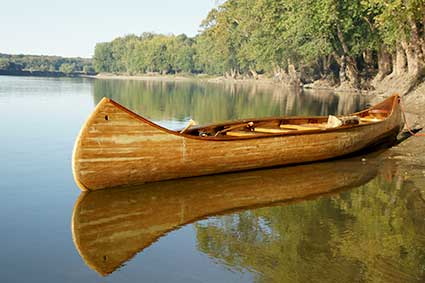 The first of the three forts constructed in Indiana by the French, Fort Ouiatenon started as a palisade made by four french soldiers on the banks of the Wabash. The site would come to play a major role in French military and trade influence in what would become the Northwest Territory, and was known to the French as "the finest palisaded fort in the upper country". The fort's location on the Wabash would help lead to the establishment of the fort and settlement of Vincennes to help hold the vital river to the France's trade with tribes in the area. At its peak, the fort and its surrounding area was home from 2,000 to 3,000 French and Native American residents from the Wea tribe, with the French settling the north side of the river while Wea villages were on the southern bank. One of the main trading partners of the French, the Wea had a strong alliance and relationship with French settlers and they used each other to expand their influence of the region. The French would describe the Wea as a people who took immaculate care of their villages, and noted that the villagers loved to dance and men often played sports with each other. They were thought to be a sub-tribe of the Miami, and numbered in the thousands at the time of French control of the region.

They would eventually come into conflict with the British who came into control of the forts after the French-Indian War, and would align themselves with the British later on to keep colonists from expanding into the region. The tribe would eventually be forced west from their homes, and be joined into the Peoria tribe on all official records, marking the formal end of the tribe and government recognition.

Last updated by Luke Dearinger (Instructed by eric sandweiss, Indiana University--Bloomington) on May 4th 2020, 4:13:14 am.