Alma and Almanaris springs were located on the grounds of the Park View Hotel, located on the Northside of St.Paul Avenue. This hotel would eventually become a home of the “Keeley Cure”, a nationwide treatment for alcoholics. There is some confusion as to whether or not there were actually two springs located on the property, as multiple maps and accounts only show one spring on the property, while others show that there were two springs. In either case, Almanaris spring would become yet another celebrated spring in Waukesha, with the water being sold and promoted as a cure for a wide variety of illnesses. 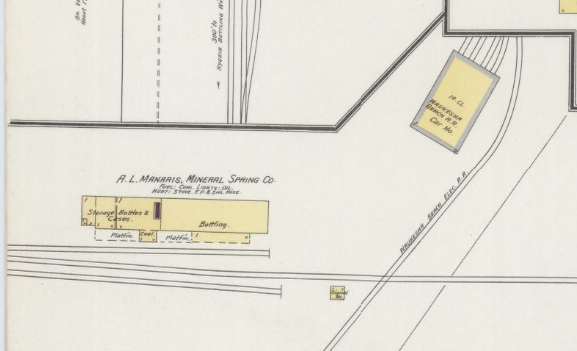 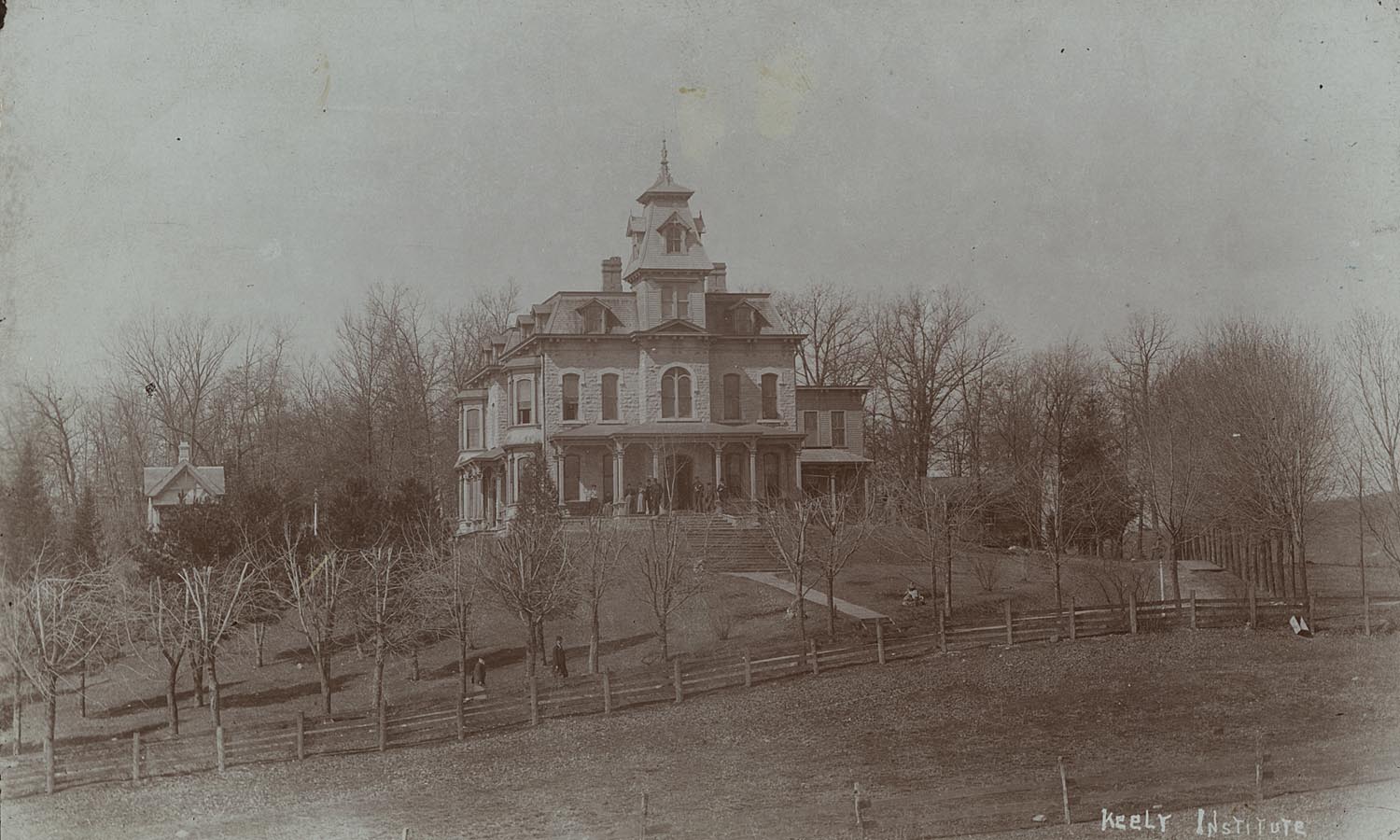 When the Park View Hotel opened its doors in the summer of 1881, there were two natural mineral springs located on the property. These springs were not yet named, but it was stated that the water from the springs was recognized as valuable for medicinal purposes, as was the case for most of Waukesha’s plentiful mineral springs. It wasn’t until around 1888 when the springs on the property were named and began to be developed. In that year, the Republican Freeman newspaper reported that the manager of Alma spring was shipping 10 barrels of water daily.

It is difficult to give a solid answer as to whether or not there were actually two springs on the property of the Park View hotel, as there are several conflicting accounts and sources. There are many maps that show only one spring on the property, and many others that show that there were two. In some maps, it was shown that a single spring on the property was named Alma, but in later maps, this same single spring was labeled Almanaris. In the 1907 Memoirs of Waukesha County, both of the springs were listed, seeming to confirm that there were in fact two separate springs.

Soon after, in 1892, The Park View hotel itself became the Waukesha branch of the Keeley Institute, a nationwide institution with the purpose of curing alcoholism. Almanaris spring continued to operate on the grounds, and patients of the Keeley Institute could freely make use of the spring. It was also published that Alamanaris spring water could be delivered fresh every morning to hotels and residences.

Disaster struck in 1904 when the bottling plant of Almanaris spring was completely destroyed in a devastating fire. The plant was rebuilt in 1905, about two miles Northeast, and used a different spring to supply the water for bottling. It was at this time that the original spring at this site stopped being used for Almanaris water and beverages.

At the new location, updated and improved bottling equipment was installed in the 1930s. The company was eventually bought out by Waukesha’s Bon-Ton Beverage Corporation but remained in business until 1948. The site on which the spring was located went through many changes and is now home to the Cooper Power Corporation, but the spring is not lost. Almanaris spring still flows from its tile-lined basin in the basement of the Cooper Power building. Although nothing of the original Almanaris spring remains on this site, The spring used by the company for 43 years at the second site still flows on.

Haight, Theron Wilber. Memoirs of Waukesha County: from the Earliest Historical Times down to the Present, with Special Chapters on Various Subjects, Including Each of the Different Towns, and a Genealogical and Biographical Record of Representative Families in the County, Prepared from Data Obtained from Original Sources of Information. Brookhaven Press, 1999.

From 1868 - 1914 the City of Waukesha was known for it's numerous healing springs, health resorts, and spas. This tour begins with the spring that started it all and explores several others in the immediate vicinity.