One of South Carolina's most influential voices in the push for widespread healthcare for minority populations, Dr. Matilda Evans (1872-1935) was the first African American woman licensed to practice medicine in South Carolina. Throughout her time as a physician in Columbia, S.C., Evans opened Columbia's first African American hospital, provided free healthcare and education to hundreds, provided crucial maternal and infant care to those in need during the Great Depression after the government cut funding for these populations, and volunteered for the Medical Service Corps in World War I, among other accomplishments. Today, Dr. Matilda Evans remains a powerful inspiration for all African American people pursuing careers in medicine, and all who attempt to make changes and provide compassionate practices to minority populations. A historical marker honoring Evans is now stationed adjacent to her historic home in Columbia, South Carolina.

One side of the historical marker. 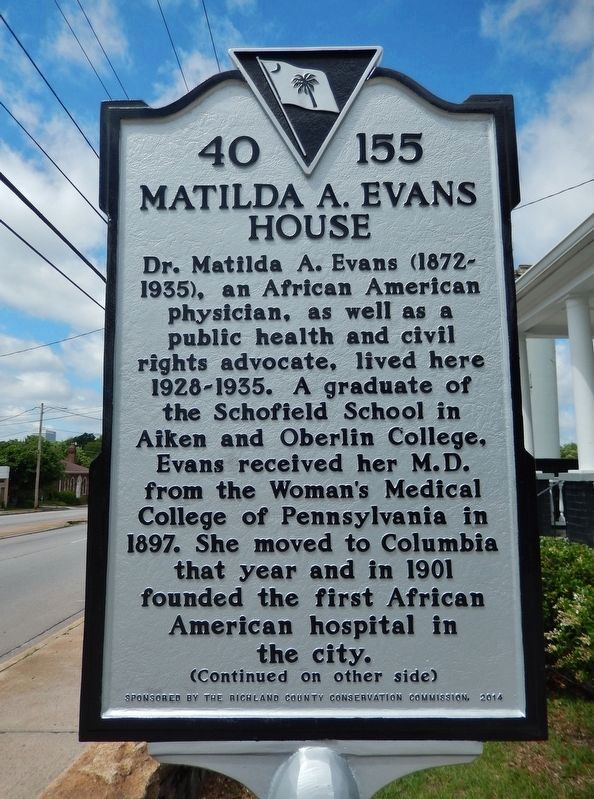 The other side of the historical marker. 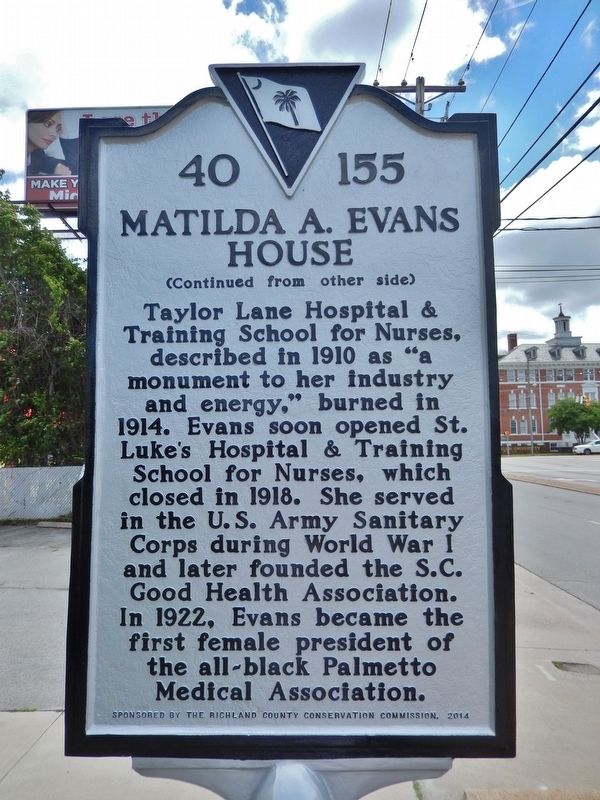 Dr. Matilda A. Evans's house, with the marker in view. 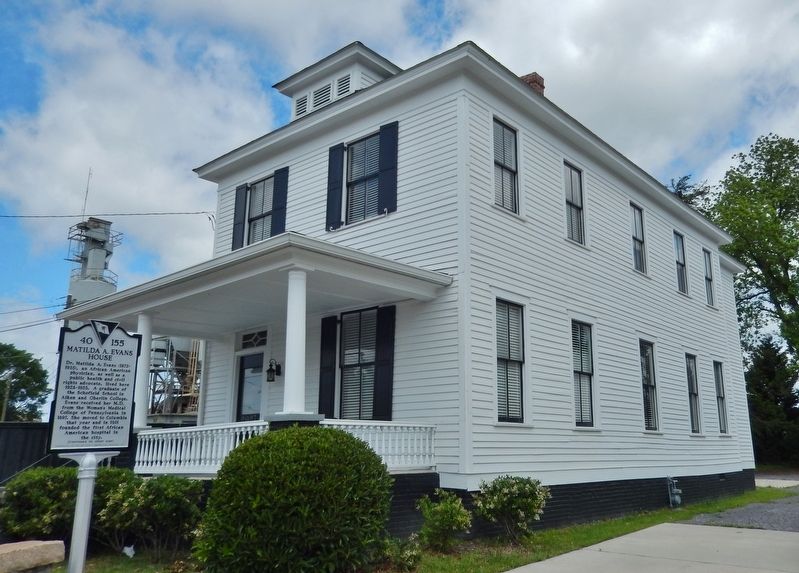 A picture of Dr. Matilda A. Evans. 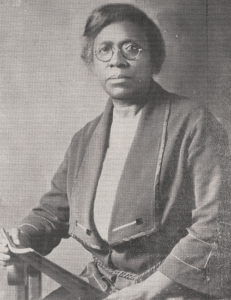 "I have solemnly sworn that Columbia shall have a clinic that shall in no way be inferior to any in all this country."

Dr. Matilda Arabella Evans (1872-1935) was born in Aiken, South Carolina on May 13th, 1872. Although there were many barriers that stood in her way, including pervasive racism and segregation, Evans was determined to receive an education. She eventually was granted entry into the Schofield Normal and Industrial School, where the founder of the school, Martha Schofield, encouraged Matilda to attend classes at Oberlin College. Martha Schofield played a large role in providing Matilda Evans the education that was largely denied to her peers. Due to these efforts, Evans later wrote a biography of Schofield in 1916, called Martha Schofield: Pioneer Negro Educator. This biography is linked at the bottom of this page.

Through her education at Schofield Normal and Industrial School and Oberlin College, Evans realized her interest in medicine. After graduating from Oberlin College, Evans taught at Schofield and saved money for the Women's Medical College of Pennsylvania at Philadelphia. Evans eventually saved enough money to attend this medical school, where she was the sole African American student in her class. After graduating from medical school in 1897, Dr. Matilda Evans decided to use her knowledge of medicine and healthcare to improve the lives of South Carolina African Americans, who were largely denied these basic services, and thus suffered high mortality rates. When she started practicing in Columbia, South Carolina, she became Columbia's first female physician.

Initially, she treated both black and white patients in need at her home located in Columbia, South Carolina. During this time, she organized the Columbia Clinic Association. In 1901, Evans decided to discontinue her private practice to establish and serve as superintendent for the Taylor Lane Hospital and Training School for Nurses, Columbia's first black hospital as well as one of the first hospitals which largely focused on training African American nurses. Evans's efforts to bring healthcare to the needy populations surrounding her was a huge success, as patients came to her hospital from various states, including North Carolina and Georgia. Evans's hospital practices were progressive and compassionate, as her clinic provided patients access to free healthcare and education. The hospital offered a number of services which were not readily available to impoverished people in the South at the time, including dentists' visits and vaccinations. Her generosity knew no bounds, as she paid for the examination of all African American public school students and pushed for regular physicals to be instituted in these schools. Along with her implementation of revolutionary practices at the Taylor Lane Hospital and Training School for Nurses, Evans also established the Negro Health Care Association of South Carolina, whose mission focused on placing a black nurse in each county.

When the Great Depression began, Dr. Evans began to concentrate her efforts on providing maternity and infant healthcare due to the lack of federal funds for those areas. To address these issues, Evans applied the funds provided by African American businessmen to opening the Evans Clinic in Columbia in 1932. Along with the help of S.C.'s State Board of Health and the Richland County Health Department, Evans was able to provide regular clinic hours to her patients. Her walk-in clinic and hospital were the first of these practices to have been provided to African Americans living in the Deep South.

Dr. Evans went on to benefit those seeking medical care in a number of different ways. She served as the first female president of the Palmetto State Medical Society as well as the Colored Congaree Medical Society, and created a weekly paper, The Negro Health Journal of South Carolina, which educated families throughout the state on proper healthcare procedures, among other feats. She also sought and provided financial support for a number of African American women to attend medical school. Throughout her significant contributions to Columbia, South Carolina and the overall state of healthcare given to minority and needy populations, Evans raised her sister's five children. On November 17th, 1935, Matilda Evans passed away in Columbia, S.C. She is now buried in Columbia's Palmetto Cemetery.

Today, Dr. Matilda Evans's former home and historical marker stationed outside it are reminders of all the Evans gave to minority populations in South Carolina and our healthcare system overall. The house is a two-story home built in the Colonial Revival style that was common in the time period. Many of the original features of the home have been preserved due to efforts by local historians. Evans worked out of this home for a number of years during her time spent in Columbia, S.C. Evans's home was placed on the National Register of Historic Places in January of 2019, and the historic marker honoring Evans's legacy was erected in March of 2019, largely due to the efforts of history professor at Clafin University Kathryn Silva and students at the University of South Carolina.