Sketch of the hospital dated August 1876. 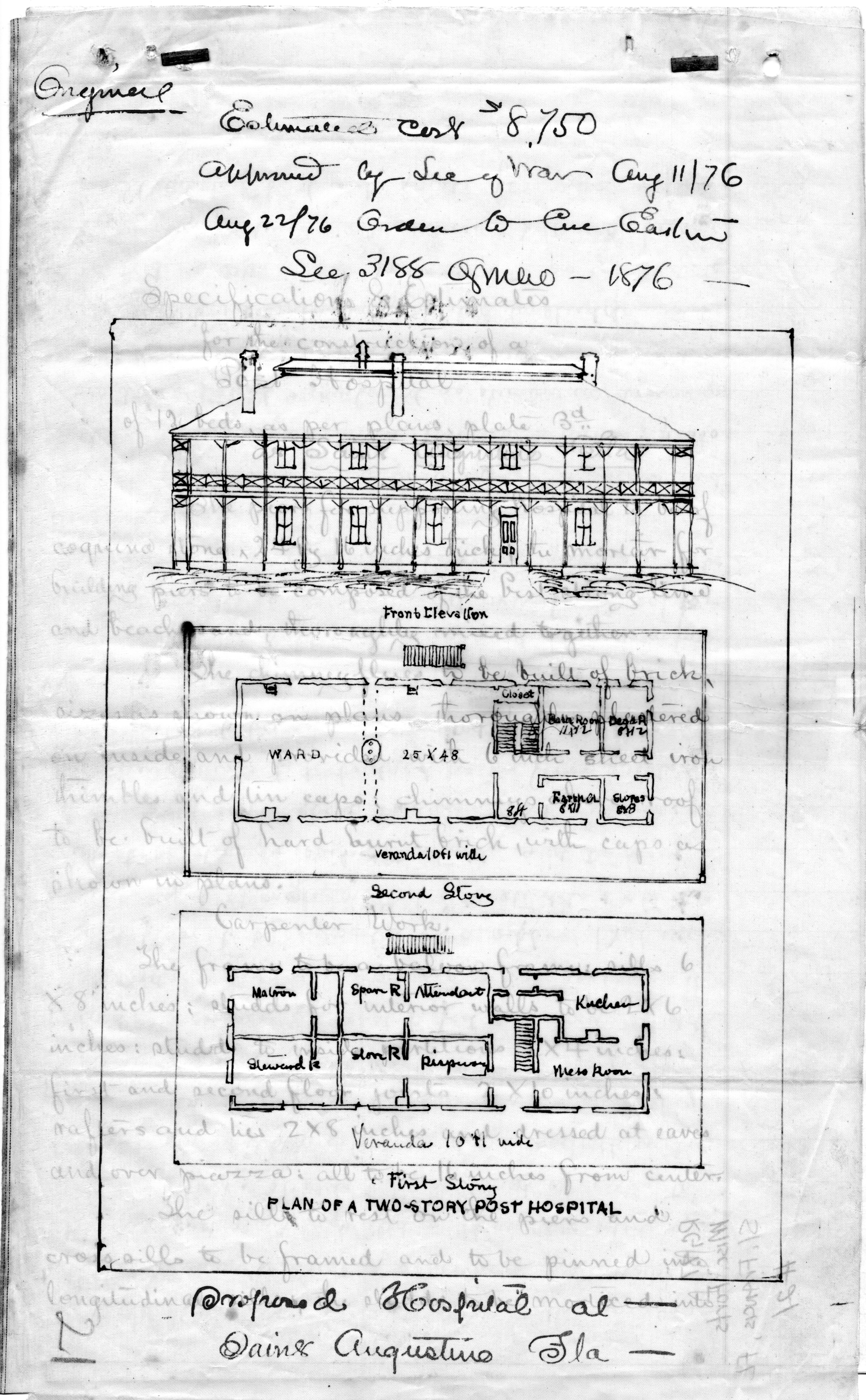 The old military hospital known today as “Villas on the Bay,” 105 Marine Street 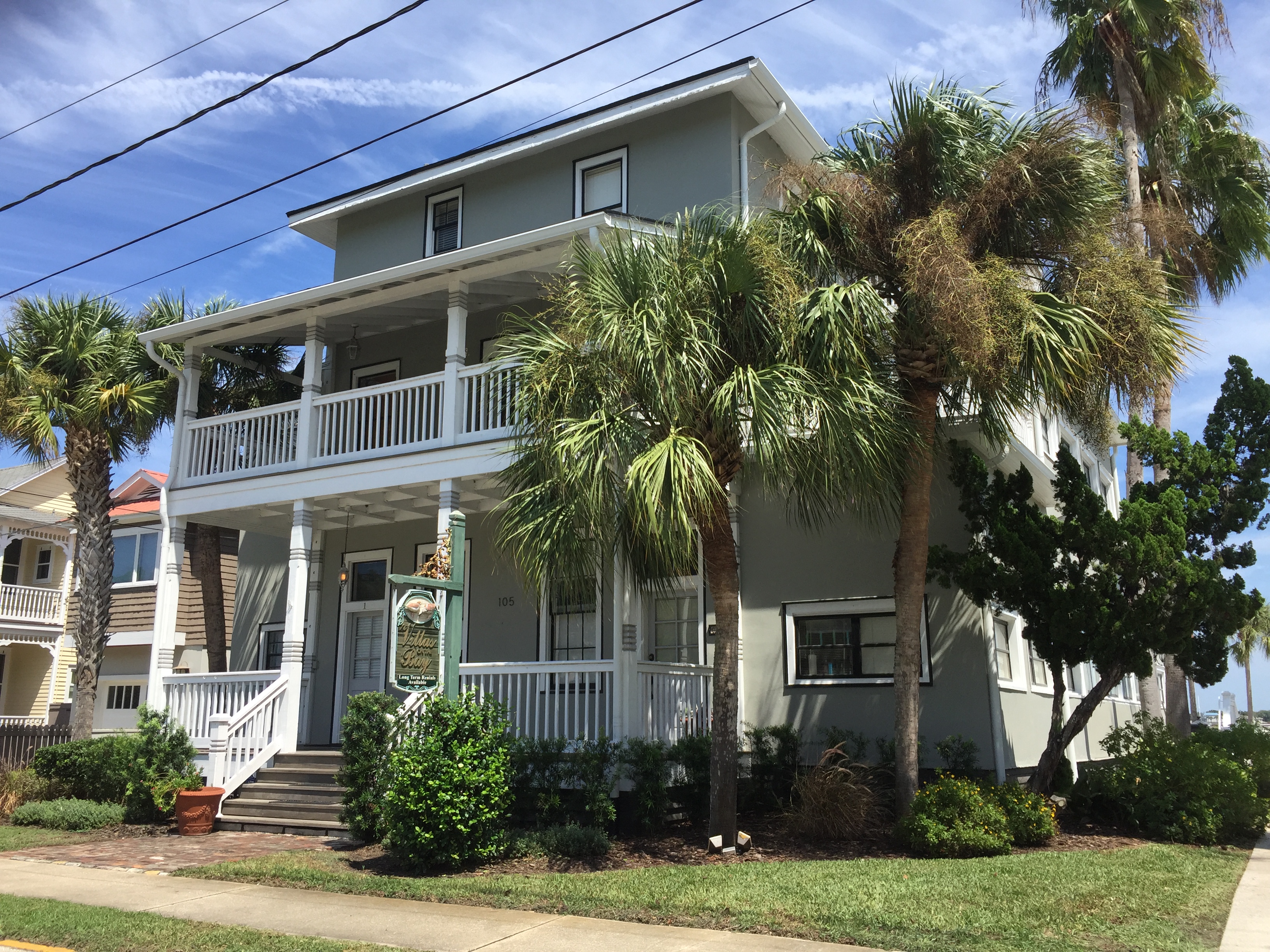 “Villa on the Bay” previously the military hospital, in its current location, 105 Marine Street. Picture taken from Charlotte Street, a street parallel to Marine Street but on the other side of the National Cemetery. 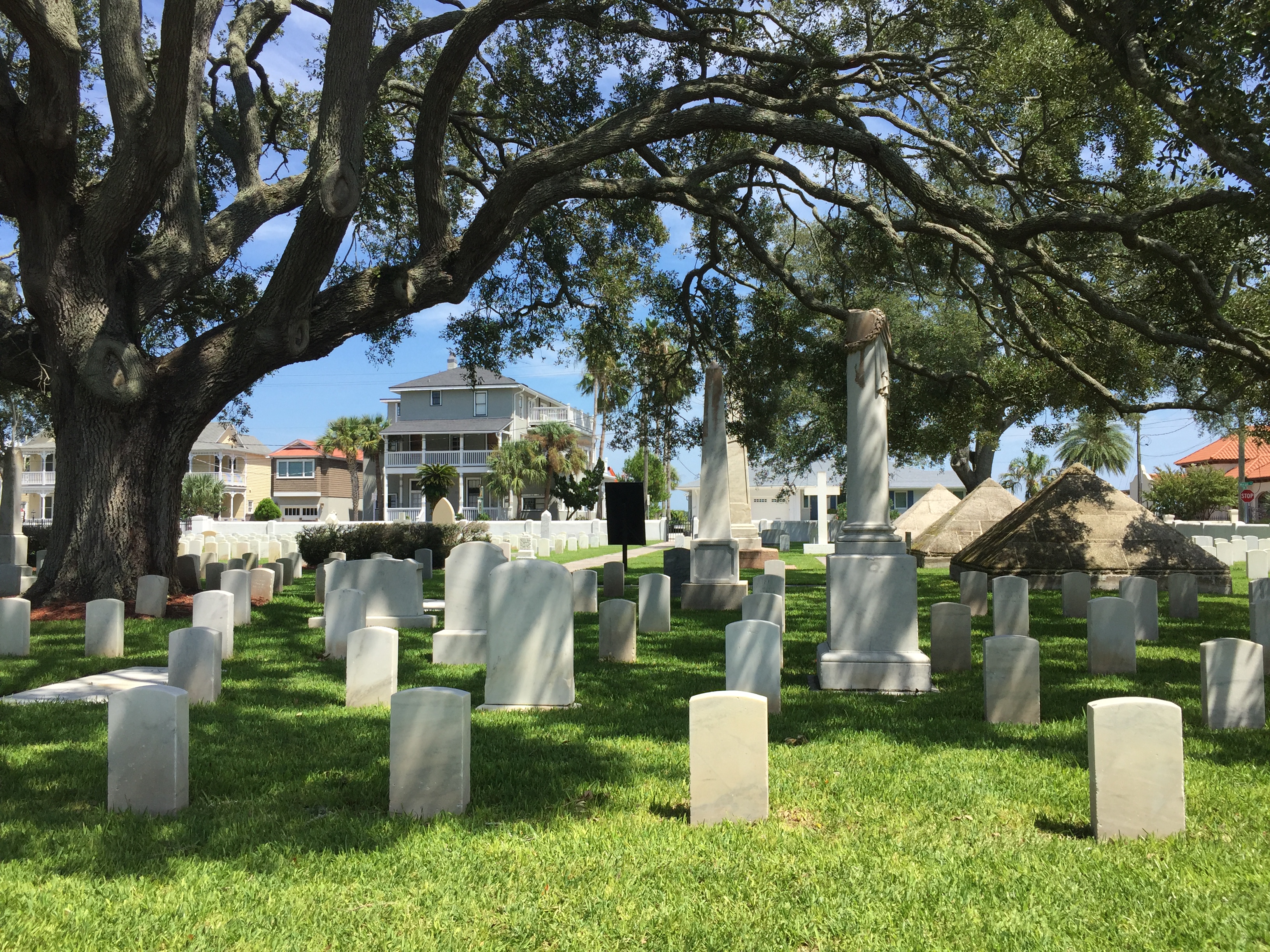 The ground where stands the St. Francis Barracks was first occupied in 1588, by Franciscan friars who established a convent known as Convento de la Conception Inmaculata. In the course of the next hundred and fifty years, the convent burned down and was rebuilt several times, and with the change of nationality, the building also went from a religious purpose to a military post. St. Augustine changed hands from the Spanish (1565-1763) to British (1763-1783), back to the Spanish (1783-1821), before becoming United States territory in 1821.

In the late 1760s, the British Army added a bakery to the St. Francis Barracks to supply bread to the troops. The building named the old King’s Bakery was (and still is today) located across from the barracks, along the Matanzas Bay. When the U.S. Army took control of St. Augustine, the St. Francis barracks remained a military post, and the old King’s Bakery became the military post hospital. It was used especially during the Second Seminole War (1835-1842) to care for the soldiers.

During the Civil War, the wounded and sick soldiers stationed at St. Augustine exceeded the old King Bakery capacity. In response to this situation, the Army requisitioned several houses through the city and turned them into military hospitals. It was only after the war that the news mentioned a new hospital. The St. Augustine Examiner, on June 8, 1867, reported: “The work on the Barracks is becoming rapidly brought to completion, and the new Hospital, just South of the above building, will soon be finished.” A sketch (that you can see in the below illustrations) dated from 1876, shows details of the façade and its inside organization.

In 1881, the cemetery post acquired the status of a National Cemetery and went through a series of restorations to fit the image of a national sacred ground. More and more burial requests came, especially after the Spanish-American War, and the cemetery was getting too full.

In the meantime, in 1900, the St. Augustine military posted was decommissioned, and the hospital closed. 1904 and 1910 surveys listed the building as vacant. Finally, in June 1913, the St. Augustine Evening Record announced that “George Corbett had purchased from the government the old military hospital near the barracks and adjoining the National cemetery. Mr. Corbett will move the building over on to his boathouse lot and will probably soon transform it into an attractive and commodious residence. The building is two stories height and built out of the best of material…The government disposed of the building in order that the national cemetery may be extended to include the lot upon which it stood.”

By 1917, the hospital was moved across the street and turned around ninety degrees to fit in the narrow lot. Then, between 1917 and 1924, George Corbett enclosed the porches around the building, raised the house from two to three stories, covered the wood siding with Stucco and finally turned the building into an apartment house, the Velrica Apartments. George Corbett's vision for this building is still up to date, as today the apartment house still exists as the Villas on the Bay.