The Cenotaph in London, England. The Victoria Park Cenotaph was designed as a smaller replica of this monument. 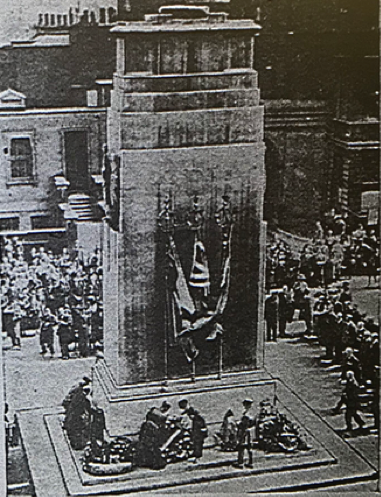 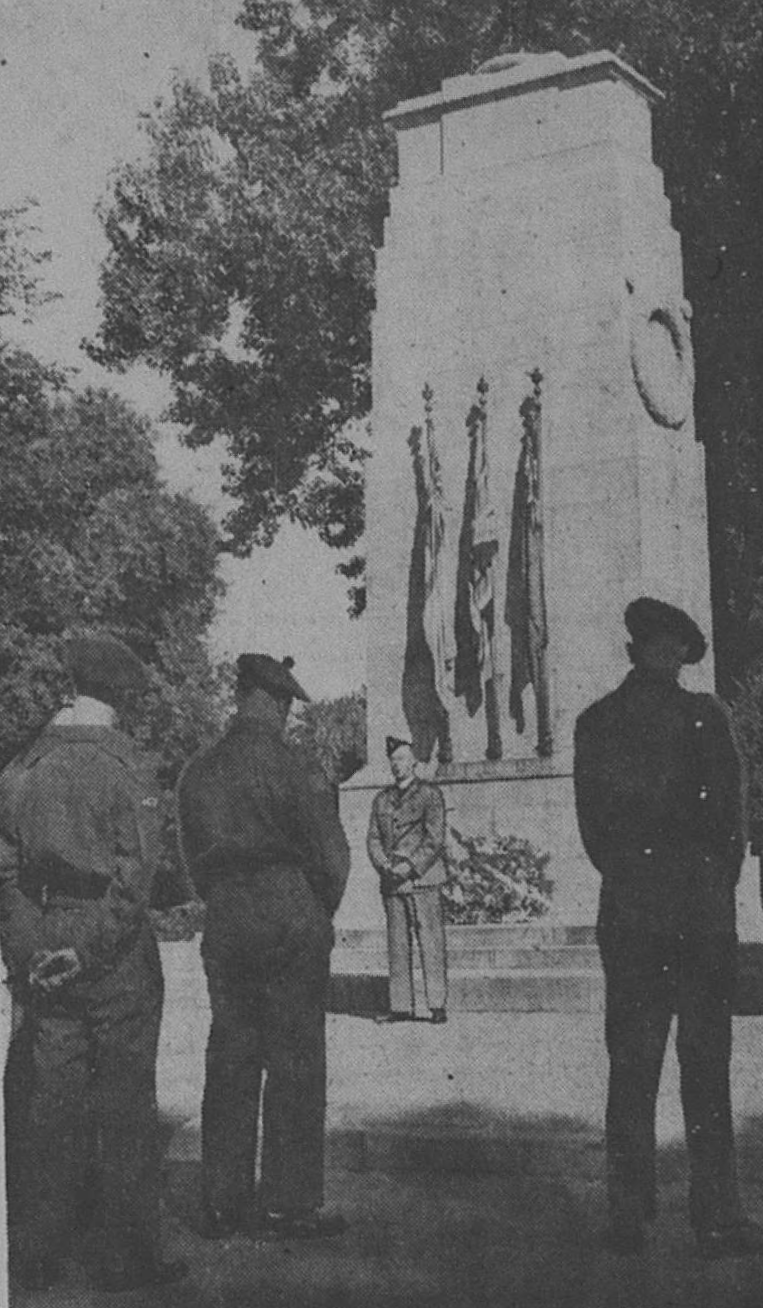 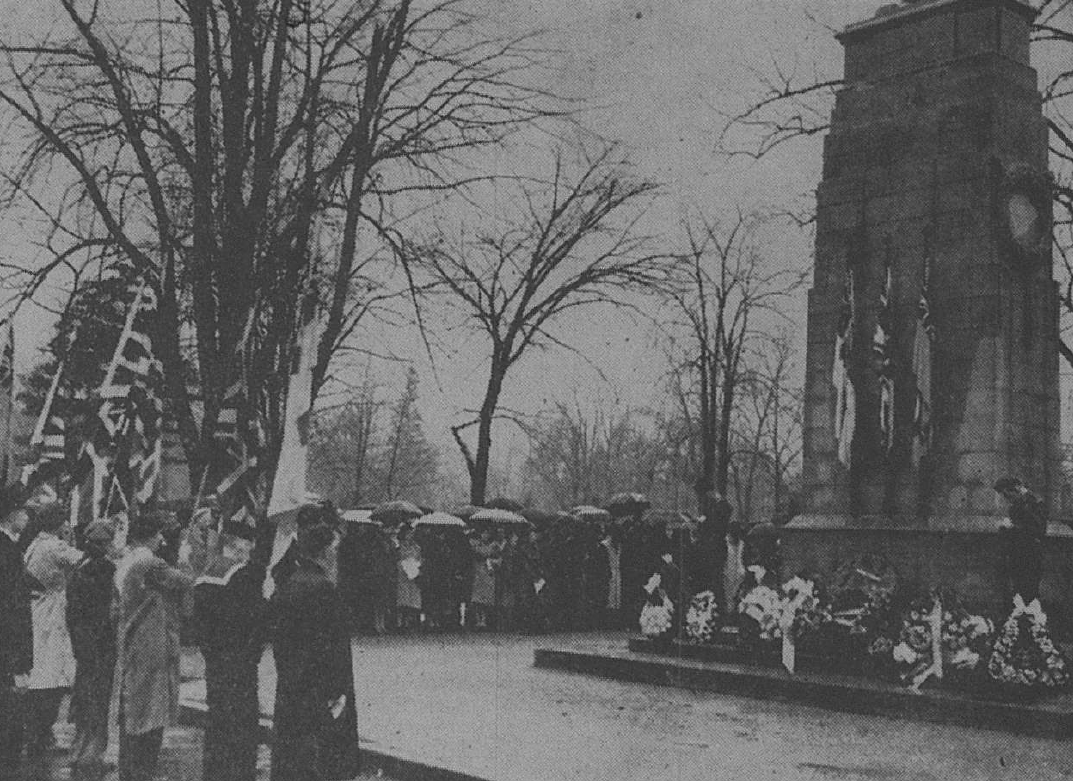 In 1920, a cenotaph was unveiled at Whitehall, in London, England to honour the dead of the First World War. Its design was the inspiration for numerous cenotaphs across the globe, including the one in Victoria Park, which was originally a smaller replica of the monument in London, England. The Victoria Park Cenotaph retained the same design as the original cenotaph, including inscriptions, until the 1950s when it began to be modified.

The Victoria Park Cenotaph was first unveiled on November 10th, 1934, after a campaign by the London chapter of the Imperial Order Daughters of the Empire (or IODE) to build a monument to those who died overseas during the First World War. The IODE is a charitable organization that was formed to encourage both Canadian patriotism, and loyalty to the British Empire. They actively supported Canada’s troops during the two World Wars by raising money for medical and personal supplies among other contributions. Following both wars, they turned their attention to supporting veterans, as well as their families, and commemorating those who died in defense of Canada and the British Empire.

Londoners gather around the cenotaph every year on November 11th to observe Remembrance Day. In 1946, it was decided that an inscription for the Second World War would be added to the monument so it would also recognize those who fell during that war. The British did the same with the original cenotaph in England, so the exact inscription was replicated here. Even before the war ended, veterans’ groups in London, including those that represented both men and women, began to take part in Remembrance Day ceremonies at the cenotaph, and they continued to do so after the war was over.

Feel free to remain at this stop as you can observe both London City Hall and London Life from this location.