The Issue of the London Free Press declaring Victory in Europe, May 7, 1945. 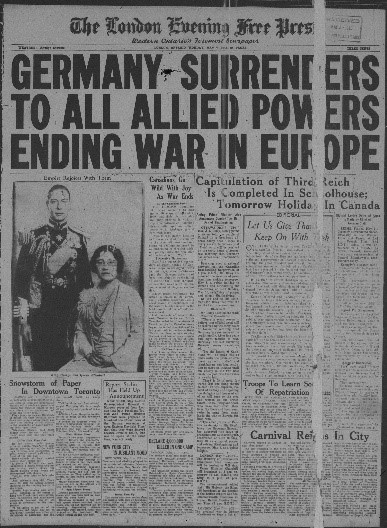 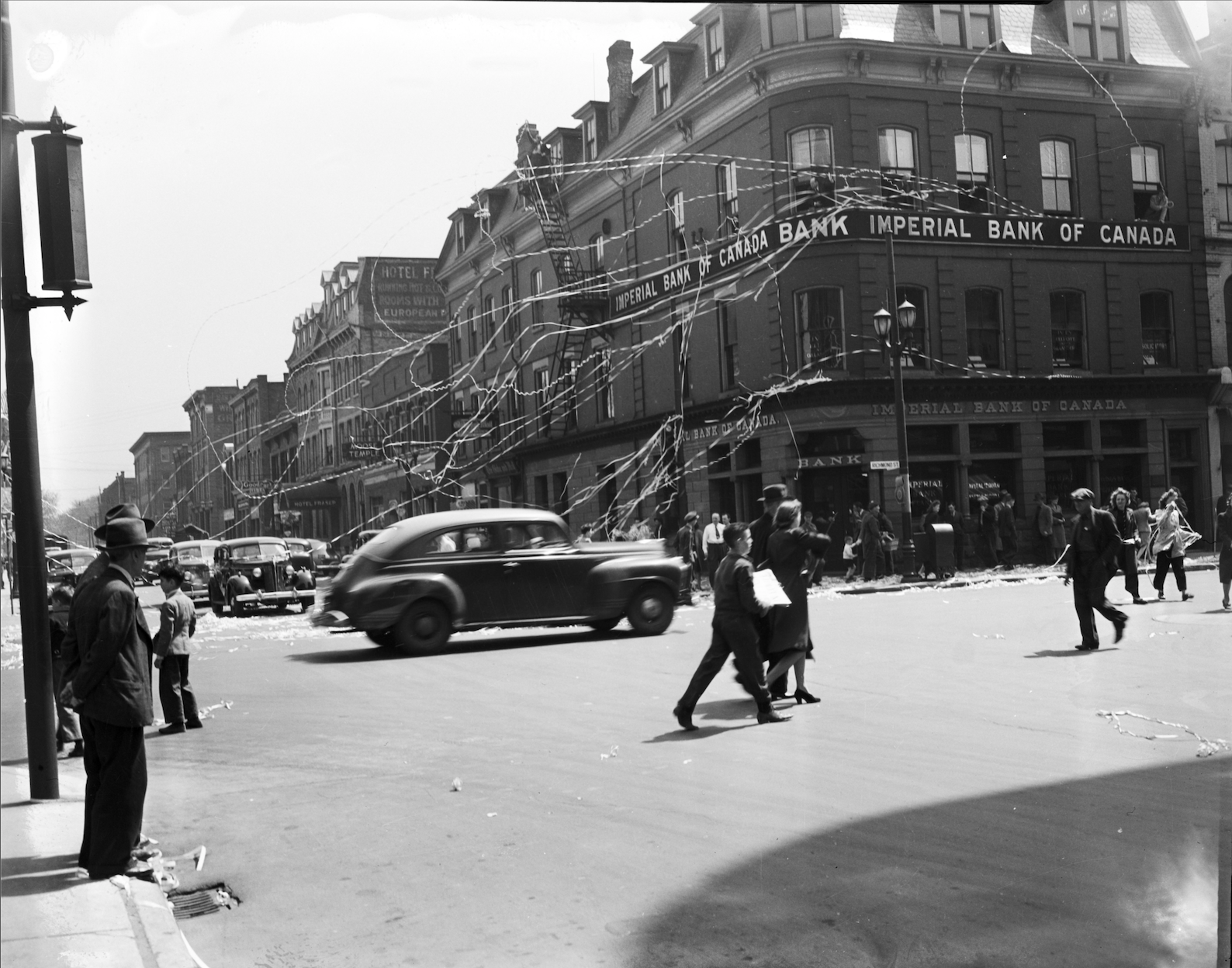 Photo of the Victory in Europe Celebrations in at Dundas and Richmond, May 8, 1945. 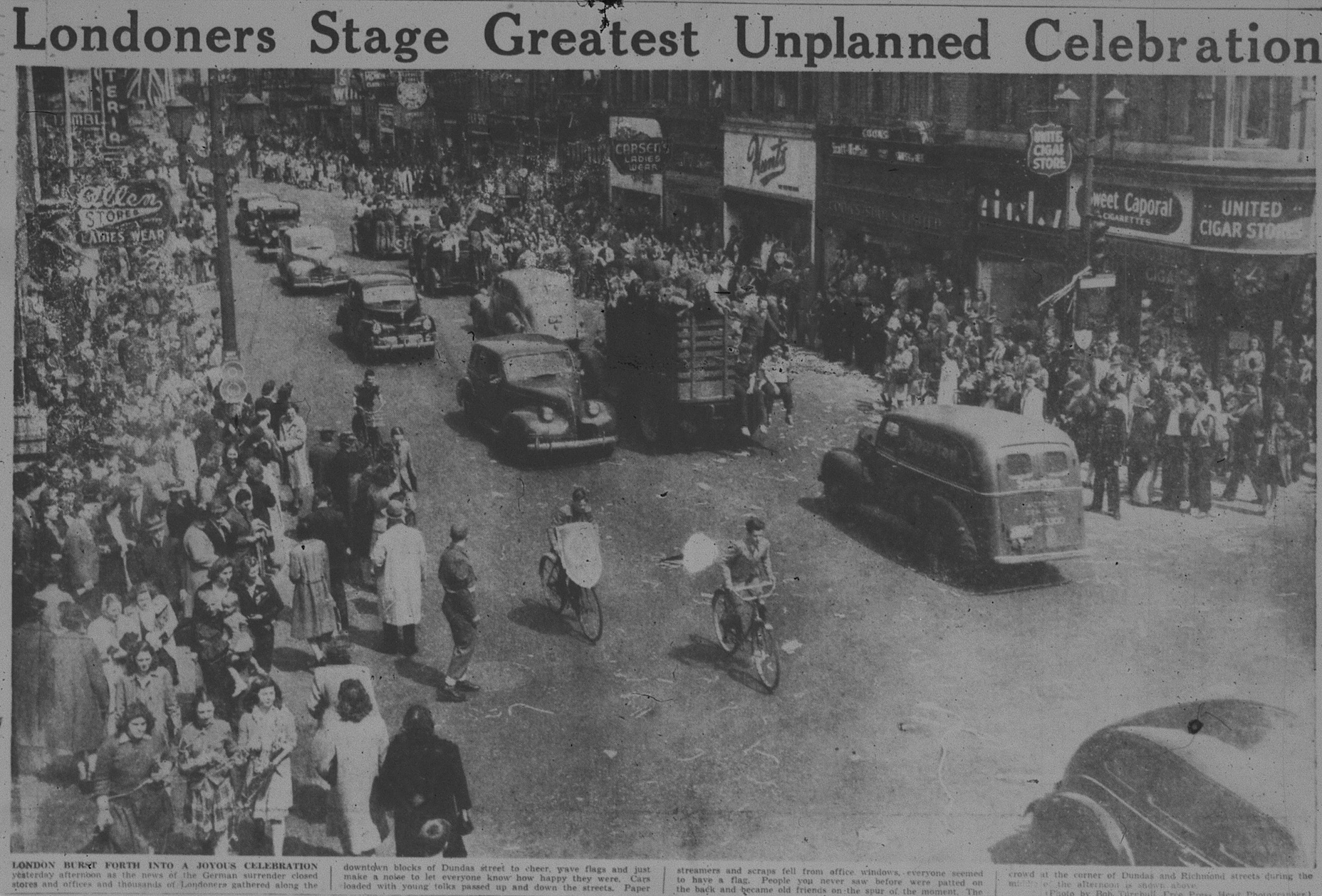 A group of women celebreating Victory in Europe day in London, May 8, 1945. 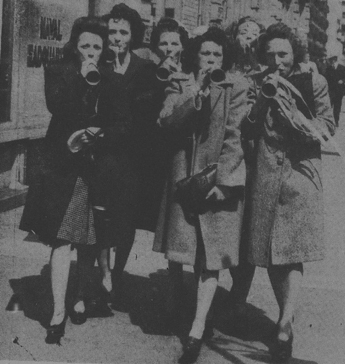 The entire city of London burst into celebration upon receiving the news of Germany’s surrender to the Allies. The London Free Press reported that “London threw away its inhibitions yesterday afternoon, and everyone joined in the carnival spirit which ruled through the downtown section.” For a day and a half, Londoners gathered along the downtown blocks of Dundas and Richmond to cheer and celebrate. Schools across the city closed to accommodate the festivities and the “hello girls” working at the local Bell switchboards were swamped with callers phoning the Free Press to confirm that the good news was true.

Although the defeat of Nazi Germany was a joyous time for celebration, a significant hurdle remained. More than one million Canadians were serving in all branches of the armed forces, including an estimated 80,000 from London and Western Ontario. How would these men and women return and reintegrate back into civilian life – to “civvy street”?

With memories of disgruntled World War One veterans lingering in the Canadian national memory, the Liberal Government of Prime Minister Mackenzie King sought a better outcome. On December 8th, 1939, less than three months after war was declared, King established a committee to “give full consideration to and report upon… the problems which will arise from… demobilization and discharge.” In October 1940, the Federal Government established the General Advisory Committee on Demobilization and Rehabilitation to coordinate the state’s efforts. Robert England, a twice-wounded veteran of World War One and Executive Secretary of the General Advisory Committee, felt that politicians in Ottawa had to “learn some lessons” in creating effective and thorough rehabilitation plans for returning veterans.

A soldier’s place in the queue to go home was established using a points system: two points for each month of service in Canada, three points for each month of service overseas, and it increased by 20% if the soldier was married. In theory this would ensure “first in, first out” – but many waiting to return questioned the fairness of the process. In July 1945, General H. D. G. Crerar, commander of the First Canadian Army in Holland, ordered “an immediate halt to all bickering and argument arising from the Government’s repatriation scheme.” Only two months after Victory-in-Europe Day, the repatriation scheme was already running a month behind schedule! The reaction to the scheme had reached “fever pitch as a result of riots in Aldershot, where Canadian troops objected to the speed with which they were being dispatched home.” Roughly 125,000 Canadians remained stranded in Europe at the end of 1945 – most of whom had hopes of being home for Christmas.