The United States Post Office and Courthouse in Billings, which was constructed in 1914 (and expanded in 1932 and 1940), is a fine example of Second Renaissance Revival architecture. The building is three stories tall and features a buff-covered limestone facade. The courthouse is also significant as the city's first federally constructed post office. It was added to the National Register of Historic Places in 1986.

The United States Post Office and Courthouse was erected in 1914 and is listed on the National Register of Historic Places. 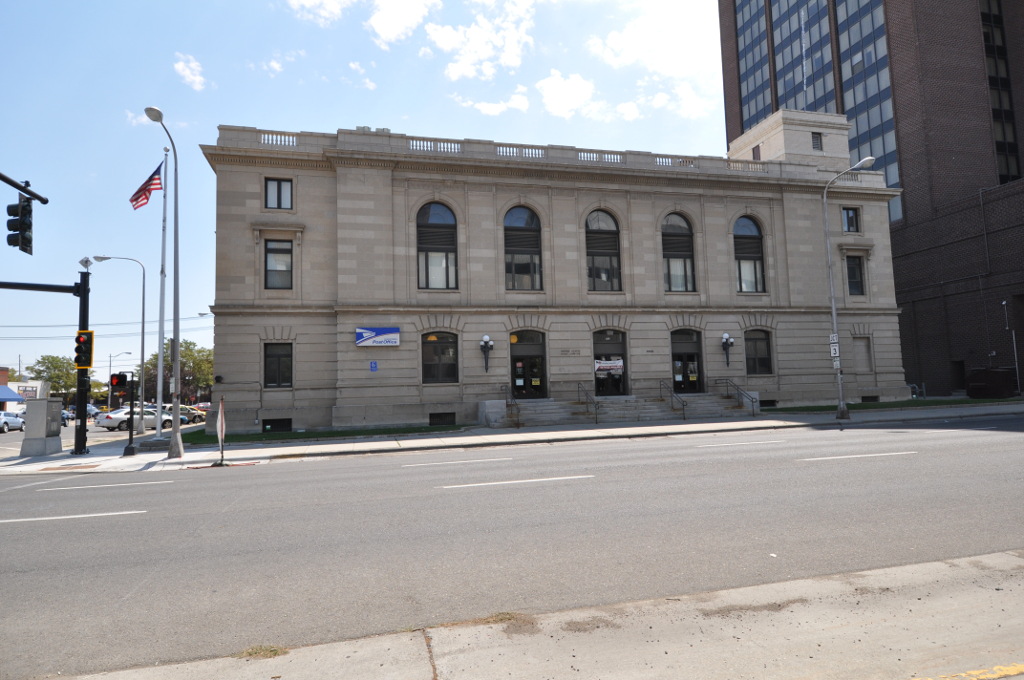 The courthouse is also historically significant for what it represents. The federal government built it at the height of Billings' growth during the early 20th century, and its construction symbolized the city's increasing importance as a key economic center for eastern Montana. Frederick Billings, for whom the city is named and the president of the Northern Pacific Railroad, founded the city in the early 1880s. The railroad served as the catalyst for the city's rapid growth as ranchers and farmers could easily ship livestock, grain and other products to markets. The population rose to well over 3,000 by 1890 and would continue to grow in the following decades, demonstrating to the federal government that it was not simply a boom-and-bust town, but a stable community worthy of federal presence.