Built approximately in 1785 by John Gadsby, this tavern played a part of the lives of our founding fathers. Founding fathers such as Thomas Jefferson, John Adams, and George Washington are recorded as visitors of this tavern. This tavern survived the Revolutionary War completely intact, and flourished in the new country. The tavern was transformed into a museum during the twentieth century after facing the possibility of demolition. The site remains a part of the historic district of the city Alexandria, and still functions both as a restaurant and as a museum. Restored to the similar internal structures of the original facility, the tavern represents the relationship the past has with the present.

The Gadsby Tavern and Museum 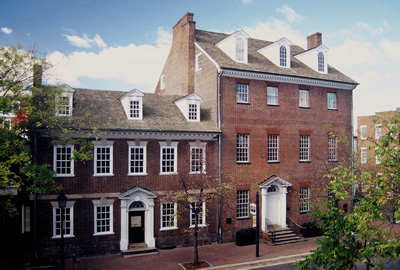 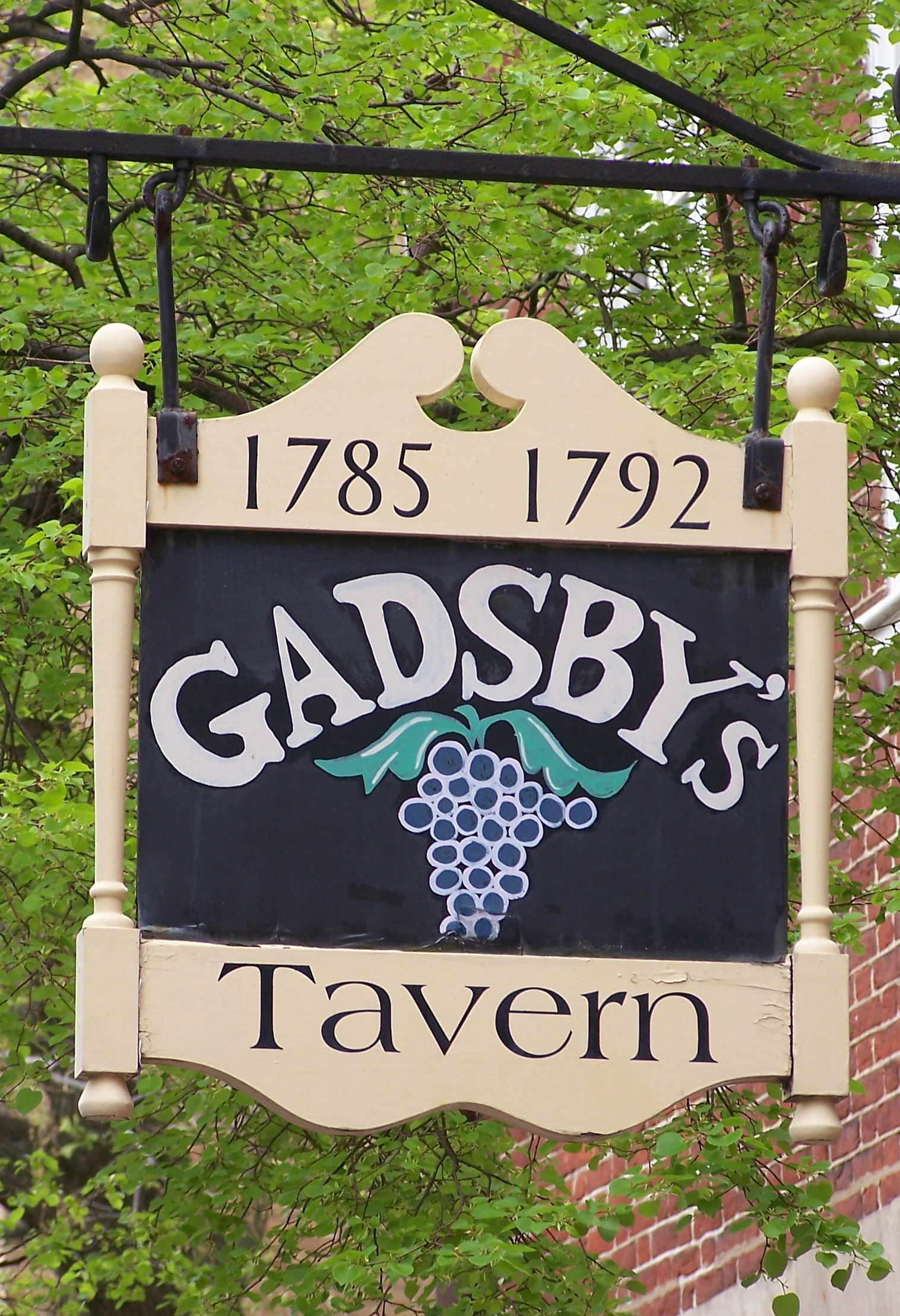 Gadsby's Tavern is a historic commercial building located in Old Town Alexandria, Virginia. The site actually consists of two buildings: a tavern built around 1785 (enlarged in 1792), and the 1792 City Hotel. The tavern is named for John Gadsby, who leased and operated the tavern and hotel from 1796 to 1808.

Gadsby's was not the first tavern built on this location, having been preceded by the Mason's Ordinary (1749 to 1752), and another tavern which operated in the 1770s. In 1782, John Wise purchased the defunct lot on which he constructed the existing Georgian-style tavern in 1785 and the Federal City Tavern in 1792. The City Tavern, which was the most popular tavern in Alexandria at the time, was leased by Englishman John Gadsby in 1796. When he renewed the lease in 1802, he extended it to include the smaller building.

As an important hub of social, economic, political, and educational life of the city of Alexandria, this popular establishment was frequented by some of the most notable individuals in early American history. George Washington was a regular guest at Gadsby's, and he twice attended the annual Birthnight Ball held in his honor. John Adams, Thomas Jefferson, James Madison, James Monroe, and the Marquis de La Fayetteare also counted amongst the distinguished guests of Gadsby's Tavern.

Following John Gadsby's death in 1815, ownership of the tavern passed to a number of different individuals. The buildings served as taverns, lawyers' offices, auction houses, and perhaps even as hospitals during the American Civil War. By the turn of the 20th Century, however, the tavern had fallen into complete disrepair and housed various retail shops.

On May 21, 1917, the Metropolitan Museum of Art in New York City moved the tavern's historic ballroom to New York. The Met also purchased additional architectural elements, such as the unique musicians gallery, cornice, door frames, and several mantelpieces. The American Wing on the Metropolitan Museum of Art opened a permanent installation of the recreated Gadsby's Tavern Ballroom on November 11, 1924. Original ballroom woodwork from the tavern is still on display today.

Threatened with demolition, F. Clinton Knight and the American Legion Post 24, along with other groups, began extensive restoration efforts to save the tavern. Reopened in 1976, Gadsby's Tavern now houses American Legion Post 24, a cultural history museum about the early American life in Virginia, and a restaurant. The restaurant is located in the original dining room and serves a mix of period and modern foods. Nearby is St. Paul's Cemetery, where a table-like grave marker for the "Female Stranger" is located. According to local legend, the ghost of the woman buried there haunts the cemetery and the room in which she died, Room 8 of Gadsby's Tavern.

Gadsby's Tavern is part of the American Whiskey Trail.