The Bank of Alexandria is a historic bank in Virginia’s city of Alexandria. Built in 1807, it is noted that it was possibly Alexandria’s most expensive building at the time of its construction. In the 1840s, it was converted for use as the Mansion House Hotel. On April 17th, 1973, it was designated on the Virginia Landmark Register, and on June 4th, 1973, it was added to the National Register of Historic Places.

The bank building in 2009 ((By The original uploader was Ser Amantio di Nicolao at English Wikipedia [CC BY 3.0 (http://creativecommons.org/licenses/by/3.0)], via Wikimedia Commons)) 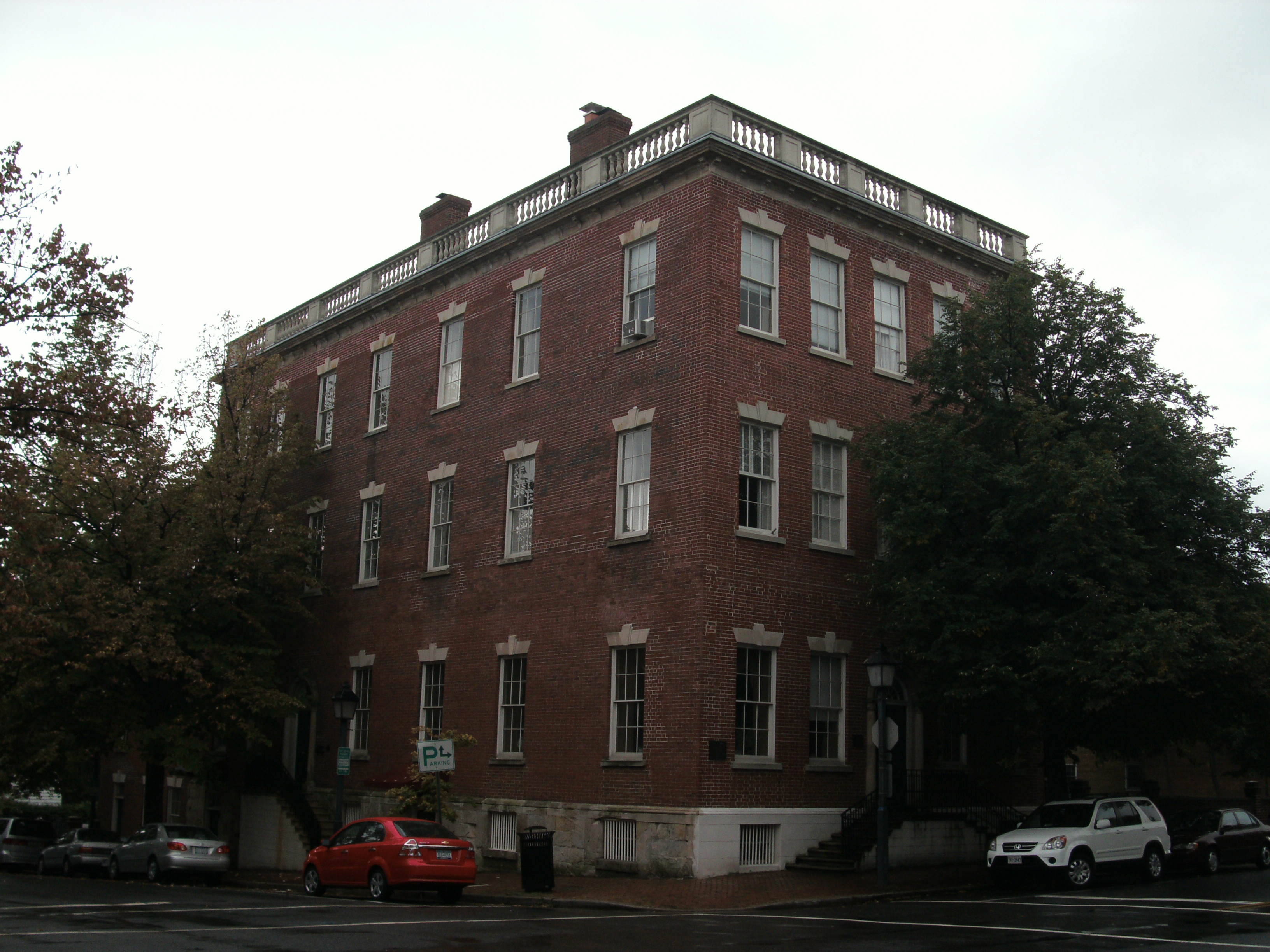 On November 23rd, 1792, an Act of the Virginia Assembly established the Bank of Alexandria. The bank did not have a building of its own as of the time of its establishment, and as a result, it initially inhabited a building at 305 Cameron Street in Alexandria. At the time, a bank building was being planned for construction, and plans were finally drawn up for a building that would ultimately cost $50,000, making it the most expensive building in Alexandria at the time of its eventual construction. After extensive planning and design, it was finally built in 1807. Following the construction of the bank, one of the bank’s founders, William Herbert, served as the president of the bank for twenty years, and also went on to serve as the mayor of Alexandria from 1809 until 1812.

Almost immediately after the bank’s opening, it sold all of its shares within a span of two hours. The bank would go on to be successful for a time, but in the 1834, the bank failed and transferred its holdings to the United States Government. Following the closure of the bank, a revival of the building as a bank was not attempted, and instead, in the 1840s, it was converted into a hotel, for use as the Mansion House Hotel. On April 17th, 1973, it was designated on the Virginia Landmark Register, and on June 4th, 1973, it was added to the National Register of Historic Places.