St. Paul’s Episcopal Church is a historic Episcopal church located in the Old Town area of Alexandria, Virginia. Built in 1818, the church is particularly significant for being the only nearly untouched Gothic Revival-style building designed by famed architect Benjamin Henry Latrobe. On May 9th, 1985, it was added to the National Register of Historic Places. Today, the church continues to serve and be a driving force in its community for its congregation. 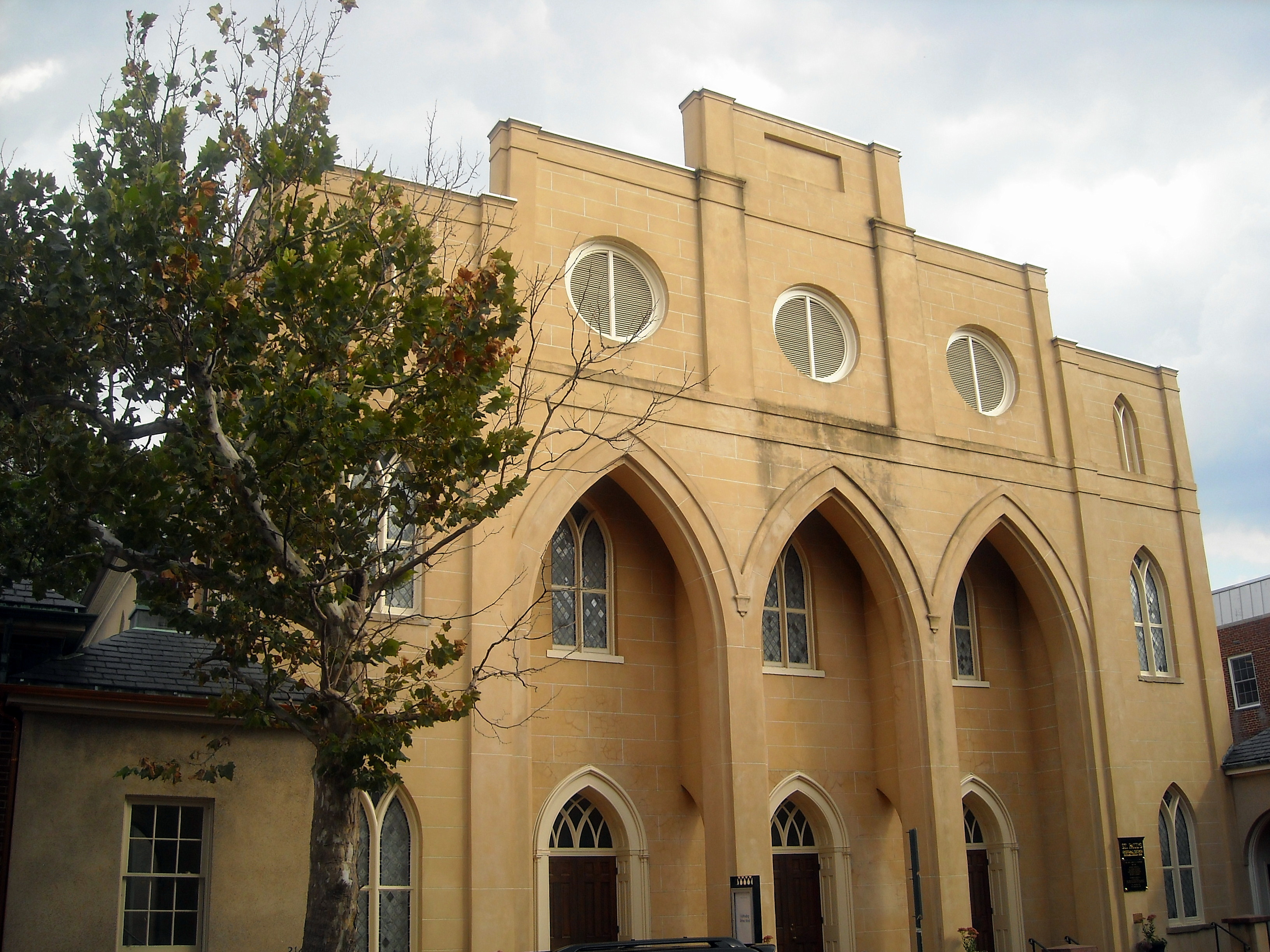 St. Paul’s Episcopal Church was founded on November 12th, 1809, due to a split in the congregation of the pre-existing Christ Church. The split had come about due to the resignation of Reverend William Lewis Gibson in October of that year, due to some of the congregation taking issue with his clerical garb, as well as with the way that he delivered his sermons for worship. Reverend Gibson’s leaving took about half of the congregation with him, and they established a new church of their own in an unused meeting house down on Fairfax Street. The church actually flourished, and by 1817, the congregation had grown so much that it was clear that a new building was needed. The pastor at the time, Reverend William Holland Wilmer, D.D., was a close friend of the architect Benjamin Henry Latrobe. Wilmer contracted Latrobe to design a church for the St. Paul’s congregation, the designs were out in 1817, and the church itself was finished in 1818.

After the completion of the church, St. Paul’s continued to flourish like ever before, despite the onset of a national depression, and would continue to do so over the coming century. The church was active in the community, devising outreach programs, establishing a theological seminary, and even opening a school for African Americans. The church continued to shine well into the 1900s, and on May 9th, 1985, it was added to the National Register of Historic Places. Today, the church continues its history of community outreach and education.